mgriffin2012
6 years
Thanks mate, will give it my best shot!
Login to Quote 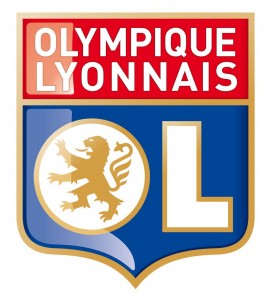 Olympique Lyonnais
Round Of 32 Result: 2-1

Fans Verdict: ”Marseille are obviously a side we know really well and its going to make for two fascinating ties. We’ve not had the best of records against them in recent years but hopefully that can change going into this game because I know for sure that we would love to get one over them. Whether it will happen I don’t know, and I think it will depend on who scores more goals in the away leg.” Predicted Result: Lyon Victory On Away Goals.


OLYMPIQUE DE MARSEILLE
Round Of 32 Result: 4-2

http://i1017.photobucket.com/albums/af298/Mg1001/Olympique%20de%20Marseille%20Manager%20Story/Uploads/Stade20Velodrome.jpg
Fans Verdict: ”Everybody was really excited to see us draw Lyon in this round, because they’re so close in the grand scheme of things. So for us, it’s a big tie and one that we all feel we can win because we have a good record against them under Christophe Galtier and to be honest we do have a much better line up than they do and if our star players turn up then this should be an easy victory for us.” Predicted Result: Marseille Victory.

mgriffin2012
6 years
Yeah not going to be easy, not at all!
Login to Quote

UEFA EUROPA LEAGUE ROUND OF 16 UPDATE

It will be Olympique de Marseille who came away as the happier side after a 0-0 draw against Lyon in the First Leg of the Europa League Round of 16. In a tense affair at the Stade des Lumieres, neither side created many clear cut chances in which they should have scored although Asmir Begovic was the hero for Christophe Galtier’s side in the first 30 minutes as he made a fantastic double save from Nabil Fekir and Mathieu Valbuena. However after the initial 30 minute burst, neither side was able to break the deadlock and the game is finally poised heading into the second leg at the Stade Velodrome.
It was a hard fought draw and whilst we may not necessarily have played our best we can still be happy. Its now 6 games since we last conceded which is a great defensive record and one we can be very happy with and if we defend as well as we can next week at home, then we will be in the draw for the Quarter Finals, I have no doubt about it.

79: R. Cabella
Olympique de Marseille eased into the Quarter Finals of the UEFA Europa League with a crushing victory over David Moyes’ side Olympique Lyonnais. In a game where Marseille didn’t have to worry about defensive issues, having kept 7 clean sheets in their last 9 games, Marseille took the lead after only 3 minutes when Brice Dja Djedje squared the ball for Michy Batshuayi who laid the ball off to Remy Cabella who smashed the ball past Anthony Lopes in the Lyon goal. Marseille doubled their lead and put all the pressure on Lyon as Romain Alessandrini volleyed the ball home to make it 2-0 after Brice Dja Djedje delivered another fantastic cross. The game resumed after half time at 2-0, but Marseille made it 3-0 after 50 minutes when Remy Cabella’s fantastic corner was met by the head of Adil Rami who headed across goal for Romain Alessandrini to bundle over the line and secure L’OM’s place in the next stage. However Marseille were not done there as after 72 minutes, Remy Cabella slipped Brice Dja Djedje free down the right wing who delivered the ball on a plate to Romain Alessandrini who completed his hat trick to make it 4-0. 7 minutes later Marseille were 5 up with a fantastic goal as Franck Tabanou played a long diagonal ball looking for Remy Cabella who took it down and curled the ball past Anthony Lopes in the Lyon goal to seal the 5-0 victory and confirm Lyon’s humiliation.
We are absolutely delighted with the result, we were fantastic going forward and once again we’ve been fantastic in defence. 8 clean sheets in our last 10 games is brilliant and now we’ve combined a solid defence with a flying forward line and we genuinely feel we can take on any of the remaining sides in this competition. 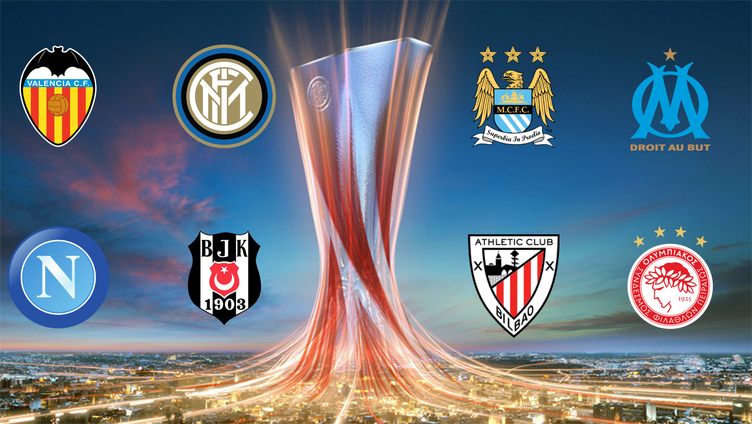 The draw for the Quarter Finals has once again thrown up 4 very intriguing ties with the potential for some fantastic Semi Finals depending on who qualifies from each of the Quarter Finals. The standout tie sees Spanish Giants Valencia, who last won the competition in 2004 meet Internazionale, the European Champions in 2010. Manchester City, who, on paper are the favourites for the competition, will meet Christophe Galtier’s Olympique de Marseille who have been in flying form of late. Two teams that will be favouring their chances of progressing from their tie, sees Napoli meet Besiktas in a tie that will be hotly contested, whilst Athletic Bilbao will entertain Olympiakos over two legs in a tie where either side will fancy their chances.

Griffo
6 years
Well... that was easy... hahahaha!
Login to Quote

but the quarter final is not going to be easy!
Login to Quote

Griffo
6 years
Yeh.. sorry I hope you get tooled (I'm a City fan)
Login to Quote

mgriffin2012
6 years
Yeah i know, i thought you might! Just hope my L'OM team can gain some vengeance for the league cup final!
Login to Quote

Olympique de Marseille edged into the Semi-Finals of the Coupe de France for the second year running to set up a thrilling tie against Paris Saint-Germain. It was a nervy game at the Stade Velodrome filled with a heated atmosphere as Montpellier suffered 2 sendings off but still managed to take the game to extra time. However their resistance was soon ended in the 96th minute when Marseille, who had been piling the pressure on, took the lead as Tiemoue Bakayoko slipped the ball to the edge of the area where he found Benjamin Mendy. The French left back then found Juan Manuel Iturbe who took a touch before firing the ball past Geoffrey Jourdren in the Montpellier goal to give Marseille the lead and the victory that sent them through to their second Coupe de France Semi Final in the 2 years of Christophe Galtier’s reign.

The tie of the round in the Semi Final draw is by far the game at the Stade Velodrome as Olympique de Marseille will host Paris Saint-Germain in a repeat of this seasons Coupe de la Ligue Quarter Final. Both sides represent the last two winners of the competition and are likely to make up the top two in Ligue 1 this season as both are hotly competing for the title. The winner of course will be taking on the winner of the second Semi Final, as FC Lorient host Troyes AC. FC Lorient beat Guingamp in the Quarter Finals, and will be hoping to add Coupe de France glory to a relatively unhappy season where they have battled relegation, and Troyes will be hoping to secure a place in the Final after starting the league season off so well before slipping away and fading into mid table obscurity.

mgriffin2012
6 years
Sick to the back teeth of drawing them now! Suppose you have to beat the best to be the best though so would have had to beat them at some point!
Login to Quote

Jack
6 years
Definitely believe that a win against PSG is more than achievable! Good luck

mgriffin2012
6 years
Thanks mate! Would be a dream to qualify for the final again, hopefully we can do it!
Login to Quote

47: E. Adebayor
There was an air of frustration around the visiting Olympique de Marseille fans as they failed to capitalise on PSG drawing with Bordeaux and Monaco losing. On a difficult away trip to Montpellier it was the 2012 champions who took the lead as Loic Perrin deflected the ball into his own goal after Deza had delivered the ball looking for Beriguad. However just after half time Marseille were level as Jonas Martin sent a long ball looking for Brice Dja Djedje who whipped a cross into the penalty area looking for Adebayor, and the Togolese forward smashed the ball home to level the tie at 1-1. This was how it ended as Marseille stayed in second position, 2 points behind reigning Champions PSG.

76: H. Ongenda
Olympique de Marseille finally took their opportunity and closed the gap on Champions PSG at the top of Ligue 1 as they beat Evian 3-1 after PSG had drawn 2-2 with Troyes. With Marseille knowing they could move joint top their play in the first half was that of a team under pressure however after 41 minutes they broke the deadlock when Abou Diaby headed home from Remy Cabella’s superbly delivered corner, with a powerful header. 3 minutes later, Cabella had doubled their lead after a brilliant through ball by Jonas Martin, and Evian never looked like pulling it back from there. After 12 minutes of the second half, Marseille were further in front as Adil Rami picked up Jonas Martins pass, slipped the ball back to Martin who looped the ball out wide to Bruno Peres who delivered the ball on a plate for Romain Alessandrini who scored Marseille’s third goal to seal the three points for L’OM. The only blotch on a perfectly good game plan for Marseille came when Ongenda fired a powerful effort past Asmir Begovic from the edge of the area as Begovic had been wrong footed and was unable to get down in time. Their clean sheet may have gone, but it didn’t mean that Marseille slipped, as they secured the 3-1 victory that moved them joint top of Ligue 1 and only behind PSG on goal difference.

56: J. Martin
Olympique de Marseille kept the pressure on league leaders PSG as they made it 10 clean sheets in their last 13 games with a very good display against Saint-Etienne. For large portions of the game it looked like the tie was going to stay deadlocked at 0-0 but Marseille’s breakthrough came after 56 minutes when Remy Cabella received the ball out wide and went on a mazy run through the Saint-Etienne defence and slid the ball through to Jonas Martin who smashed the ball home with venom to give Marseille the lead. The goal secured the three points for Christophe Galtier’s men against his former side as they closed the gap between themselves and PSG, although PSG were still to play on what for them would be Matchday 31. 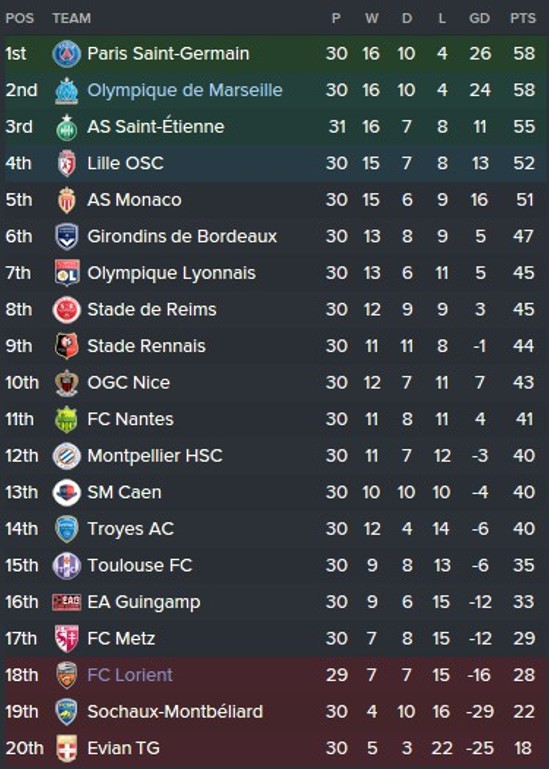 
It’s been another fantastic month where we’ve scored quite a few goals and been extremely solid at the back, only conceding twice in 6 games. In Ligue 1, we’re level with PSG with 8 games left to play for us, and we have to be confident that they will still slip up in their remaining games. All we can do is keep playing the way we are doing and hopefully we can run the Champions very close to the Title. We might not have been entirely convincing this month but we’ve still got 7 points which is good enough for what we’re wanting to achieve. In the Coupe de France, to be through to the Semi Finals is brilliant and to be meeting PSG again is going to add a lot more spice to the Semi Final but I am still confident we can edge past them at the Velodrome. In the Europa League we’re still going strong and the 5-0 victory over Lyon was one of the best performances I have seen from us this season. Next up for us though is a huge match at the Parc des Princes against PSG where hopefully we can give our title chances a real boost.