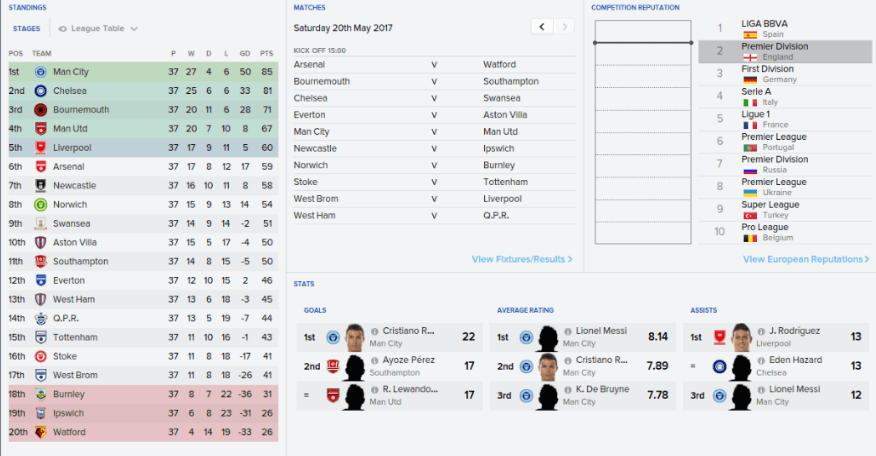 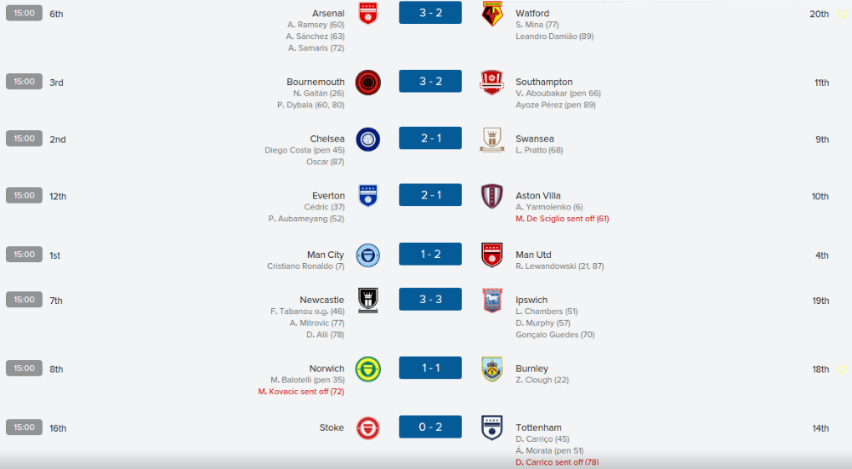 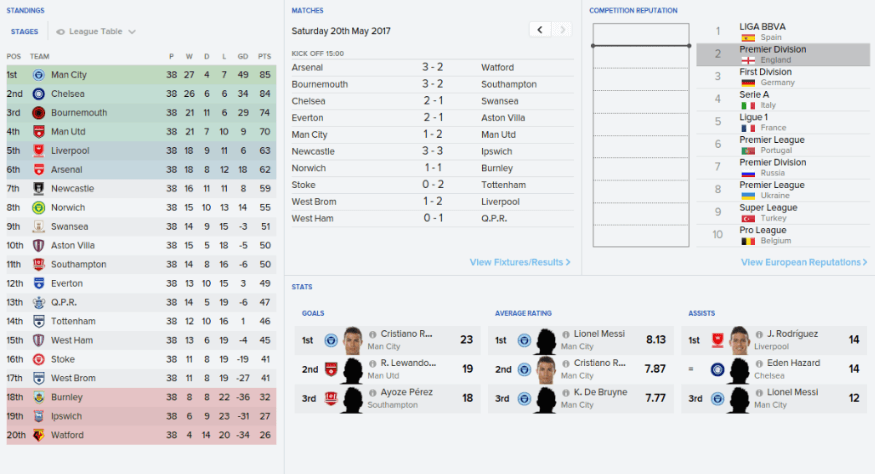 We have reached the end of the Second Season! Thanks for everyonewho is taking part and good luck in the upcoming transfer window! 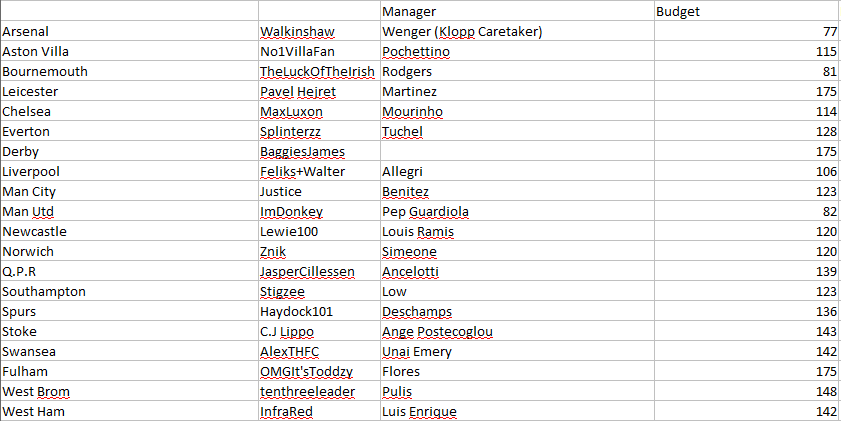 You are allowed to bid on upto FIVE foreign Transfers and FOUR Lower league signings.

In this window you may also get a Director Of Football if you want too as long as they are in that job only and do not work in the Premier League already, this will cost you £15m though, out of your transfer budget

For £25m you may also up your reputation by 500. This would come out of your transfer budget too. You MUST PM me if you want the 500 and if you want a DoF you MUST PM me and post it on the thread a they are first come first serve.

The Window will close on MONDAY 8TH FEBRUARY @ 10am UK Time 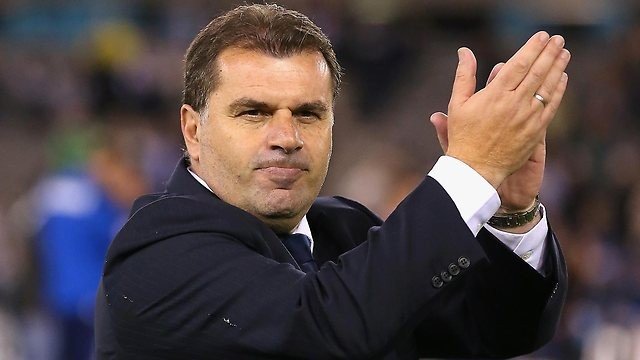 After heroically saving Stoke City from relegation, Australian manager, Ange Postecoglou, has today announced he will leave the club amidst interest from Spanish giants, Real Madrid.

In a brief statement to media, Stoke chairman, Mark Viduka, thanked Postecoglou for his tireless efforts in ensuring the Potters maintained their Premier League status & wished his countryman all the best in his pursuit of the Real Madrid Job.

"Obviously, we don't like to lose a manager of Ange's ability but we also cant stand in his way when such a fantastic opportunity arises.

We have identified Roberto Mancini as Ange's replacement & have recently agreed a deal to bring the Italian back to the Premier league.

It will be a big ask for Roberto to try to fill Ange's shoes but that was going to be the case whoever we hired. We don't expect Roberto to perform at the same level as Ange, just to do his best." Viduka revealed.

How will the post Postecoglou era fair for Stoke? Tune in to our coverage of the EPL to find out!
Login to Quote 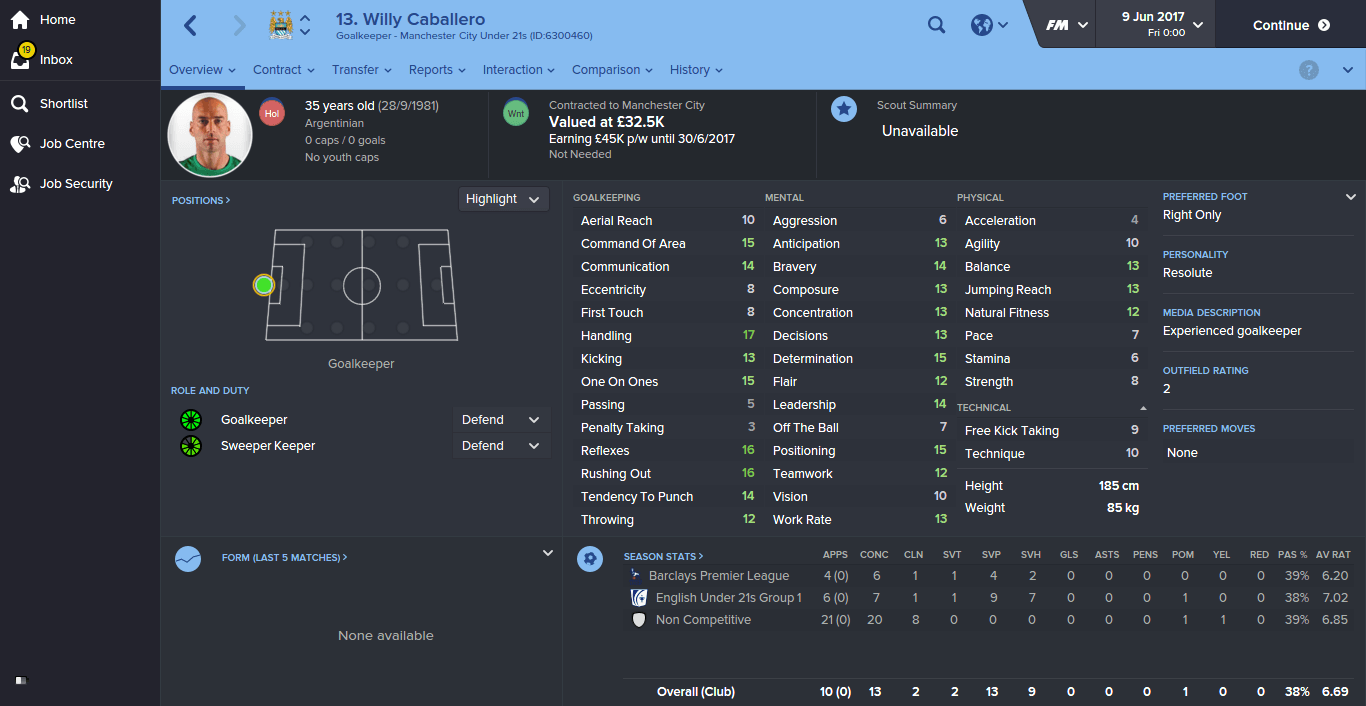 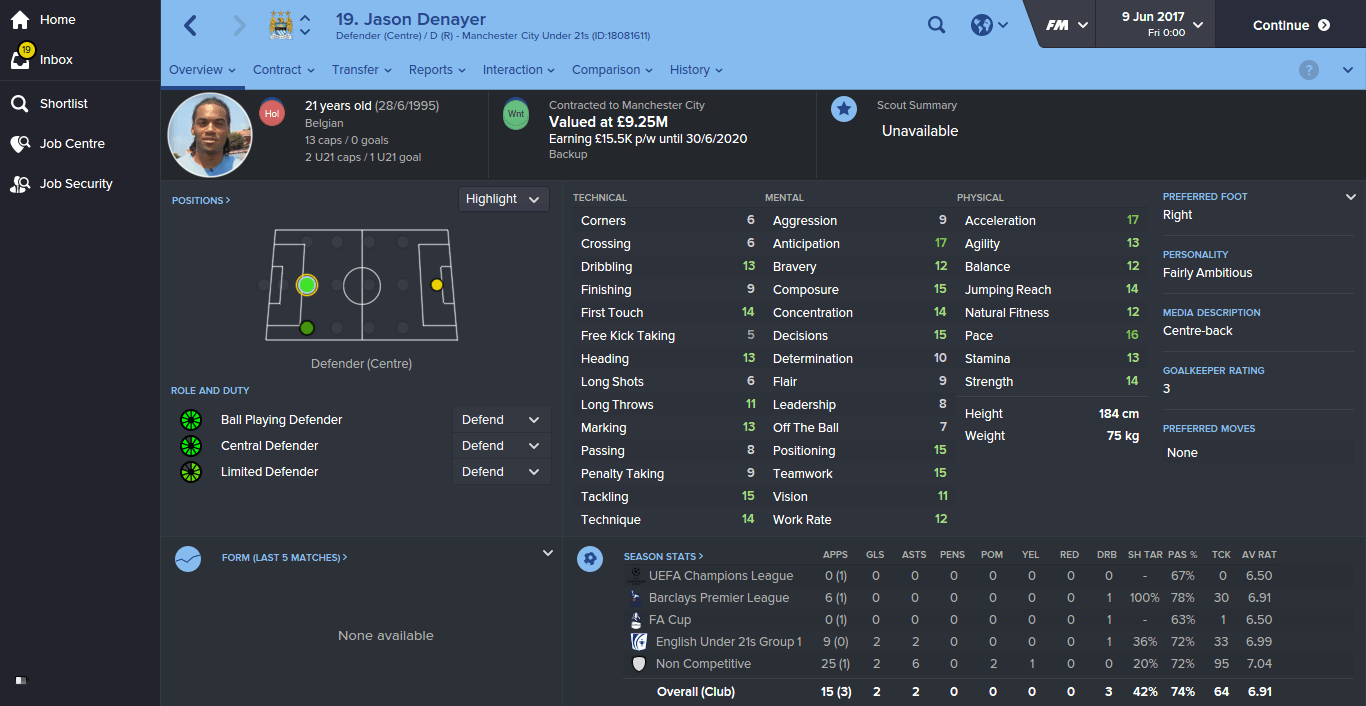 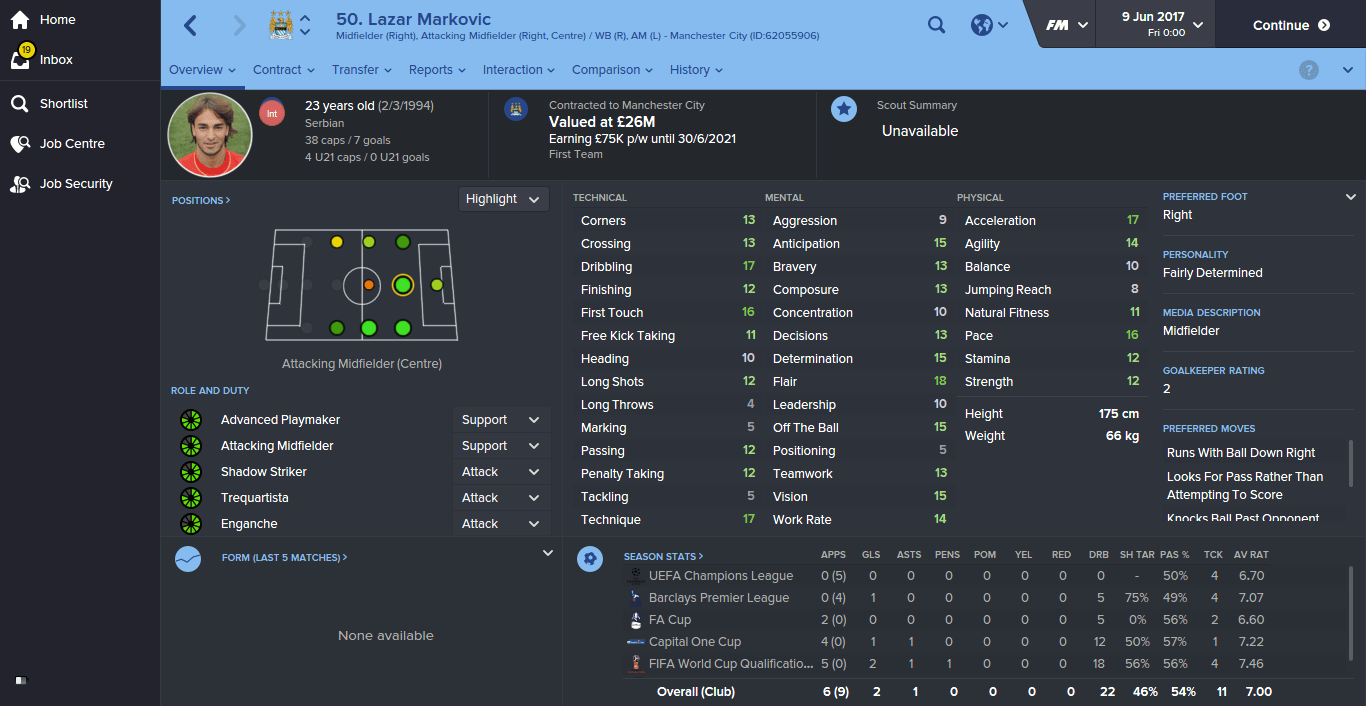 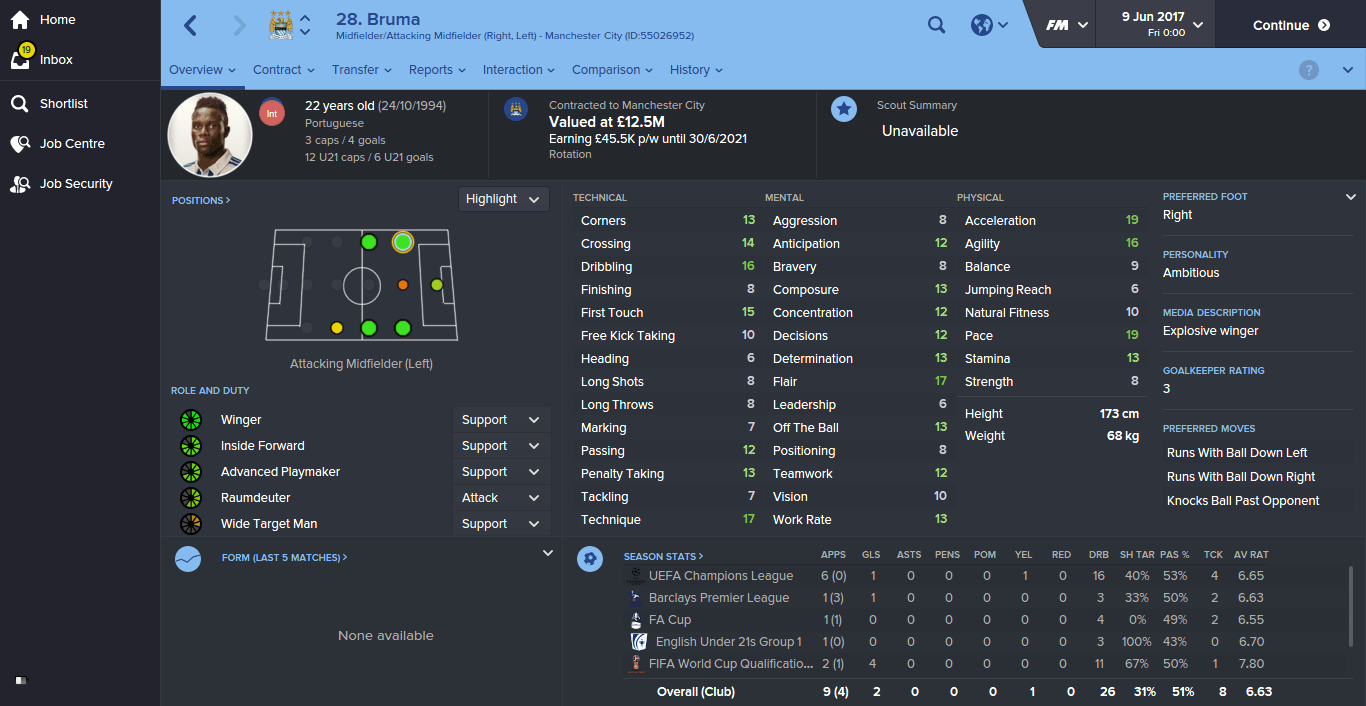 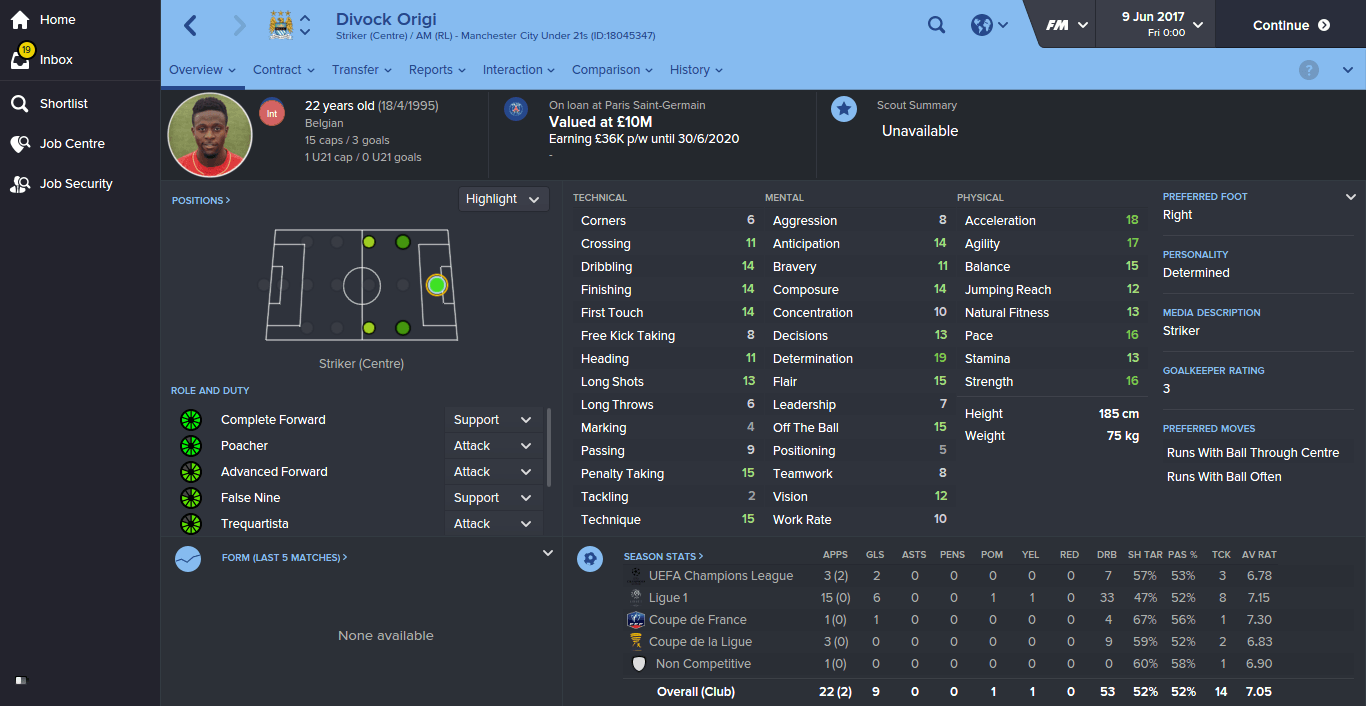 City Get Their Man

Manchester City chairman Neville Longbottom has caved in to Liverpool's demands for captain Jordan Henderson, paying the incredible asking price of £42 million. The Citizens have admired Henderson for well over 3 seasons now, but the Reds have held out for big money - which has now been paid.

Henderson competed with players such as Paul Pogba, Arturo Vidal, Coutinho and James Rodriguez for a role in central midfield. Liverpool chairman Bruce Wayne was said to be a big fan of the player, but reluctantly accepted City's offer as the money was too good to turn down.

Liverpool fans grew to admire their captain, who wore his heart on his sleeve. However, they too agree that the price that they received is substantially higher than his value and that it could be reinvested into the playing squad. Jack Wilshere is reportedly Liverpool's number one target to replace Henderson at Anfield.
Login to Quote

Manchester United have surprisingly sold the club to a businesswoman who has yet to be identified. The woman, who we believe earned her money by launching a successful shoe line, bought the club for a fee believed to be around £500M and will be set to fly to Manchester within the next 48 hours to finalise the takeover. United fans have been left bewildered as to who this woman is and why she has taken over, one said on Twitter, "Who the hell is this woman who has taken over at #United and just why has the club been sold AGAIN? #Drama"

Players have also been left a bit puzzled by the move, Chris Smalling told us in an interview, "It's really surprising because we weren't told an offer was even made. I mean, it's strange as well as we don't even know who this person is that's taking over, the gaffer is a bit worried too as he doesn't know if he'll be staying in charge either. We'll soon learn though and it'll be sorted out but these next 48 hours will be strange."

So another question left unanswered is why exactly did Ed Woodward and the Glazer family sell the club? We believe that the Glazers ran into a lot of debt due to unpaid taxes similar to the ongoing Lionel Messi tax scandal and in order to pay the fines they were ordered to pay, they sold the club. Now, why was nothing said before today we do not know, it's a mysterious time at Old Trafford for sure and nobody knows what's actually going on.
Login to Quote

AliciaWAFC
7 years
Yay, got all my players! Time to try and win the BPL