Justice
6 years
His physical attributes are amazing for this level, he'll certainly be a big boost to the squad!
Login to Quote


He's had a very good start that is for sure mate!

Yeah huge boost to this team, he's gonna be one hell of a player for us this year!
Login to Quote

Griffo
6 years
Solid crossing with a bit of speeeed, should do I good job if you put him in the right tactic!
Login to Quote

C.J.Lippo
6 years
Aww man, this seriously has me pining for the glory days of Vince Grella & Mark Bresciano!
Login to Quote

Going to be used as a right wing back ideally so he should fit right in mate!

Those glory days will be back in the near future....believe!
Login to Quote

- Defensive Solidity The Key For Parma 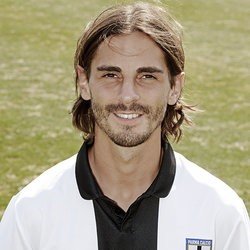 A flying pre season for the 26 year old striker who has scored 4 goals in just three appearances over the course of the summer, meaning that Parma have a forward in fine form going into their first season since their demotion from Serie A. If Melandri can continue to score goals the way he has done during pre season, who is to say that Parma won’t be finding themselves challenging for a place in the Lega Pro come the end of the season.

Matteo Guazzo. The 33 year old Italian striker tore his ankle ligaments during the club’s pre season campaign and will miss up to four more weeks through the injury with the away game at Legnago at the beginning of October the targeted return date for the forward.


A very good start to life at this magnificent club as manager for me. We’ve had a very good pre season playing against some difficult teams and although in reputation we might be a lot bigger than some of them, the level we are at in terms of league position is similar so it was a good set of tests for us. After coming through them relatively unscathed I am confident that in playing teams of a similar standard we can hit the ground running in Serie D and have our bid to return to the top of the Italian football pyramid up and running quite quickly. Off the pitch the squad have adapted well to the system we’re going to look at using and the new signings have adapted well and overall I am very happy with how our squad is looking. There is a long season ahead but boy I cannot wait to get started.

MJK46
6 years
Great start there man, hopefully I see positive results like that all season long
Login to Quote

Thanks mate, hopefully we can, but there is a long way to go just yet, a couple of promotions would be nice!

Cheers man, positive results will be a plenty this year...i hope

Griffo
6 years
Great month, should see you up high on that ladder!
Login to Quote

Live For FM
6 years
GOOD PRE Season mate.... the question is can you do it in the league?????
Login to Quote

Yeah a good month on the whole, just a shame about that one loss to a lower league team that has me worried

You'll have to wait and see

With the 2015-2016 edition of the Serie D season starting tomorrow, interest in the division is at an all-time high after former European contenders Parma FC were demoted to the division. The Crusaders, who as recently as 2013-2014 finished sixth in the highest division in Italian football, the Serie A, will begin their campaign at home to Virtus Castelfranco at the Ennio Tardini in front of an expected sell out. Here at Gazzetta dello Sport we thought we would give you a quick run through of how the fourth tier of Italian football works. 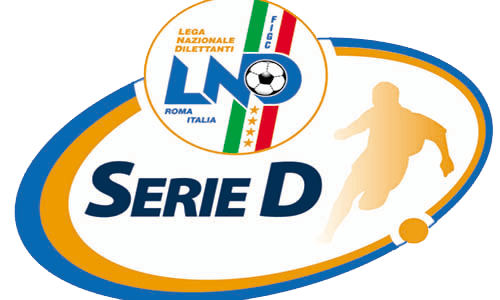 Serie D Information
Tier: 4
Teams: 171
Regional Divisions: There are 9 Girones in Serie D, with each hosting teams from various regions of Italy.

Promotion: The top team in each Girone wins promotion to the Lega Pro.

The Title: Once all nine Girone's have been decided, the winner from each Girone will be entered into a separate phase of the competition. The nine remaining teams will be split into three groups of three with all the teams playing each other once. The three group winners and the best second placed team will then contest the semi finals, with the winners of the two semi finals entering the final for the right to win the Scudetto and be crowned Serie D Champions.

Relegation: The bottom two teams in each Girone are relegated to the fifth tier, the Eccellenza, whilst the next four lowest ranked sides enter a play off to avoid relegation.

With 171 teams in the division, spread out over the nine Girones there are unsurprisingly some big names in the competition. These include the likes of Monza and Piacenza in Girone B, with both sides having stadiums holding between 18,000 and 22,000 people. In Girone C, Triestina are the biggest club, with their stadium, the Nereo Rocco holding 32,000 people. The biggest story in Serie D this season though will undoubtedly be that of Parma who were demoted from Serie A after their rebranding, with Paolo Vanoli’s side competing in Girone D this season.

On average there is 20 teams in each Girone, with every team playing each other twice.

The teams competing in Serie D, also have to stick to strict rules based on match day selection, with the information regarding that found below.

With only one promotion place per each Girone, the hunt for promotion to the Lega Pro is sure to be tight this year, and one that every supporter of one of the 171 clubs will undoubtedly be looking forward to. Remember it’s not all about your Milans and Juventus.

Yeah a real shame but we have a few forwards that can fill the gap so hopefully....
Login to Quote