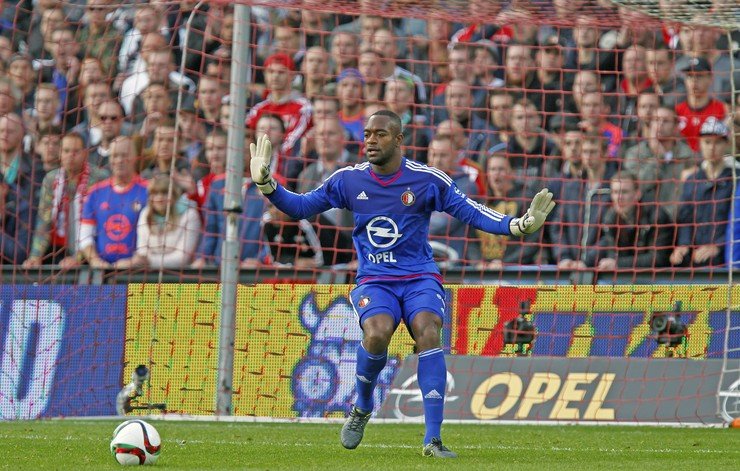 
Van Bronckhorst Updates Media On Squad Ahead Of Pre-Season


Feyenoord manager Giovanni van Bronckhorst today gave his first press conference after the return of Feyenoord’s first team squad to training ahead of the 2016/17 Eredivisie season. Perhaps the most notable item to take from the former defender’s briefing was the injury to Kenneth Vermeer during pre-season training. The first choice goalkeeper at de Kuip will miss 10 months with a damaged achilles tendon, meaning he is likely to miss Feyenoord’s bid for a first league title since 1999.

van Bronckhorst told the media: ”The squad on the whole is in very good shape ahead of what is going to be a very exciting season for us. However Kenneth has severely damaged his foot and unfortunately for both him and us he is going to miss pretty much the entire season. He is a big blow but we will find a way of coping with his absence and doing what we can to progress this year.

When asked about Feyenoord’s transfer plans for the summer, van Bronckhorst told the media. ”We are looking at a lot of players but the reality is that we will have to sell if we are going to buy many. I am very happy with the squad here at the minute so anymore transfer business is unlikely. We’re looking forward to our pre-season games and hopefully we can prepare well for our opening Eredivisie fixture.”

ScottT
3 years
Good to see you back mate, Feyenoord are an interesting team and I haven't actually seen a Dutch save this FM so let's see how things go. Wish you well

Thanks man, it's good to be back!

Thanks man, plenty more where this came from!

Cheers man! Yeah been looking at them a lot recently, what with them being close to winning their first title for a while! Well hopefully I can fill that gap well! 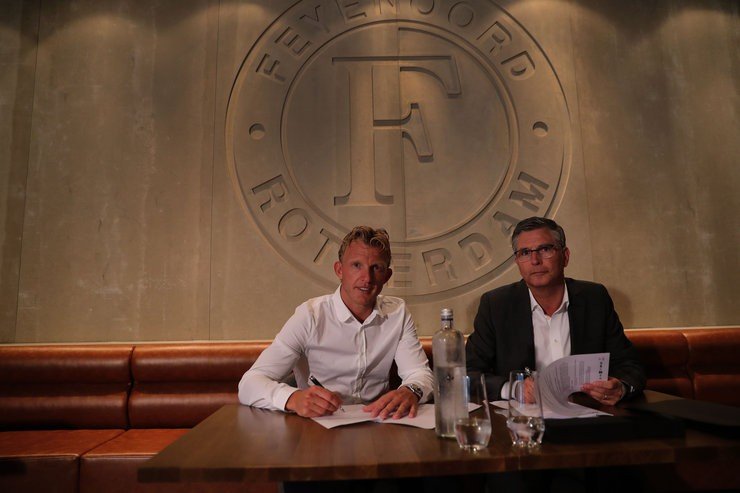 
Dirk Kuyt confirmed his commitment to Feyenoord by putting his signature to a new one-year deal on Tuesday afternoon. The 35 year old penned a contract that keeps him at the club until mid 2017 in the presence of his family and his agent. ”I accepted the challenge at Feyenoord last year with the most important ambition to compete for trophies.” said the club captain. ”Winning the cup has to be the start of something special.”

Cup Winners
The striker, who kept his word last year by returning to de Kuip, is confident that Feyenoord can win more trophies this season. ”We created something in this group last season,” says Kuyt. ”We experienced a dip, but we then went on a long run of unbeaten matches and we enjoyed a fantastic cup campaign. Success in the cup leaves you wanting more and I’m certain we can achieve that.”

Foundations
Kuyt is not the only player to extend his Feyenoord contract this summer. Other regulars Kenneth Vermeer, Karim El Ahmadi, Tonny Vilhena and Eljero Elia have also penned new deals with the club. ”That shows how much confidence the lads have in each other, in themselves and in the club,” says Kuyt. ”I’m delighted they are staying, because it’s important to keep hold of the backbone of a team. This team has solid foundations, while we also have a new striker in Nicolai Jorgensen.”

Appreciation
Technical director Martin van Geel praised the club skipper after the contract signing. ”Dirk showed just how valuable he is for Feyenoord last season. He is very important in the dressing room and on the pitch and as captain he has had a big positive influence on the other lads. We hugely appreciate Dirk and are delighted to have reached agreement with him on another year. We are looking forward together to a very good season.”

Not just to our young players but to the club in general, he still looks capable of bagging more than a handful of goals in the Eredivisie!
Login to Quote 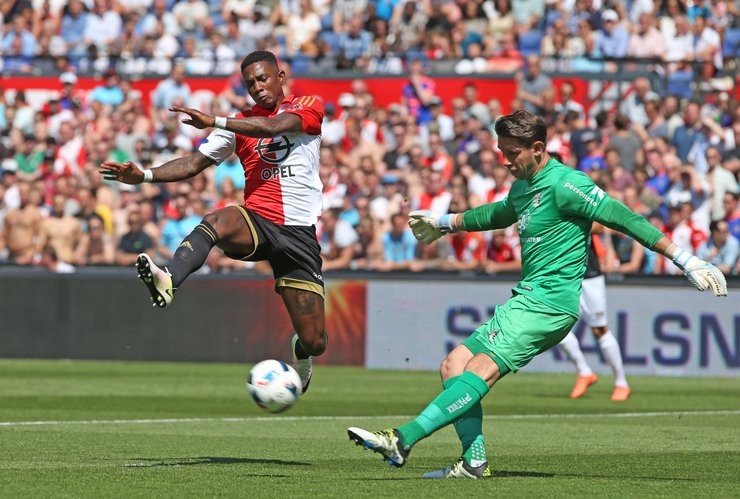 
Feyenoord have reached an agreement in principle with Australian goalkeeper Brad Jones on a one-year contract. The 34 year old will have a medical on Friday morning. If he comes through it successfully the parties are expected to sign the deal later in the day.

Jones became a free agent this summer after leaving N.E.C. at the end of the season. The 1.94m Australian international, who has four caps for the Socceroos, made 17 Eredivisie appearances for the Nijmegen outfit, who he joined on a six-month contract. Jones previously enjoyed a four-year stay at Liverpool FC, the club he was training with until this week.

‘After Kenneth Vermeer’s serious injury we had to act fast, also because Warner Hahn is out of action for some time too,’ said technical director Martin van Geel. ‘We only have two more fit keepers in Pär Hansson and Justin Bijlow, not enough in our view to start a season with lots of league, cup and Europa League matches. That’s why we immediately started looking for an experienced goalie, and we found one in Brad.’

‘Brad Jones brings a lot of know-how with him,’ said Van Geel. ‘Thanks to the half year at N.E.C. he knows the Eredivisie and he also has international experience, due to his Liverpool period among other things. Brad really wants to come to Feyenoord and we are delighted he is coming to strengthen us within such a short space of time.’

Justice
3 years
I do love me an mgriffin2012 story! Good to see you back and writing, good luck with this conquest!
1
Login to Quote

ScottT
3 years
Brad Jones... oh the memories. Let's hope he enjoys a better time in Holland than he did in England.
1
Login to Quote

Haha now you are the one who is being too kind sir! Thanks man, hopefully I can do your words justice

I hope so man, being a Liverpool fan I wasn't too kind to see he was my only fit goalkeeper but hopefully he'll prove me wrong!

I have faith! Can't do too much worse to be fair to the man! 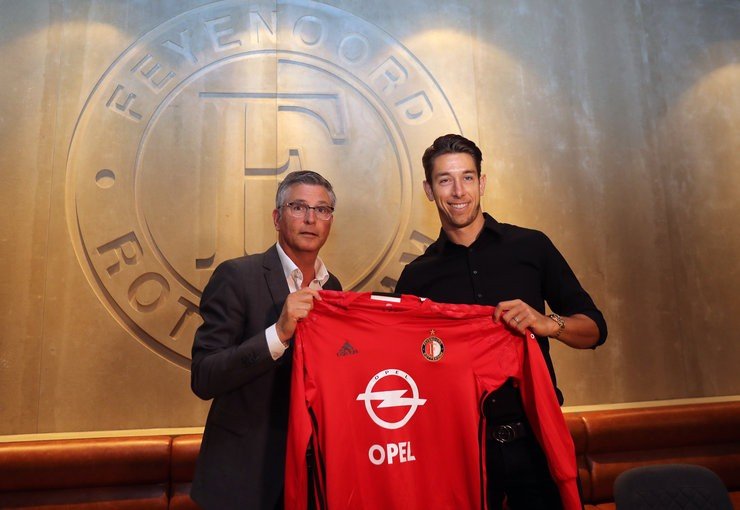 
Brad Jones put his signature to a one-year contract on Friday afternoon to strengthen Feyenoord’s goalkeeping options for the coming season. The 34-year-old will wear the number 25 jersey.

Jones penned his contract three days after Kenneth Vermeer was badly injured during a preseason training session. The club immediately launched a search for a new keeper. ‘It’s all gone very fast these past days,’ said Jones after signing the contract. ‘That’s made it a bit of a crazy week for me, but I’m happy to be here and look forward to getting to work. When Feyenoord called I didn’t have to think to long about my decision. I know the club, the history and the supporters. If you get the opportunity to play for a club like this you don’t need to think twice.’

The goalkeepers new manager, Giovanni van Bronckhorst, also stated that he was delighted to have secured a new keeper with as much experience as Jones. ”Brad, has come from another Eredivisie club in NEC as well as from the Premier League. He was at a huge club in Liverpool and will be used to the expectation he is going to be under at de Kuip, so I am really looking forward to seeing what he can do between the sticks when the Eredivisie and the Johann Cruijff Schaalk kick off in a few weeks.”

You are reading "The Club of the People: Feyenoord Rotterdam".