ScottT
1 year
A good pre-season campaign there, especially that final result - even if it was to lower league opponents. A tough start, as I believe Hellas were relegated last season and so will be keen to restore their top flight status.
1
Login to Quote

Jack
1 year
At what point did Lumezzane sort of... Give up?
1
Login to Quote

mgriffin2012
1 year
Just the 16 goals then against Lumezzane, nothing to see here folks, move along!
1
Login to Quote

A perfect start to the Serie B season for the Rondielle with Alfredo Donnarumma scoring a brace in the 2-1 victory over rivals Hellas Verona on the opening day of the competition.

This was followed up by a very special effort from Dimitri Bisoli against Perugia. The midfielder scoring a brace with both goals being struck from 25 yards out early in the first half. 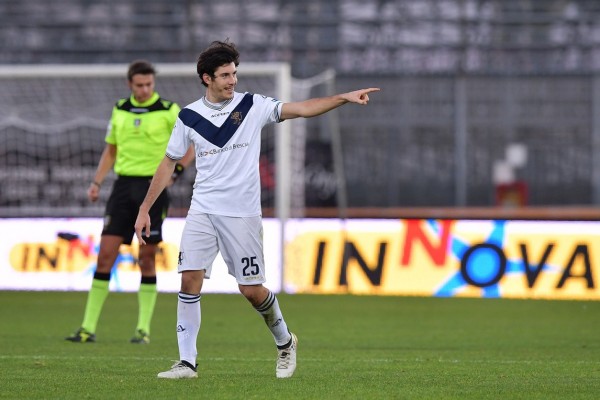 After being handed a new contact by manager Eugenio Corini during the pre-season, Bisoli has gotten off to a flying start to the season.

Starting with a strong performance against Hella Verona, the 24-year-old then scored a brace to seal victory against Perugia with both goals being struck from outside of the box. 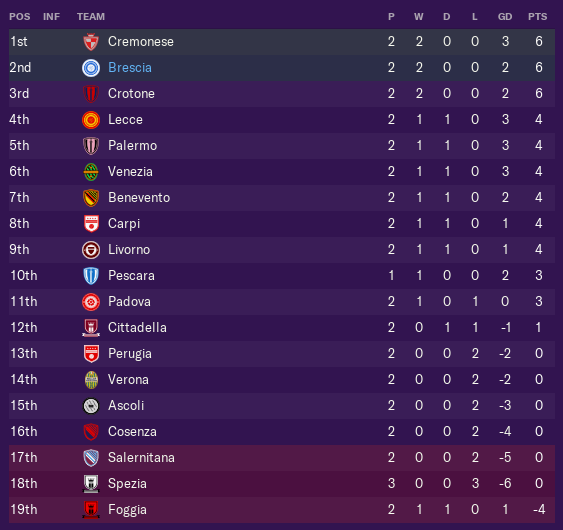 Brescia find themselves sharing the lead of the competition after two matches with Cremonese and Crotone.

At the bottom of the table, despite a strong start Foggia find themselves four points behind after being deducted eight points due to financial mismanagement.

In a massive blow to the side, Donnarumma tore his thigh muscle during the opening fixture of the season. The star player is expected to be out for up to three months.

The Albanian midfielder suffered a twisted ankle during an incident in training, an injury that will be re-assessed at the end of the month.

Ferrari remains on the sidelines due to his sports hernia, he is still expected to be unavailable for a further two to three weeks

A very busy month lies ahead for Brescia, who will be looking to capitalise on their great start to the season.

The home fixture against Palermo will be a great measuring stick for Brescia with the Rosanero considered to be Serie B title favourites.

ScottT: Hellas Verona are certainly on my radar, I expect them to be one of the promotion candidates this season

Justice: The whole squad needs to have a good hard look at themselves

Jack: They missed a chance early in the first half and then we scored three goals inside five minutes so I would say then haha

mgriffin2012: It certainly wasn't the worst performance
Login to Quote

ScottT
1 year
A very good start to the season. Starting strongly is always a positive! A massive shame that Donnarumma will be out for three months though. It'll be interesting to see how you fair without him.
1
Login to Quote

Justice
1 year
Two wins from two, no complaints there.
1
Login to Quote

Jack
1 year
Excellent start mate! I know it's only two games but as a new manager beginning with a start like that can go a long way to improving the dressing room and really believe in you

It was a month of two halves for Brescia after continuing their early season form with two strong wins against Cosenza and Leece, striker Luca Miracoli with a strong performance against Consenza in particular, finishing with a brace.

A convincing defeat to Salernitana ended the winning streak of the Rondielle before they suffered two more defeats to Palermo and Cremonese despite leading in both matches. 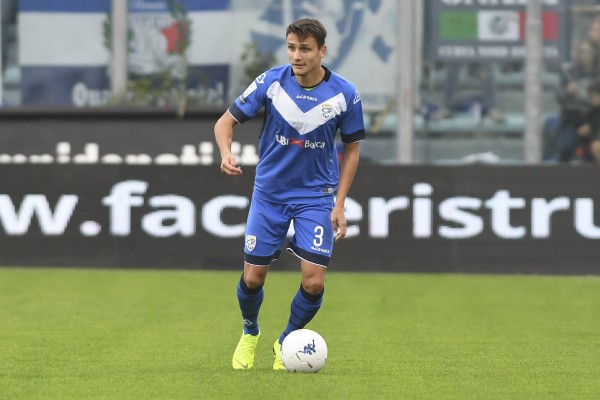 Despite only playing two and a half matches due to injury, Ales Mateju has been named the player of the month for September.

The right back on loan from English Premier League side Brighton played a key role in the victories against Cosenza and Leece with his pace and crossing ability. 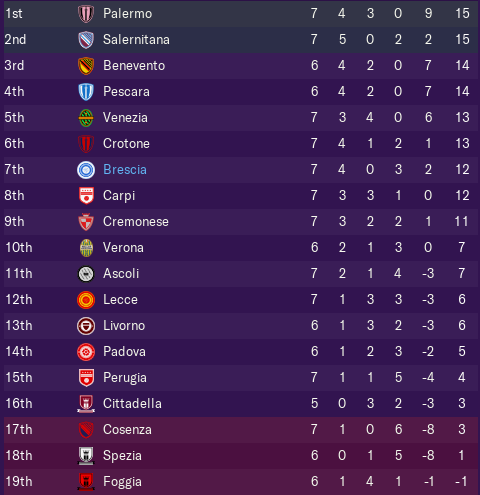 Despite the three losses during the month, Brescia find themselves just three points away from league leaders Palermo and Salernitana who both defeated the Rondinelle.

Still recovering from his torn thigh muscle, the 27-year-old striker is expected to be out for another three to eight weeks

The form player for Brescia during September, Mateju pulled ligaments in his ankle during the fixture against Salernitana and will be out for the first week of the October

After only just returning from injury, Ferrari suffered a twisted ankle in training and will be miss between two to four weeks of action

It is expected to be an easier month in October, starting with three consecutive fixtures against sides firmly in the bottom half of Serie B.

To finish the month, Brescia face Benevento who appear to be a contender for promotion this season. The side managed by Cristian Bucchi is yet to lose a game so far this season.

ScottT: Donnarumma was the reason I chose the club in the first place, so it certainly hit me hard when he got injured

mgriffin2012: Strong start, always good to get a win over one of your rivals as well

Jack: I have found this to be the case as well, early fixtures are very important
Login to Quote

Jack
1 year
Certainly not the results you were hoping for but to come up against two good sides in Salernitana and Palermo consecutively is simply bad luck. A couple of wins in the next month will get you right back on track

ScottT
1 year
A month of two halves, indeed. You're not having much luck with injuries at the minute either!
1
Login to Quote

Justice
1 year
Not the best way to end the month but you're within three points of top spot. That's one game and it could all change! Keep fighting you sexy beast xo
1
Login to Quote

It was a good month of results for Brescia as they managed nine points from a possible twelve in October.

Starting with a 3-2 victory over last placed Foggia, the Rondinelle then came away with two 1-0 victories against Cittadella and Spezia.

In the last match of the month, Brescia lost 2-1 to Benevento after winger Cristian Buonaiuto scored two stunning goals in an incredible display for the Stregoni. 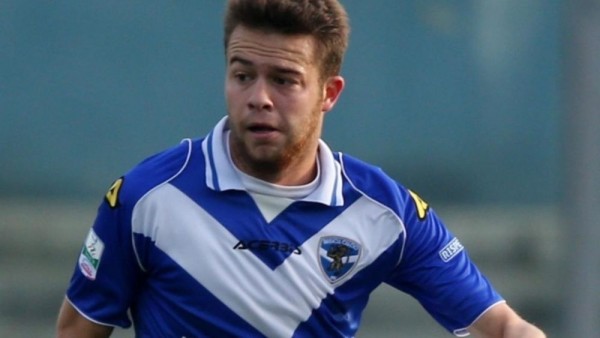 It was a standout month for Martinelli the 25-year-old who put in exceptional performances throughout the month. 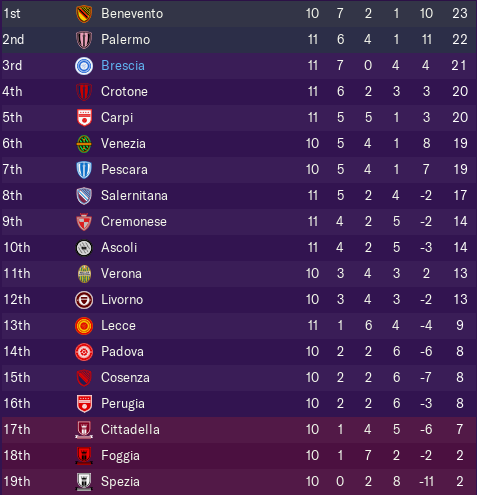 Brescia began to climb back up the table, moving into third despite four losses so far this season. Leaders Benevento find themselves in a strong position, ahead by a point with a game in hand.

At the bottom of the table, Foggia have managed to get themselves back into the positives after being handed an eight-point deduction for financial mismanagement. They will still face a tough battle to stay away from relegation at the end of the season.

After being unavailable for over two months, Donnarumma is expected to return in the second week of November. The Brescia line-up will be much stronger once he returns from injury.

One of the form players so far this season, Curcio pulled a calf muscle during the 1-0 victory over Cittadella. He is expected to return from injury as soon as the fixture against Venezia.

Only three fixtures await Brescia in November, home fixture against the sixth place Venezia and fourth placed Crotone will be tough for the Rondinelle. The away fixture will have fans expecting a victory against a Padova side one point away from the relegation zone.

Jack: All those 2-1 losses are very frustrating

ScottT: Missing two of my best players in Donnarumma and Mateju isn't ideal, especially due to the lack of depth in the squad

Justice: HA! will do
Login to Quote

Jack
1 year
Is it a Brescia exclusive rule that whenever you lose it must be by a 2-1 scoreline?