ScottT
2 years
Hopefully that loss won't come back to haunt you. February is set to be an extremely important month, that could make or break your season. Good luck!
1
Login to Quote

mgriffin2012
2 years
Disappointing to not be top but so long as you earn promotion that is what is most important!
1
Login to Quote

Nerazzurri
2 years
Going well at Brescia so far man. Hopefully you can bring back the glory days.
1
Login to Quote

Jack
2 years
Big opportunity missed against Perugia there, hopefully Benevento get a little dizzy up at the top and slip up a bit for you to really capitalise on this time
1
Login to Quote

It was a mixed bag of results for the Rondinelle in February, starting off with a poor 2-2 result against Leece.

A brace from competition leading scorer Ernesto Torregrossa was enough to seal victory against Salernitana. This was followed by a loss in the six-point fixture against Palermo which could prove costly towards the end of the season

A stunning volley from Alfredo Donnarumma was enough to see Brescia finish off the month with a victory. 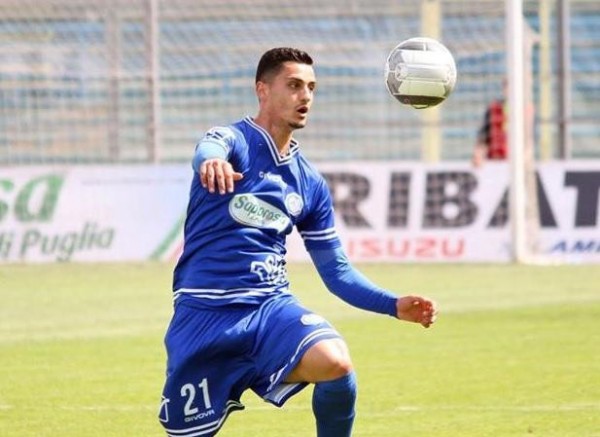 Proving to be one of the most consistent performers for Brescia this season, Brazilian Felipe Curcio has been named the Player of the Month for February.

Throughout the season, the 25-year-old has produced plenty of chances for his teammates with his terrific crossing ability while also proving a threat with his free kicks. 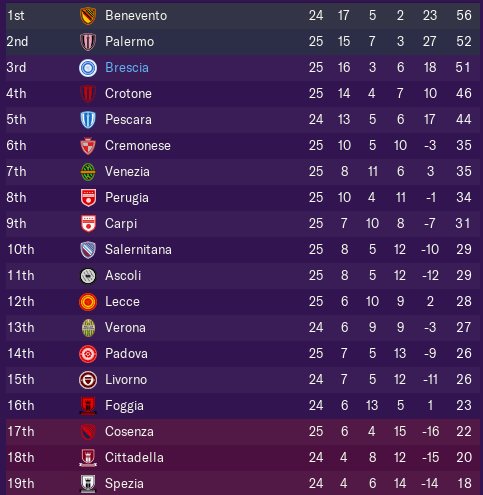 The missed opportunity in the match against Palermo sees Brescia one point away from second place.

Benevento maintain a solid lead of the competition, four points ahead of Palermo with a game in hand.

Entering March, Brescia find themselves with three easy fixtures to start against three of the bottom four teams in the division.

The Rondinelle fans will have eyes on only one fixture, the home match against competition leaders Benevento in a match which could make or break the promotion hopes of Brescia this season.

ScottT: Not an ideal result, but you need to be able to overcome these and not allow them to turn into form slumps

SonOfAnarchy: Always great to see a new reader, a return to the glory days would be amazing

Jack: They are a very good side but they are certainly beatable
Login to Quote

mgriffin2012
2 years
Having dropped out of the promotion spots, it's clear what you need to do over the next few weeks
1
Login to Quote

Jack
2 years
Now THAT is what I call a promotion race. These coming updates of the last remaining months will make for exciting reading and I am here for it!
1
Login to Quote

ScottT
2 years
It's going to be a real battle for promotion by the looks of things, exciting for the neutral, but tough for the managers and players involved!
1
Login to Quote


Brescia Head of Youth Development Christian Botturi has been busy trying to identify talent all over the local region.

Young prospect Andrea Inzaina is considered a cut above the rest and could have the ability to develop into a quality player.

The most promising prospect, Inzaina is an attacking midfielder with terrific technical skills as well as good pace and acceleration. The 15-year-old grew up supporting Brescia, living in the city his whole life.

Livi is a goalkeeper with a lot of potential but will face quite a battle to be the top prospect in the youth ranks with Alessio Furlanetto who was signed from Lazio arriving in the January transfer window.

A physical fullback despite his young age, Modesto isn't the most technical of players, but his physical ability is second to none.

mgriffin2012: Going to need a solid run of form to finish the season to earn promotion

Jack: Glad I timed my trip to Indonesia to leave you in suspense

ScottT: Very tough but nothing worth having ever came easy
Login to Quote

ScottT
2 years
Some decent players there. With the right guidance, they could turn into useful players, especially Inzaina who looks a bright talent at such a young age.
1
Login to Quote

Jack
2 years
While I don't think any will be world-beaters, certainly a couple of good prospects there that could become handy.
1
Login to Quote

Justice
2 years
They look reasonably promising, should definitely have a future in competitive football at the very least.
1
Login to Quote

With the pressure of the title race mounting on Brescia, they rose to the occasion with a faultless month.

Starting with three consecutive wins over relegation threatened sides in Foggia, Cittadella and Spezia, Brescia proved far too strong for their opponents.

Brescia then took on title rivals Benevento where Alfredo Donnarumma stepped up and took over the game, completing a hattrick with Benevento only scoring just before full time in a dominant display. 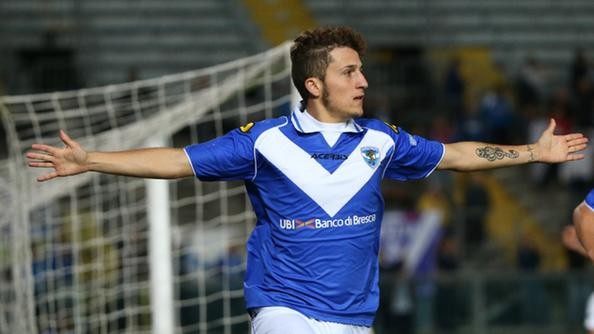 After playing as an attacking midfielder in Eugenio Corini's 4-3-1-2 formation for a majority of the year, Morosini has moved back to the central midfield in a move which has seen his form skyrocket.

During a strong month of performances, the highlight for the 23-year-old was his performance against Spezia, scoring two goals and providing an assist. 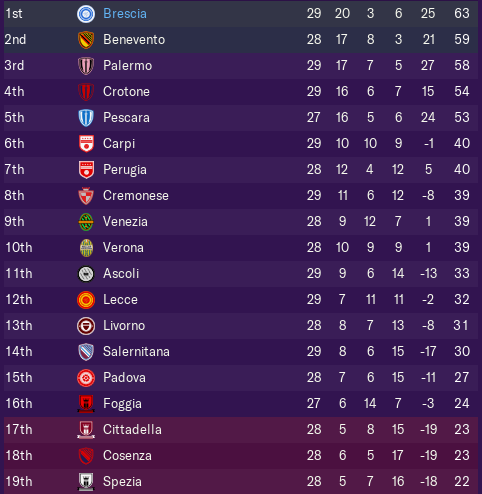 Benevento have failed to win a match during March, seeing Brescia and Palermo take advantage in moving up the table.

It is important to note that Benevento still have games in hand and are certainly still in contention for the Serie B title.

After coming up sore from a training session, heavy bruising developed in Cistana's knee which will see him miss the first week of April.

Miracoli pulled ligaments in his knee which will see him out of action for the next two weeks. Despite playing most of the first half of the season, Miracoli has found himself on the bench since the return of Alfredo Donnarumma.

With just seven matches remaining in the season, Brescia have arrived at crunch time in the Serie B.

They take on strong midtable sides such as Venezia and Carpi as well as a fixture against relegation candidates Padova.

The match in focus for the month of April will be against Crotone who find themselves in fourth and will be looking to go on a winning streak to launch themselves into the promotion contention.

Jack: I believe Inzaina will be able to crack my first team squad in two-three years

ScottT: I am hopefully all three can play a role in the first team squad for Brescia in the future

Justice: I can see them all playing Serie A if they develop as expected
Login to Quote

Akash
2 years
An excellent March! You're in prime position for promotion now.
1
Login to Quote

Justice
2 years
Next month presents the opportunity to knock Crotone out of the title race!
1
Login to Quote