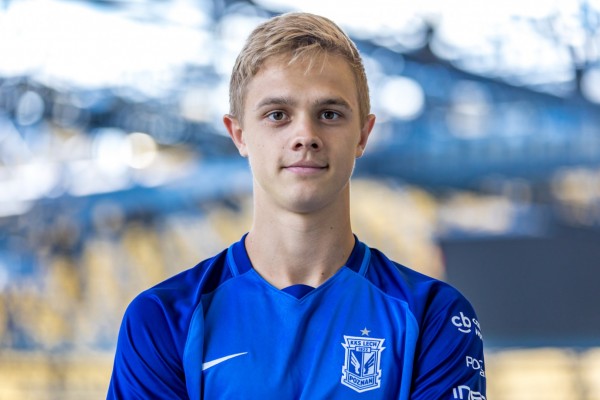 • Gumny arrives at Brescia for a transfer fee of €5,000,000
• He is expected to replace Ales Mateju who finished his loan spell with Brescia
• The 21-year-old has been capped three times for Poland

In what many expect to be their final move in the transfer window, Brescia have brought in Robert Gumny to strength their squad ahead of the Serie A season.

Gumny is a well-rounded player who has great speed, agility and acceleration on and off the ball.

After spending six years at Lech Poznan, a club he has supported since he was young, the Polish right back went on loan last year to FC Augsburg in the Bundesliga.

"I felt like I learnt a lot last year in the Bundesliga and grew as a player and a person." said Gumny. "I cannot wait to meet my new teammates and prepare for my first season in the Serie A." he added.

Brescia are set to travel to Austria where they will take part in a pre-season tour against sides from the Austrian Premier Division.

Justice: I am certainly hoping he can add a bit of flair and unpredictability into my side

Jack: Morosini is capable of playing the same position but is also useful deeper in the midfield so I am unsure of which direction to go in

TheLFCFan: Trying to build a side which grows without the need to spend continually

ScottT: I hope you brought your sunglasses!
Login to Quote

ScottT
2 years
Cracking signing that. Gumny is a talented player with a lot of potential, who should really aid your quest to succeed in Serie A.
Login to Quote

Jack
2 years
Lech have always produced good youngsters in Poland and this seems to be another off the production line. Hope he performs for you!
Login to Quote