Achievements
Serie B Champions
Promoted to Serie A

ScottT
2 years
Welcome back, I missed you dearly x
1
Login to Quote

mgriffin2012
2 years
Great to have you back my man!
1
Login to Quote

Brescia Advance In The Italian Cup 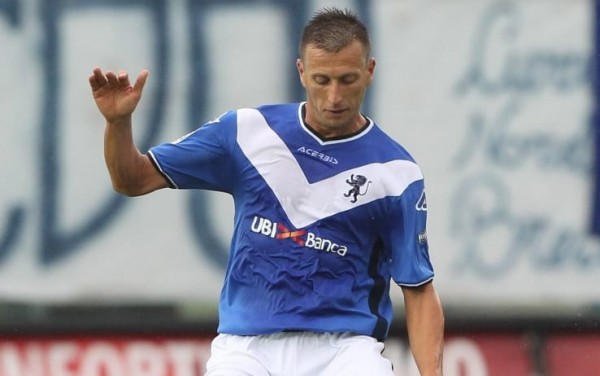 
Heading into their first competitive fixture of the 2018/19 season, Brescia were strong favourites to defeat Serie C side Monopoli.

Alessandro Martinelli scored in just the sixth minute for the home side, hitting a nice low strike from outside the box. This was followed up halfway through the first half by captain Daniele Gastaldello who headed home a Felipe Curcio corner to double the advantage.

Only two minutes later, striker Alfredo Donnarumma scored again for Brescia, getting on the end of a Ales Mateju cross to increase the lead even further. The match saw very little action in the second half with the home team cruising to a 3-0 victory.

In other second qualifying round matches, several surprises occurred in the early rounds with Serie B sides Venezia, Palermo, Benevento, Carpi, Foggia, Padova, Hellas Verona and Spezia all being eliminated by Serie C sides.

Brescia will now go on to face Serie A side Udinese in a match which the Rondinelle are expected to be heavy underdogs.

ScottT: Your private messages to me certainly had an influence on my return

mgriffin2012: Great to be back

Justice
2 years
Udinese will be a tough opponent to play against in the next round but you did well to reach it. From your track record in FM, I fancy you to throw up a surprise

ScottT
2 years
A good result to get things going. Udinese will be a tough test for the squad, but one that will really test the character of the players.
1
Login to Quote

Jack
2 years
Great to see you back writing buddy!
1
Login to Quote

mgriffin2012
2 years
Great result to get your season up and running in the right way mate!
1
Login to Quote 
Brescia have qualified for the fourth qualifying round of the Italian Cup after upsetting Serie A side Udinese.

Alfredo Donnarumma made the breakthrough for Brescia after being played through by Felipe Curcio, finishing a one on one against Udinese keeper Nicolas. Ernesto Torregrossa then struck home a Leonardo Morosini cross to increase the lead for the underdogs. Heading into the halftime break, Brescia held an incredible 2-0 lead over the Serie A side Udinese.

Udinese came out looking a different side in the second half, Rodrigo De Paul scoring a well struck free kick in the 54th minute to get the home side back in the game. Brescia found themselves on the backfoot for the rest of the half but managed to hold on through some desperate defence to seal the victory.

Despite this incredible upset, there were even biggest upsets around the country in other matches with Serie A sides Torino, Parma and Cagliari all being eliminated by sides two divisions below them.

Brescia have drawn Serie B side Pescara in the Fourth Qualifying Round of the Italian Cup in a home fixture to be played in December.

Justice: I guess I lived up to your expectations haha

ScottT: Even better result now, still learning the players throughout the club though so we shall see what they have in store for me

Jack: Thank you Jack, hope to catch you on chat soon

mgriffin2012: I am always more worried about sides from divisions below than regular games

ScottT
2 years
What a result! A decent tie in the next round that is definitely winnable. Could a surprise cup run be on the cards?

Starting off the pre-season with a 3-2 defeat to AEK Athens, Brescia started putting together a string of victories against Serie C opponents.

Finishing off their season preparation, Brescia demolished non-league side Lumezzane by an incredible sixteen goals. Matteo Cortesi finishing with five goals for the match while Alfredo Donnarumma managed to score a hattrick despite only coming on in the 70th minute.

A back up striker for Brescia on loan from Genoa, Ferrari suffered a sports hernia during the pre-season and is expected to be back in mid-September.

Spraining knee ligaments in the pre-season match against Rende, Tremolada will miss the first two games of the Serie B season.

A match up against fierce rivals Hellas Verona awaits Brescia in the opening round of the Serie B season with Mastini heavily favoured to secure promotion this season.

To finish the month, Brescia will play their first match of the season at Stadio Mario Rigamonti, taking on a Perugia which has high expectations of being amongst the top teams in the division.

ScottT: I would have to say we are slight favourites, really looking forward to the fixture

Jack: I certainly hope we can put something together
Login to Quote