Justice
1 year
Livorno not doing so well!
1
Login to Quote 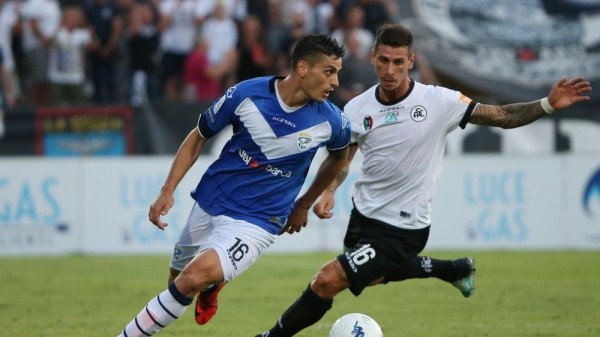 Felipe Curcio was a clear stand out for Brescia this season, the Brazilian was named the Serie B Player of the Year.

The 25-year-old attracted the interest of several clubs across Europe but signed a new contract with Brescia ahead of the 2019/20 season. 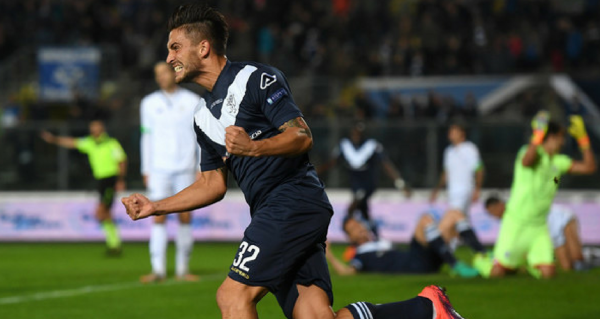 Finishing equal top scorer in Serie B with Hellas Verona striker Giampaolo Pazzini with 22 goals, Ernesto Torregrossa stepped up in the four-month absence of Alfredo Donnarumma at the start of the season.

In his third season with Brescia, Torregrossa has only scored 15 goals in 57 matches for the club prior to the 2018/19 season.

Despite his terrific form, the 27-year-old finished Serie B Striker of the Year runner up to teammate Alfredo Donnarumma. 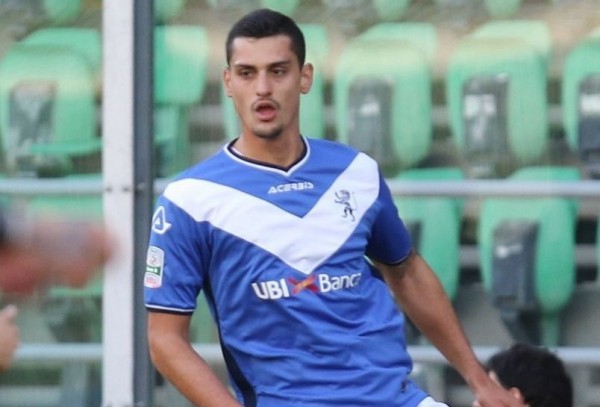 In 31 games, Curcio produced 17 assists as well as scoring 3 goals during Brescia's Serie B title run.

His great speed and stamina proved the difference in many Brescia fixtures throughout the season, form he is hoping to replicate in the Serie A.

Signing Of The Season 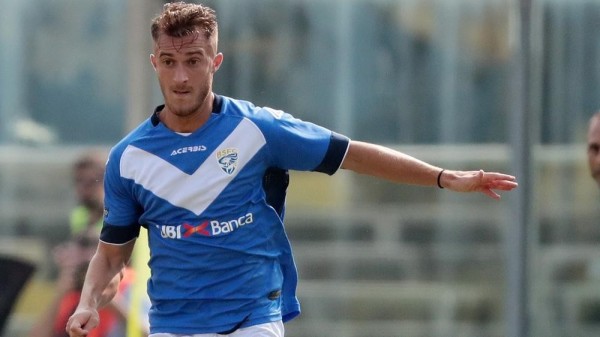 Despite missing four months of the season, Alfredo Donnarumma proved to be the signing of the season after being named the Serie B Striker of the Year.

The 28-year-old scored 16 goals from 22 matches as well as 3 assists, receiving 6 player of the match awards across the season. 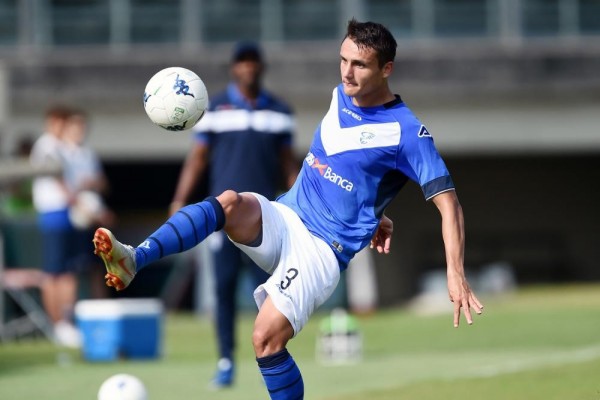 On loan at Brescia from English Premier League side Brighton & Hove Albion, Ales Mateju showed his talent by creating 13 assists and scoring 2 goals from 30 appearances.

The Czech defender had a work rate second to none finishing the season as Serie B Player of the Year runner up.

Justice: They were very poor all season long

ScottT: Can't add them now, needs to be consistent throughout ha
Login to Quote

Jack
1 year
Some huge performances, especially bagging that many goals this season. Interesting to see how many keep their spots in Serie A
1
Login to Quote

ScottT
1 year
Some great individual performers to go alongside a great collective team performance throughout the season. A number of reasons to be positive heading into new season and I can't wait to see how Serie A treats you.
1
Login to Quote 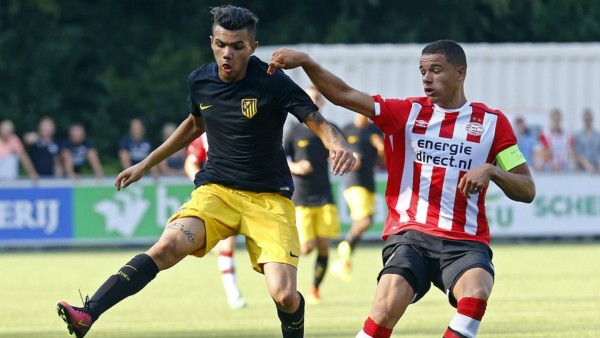 Former Atletico Madrid player Nicolas Schiappacasse is set for the Serie A
• The 20-year-old will earn €4,000 per week with Brescia
• Schiappacasse scored five goals last season while on loan
• He is expected to compete with Donnarumma and Torregrossa for a starting role

In their first move of the transfer window, Brescia have signed 20-year-old striker Nicolas Schiappacasse on a free transfer.

Schiappacasse is a versatile forward who made his first team debut as a 16-year-old for River Plate Montevideo. The next step in his career saw him move to Spain to join Athletico Madrid where he spent two seasons going out on loan once before being released.

"I am thrilled to be in Italy and getting the opportunity to play in the Serie A'. said Schiappacasse. "I believe this is the league where I can truly make a name for myself." he added.

Schiappacasse is eligible for both Italy and Uruguay and has currently received 32 caps for Uruguay at the youth level, scoring 16 goals. His style has been compared to Argentinian legend Carlos Tevez with a touch of Liverpool's Roberto Firmino.

Jack: I will have to keep most of the squad, not really enough money in the budget to make big changes

ScottT: I am hopeful of staying up but not much else
Login to Quote

Justice
1 year
That is a massive signing to make, he'll become an instant star for you!
1
Login to Quote

Mat Malaypak
1 year
Wow! I like how your FM story is written. Definitely can learn a thing or two. Good luck for your save and I hope you win story of the month soon!
1
Login to Quote

TheLFCFan
1 year
Having finally caught up with the story, I enjoyed it alot. Great job on winning promotion matching Brescia's promotion today

The signing of Schiappacasse is a great coup and could help keep you in the league next season!
1
Login to Quote

ScottT
1 year
An excellent signing given his hype and potential. If he can knuckle down in your squad, he has the ability to become a vital player in your side.

Congratulations on your 100th reply, too. 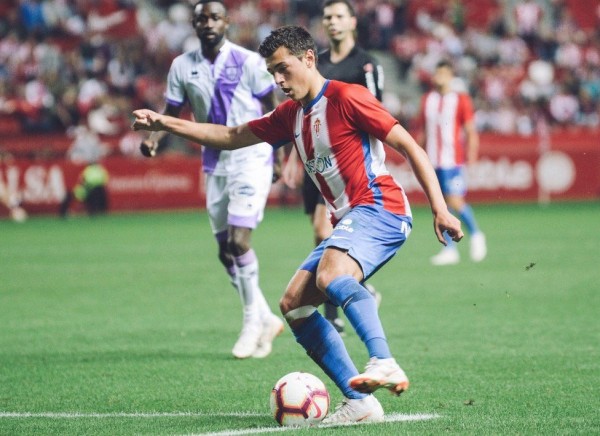 Continuing to focus on young prospects, Brescia have signed Pelayo Morilla
• The 17-year-old has signed a contract seeing him with the Rondinelle until 2022
• Morilla is capped at the Under 19 level for Spain
• The attacking midfielder will attend an intensive language course to learn Italian

Continuing to build their squad ahead of their return to the Serie A, Brescia have signed Pelayo Morilla from Sporting Gijon,

Activating a transfer clause in Morilla's contract, Brescia have paid €2,200,000 to bring the Spanish attacking midfielder to the club

Coming through the Sporting Gijon youth system, Morilla is a highly determined player with plenty of pace and a great first touch.

"I am excited to join Brescia and play in one of the best leagues in the world." said Morilla. "I hope to learn from the many great players in this league and keep improving my skills." he added.

The draw for the 2019/20 Serie A season has been released with Brescia taking on Sassuolo away in their first match before facing Benevento in their first home fixture.

Jopaaaa: Only a little bit of pressure on the new signing haha

Justice: I hope so, it is a bit of a gamble but it may pay off

Mat Malaypak: I really like your start so far, keep up the good work. I also hope to win it one day but plenty of tough competition

TheLFCFan: Life certainly imitates art, hopefully this keep Tonali at the club in real life for at least another season

ScottT: Thank you, very happy to reach the century
Login to Quote

Justice
1 year
Now we're talking! You have flair in abundance now, will be exciting to see what other kind of player you bring in!
1
Login to Quote

Jack
1 year
Wonder if he will be playing an immediate part in first-team affairs at such a young age...
1
Login to Quote

TheLFCFan
1 year
Another great young signing! Like the look of this side, a lot of potential!
1
Login to Quote