mrtepig
2 years
That is quite the partnership! Certainly 1 or 2 of their players could help you out.
Login to Quote 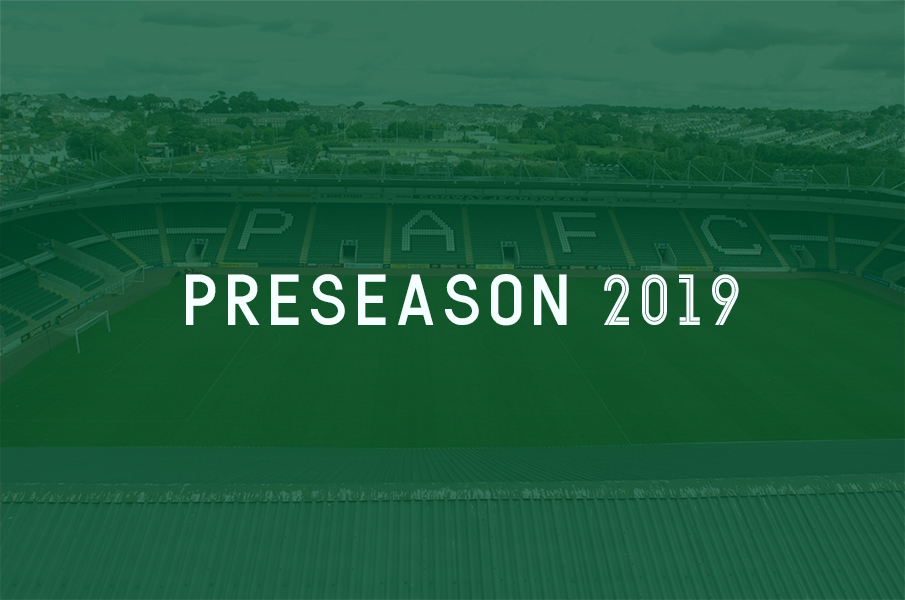 It looks as if the Pilgrims are ready to return to League One with a very successful preseason. The club went an impressive 4-0 over the month of July. 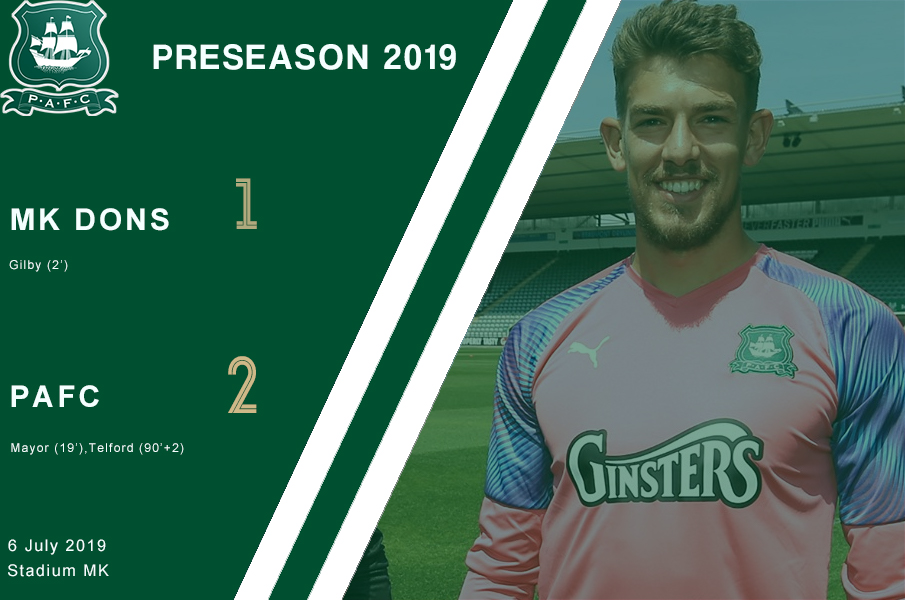 Things did not get off to a good start for the Pilgrims as Dons midfielder Alex Gilbey seized on an error from Joe Riley. For Plymouth Danny Mayor equalized in the 19th minute with a volley. Finishing up the day Dominic Telford capitalized with a game winner in the dying minutes of extra time. 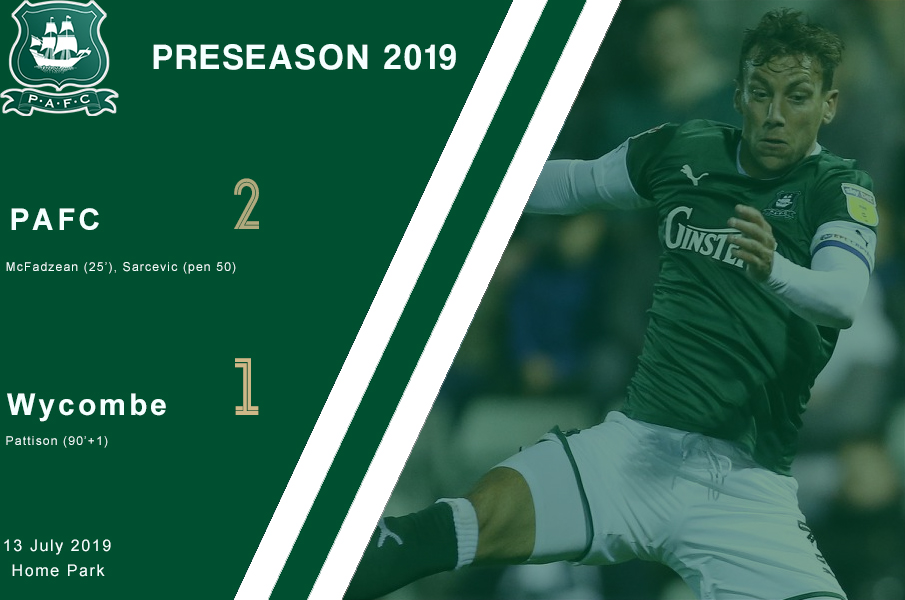 The first home match of the preseason saw the second consecutive win against a League One Club. In what would be an exciting and controversial afternoon due to a goal that was called off. Goals by Callum McFadzean and Antoni Sarcvic helped the Pilgrims beat the Wycombe Wanderers 2-1. As expected, the Pilgrims cruised in victory over lower league side Tiverton Town in a 3-0 victory. As soon as the match began George Cooper scored the opening goal with a lighting quick brace from outside the box. In the 22nd minute Zak Rudden would score the other goal in the half. Finally, in the 55th minute Conor Grant scored the final goal of the match. 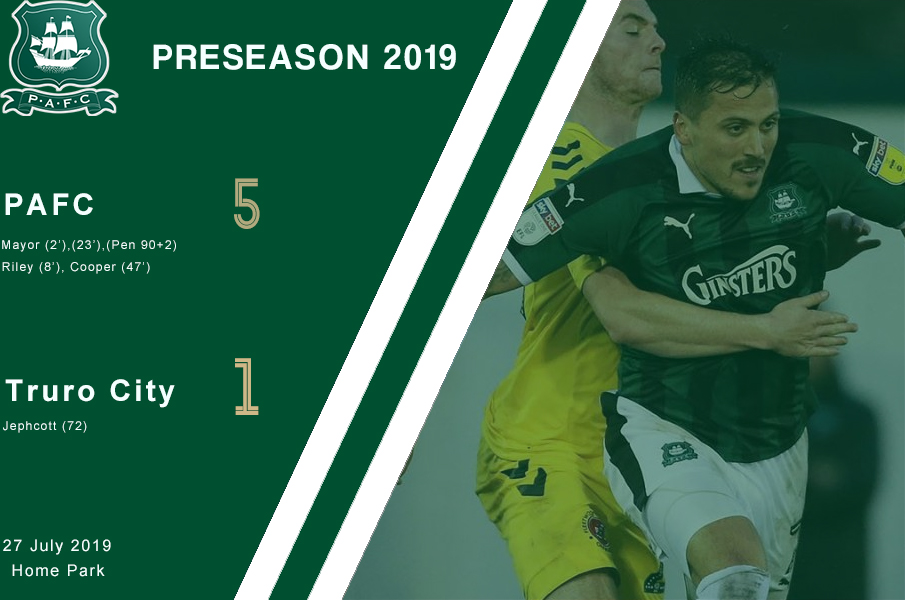 The final match of preseason came against old foes Truro City. Danny Mayor who has been a beast during the summer scored a hat trick with the final goal coming off a penalty deep into extratime. Other goals were scored by George Cooper and Joe Riley

TheLFCFan
2 years
Some very impressive results there. The partnership with Arsenal will also be massive. Looking like the season should be a good one.
Login to Quote

mrtepig
2 years
That's a very nice preseason and some very nice graphics! Hopefully they will continue winning once the regular season starts.
Login to Quote

Griffo
2 years
How dare you destroy the might of Truro...

Jack
2 years
A nice preseason that will have picked up the squad's match fitness! Good luck in the first few competitive fixtures

ScottT
2 years
Echoing the words of the majority by stating how much I love the graphics. Great pre-season, but the important stuff starts now!
Login to Quote

MJK46
2 years
TheLFCFan I am hoping so the board wants us promoted after the next season and I want to prove them wrong.


mrtepig Thank you so much, glad you like the graphics


ScottT Glad you like them, having photoshop really makes them look good
Login to Quote

The dates for Plymouth Argyle's three group games in the Leasing.com Trophy
The Pilgrims have been drawn against Cambridge, Forest Green and Southampton U-21s
2 August 2019 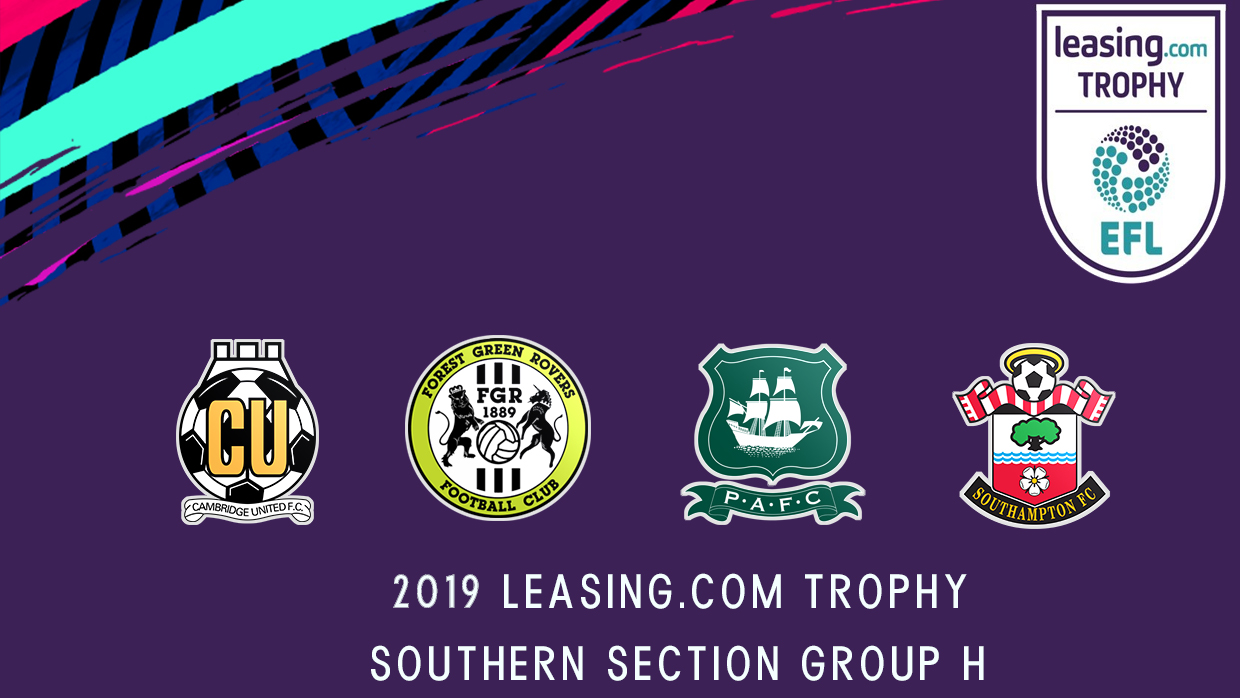 Plymouth Argyle will not play the first of their three games in Southern Group H of the Leasing.com Trophy until September.

The trio of Tuesday night 7.45pm fixtures will take place over a three month period with fixtures on October 8 and November 12.

The Pilgrims will begin against Southampton at Home Park on September 3.

This will be a great match between two clubs in the South of England. Despite both clubs have Ports,mouth as key rivals.

Argyle’s third and final group game will be away to League Two side Forest Green Rovers at The New Lawn on November 12.

Matches will be shown on the iFollow app for international supporters and will also be broadcast via radio for everyone else.

Griffo
2 years
I had no idea this competition changed format, super interested in how this goes
Login to Quote

TheLFCFan
2 years
Doubt it will be the biggest focus for you this year, but good luck anyway.
Login to Quote

Jack
2 years
This cup is no biggie for most clubs and certainly no crowd-drawer anymore. However, progress could always be beneficial for your side with regards to morale!
Login to Quote