The month of February has been the best month for Michael Carrick in his first job as a manager. With his leadership and the play of the likes of Dominic Telford and Connor Grant the Pilgrims have a commanding lead in the league table. For the first time this season Argyle won every match in the month with a goal difference of 28 goals scored to 5 goals conceded. Dominic Telford scored 12 of the 28.

For the second month of 2020 Plymouth was tasked with advancing in the EFL Trophy. With victories over Coventry and Peterborough the club will travel to Wembley at the end of March. During the early tenure of Carrick owner Simon Hallett's expectation was to reach the second round, well the team is now in the final making him very proud.

For the upcoming two months the club will mostly be focusing on contract renewals. The most important being Dominic Telford. His contract runs until the end of the season. From reports it looks like the two sides are close to agreeing on an extension.

Next month we start and end with a cup match. On 4 March the club travels to London to face Premier League Club Crystal Palace in the FA Cup 5th Round and on 29 March the club returns to London to face fellow League Two side Grimsby Town in the EFL Trophy Final. Between those two dates Argyle will be facing five clubs in league play as the seasons final ten games arrive. Out of the five the club host only Macclesfield Town and rival Exeter City, while traveling to Morecambre, Leyton Orient and Grimsby Town. 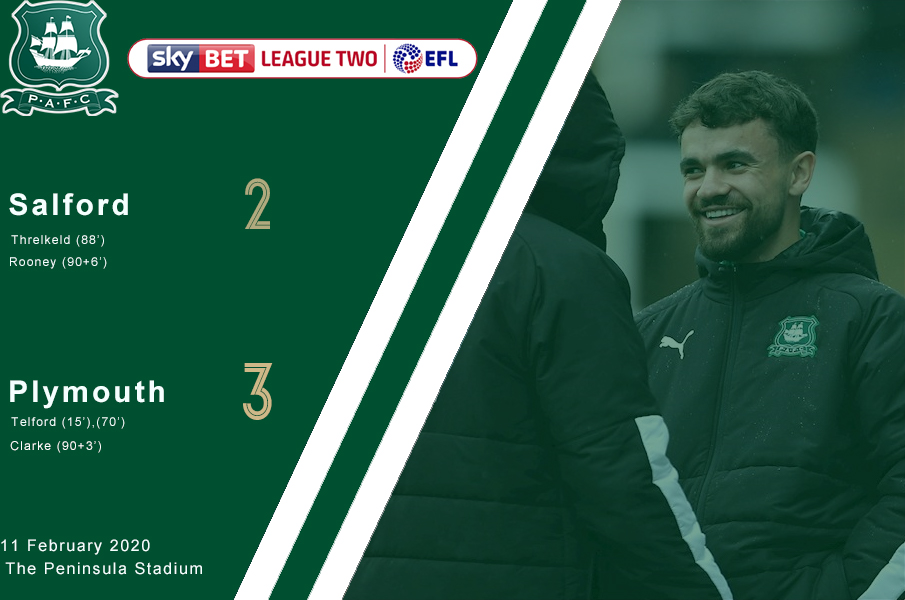 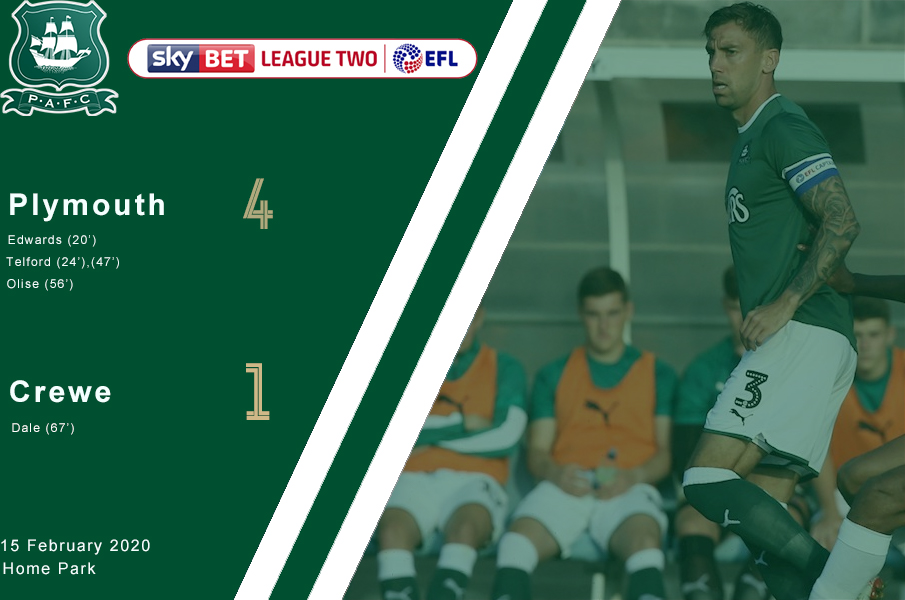 ScottT
6 months
What an absolutely fantastic month. Dominic Telford is on fire at exactly the right time. You have an excellent lead at the top now and promotion is all but assured it seems. Now you just need to get yourselves over the line.
Login to Quote

RumDrunkRacoon
6 months
Wow, some great performances there and you are looking good for the title win let alone promotion. Nearly there so keep it up
Login to Quote

TheLFCFan
6 months
Is Telford ever going to cool off?? Incredible once again!
Login to Quote

MJK46
6 months
ScottT I am hoping we can keep it strong, the updates get easy like that haha

Griffo Did a little tactical adjustment and we are here

RumDrunkRacoon Thanks and we should be able to do it!!

Jack
6 months
Got this division on strings heading into the final ten games!
Login to Quote

Plymouth Argyle were beaten 3-1 by Premier League side Crystal Palace in an exciting FA Cup meeting at Selhurst Park on Wednesday night.

Despite the damp weather Crystal Palace were able to showcase their speed as they overran the League Two side in their amazing journey for the current edition of the FA Cup.

Palace's Jordan Ayew scored early with a brace in the 11th minute. This was just the start to the Crystal Palace dominance.

Víctor Camarasa doubled the lead for Palace with an effort from 21 meters which blasted against the inside of the post before crossing the goal line in the 66th.

Young midfielder Matthew Smith provided the traveling fans of Plymouth with a shot of hope scoring in the 77th minute.

With a smaller lead manager Michael Carrick instructed his troops to all out attack, this plan would cost the team dearly.

Ayew would end up scoring his second of the night taking advantage of the Plymouth defense being out of position. This goal in the 83rd put the proverbial nail in the coffin of the visitors.

With the loss Plymouth will look back on some great wins that include beating Huddersfield, Crawley, Stockport and Gloucester. From reports Michael Carrick exceeded expectations as chairman Simon Hallett only asked to make it to the second round.

In other Plymouth news surrounding the match the club made an agreement with parent Club Arsenal to keep midfielder Matthew Smith on a permanent deal. Early reports say the signing was around £140k and is until the end of the 21-22 season.

On the injury front striker Zak Rudden suffered a bruised ankle during the match and is expected to be out around a week.

Next up Plymouth will Macclesfield Town in a League Two clash on Saturday. Previously the Pilgrims won their last meeting 5-2 back in December.
Login to Quote

ScottT
6 months
A result that had to be expected. It's been a good run for Argyle though and the news they've captured Smith permanently is fantastic.
Login to Quote

Griffo
6 months
Sad to see you go down but certainly a great run in the Cup!
Login to Quote

TheLFCFan
6 months
A great run finally comes to an end against a team nobody would of expected you to get anything from. A shame but something that you can build upon.
Login to Quote

Jack
6 months
Gutting for the run to come to a close, but against a side like Palace who are leagues ahead of you in every sense, it was always a mountain to climb.
Login to Quote

Justice
6 months
Could potentially wrap up the league in March. Shame about the FA Cup loss but you did well to get that far. Still have a cup final to play!
Login to Quote