This happy go lucky northerner has been thrust into the world of football management due to the culmination of the Coronovirus crisis, crap weather and the power of just eat!

The key question is ... with kick off only a week away...who should I manage.

There will be all kinds of nonsense in the blog so if you like Peter Crouches podcast/Quickly Kevin or anything 90's and 00's football related it could be the blog for you. ...

Anyway im off to put some pop tarts in the toaster, watch live and kicking and topping up my orange soda.... before my next bath of world cup panini's arrive

I have zero social media so any feedback is appreciated.
Login to Quote

LeeroySandrat
1 year
I'm looking foward to following you on your new manergerial career! I'm very english based with my choices however last season I branched out and went to Italy to take over inter Milan.. I dont even know why.. was a spur of the moment but I really enjoyed my continental adventure
Login to Quote

bigmattb
1 year
Load some nations up and start unemployed, that's how I always start
Login to Quote

I arrive as Burnley manager with hope and expectations, I wish Sean Dyche well and begin with an initial look at the squad

This squad is poor, but with the Burnley board being very tight and with no clauses to sell to rustle up some funds I only have:

£10 million and 50k a week to juggle in the wages i set off towards the loan market and the free transfers hoping to be as shrewd as Harry Redknapp the week before payday.....
Login to Quote

Fox
1 year
Good luck. You’ve got your work cut out there
1
Login to Quote


What a first few days.

I immediately seek staff reinforcements as Im hoping to take Burnely from a Lump it and 2nd ball follow up to a more befitting style involving a little more fluidity a bit more playing and a bit more finesse.

A technically minded defence coach to get the defenders wanting to take a touch instead of walloping it everywhere,

And to get my attackers and midfielders to become a bit more surgical in their build up play, I pull off a massive coup

Bergkamp immediately begins intergrating and getting the players realising the ball is not a hand grenade with the pin out.

Now im on the lookout for players.

I immedately bring 4 in on trial, and worryingly most go into my top 3 in most positions

For the short pre season

I condece Im going to spend my £10 million on trying to find a 3rd centre back as Ben Mee is injured for 4 weeks leaving me only with Tarkowski.

I look at :
Rojo Too erractic
Jones Too many crazy faces(and injuries)
Mawson Scouts put me off.
Dawson After checking stats... cant pass and wont fit my plans.

But in the end .... plump for Steve Cook

I think one of the better players from the relegated Bournmouth team, and English and can pass. He also leaves a few quid in the pot for more troops.

A good young wingback who can cover either of the first choice fullbacks and potentially pip them to the starting 11.

My goal of getting the defence sorted with players who can pass, good work ethos and can obviously defend really well is working.

Off to the pre season games to see who wants a contract from the triallists !!!!!
Login to Quote


With COVID in full swing and a quick turnaround, I have 4 pre season games to try end embed my style, ethos and none route 1 football.

The other aims are hopefully see enough to sign a couple of players from the triallists and find any other areas of weakness.....

The games go OK, but nothing of real note.

Speaking of weaknesses however.... Brandon Williams' arm isnt up to much in these games, he swiftly snaps is and renders his signing pointless for 8 weeks

I tell the squad we can aim for mid table but to be honest I can see us struggling without a lack of reinforcements.

With my hand a little forced I have to opt for Jack Wilshire. I prep for him by stocking up on bubble wrap, but after checking his stats, I hope in a midfield 3 he can get through a few games and maybe chip in with an assist or two

I offer Sturridge a contract but hes far to greedy for and I wish him on his way, in the 4 friendlies he offered one assist.
Antonio Valencia signs somewhere in Spain and Cabaye wants too many Euros so he's sent packing too.

So thats pre season over with.... i still need some more bodies only a 19 man squad with a compressed season is not enough.

Now all this drama is over I have the small matter of Liverpool to deal with 1st game !!!!

I opt for 4-1-4-1 with Inverted wingers hopefully able to nullifly the Liverpool wingbacks and in turn blunt the front three. Steve Cook goes straight into the squad, but Wilshire is nowhere near yet and Williams is still injured.

Anyway, I fist pump Jurgen, get in my chair and keep my fingers and toes crossed!!! !
Login to Quote

Within 60 seconds Roberto Firmino smacks one in off the post but then things really get going !! 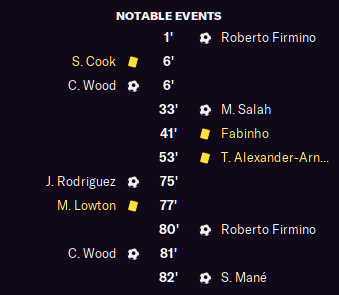 Disappointed but thrilled that Dennis Bergkamp must be helping Chris Wood, and I take a little heart from the fact I can get past a decent defence !

I am undeterred however, and Spurs come in for Jack Cork - he wants to go and I'll loose him for free in the summer - I reluctantly accept and get 7million - Not a lot but hopefully I can get a couple more players in - as this leaves me only with Jack Wilshire as a creative presence in midfield

Off to the blockbuster video bargain bin to see what #7million gets you nowadays .........

on the way I pick up a friend - who tells me to set off driving towards Merseyside ...... but also has a Danish Phrasebook in his hand - Anyway I'll trust him as he's done this kind of thing before 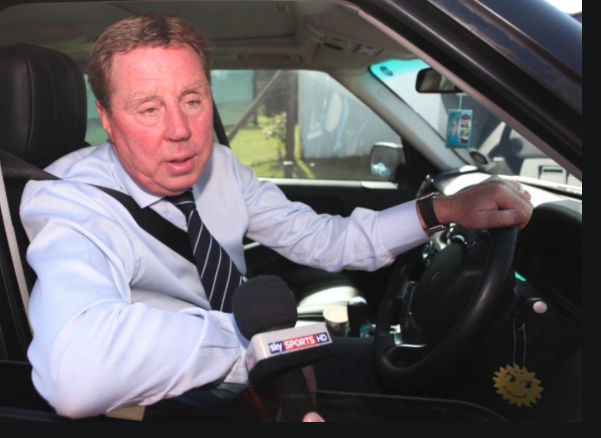 
I come back from transfer deadline day happy - the only other departure being Robbie Brady who gets me 3 Million more to play with.

Gylfi fulfils the Jack Cork role of being a creative playmaker and I put him straight in.

Rasmus and Victor will take a little longer to intergrate but suit my vision of being technical and decent.

Things go well with the next game and a rotated squad get beat by Leeds in the cup but not too bothered as Ive hit the goal for the board of getting to the 4th round...

Then October comes, and in the words of Alan Partridge - It blows up in my face!!

This is tippified by the Everton result !!

It's the first time the board tell me D on the report card and I ramp up ball retention and defensive drills.

As October has royally upset the Burnley faithful, to let off some steam I send the team on a Team bonding exercise on Halloween - to Egg Sam Allardyce an Mark Hughes' houses

Hopefully November will improve the situation!!
Login to Quote

ScottT
1 year
A pretty tough run lately. Some of the signings are quite interesting. I do think there were likely better options than Steve Cook for that cash though, personally.
1
Login to Quote

2020-11-22 02:07#279063 ScottT : A pretty tough run lately. Some of the signings are quite interesting. I do think there were likely better options than Steve Cook for that cash though, personally.

Im All ears Scott T - Jan is round the corner and knowing my luck I'll probably get injuries !!!
Login to Quote

One step forward and two steps back... literally


November on the initial viewing doesn't look too bad.

Pipped in the last minutes

We are getting closer but can't stay composed until the final whistle.

Glyfi is fitting in well

I open my advent Calendar on the 1st December, take a glug of Sherry and hope I can get the lads going... otherwise Christmas is cancelled, and I maybe off for my P45 !!
Login to Quote

Due to this scoring I treat Dennis Bergkamp to this gorgeous little number in the clubs secret Santa. 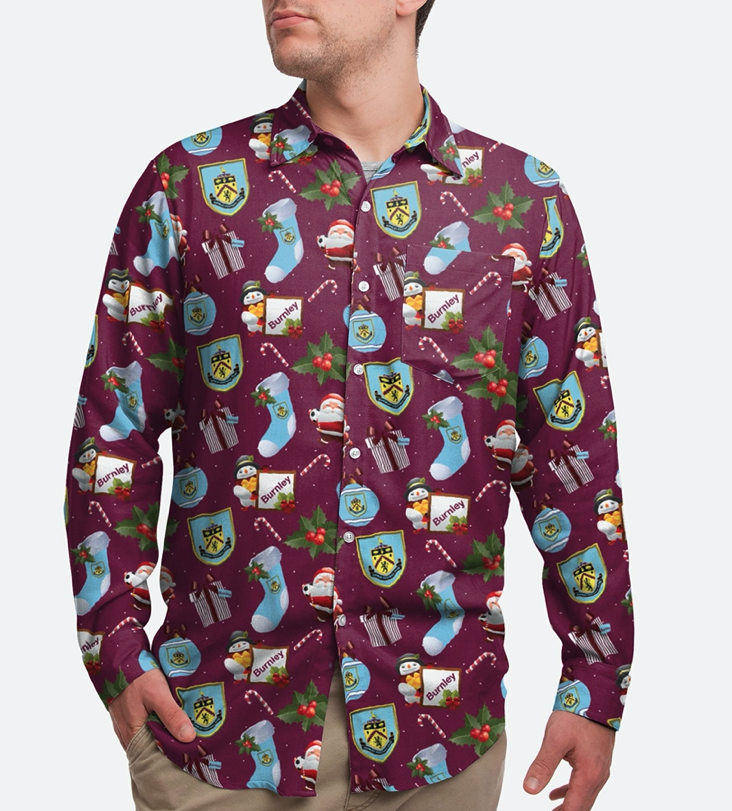 However... then two poor losses leave the bookended Month of December with Southampton to finish - where I need a win desperately to make the Christmas period palatable

On the plus side though, due to my shrewd financial nouse, the club come to me with a box of Ferrero Rocher and 31 MILLION POUNDS

I sleep better knowing this the night before the Southampton game, however on that night Im also told Phil Bardsley has injured Chris wood in training and I'll be without him for a few days..... 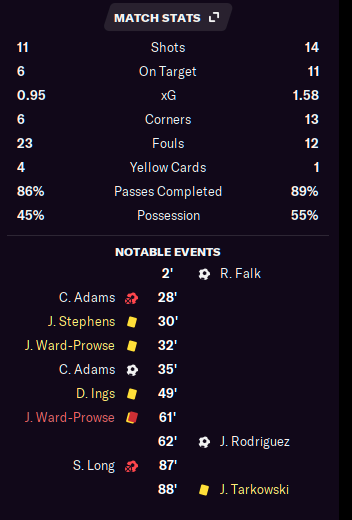 But as you can the squad is ravaged by injuries -

So that 31 Million is burning a hole in my pocket faster than those 5 golden quids sellotaped to my Christmas card from nan !

Before the January sales ... I cancel new years eve and spend 31 Dec like the rest of the frugal manager world, seeing who i can sign with no compensation fees!!!
Login to Quote

ScottT
1 year
A good few results will help lift morale as well as the club's position in the table. With the board looking to support you in the upcoming transfer window, it's time you use the money wisely. Good luck!
1
Login to Quote