Walsall_Craig
10 years
Here you can see my fixtures from the start of the season to the end of November, as you can see I only lost 3 games so far, which i think is a great result so far 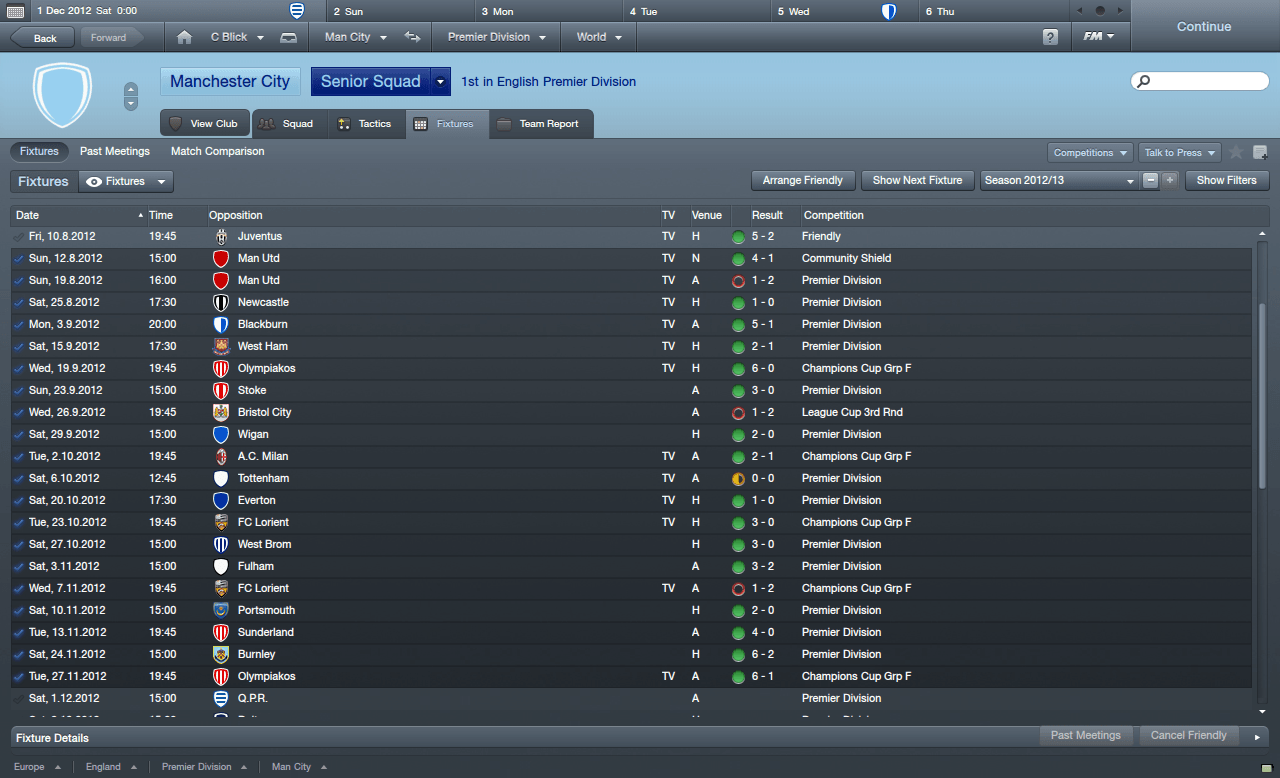 Here is the league table, after only ONE loss in the league so far to my rivals Manchester United, I lead the table by 3 points ahead of Chelsea. 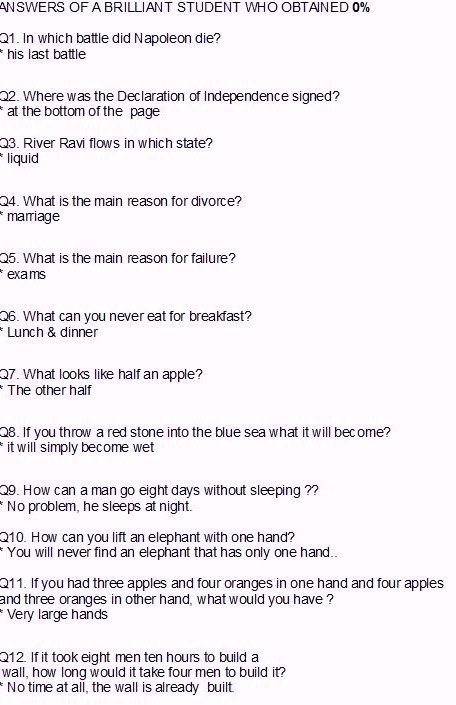 If my team can perform like this all season and only lose one game this would be a first for me as i usually lose 4/5 games like i did last season, but still have over half of the season to go, but with how my team are bonding i feel like i'm going to retain the Premier League crown. COYB
Login to Quote

Walsall_Craig
10 years
Chelsea are the only upbeaten team in the Premier League but hopefully I can break that so atleast one team doesn't get a unbeaten record.

Up next in the Premier league is newly money bags Queens Park Rangers. They are struggling so far this season by sitting bottom of the Premier League with only 6 points from 13 games.
This should be an easy win for my team again as we shouldn't even concede a goal against these but anything is possible in the League.
Prediction: QPR 0-4 City 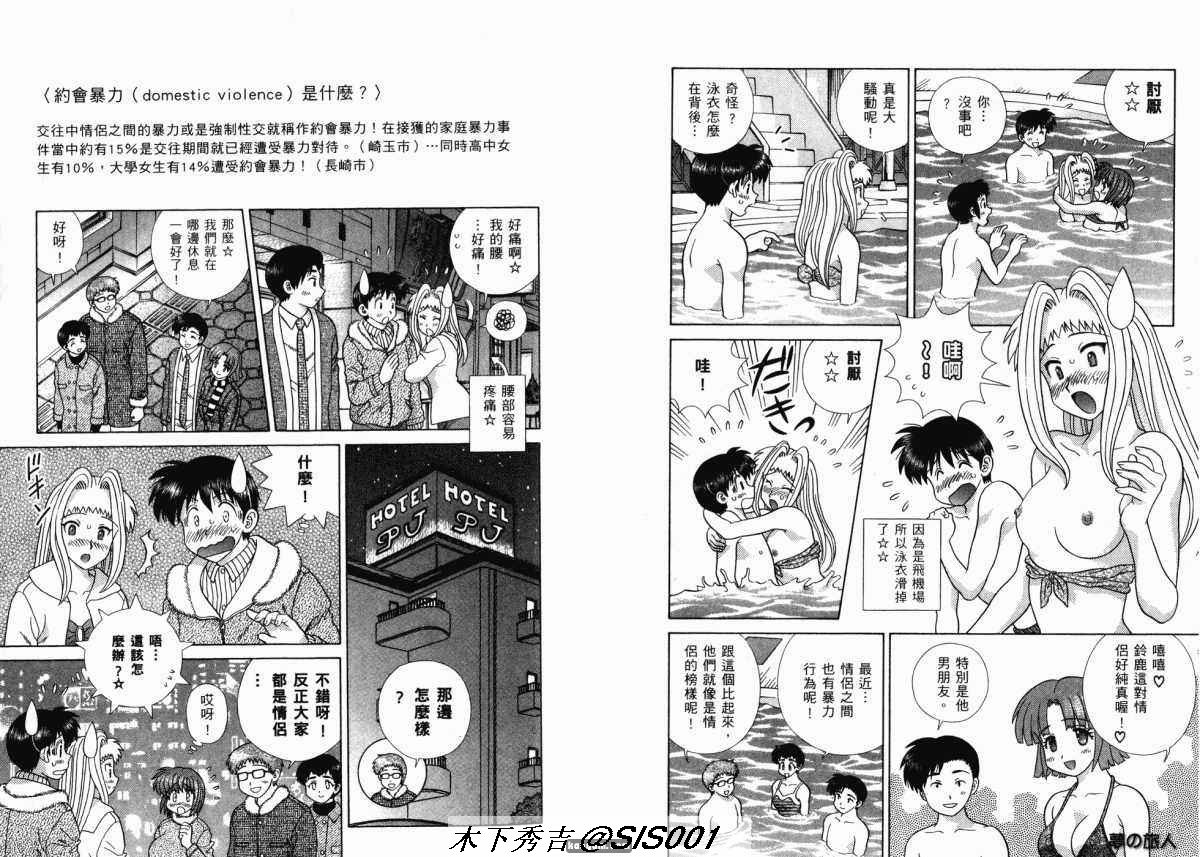 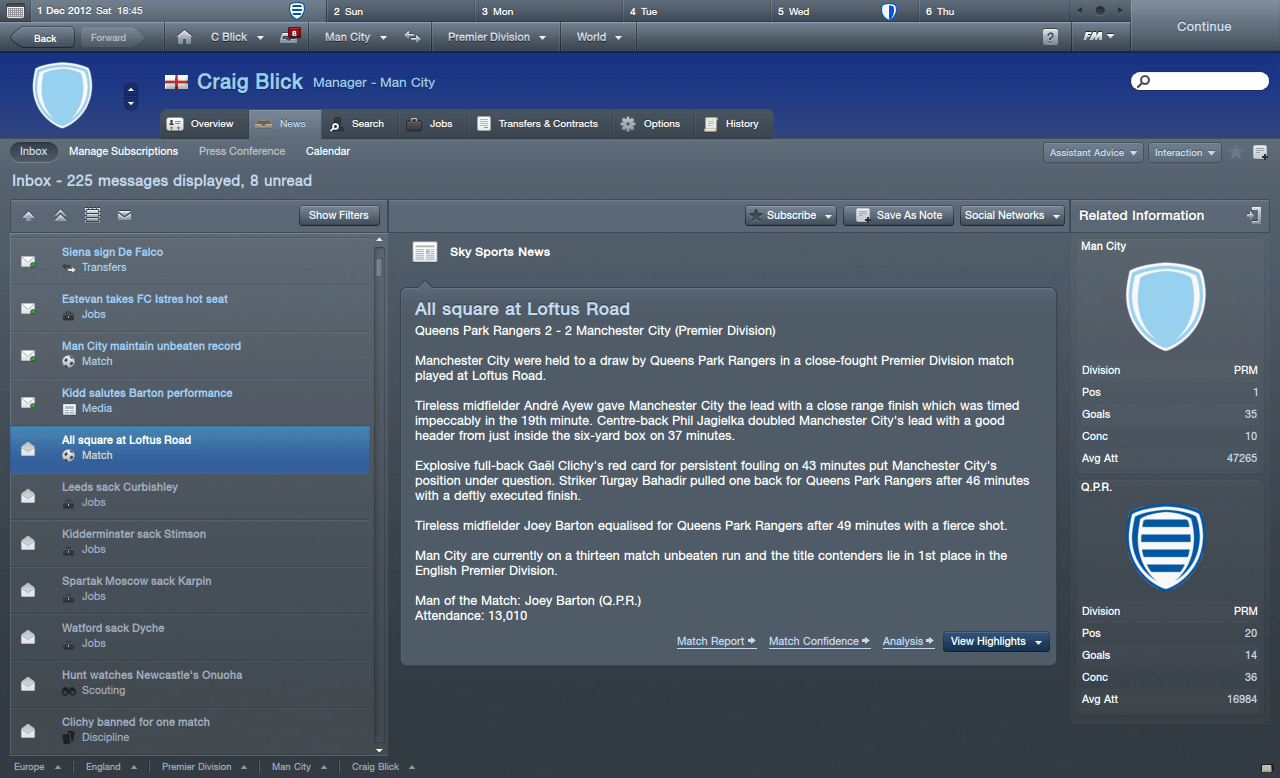 This is a terrible result, drawing to bottom place QPR, we should of comfortably won his match but after going down to 10men we struggled I will now have to find a replacement for Clichy while he takes his 3match ban.

Even though we drew with QPR it still makes my unbeaten run to 13games.

Walsall_Craig
10 years • Edited
Up next is 19th place Bolton Wanderers, lets hope we don't get a bad result like we did against QPR I will be looking for my team to get a win in this game so will go all out attack with Aguero and Adebayor with Tevez just behind with Silva,Nasri and Toure Yaya behind.
Prediction:Man City 3-0 Bolton 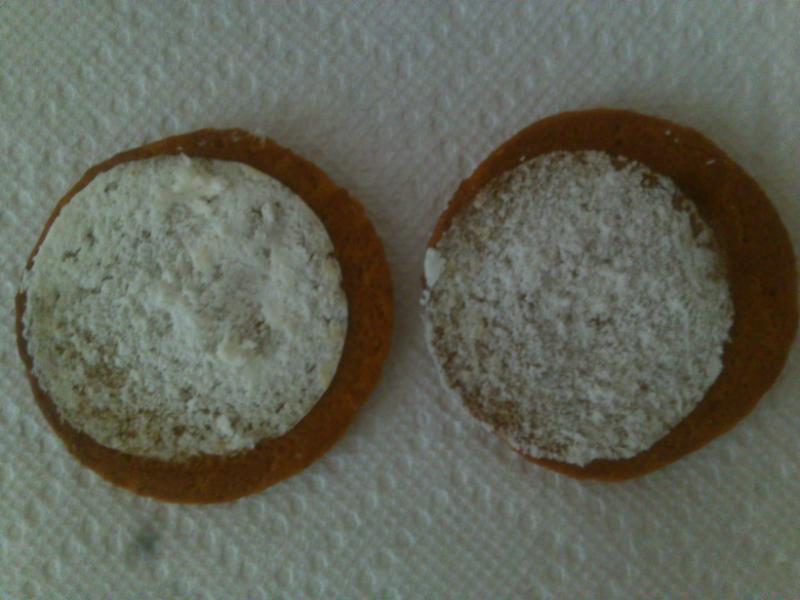 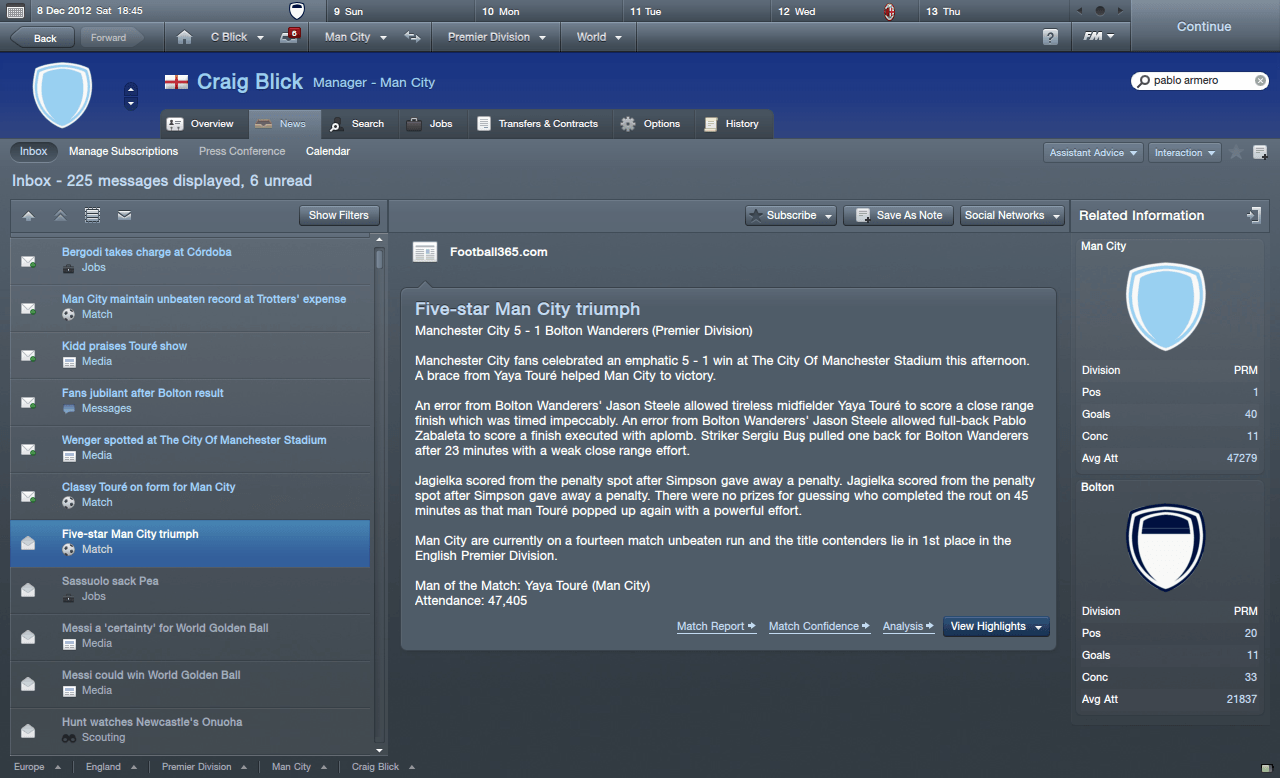 Here are the ratings of either team. 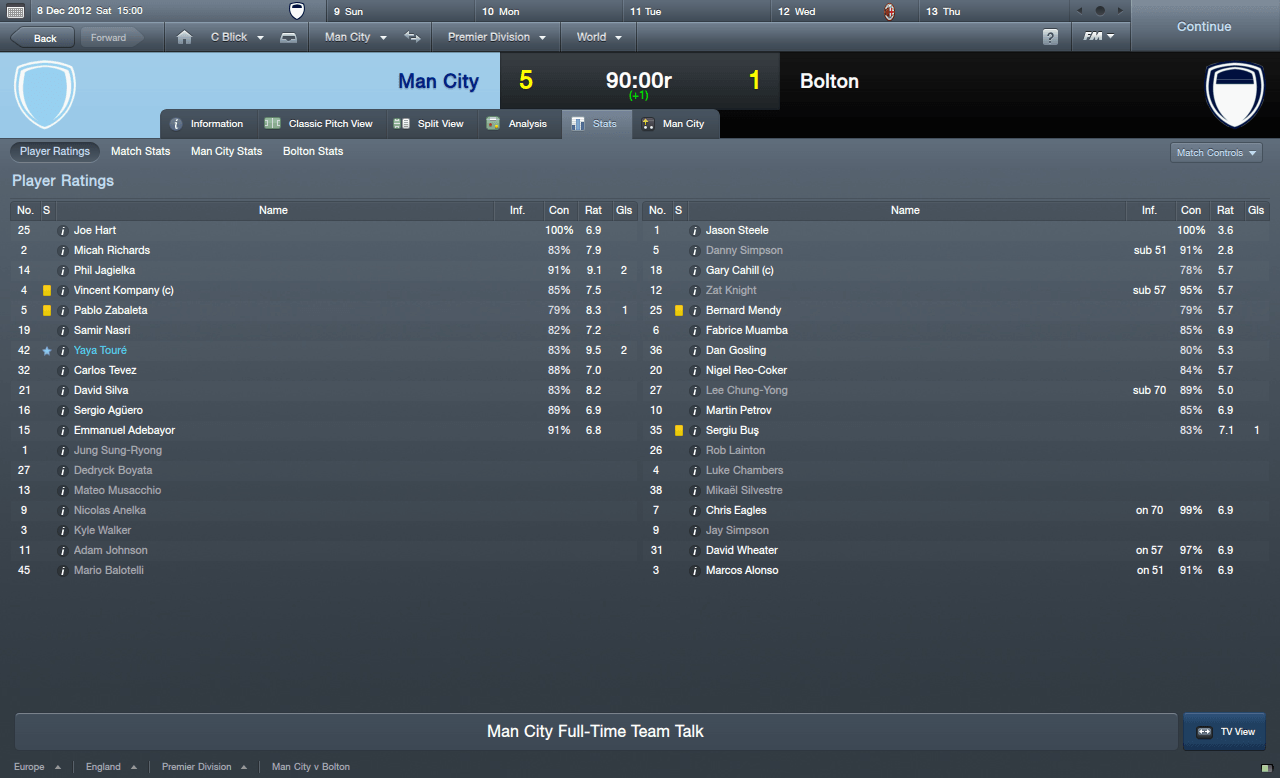 A fantastic performance by Phil Jagielka and Yaya Toure to smash Bolton with 2 goals each, All I can say is that Jagielka was worth the £18million I paid for him.
Login to Quote

Walsall_Craig
10 years
Next is the Champions League Group F game against A.C Milan, in the reverse fixture we just nicked the game 2-1 at the San Siro. Lets hope we can get a double win over the Italian giants. Prediction : 1-1 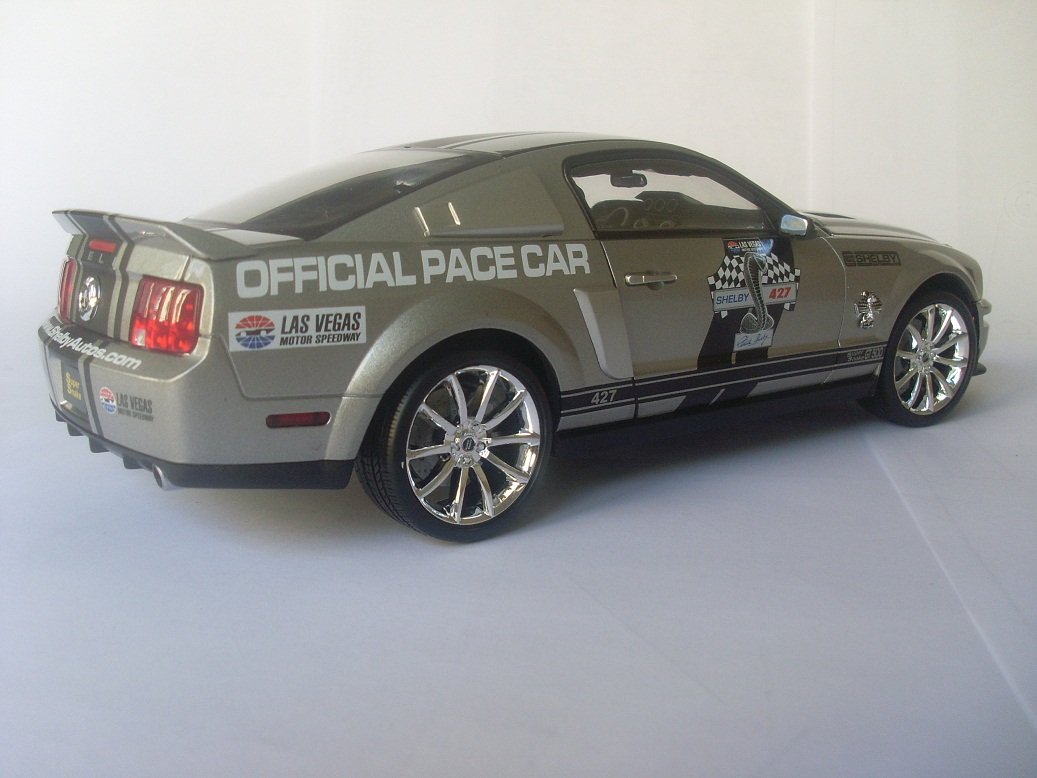 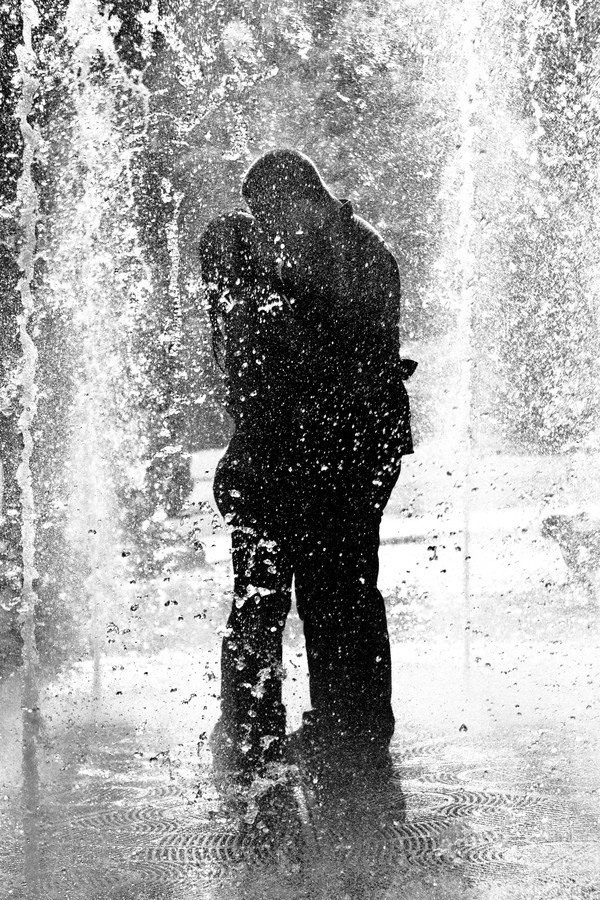 The stats of the Champions League game

A superb win against A.C Milan to do the double over the Italian giants, for this win takes me to 5 wins out of 6 with the only loss against FC Lorient 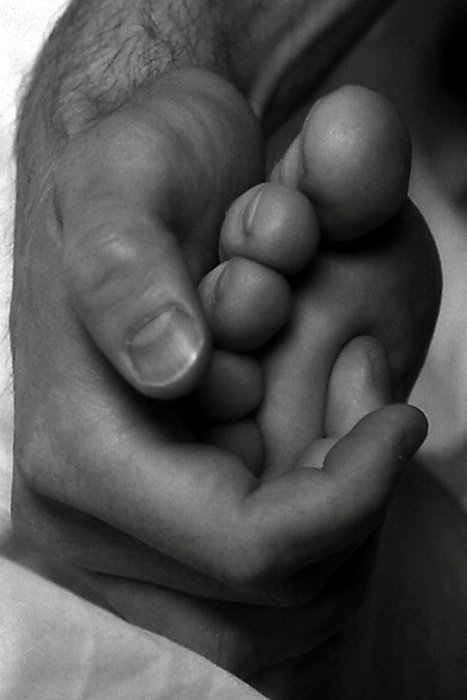 CantGetEnoughOfJelavic
10 years
Really liking your story here Craig. Seems like you are good with City. You are doing well in the Premier League and the champions league. Just hoping you don't go on one of these dreadful runs in a season that seems to always happen. Great read.

Walsall_Craig
10 years
Cheers for the comment @CantGetEnoughOfJevalic,
I feel I'm doing my best with City as this is the first time I've managed them in the FM series.
My plan for this season is retaining the premier league and getting FA Cup and conquering Europe. But I feel i will need some good players to conquer Europe this season.
Login to Quote

scarbs11
10 years
Really good story so far been following it for a while and it is good to read. Could you post a picture of the Arsenal squad please as I want to see what youngsters have developed there
Login to Quote

#36879 scarbs11 : Really good story so far been following it for a while and it is good to read. Could you post a picture of the Arsenal squad please as I want to see what youngsters have developed there

Walsall_Craig
10 years
Up next in the Premier League is Liverpool, this should be a good match as we both have a strong squad in our hands. But should I of took the chance to sign Luis Suarez for £17.5million last season, or should I stuck with my current crop of strikers, I turned down the chance to sign him as I want to build for the future.

If I can bring a youth player up who will be worth millions in years to come as it happened with my Liverpool save in FM2011. 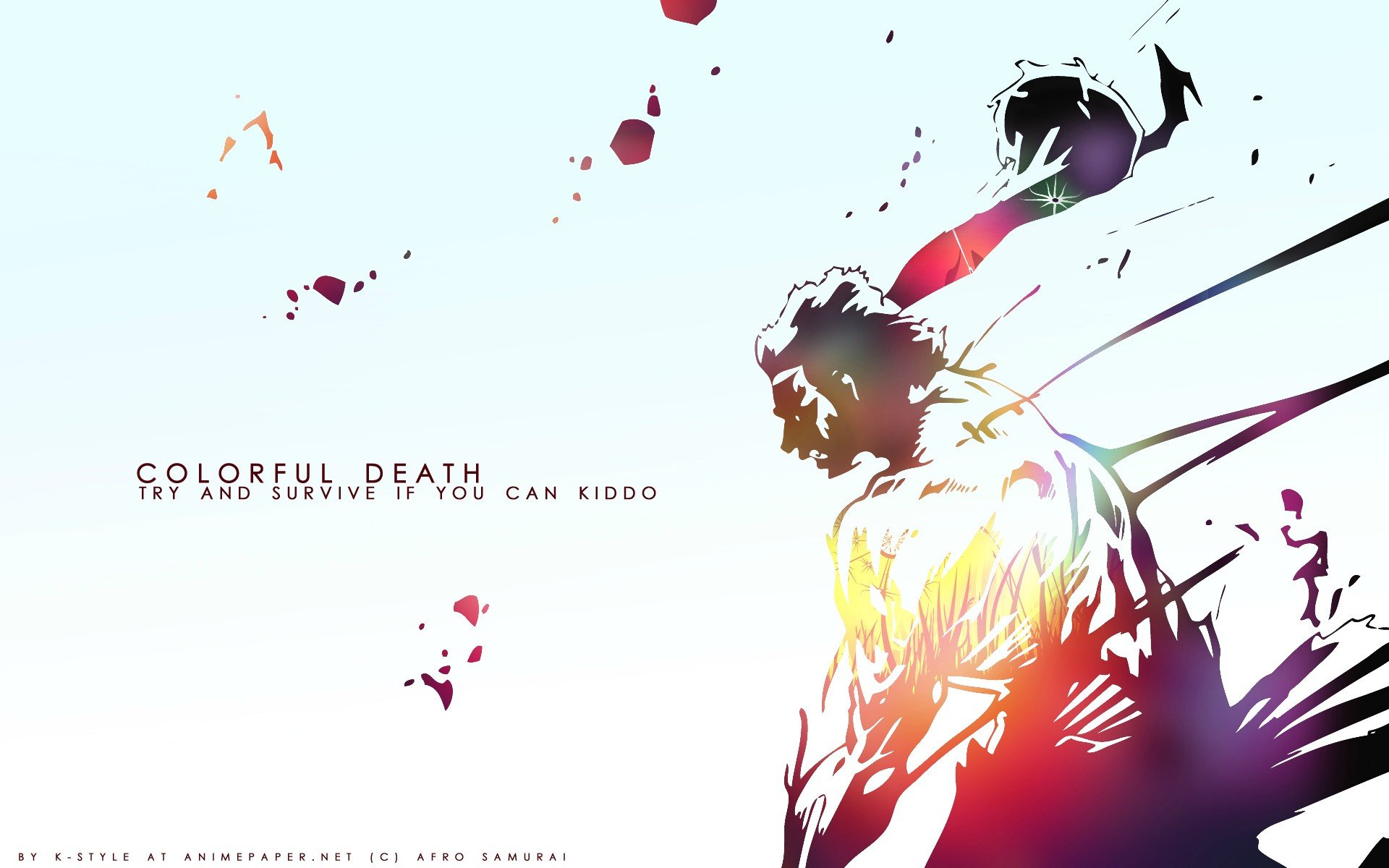 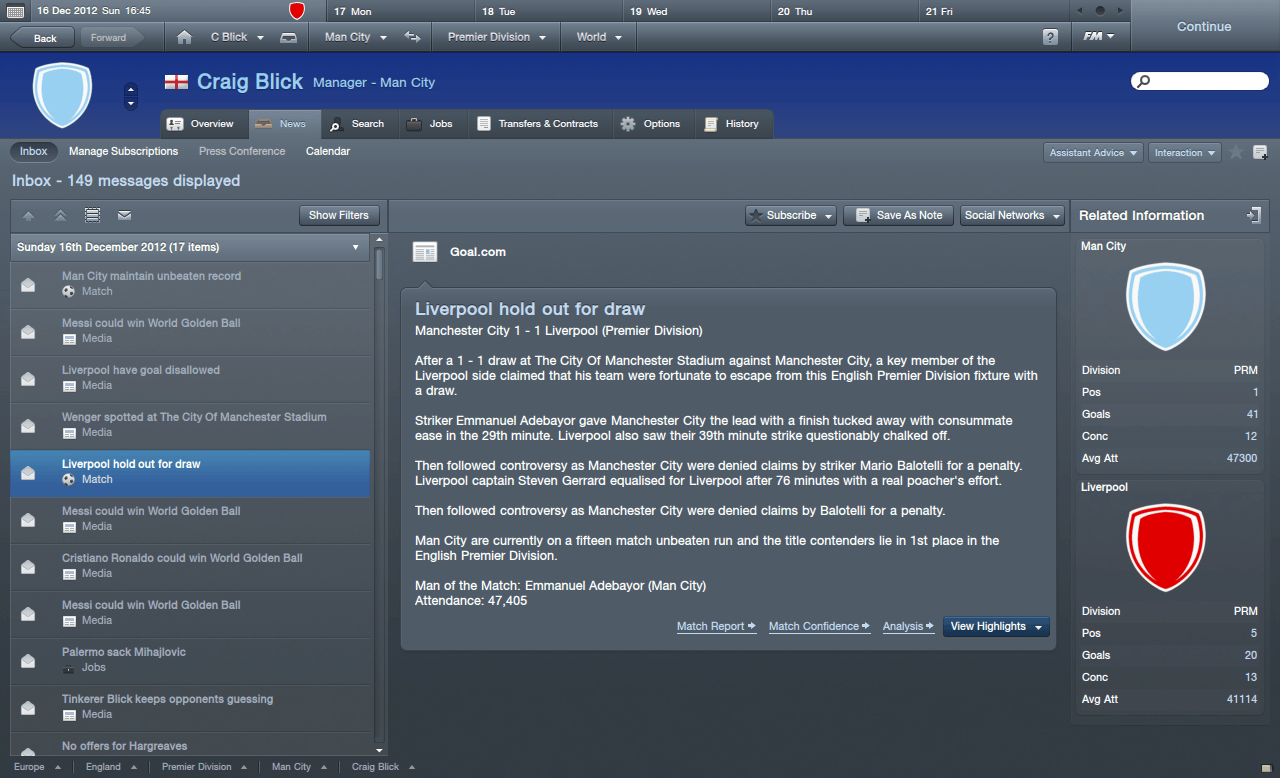 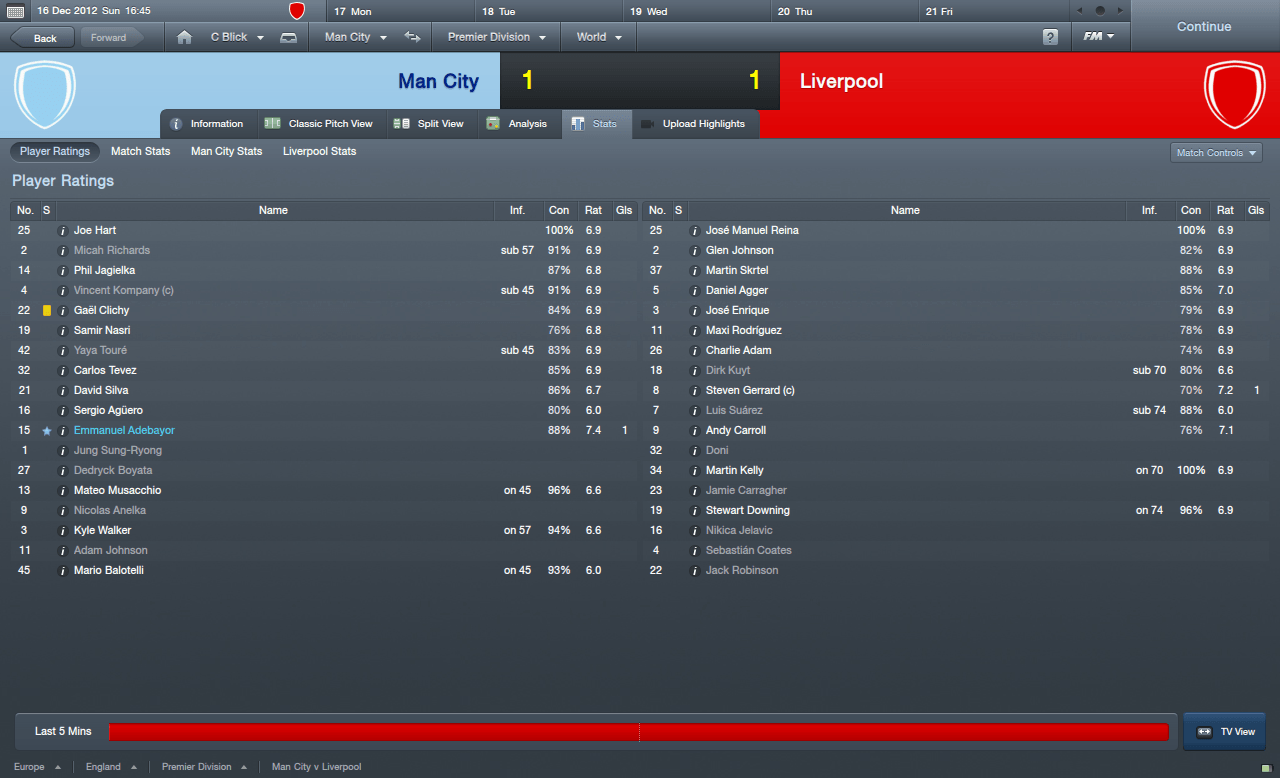 I feel this was a good result against Liverpool as it was a very close knit game with chances going back and forth through the entire match, I feel we could of capitalized on most of our chances, with some misses where like "Torres missing an open goal", But I feel we gave a good fight and came out with a point.
Emmanuel Adebayor has been a beast for me this season by taking over as my lead striker, I can't seem to find a place for Carlos Tevez so I'm thinking of selling him in January/Close Season

Emmanuel Adebayor Stats for the season so far

Walsall_Craig
10 years
With being in December it is getting close to the January 2013 window.


Lets just go into depth, who will be available this January on Cut-price deals or contracts ending in July, will there be any big money signings next month with the top clubs and also can players turn around a season for a struggling team like QPR,Bolton,Norwich,Blackburn and Wigan? Only they can decide themselves who they think can bring a force to survive the relegation battle in this season Premier League 2012/13 season.

And can the top half also bring in new recruits and try to fit them within there bond of players or will this unsettle the first team if they buy a big player like Kaka,Juan Vargas,Valdes,Casillas,Sergio Ramos and Dani Alves, will the teams let big players go and ply their trade in another top league.

Only those teams and players can decide there fate in this forthcoming season.


up next January 2013 transfer window!!!
Login to Quote

Godman
10 years
I like your story and you are going well. How is Walker developing? Also how are you keeping your strikers happy. Can you also post your current 1st team squad?
Login to Quote

Kyle Walker has been a very good buy as he is still young and definetly giving Micah Richards a run for his money for who to pick as my first choice right back, as for my strikers I alternate but my main 2 strikers are Aguero and Adebayor with Dzeko and Tevez as my back up strikers...with Balotelli left in reserves(but I'm going to sell Dzeko and Balotelli and try to bring Villa and Neymar to my squad. 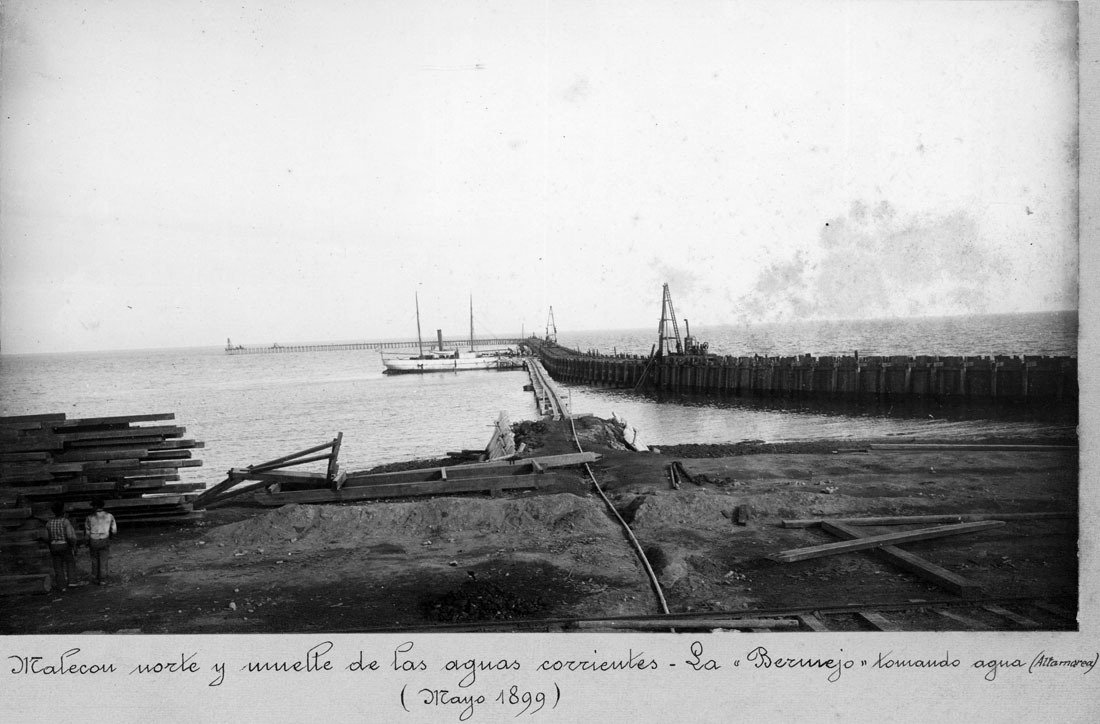 Godman
10 years
Your squad looks strong, but you look a bit week at LB. Maybe look at Jordi Alba.
Login to Quote

Walsall_Craig
10 years
Thanks for the advice mate I will definetly have alook at him.
Login to Quote