A draw ends the season and we finish 3rd now bring on the play offs.

A 1-1 draw was a fair result in this 1st leg we both played cautiously and cancelled each other out. In the home 2nd leg though I will be playing more attacking and trying to put the game to bed and get us to the final.

It took extra time to win this game and we popped up with the winner in the 116th minute to send us to Wembley to play in the Playoff final COME ON.
Login to Quote 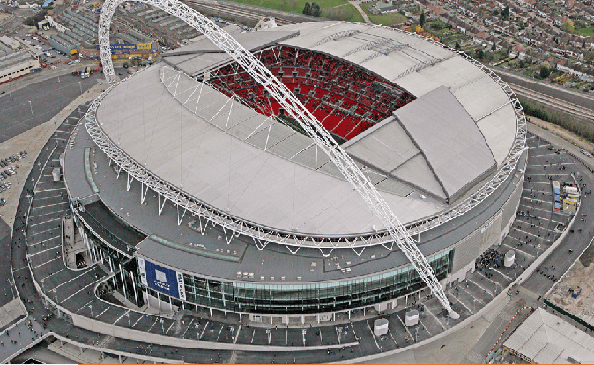 And here we are 1 game off the Premier league or 1 game off another season in the Championship. The final will also be contested by our most fierce rivals Southampton.

It took extra time to win this but I don't care we were 1-0 up and conceded in the 89th minute forcing us in to extra time. I spoke to my players telling them to do this for the fans and they reacted brilliantly scoring 3 goals in extra time I'm over the moon WE ARE IN THE PREMIER LEAGUE!!! 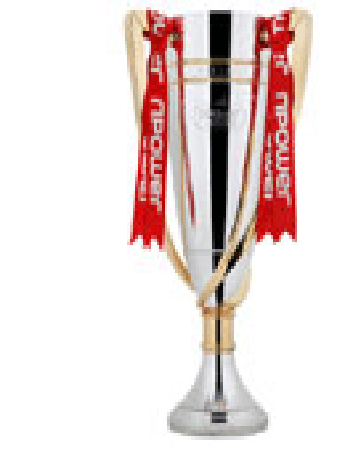 
WOW I hoped to get AFC Bournemouth to the Premier League within 5 seasons and I've managed it in 2 seasons with back to back promotions. We totally defied all the odds and have really achieved the impossible. I know a lot of work needs to be done for next season when we play in the Premier League and I am planning some big changes. 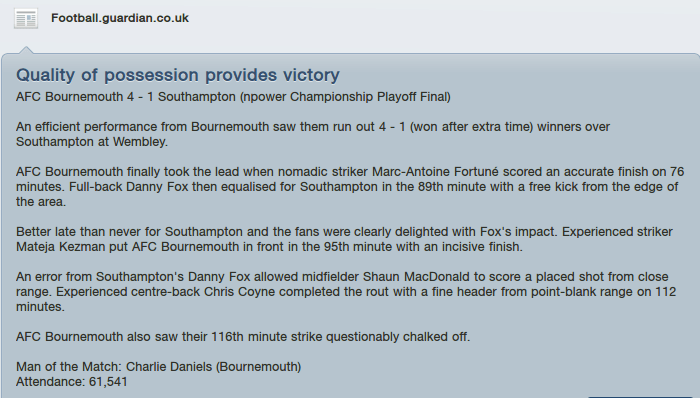 Kiwi
10 years
Congratulations - I hope the Board support you with a better wage and transfer budget so you can get some better players.

What are your facilities like? When I hit the EPL it was small stadium and non football costs that was the death knell for me.
Login to Quote

#61688 Kiwi : Congratulations - I hope the Board support you with a better wage and transfer budget so you can get some better players.

What are your facilities like? When I hit the EPL it was small stadium and non football costs that was the death knell for me.

I'm not sure yet after I won the playoff final I saved it and turned it off I was really tired but kept going just to see if we could do it. I will be going on it soon so I'm hoping the board back me also but all will be revealed


As you know at the start of the season the media had predicted we would finish 23rd and I told the board I would attempt to avaoid relegation. This meant funds were tight and with a strict budget I had to rely on free transfers and loan deals to boost the squad. I managed to maintain a bit of an up and down run throughout the season but it was good enough to keep me in the top 6 and we finished 3rd. We won the playoff final against our fiercest rivals Southampton sending us up to the Premier League for the 2013/14 season. 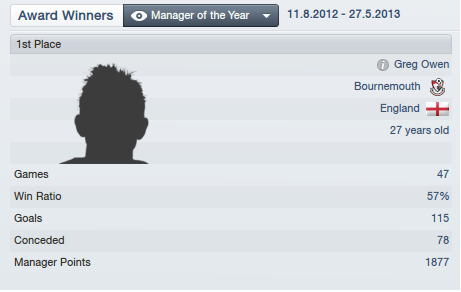 I just hope these expansion plans don't affect my budget for the season as theres no way we will cope without major changes.

There will be a number of players leaving this season due to age and the fact they have declined as footballers. I will be doing an update of all transfers signed , sold and players released. At least I have been given a great budget for a club of this size and it's now my job to spend it wisely. 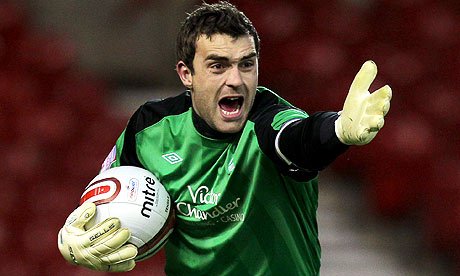 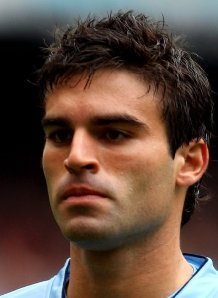 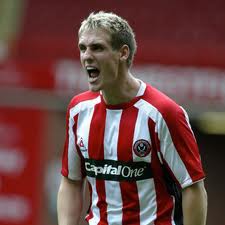 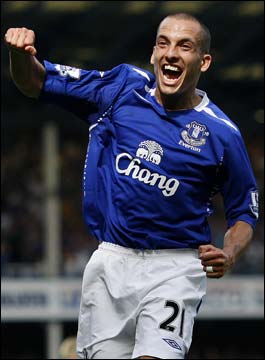 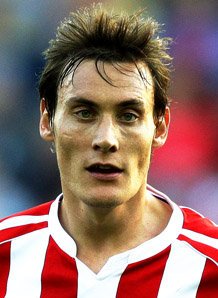 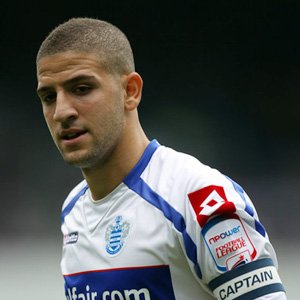 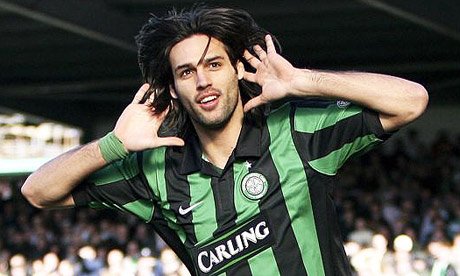 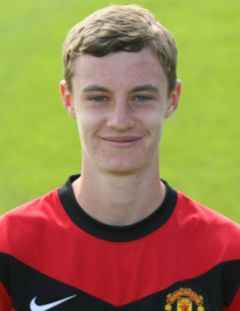 That's pre season out of the way and a lot of goals scored. We have no injuries and my squad are all fully fit and ready for the season to begin. 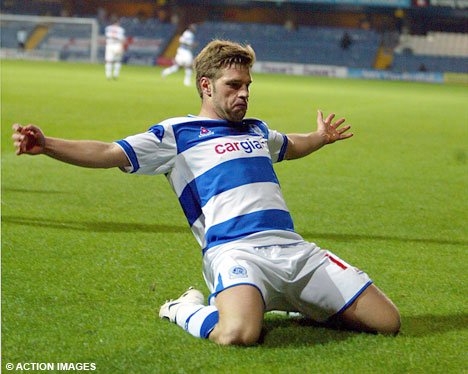 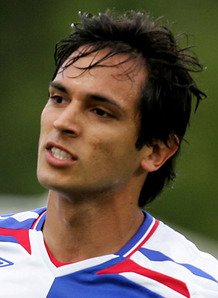 This will definitely be the end of transfers from me for now I have made 9 signings but felt they were all necessary to help keep us in the Premier League.
Login to Quote

Akash
10 years
All of these are amazing signings, and it is good to see you doing so well. I am hoping you perform respectably in the Premier League. Also, take care of those finances.
Login to Quote


August started with the draw for the League Cup 2nd round where we were drew away to Barnet.

Unbelieveable I was literally on the edge of my seat throughout this game we were 0-0 up until the 36th minute when Taarabt was sent off for his 2nd bookable offence. I dropped Samaras to LM leaving Santa Cruz as a lone striker playing 4-4-1 and it paid off. We got a penalty which Samaras converted and managed to hold on to a huge priceless win.

I decided to hand a lot of debuts out for this game and played a few of my back up players. We were 1-1 at 90 mins and scored to make it 2-1 in the 1st half of extra time. Barnets late equaliser forced penalties and my players stepped up to the mark sending us into round 3.

We went in at half time 1-0 down without a single shot on target so after a team talk and a change of tactics we came out all guns blazing. We went on to score 2 and take the league but eventually conceded in the 79th minute but held on to claim a point.

The draw for the League Cup 3rd round draws us at home to Barnsley.

#61825 akash.vidyasagar : All of these are amazing signings, and it is good to see you doing so well. I am hoping you perform respectably in the Premier League. Also, take care of those finances.

Thank you I've started very well indeed I still have around £8million to spend and I'm about 70k under my wage budget so I've done well. At the start of the season we were given £42.5million for participating in the Premier League but yet my finances say we are £5 million in debt I don't understand that? I hardly spent anything and the board have spent around £4 million on expanding the stadium so I don't know where the money has gone.
Login to Quote

We conceded inside 2 minutes but we didn't let our heads drop. After half time we were still creating chances and managed to pull back 2 goals securing all 3 points.

We went 2-0 down inside the first 13 minutes and I thought we were going to get absolutely battered. We pulled back a goal just before half time and got the equaliser in the 76th minute.

Another chance to play my youngsters and rest my key players and it paid off. A brace by young striker Will Keane and a goal by veteran Eric Addo see us into the next round.

Again we had to come from behind to get something from this game but we end the month still undefeated and I am very happy with that.

It took a West Ham own goal to win this game for us and we did well to hold on at the end as West Ham put us under a lot of pressure.

We started so well taking the lead after just 21 seconds but found ourselves 2-1 down going in at half time. We tried getting back into the game and found it difficult after Liverpool got their 3rd.

A very dissapointing result in a game I thought we could and should be winning. We never really got going only managing 4 shots with 1 on target even after I had changed tactics.

I decided to play my 2nd team again in the cup even though we were facing Chelsea as next up in the league is Manchester United and staying in the Premier League is my priority. Chelsea also played what looks like their 2nd team so it turned out to be even except their youngsters were obviously better than ours.

I was never really expecting to get anything from this game however this is our 3rd straight league defeat I just hope we can recapture some of our form from the start of the season.

Another defeat and we really need a win soon to keep the dream alive we started so well and now we're slowly slipping down the table and also not scoring.

About time we won a game and got some points it was also nice to see us grab 3 goals after they had dried up of late.

Another defeat but I was never expecting anything less to be honest but at least we're still safe in midtable.

A nice way to end the month with a win over a struggling Fulham side who are second from bottom.