Everton manager Joey Barton talked to the press in a post-match conference after his side's surprising 2-1 overcoming of Arsenal at Goodison Park.

It is known that former Evertonian Leighton Baines had injured Everton winger Magaye Gueye during the match, and the Frenchman, who had just been called up to the France U21 squad for the U21 Euro Qualifying matches, was carried off by Everton physios.

When asked how long he thought Gueye would be out for, Barton said, "it's damning. Magaye will be out for at least five or six months. It's a blow as he's been playing well recently and it's even tougher for him. But he is determined not to let this get him down and he will return a stronger person come April."

Barton reacted strongly when asked what he thought of Baines' challenge.

"It's a disgrace," Barton said angrily. "I would emulate what Drogba said after that Champions' League match against Barcelona a few years ago, but I'm not going to get myself into trouble. Leighton should have been sent off, or at least a yellow card, but no, the ref let him off just like that. He got a proper yellow card thirty minutes later, but by that time he should have been sent off.

Glenn T
10 years
October
Everton and I have both cruised to victories in every Premier League game this month, except for an embarrassing 2-1 loss to Stoke City. 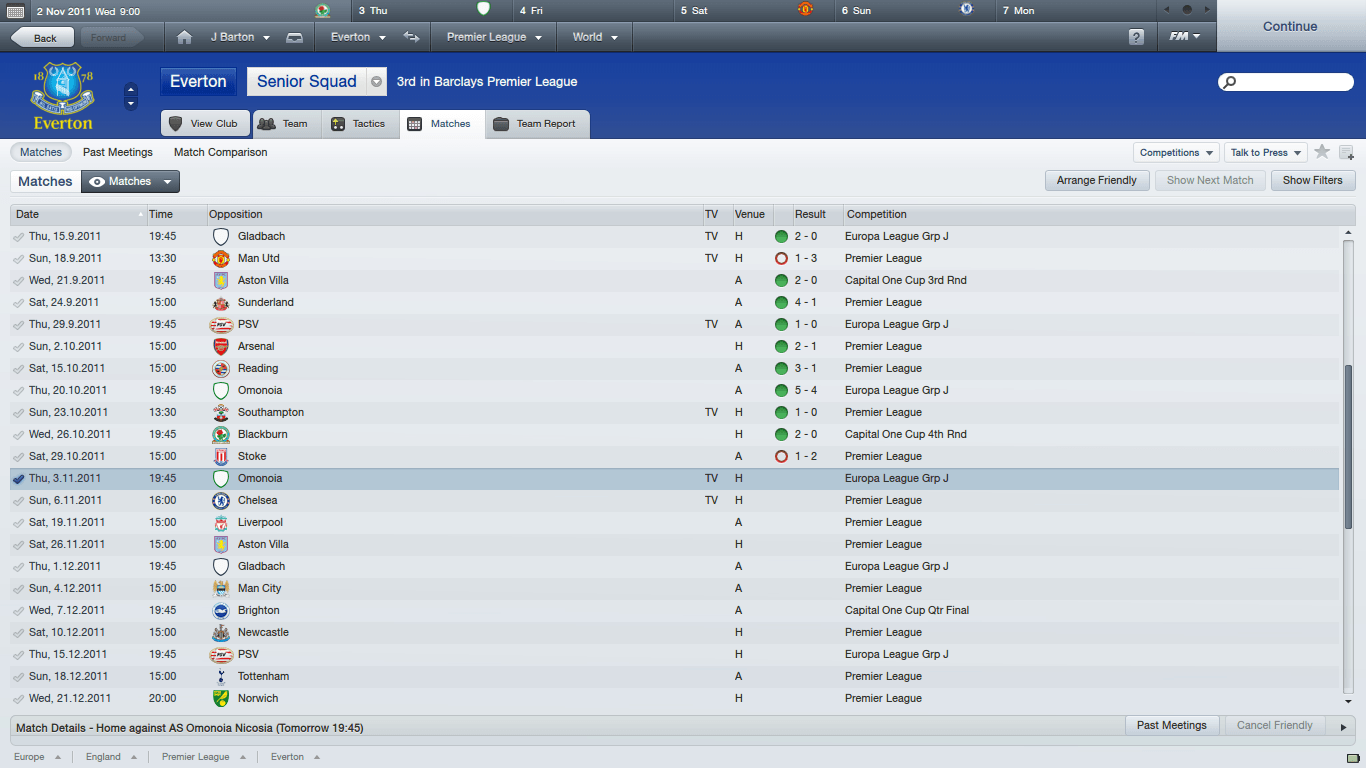 We sit 3rd as of October, and we look strong. 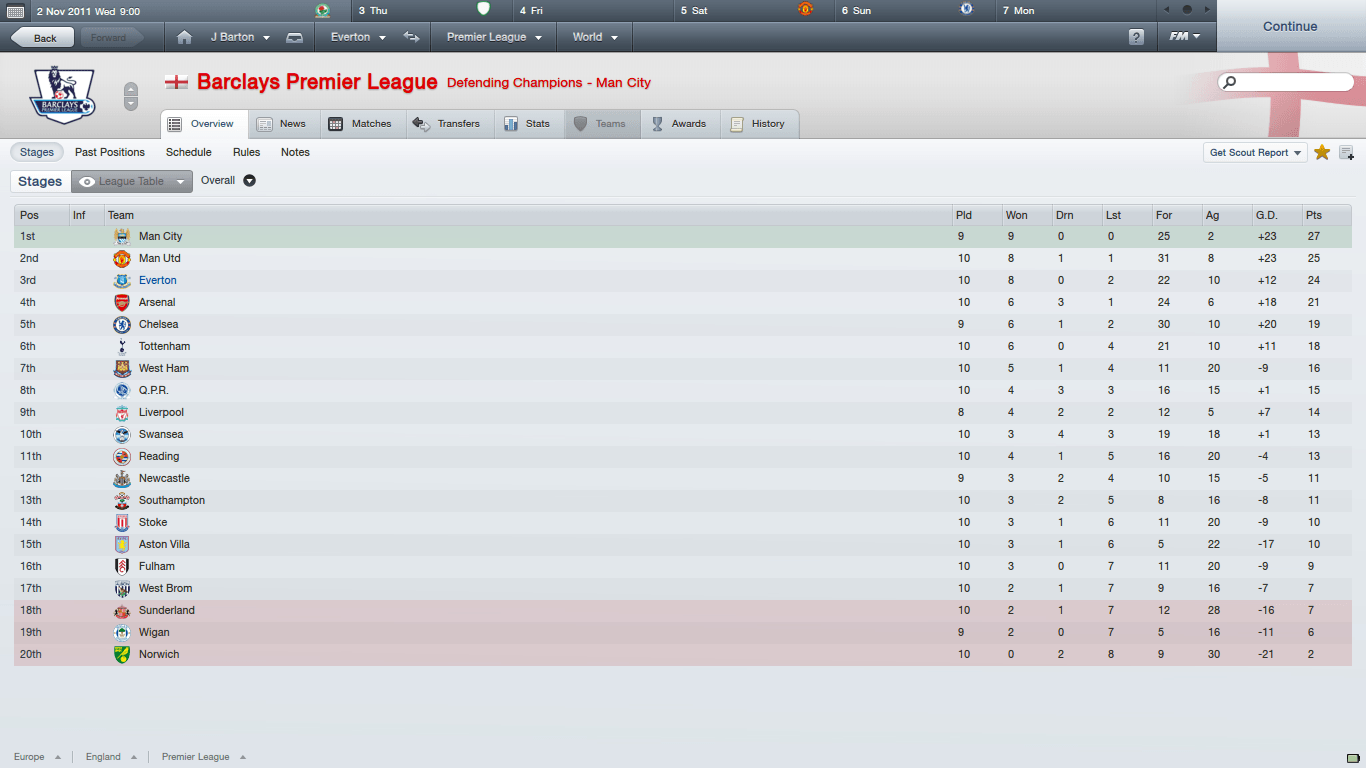 Glenn T
10 years
We have qualified for the Europa League Knockout Stages! This is an exciting time to be Everton manager! Now I don't feel as unhappy as I was when the FA impeded the ban on me. Playing football is fun, but managing is even better... sort of. 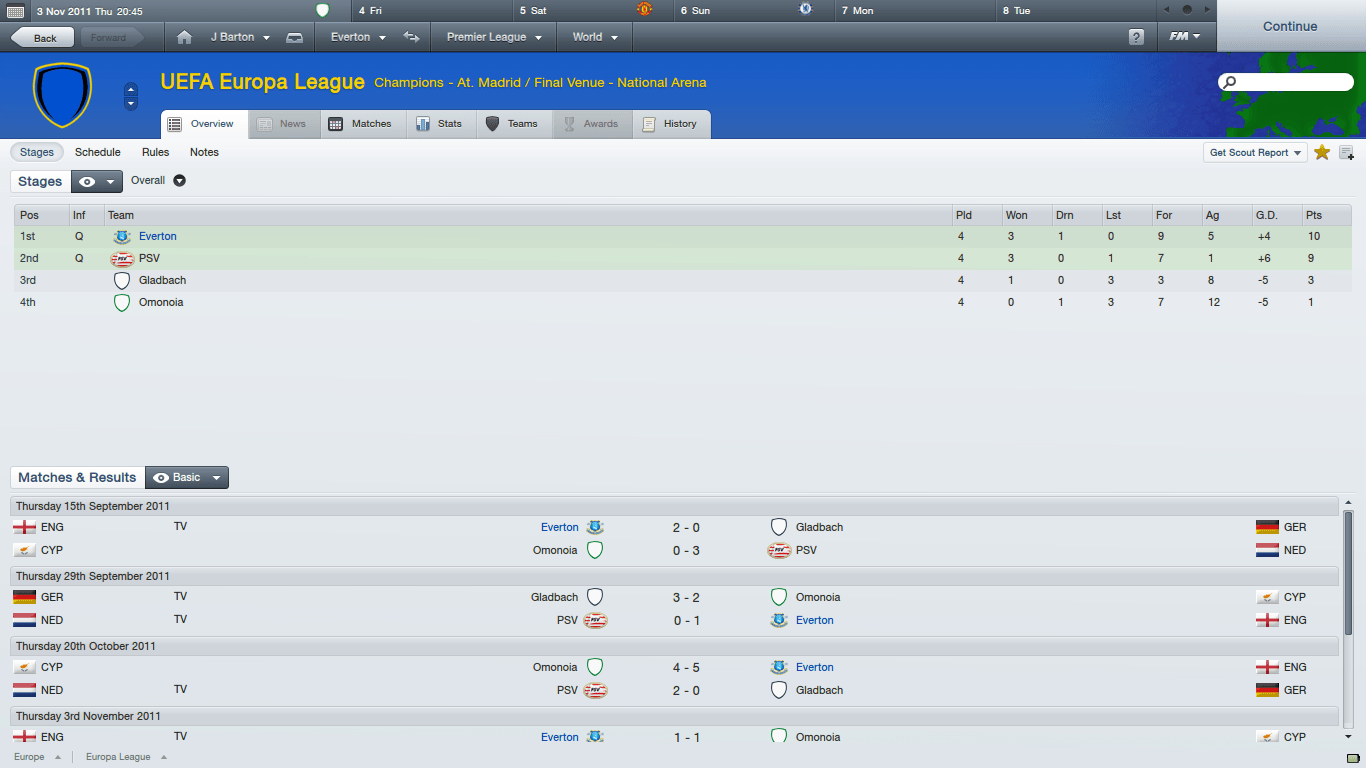 The FA are being twats again! 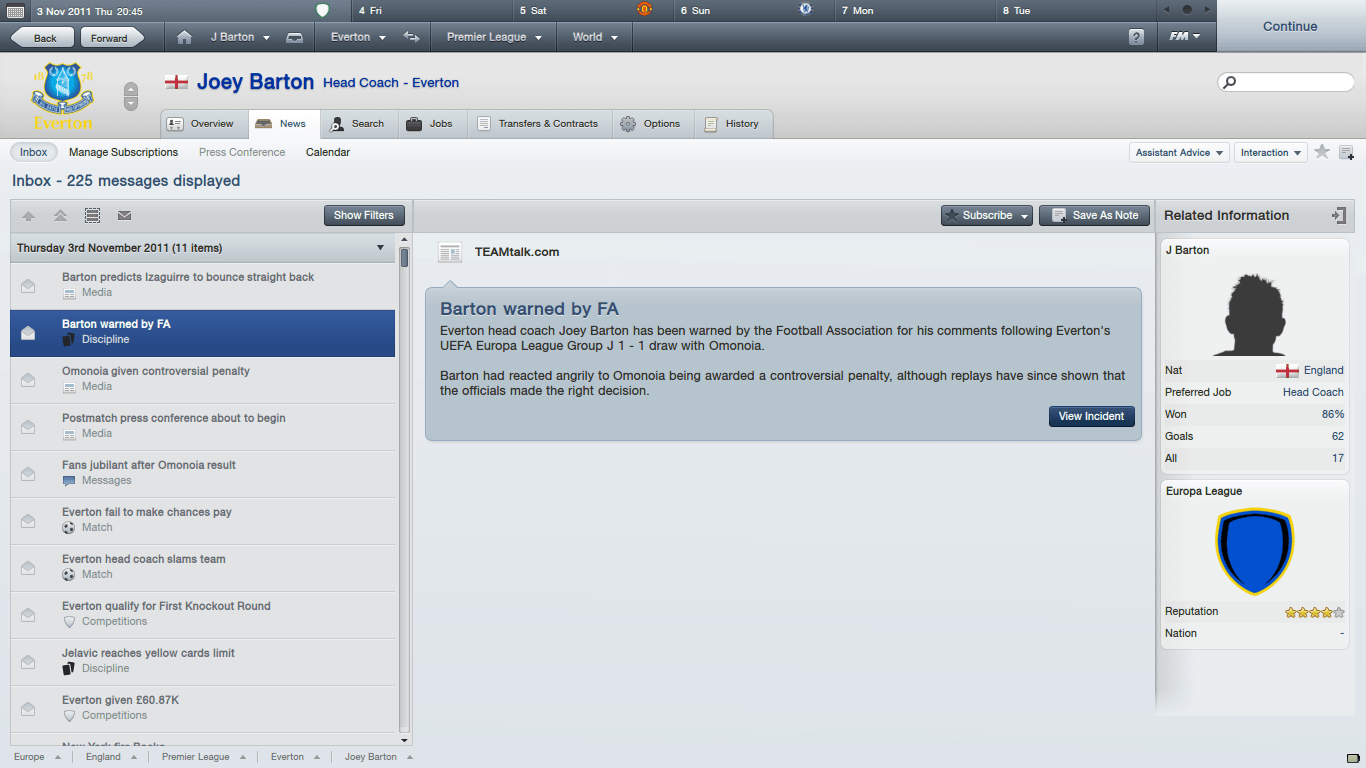 I am Joey Barton, and I do what I want!
Login to Quote

Glenn T
10 years
Salvatore Bocchetti has got himself injured after lifting heavy weights in training and will be out for 2-3 months, meaning Emilio Izaguirre, who has been playing backup to Salvatore, will get a few run-outs. Steven Pienaar will be returning from an injury suffered against Blackburn in the Capital One Cup very soon, while Magaye Gueye remains injured. Emile Heskey has returned from a short-term injury and is available for selection.
Login to Quote

Glenn T
10 years
Anton Forrester has joined Macclesfield on loan for a month. Speaking about my Reserves and U18s, none of them actually have the potential to become a quality player, so I probably will clear them out except for two to three who could become good backup players.

We beat Chelsea in a 4-2 win with Phil 'scores too much for a center-back' Jagielka scoring as well as Nikica Jelavic bagging a beautiful hat trick.

However, Phil Neville made horrible mistakes to allow Chelsea to score two goals, and his recent poor performances will force me to think more about his future at the club.
Login to Quote

Glenn T
10 years
Anderson is back in the Brazil squad and Apostolos Vellios has earned his first Greece cap... Everyone at Everton are happy for the both of them. Apos' cap was well-deserved, he has been solid in every game he has played for us this season.
Login to Quote 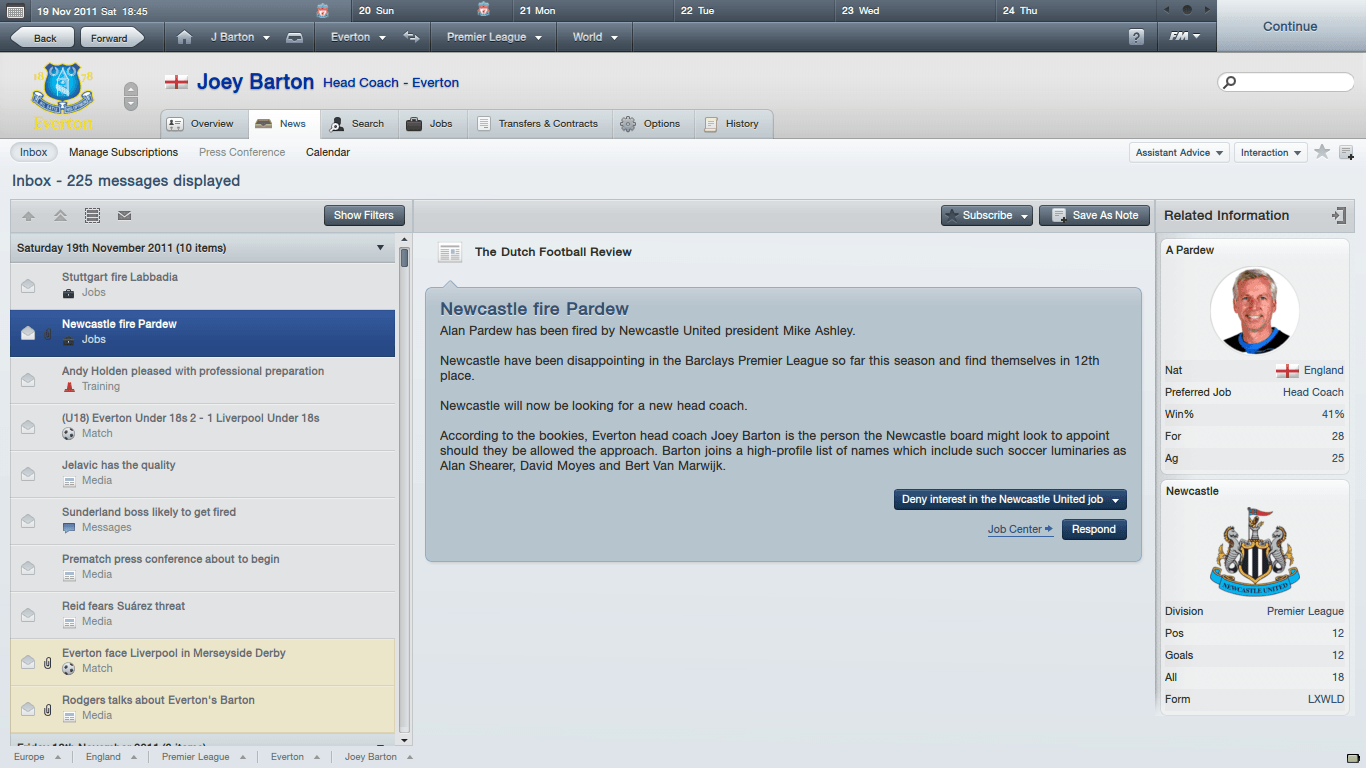 Newcastle have fired my old gaffer Alan Pardew. My old club is lingering in 12th place of the Premier League, so it was probably understandable of Mike Ashley to fire him.

The big thing is, Mike might be looking at ME to succeed Alan. Yes, ME.

The bookies are all saying Mike has put me at the very top of his wishlist of managers to replace Alan even though I've only got the Everton job four to five months ago.

To be honest, to manage Newcastle would be a very tempting thing. But I have a project with Everton that I want to carry out and I can see myself staying for at least the next five to six years, if Bill Kenwright lets me anyway. I shall be denying that I have any interest in the Toon job. 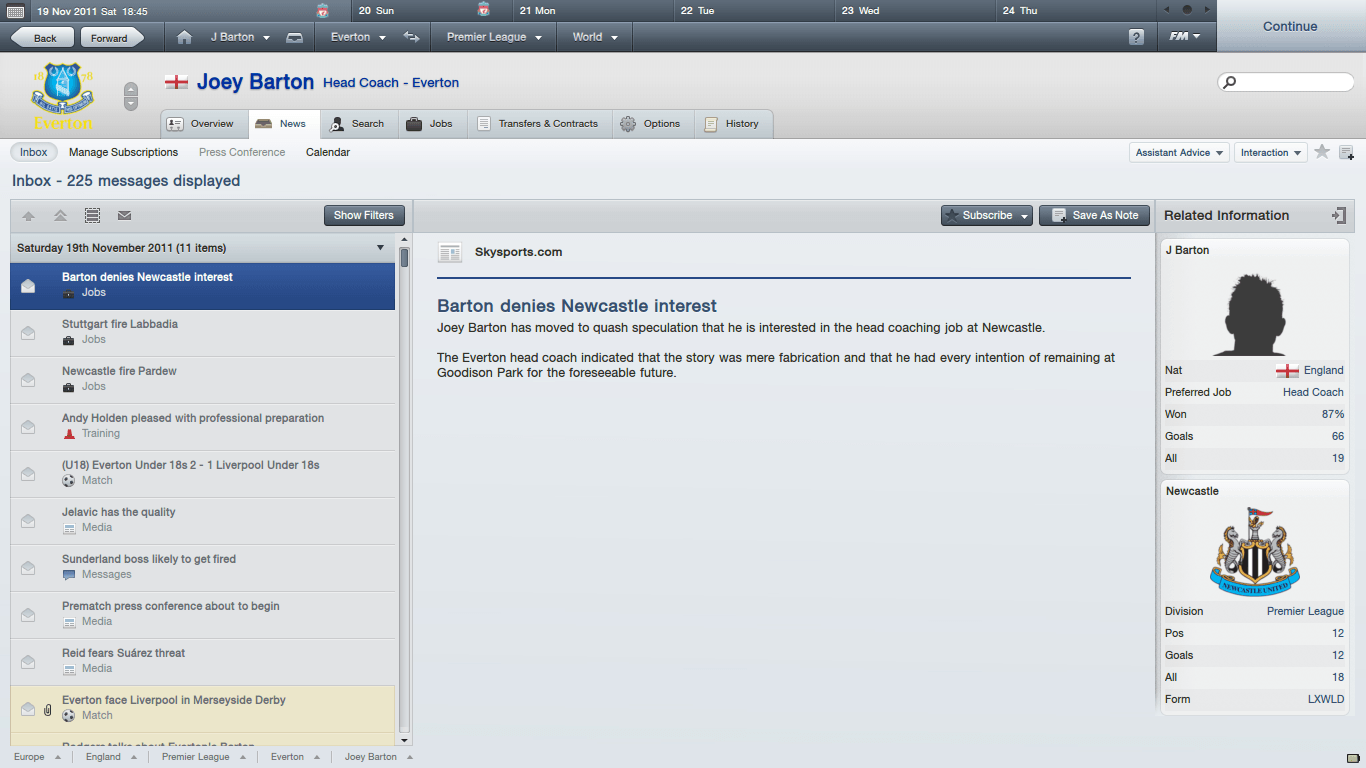 Glenn T
10 years
November
A very good month - we only have had four games to play so the lads got plenty of rest. It was vital because we played a Premier League big boy as well as our fiercest rival... 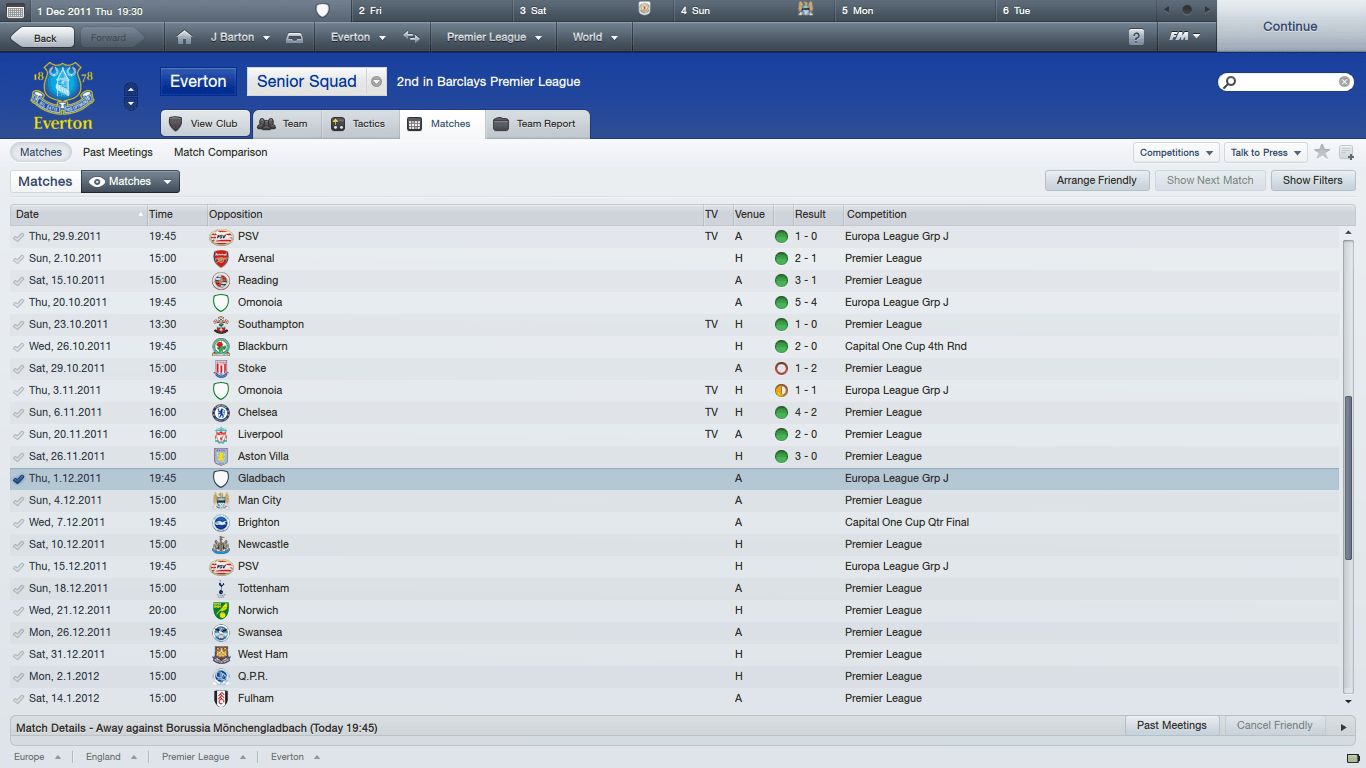 We are flying! 2nd in the table, with Manchester United lingering behind us and Arsenal some way off in 4th place. Only Manchester City are one point ahead of us as well as having a game in hand. 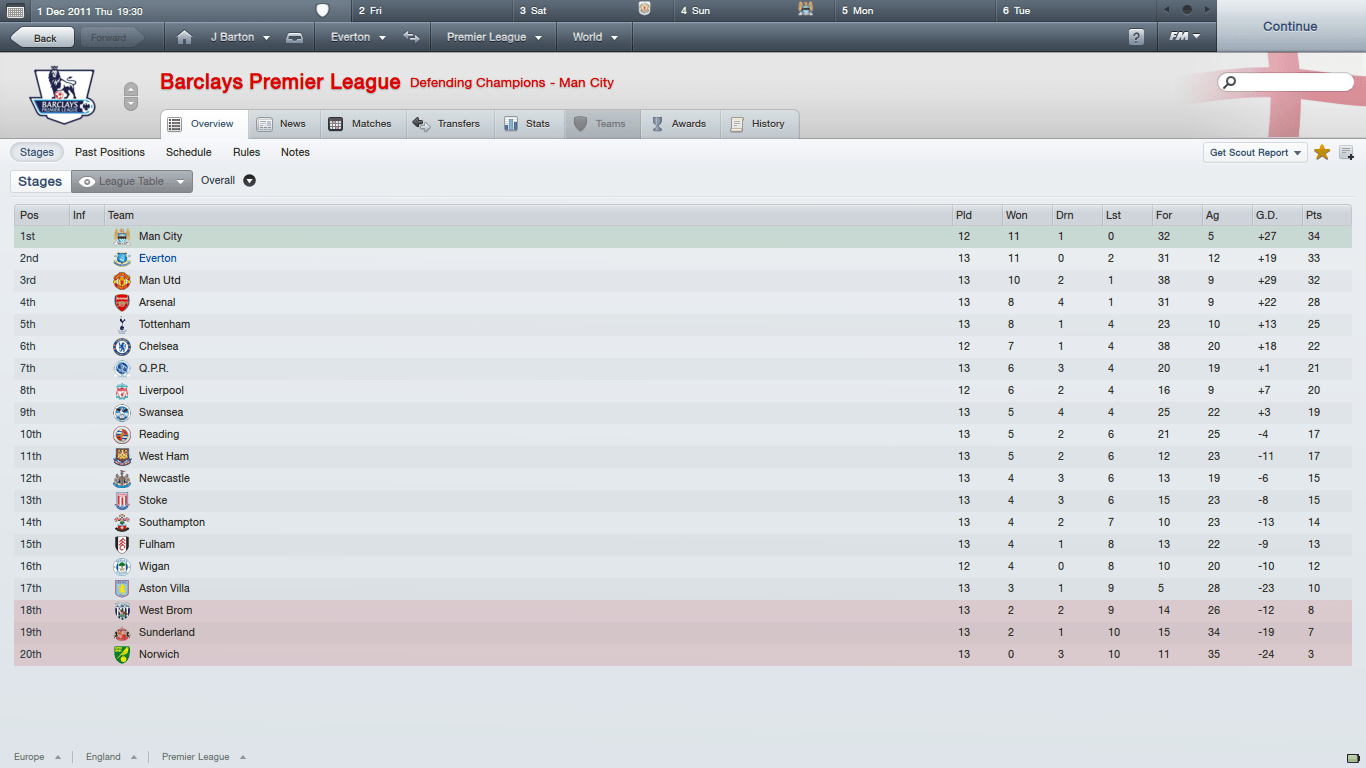 The highlight of the month is definitely the 4-2 thrashing of Chelsea, and I have grown accustomed to seeing Nikica's name on the score sheets, as well as Phil with his towering headers.
Login to Quote 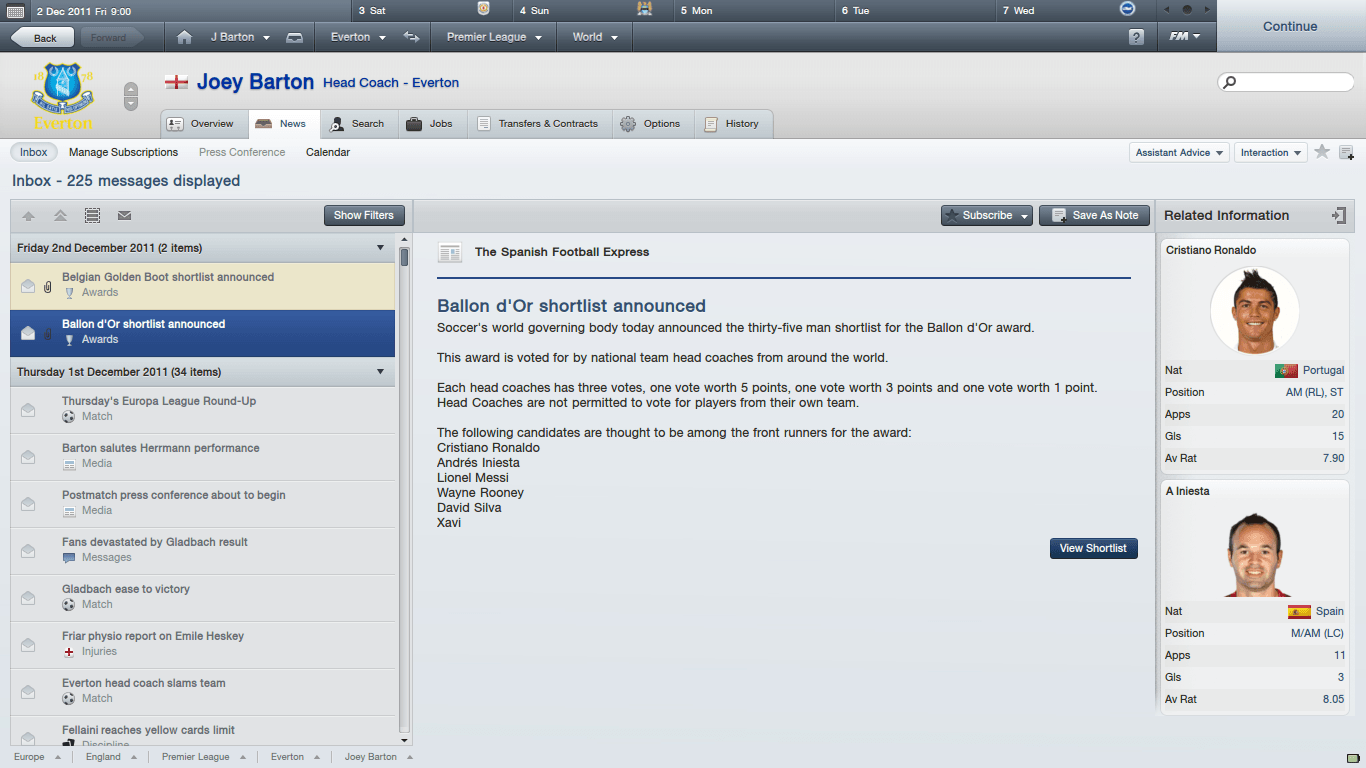 I'm going for Lionel Messi to win it again this year, or maybe Wayne Rooney this time! Both quality players!
Login to Quote

Glenn T
10 years
December
It was a horrid month... 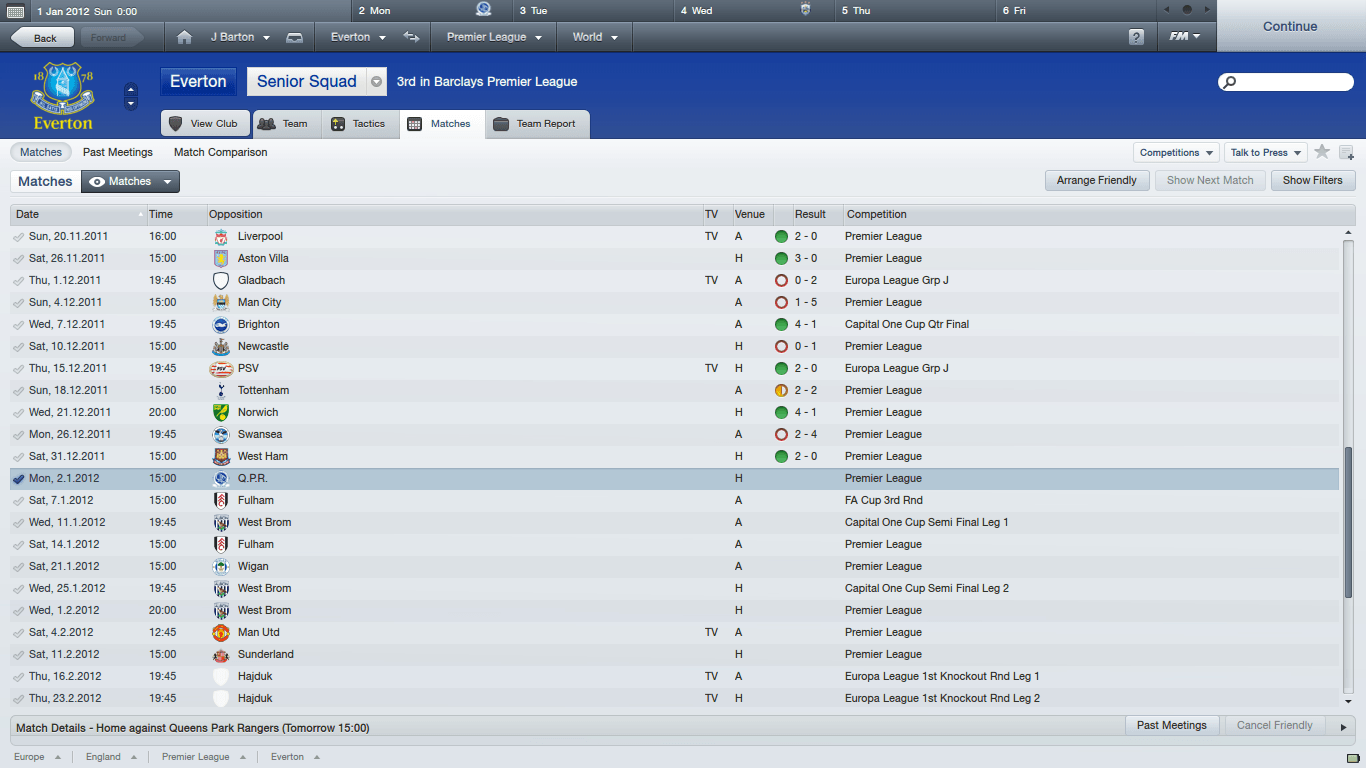 We stand 3rd, but Tottenham and Arsenal both lurk in the background. 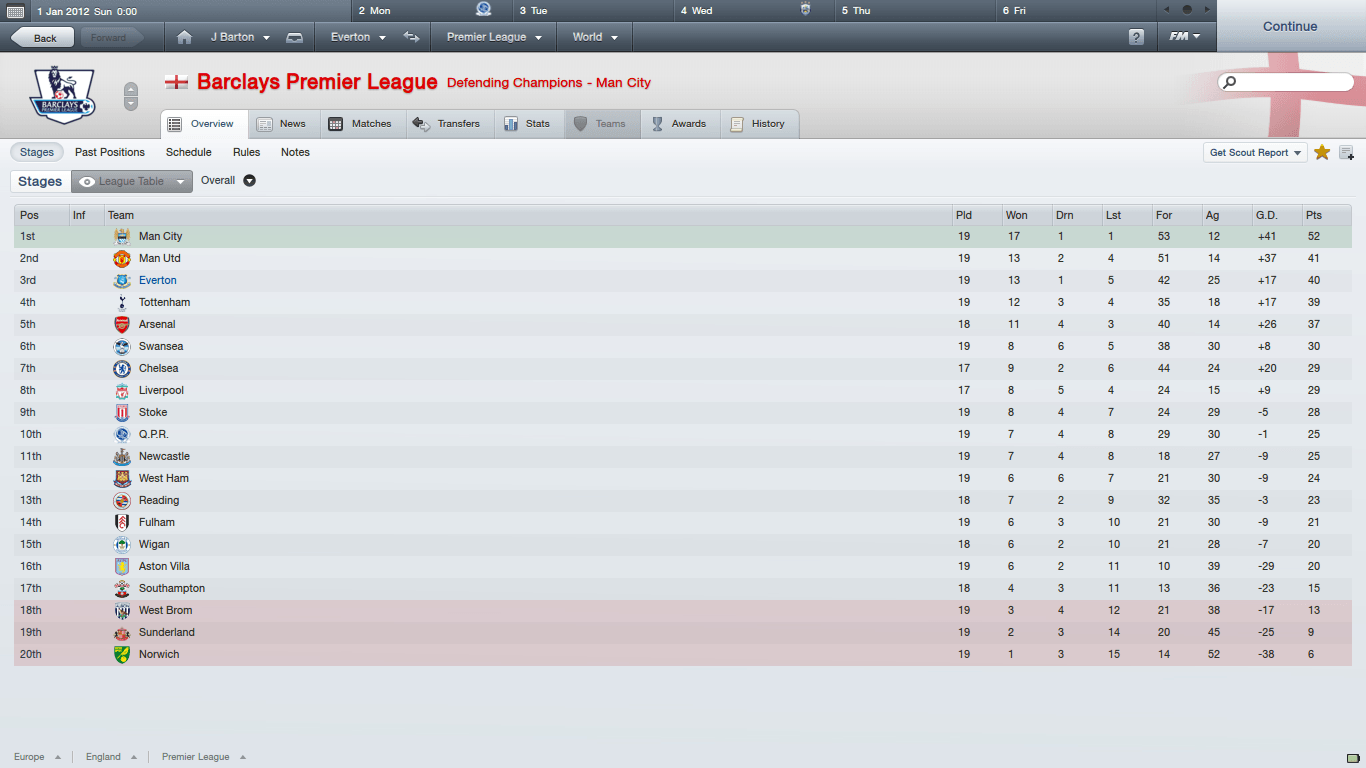 A bit of news of the month is that Jan Mucha and I have fallen out. He's been trying to persuade me to play him more often but Tim Howard is a quality keeper and the reason Everton brought him in was backup, besides he didn't have the class or quality to be a first-team keeper for a Prem club really. I told him exactly what I thought, and tempers flared. The next morning, the papers were already reporting of how Jan was unhappy at the club, and by noon I had a surprising offer from the Spanish giant Real Madrid, who wanted Jan in as their backup keeper.

Now, I don't know why Jan would want to leave Everton and go to Real Madrid, except for the money maybe, because at Real Madrid he'll only be on the bench more. Contract talks were smooth and Jan agreed a move to the Spanish capital, just for 2 million.

This will probably teach the other lads. I'm not one to back down and if you aren't backing down either then out of the door you go, no matter how popular you are in the team, or how good you are in your footy.

I also faced my old teams Manchester City and Newcastle, with both matches ending in horrible results.

Well, the highlight of December is probably Emile Heskey scoring his first goals and bagging his first hat trick for Everton, as well as me losing to BOTH of my former clubs, City and Newcastle... City are doing pretty well in the Premier League at the moment and I'll be placing my bet on them retaining their league title this season, definitely.
Login to Quote

Glenn T
10 years
Well, I'm not proud to say I have been rather wrong with my predictions on who'll be winning the Ballon d'Or this year, but anyway... 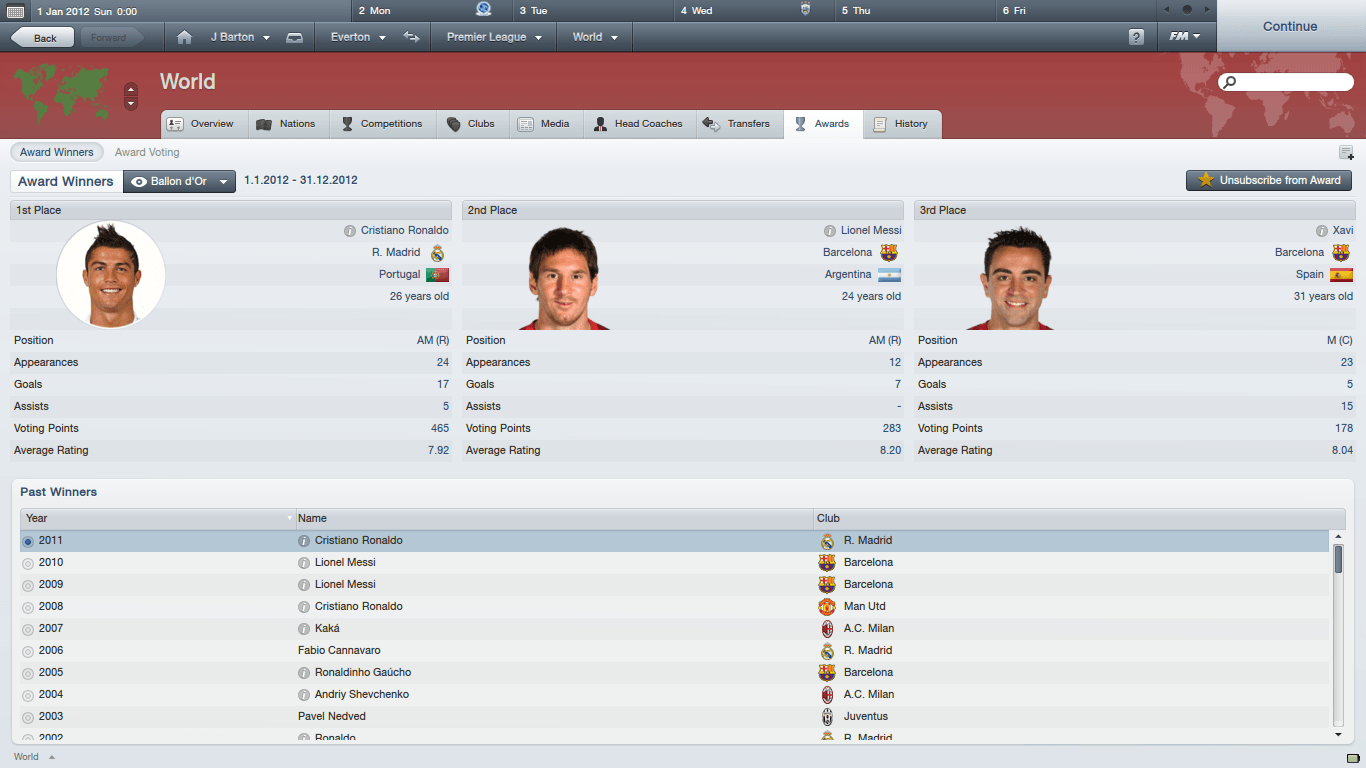 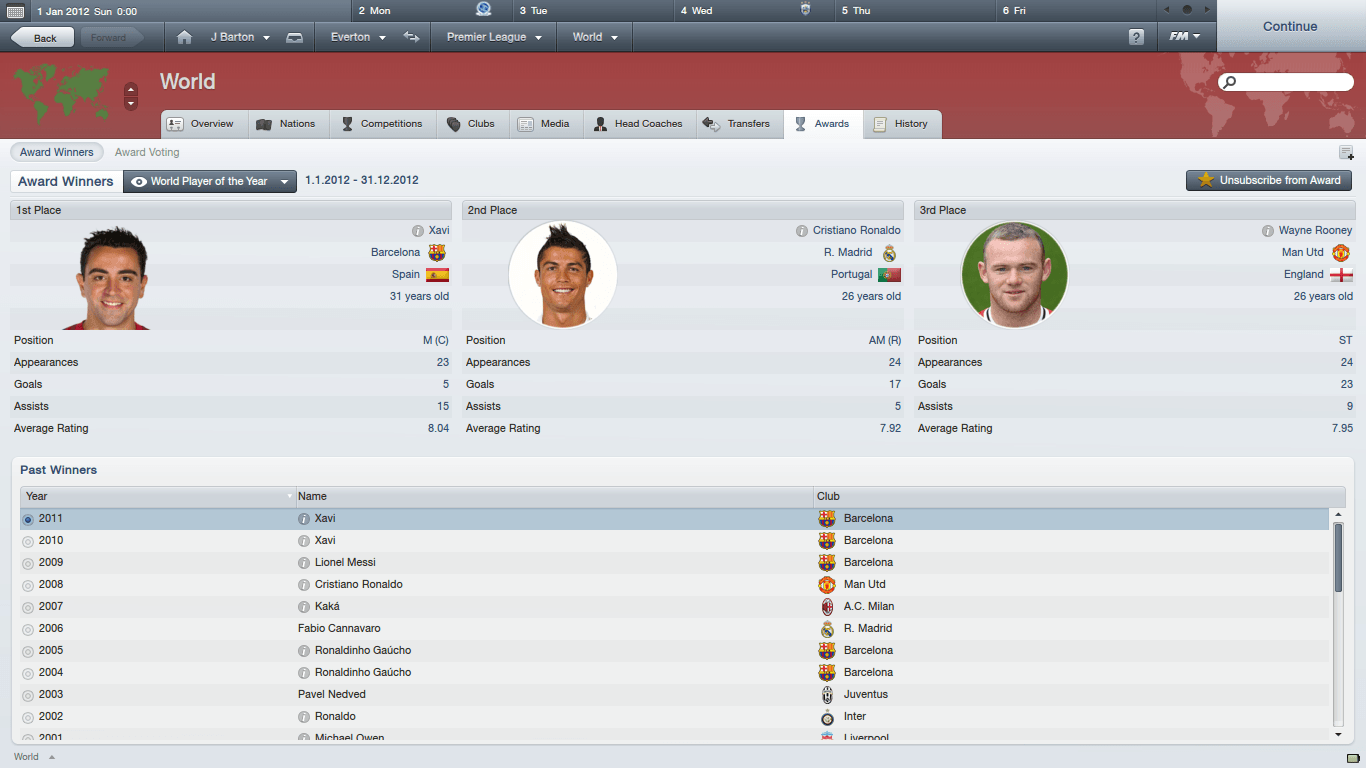 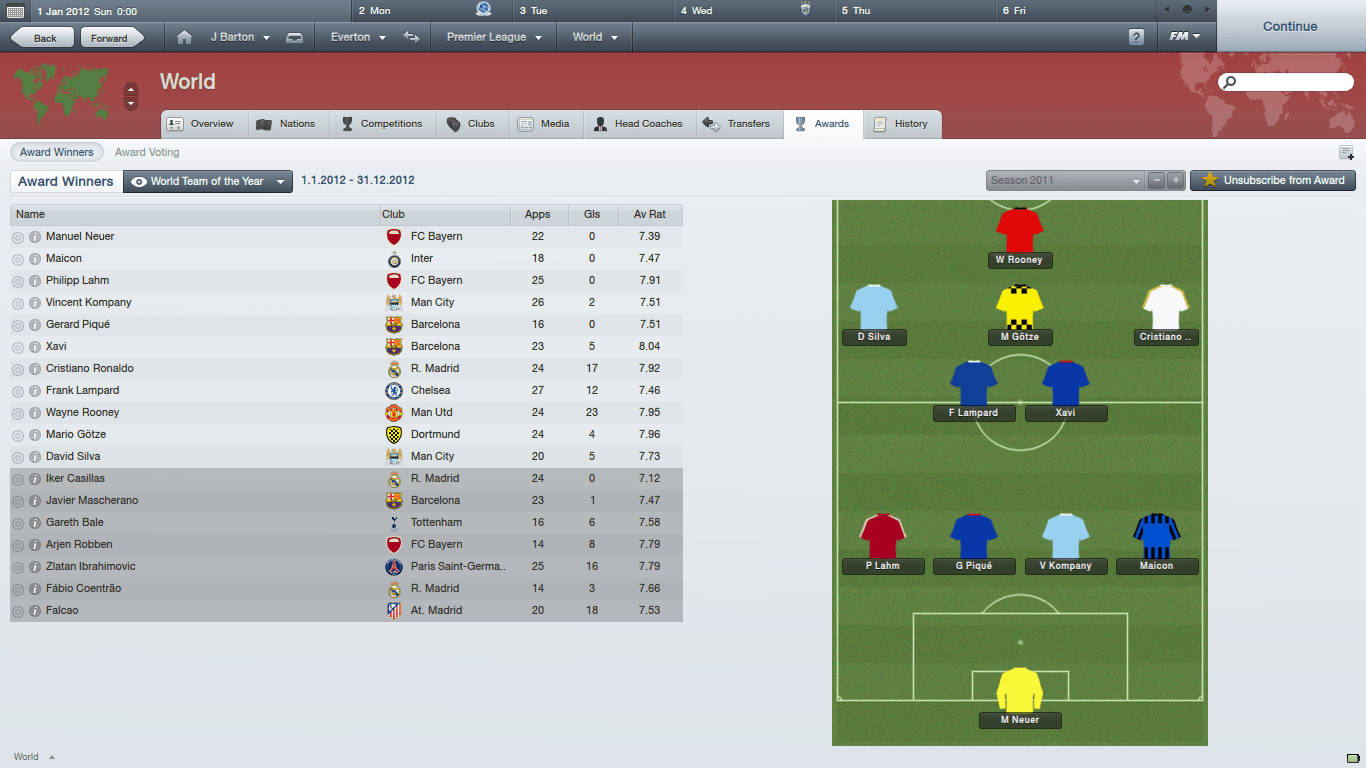 Jan Mucha has completed his move to Real Madrid for a fee in the region of 2 million.

Sam Johnstone has been recalled from his loan at Bradford, where he made 18 appearances, conceded 17 goals, and collected 7 clean sheets.

Manchester United and Chelsea are both keeping tabs on Phil Jagielka and United has had a bid knocked back.

Milan and Inter are no longer interested in Apostolos Vellios but Juventus and Fiorentina are both now interested in the Greek wonderkid, although it is understood he does not want to leave Everton.

Danny Welbeck has reportedly rejected a loan move to Everton.
Login to Quote

Everton have announced that they have completed a swoop for LOSC Lille's 16-year-old striker Divock Origi. Origi, who was born in Belgium to Kenyan parents and can thus represent either Belgium or Kenya, has stated his eagerness to work with Everton manager Joey Barton. 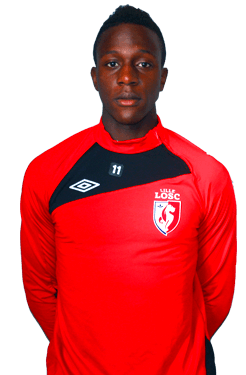 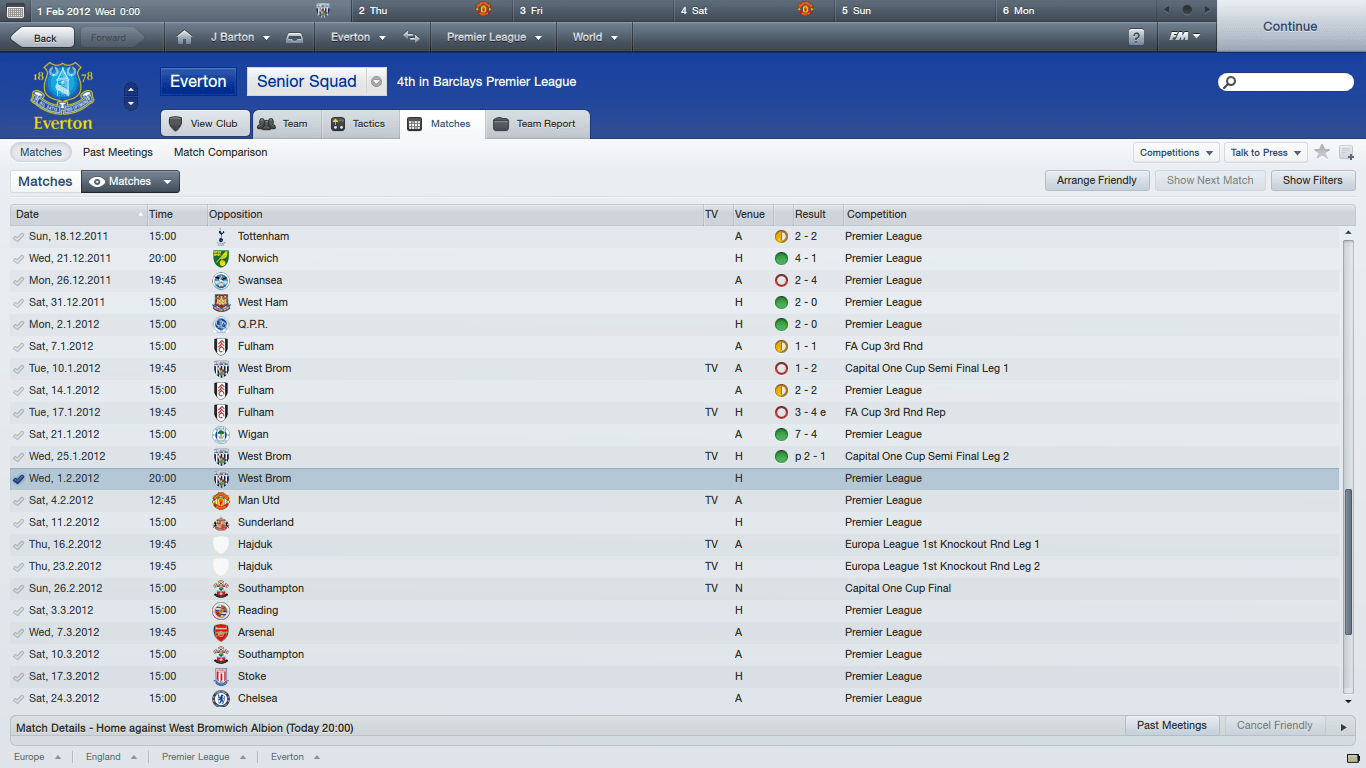 Tottenham have overtaken us although they have a game in hand. 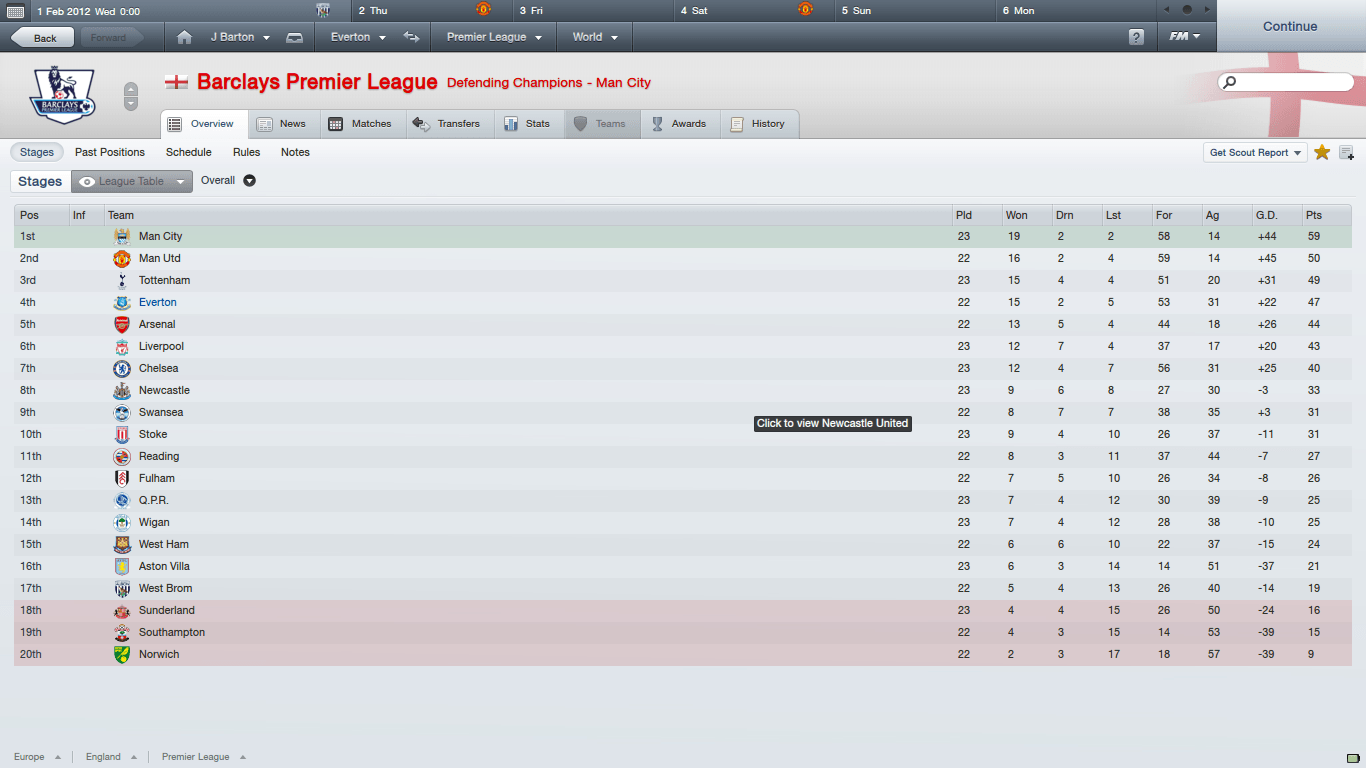 The only piece of transfer business we did was settling Jan's move to Real Madrid and getting out one of our youngsters John Lundstram to QPR, as well as bringing in the talented Divock Origi who will be playing in the U18s and Reserves. 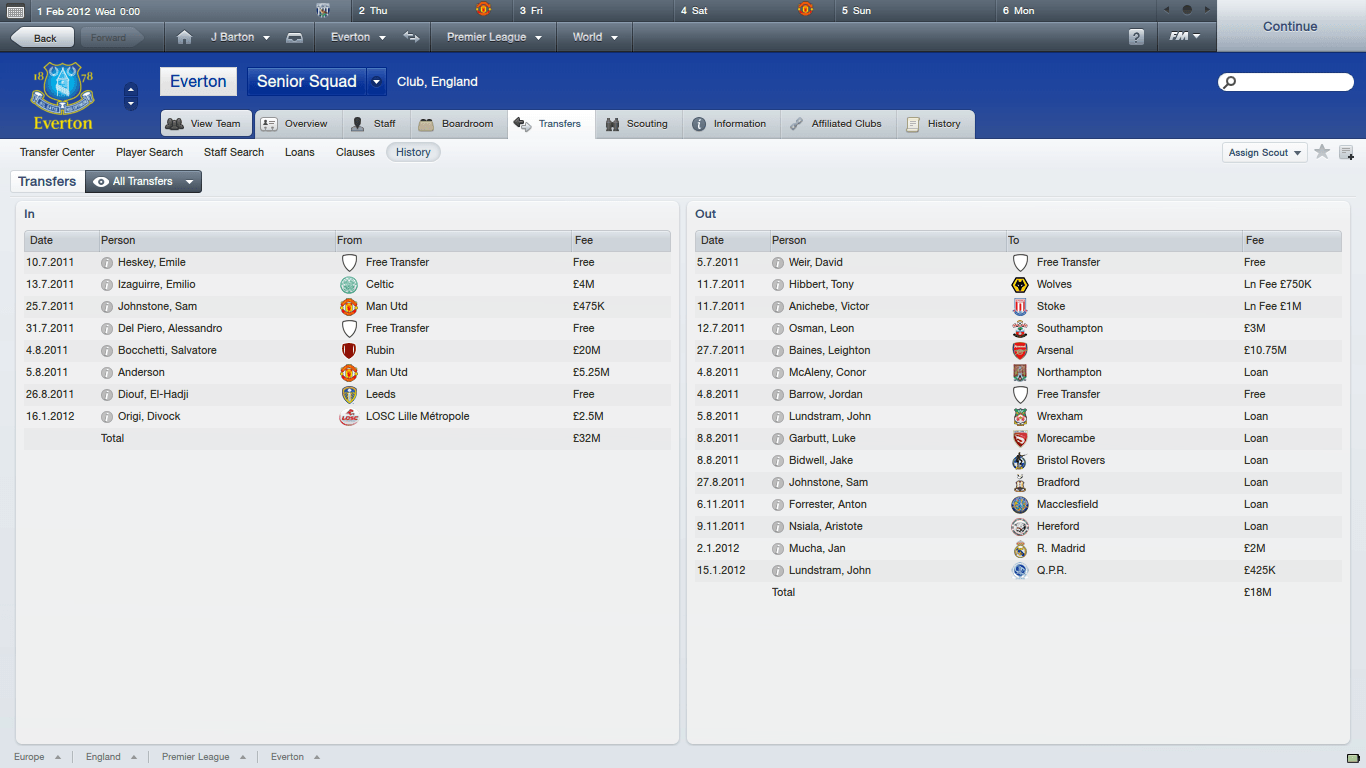 Very remarkably, we faced Fulham thrice and West Brom twice this month. Steve Clarke and I are good mates but I dislike Martin Jol, who is a big-mouthed twat. Of course, I wasn't exceptionally pleased when his Fulham side beat us 4-3 in extra time to knock us out of the FA Cup, just at the Third Round too. We couldn't manage a win against Fulham in the Premier League either as it ended in a 2-2 draw.

I had better fortunes playing against West Bromwich. Although losing to them 2-1 in the first leg of the Capital One Cup Semi-Final, we stormed back to score two goals in the second leg and West Bromwich bagged a goal later on to ensure it went into extra time, where we played into penalties. Tim Howard was our hero as he saved four consecutive penalties. 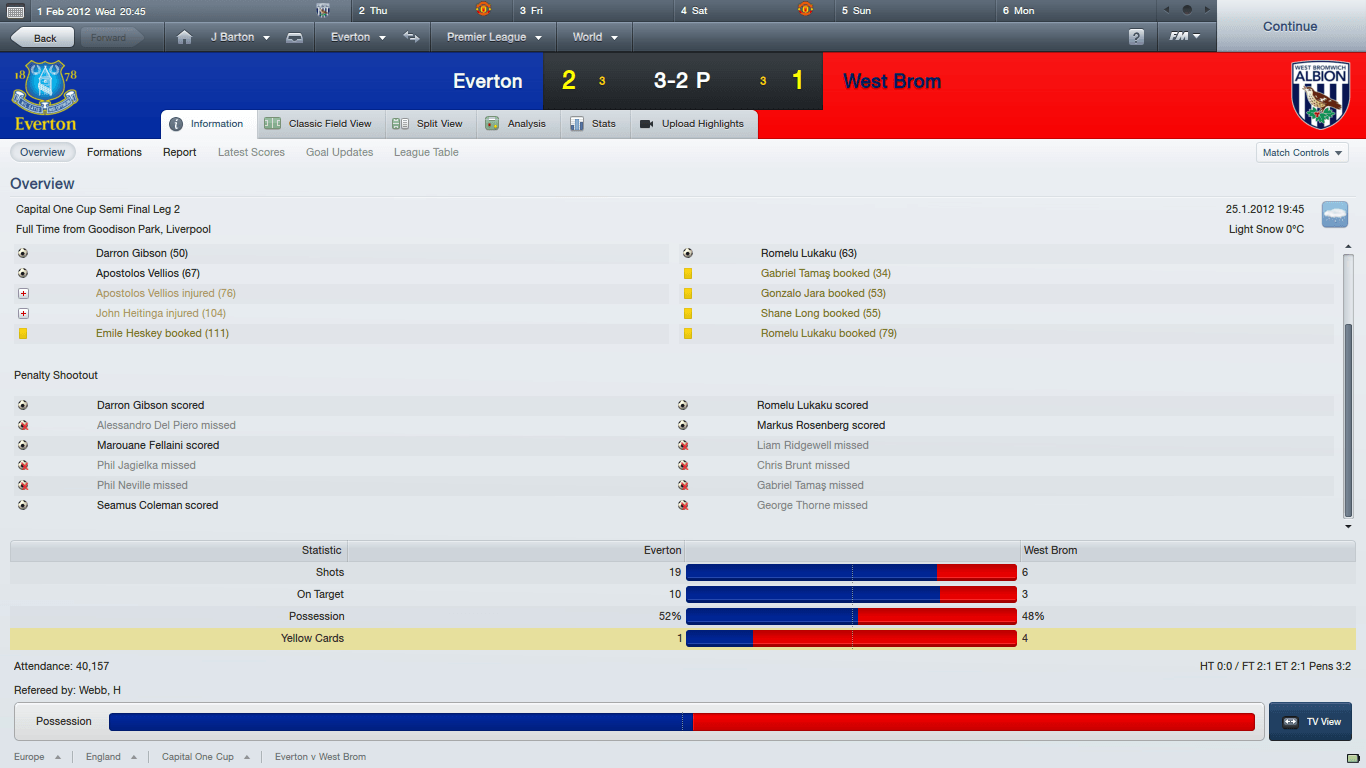 Highlights of the month was definitely the penalty shootout against West Bromwich, and the goal bonanza 7-4 win against Wigan. It is also quite remarkable as I have had about six to seven players in the squad unable to play because of injuries and suspensions and whatnot, and sometimes the bench only had five or six players instead of seven. Hopefully a new month brings better fortune with injuries.
Login to Quote


Good luck for the rest of the season and lets hope you fulfil your dream of getting them into the Champions League in your first ever season!!
Login to Quote