#64924 Walsall_Craig : Great story mate, unlucky about the GB U23's job i dont see much point in it tbh, but got to say you've had an amazing season and fantastic you got Everton back in the Champions League in your first attempt, looking forward to the start of next season and seeing how far you will get in the CL stage


Don't mean to be a bother but would you be able to show me how my team Walsall have got on at the end of the season, if we got relegated or not 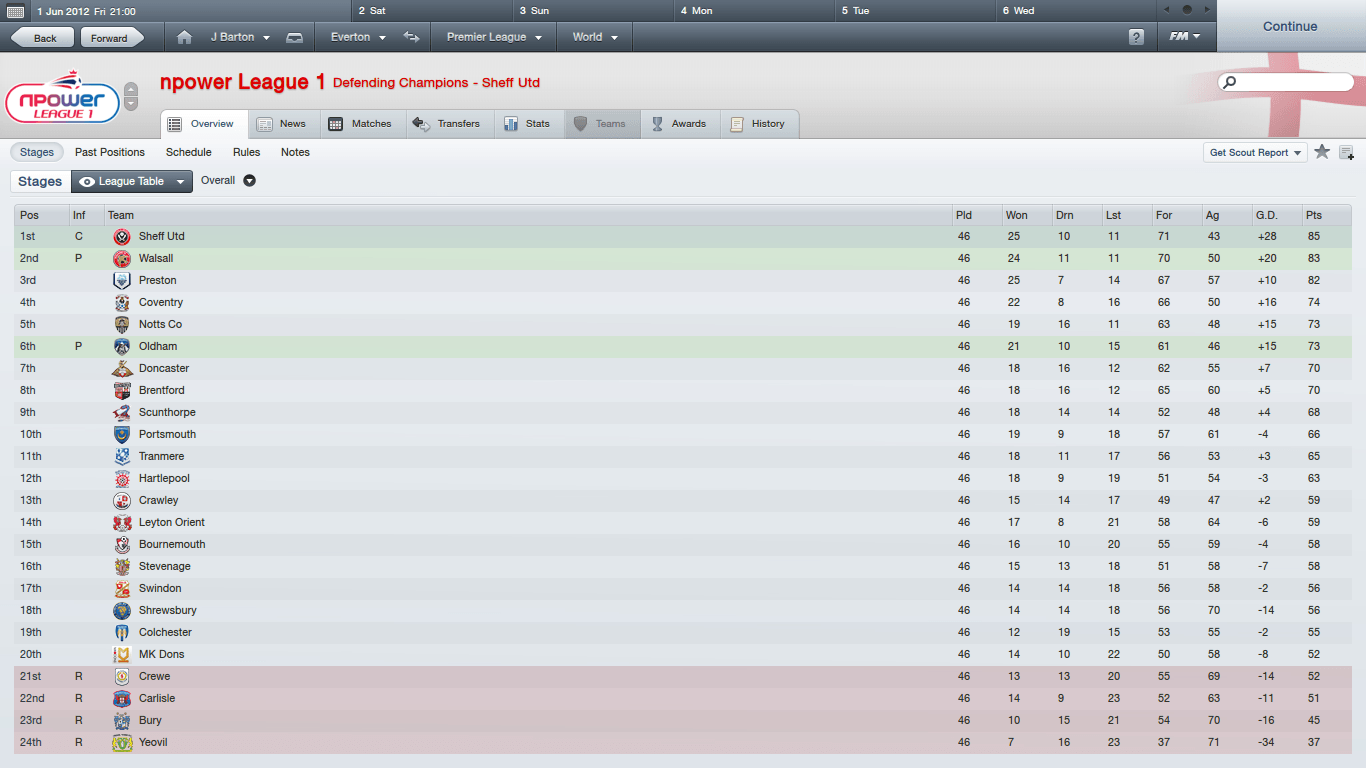 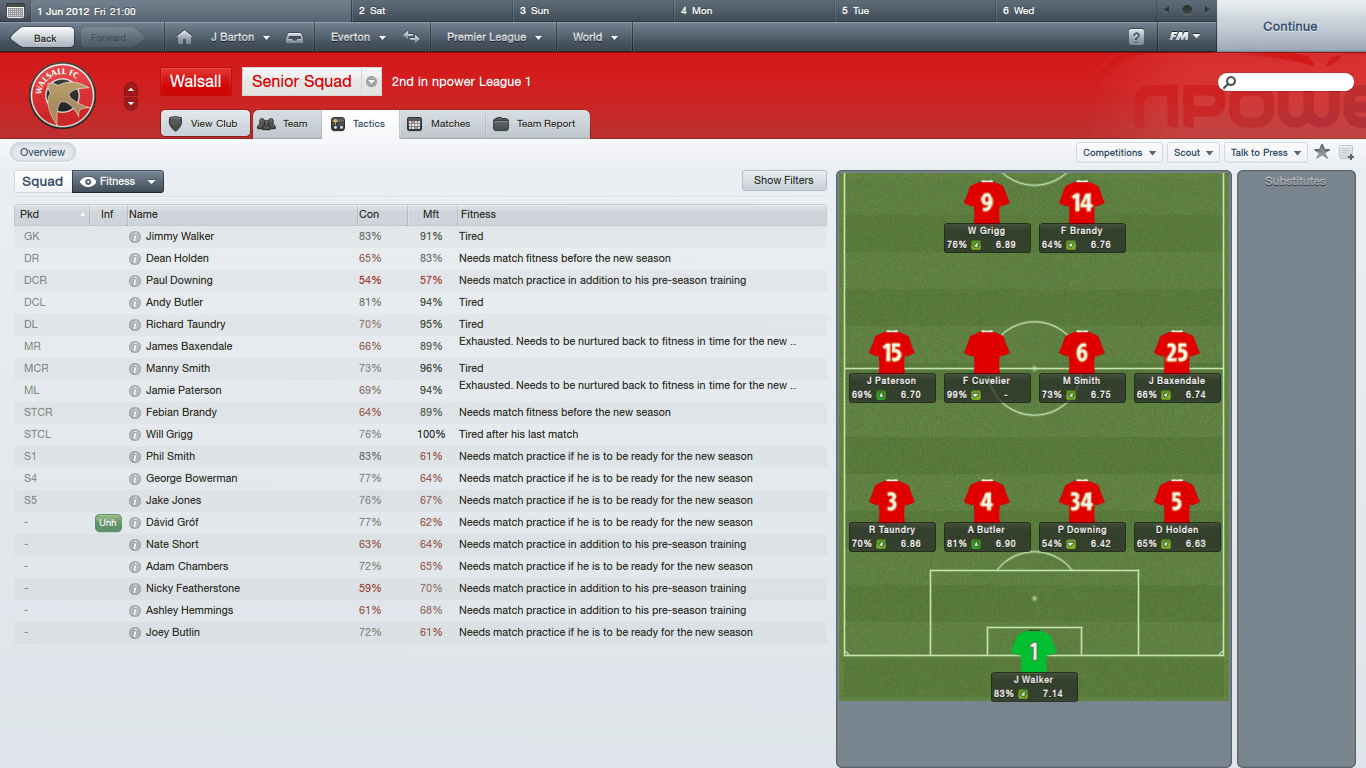 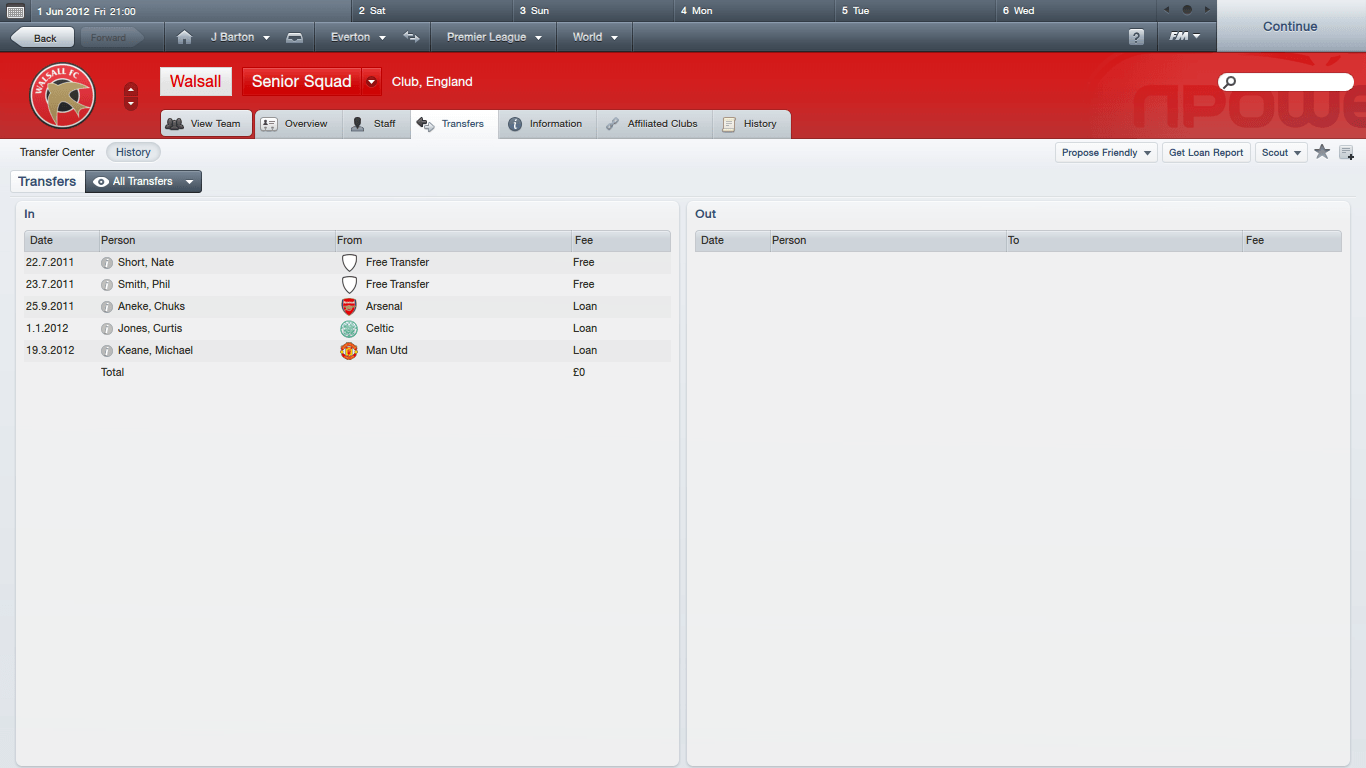 and epic Walsall finally back where we belong

back in the Championship, what update you using as every one ive used the Walsall squad doesnt have all the players we have :S
Login to Quote

and epic Walsall finally back where we belong

back in the Championship, what update you using as every one ive used the Walsall squad doesnt have all the players we have :S

Using the LFCMarshall update like everybody else! I'm using the update that was released on 18th August
Login to Quote

Walsall_Craig
10 years
oh right okay, i use the update from the 25/08/2012 and all the other teams have been done and that the Walsall squad hasn't been done
Login to Quote

Glenn T
10 years
Nikica Jelavic has been voted the Fans' Player of the Season for 11/12. 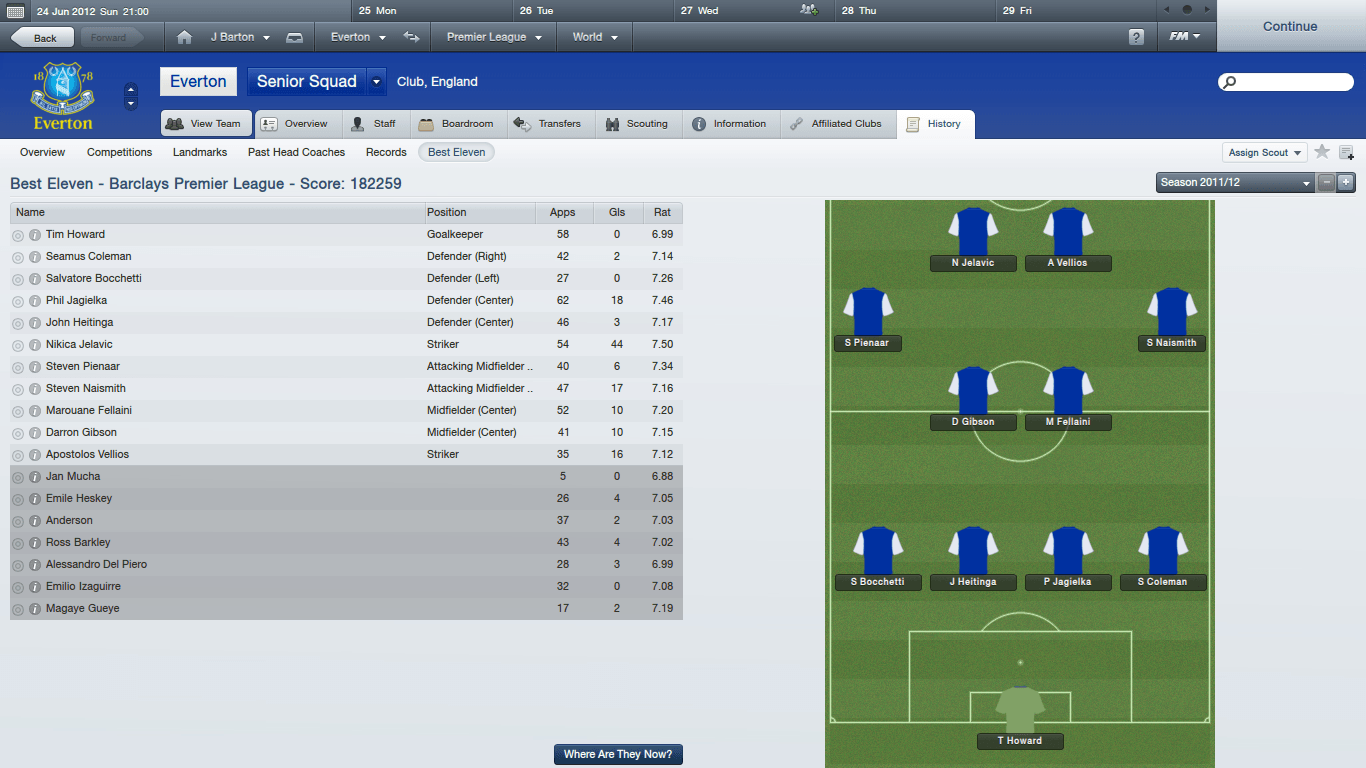 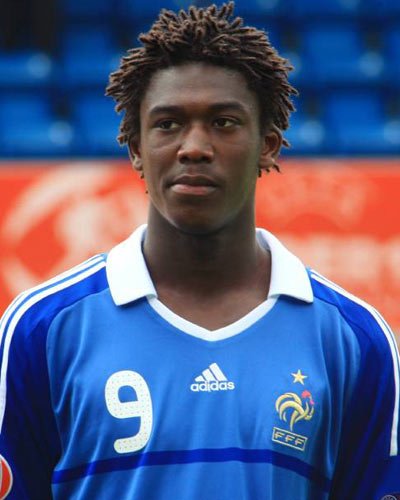 Sanogo, 19, joined Montpellier from AJ Auxerre for 500k just last summer but the French U21 international, who is part Malian and has 1 U21 cap to his name, has grown disillusioned with his first-team opportunities at Stade de la Mosson and coupled with a reported row with Montpellier boss Christophe Galtier, has been allowed to leave the club.

"I think this will prove to be a very good signing," Barton told reporters outside Goodison Park. "Yaya is very young but is already showing huge amounts of potential - he is here on loan to be in the first team, no doubt about that, he won't be rotting in the Reserves. We've actually got an option to purchase him for 2 million before the loan finishes and we will exercise that if his time here works out," the former Newcastle player revealed.

Everton fans are skeptical but is likely to trust boss Joey Barton, with him having already led Everton to a place in this season's Champions' League as well as their first trophy since 1995 in the form of the Capital One Cup.
Login to Quote

Akash
10 years
I was actually waiting for Barton to say, "I overheard some kids talk about how he is a beast in FM.."
Login to Quote

Neville and Duffy out as Barton sorts out defense

Phil Neville, Everton's long-serving captain, has left the club to Nottingham Forest for the mere fee of 300k. Bought by Everton's David Moyes in 2005, he has left Goodison Park after 7 years with the club whom he joined from Manchester United.

When asked for quotes, Everton manager Joey Barton simply said, "I've made the right decision and we want to wish Phil all the best."

Shane Duffy yesterday also completed a 2 million move to Blackburn Rovers. Duffy, who started his career at Everton, seemingly broke into the first team last season but a dipping of form caused him to be thrown back into the Reserves.
Login to Quote

Glenn T
10 years
As my restructuring of Everton continues, Bill has called me down to his office to discuss something important.

It turned out he wanted to offer me a new contract.

Of course, I said yes! 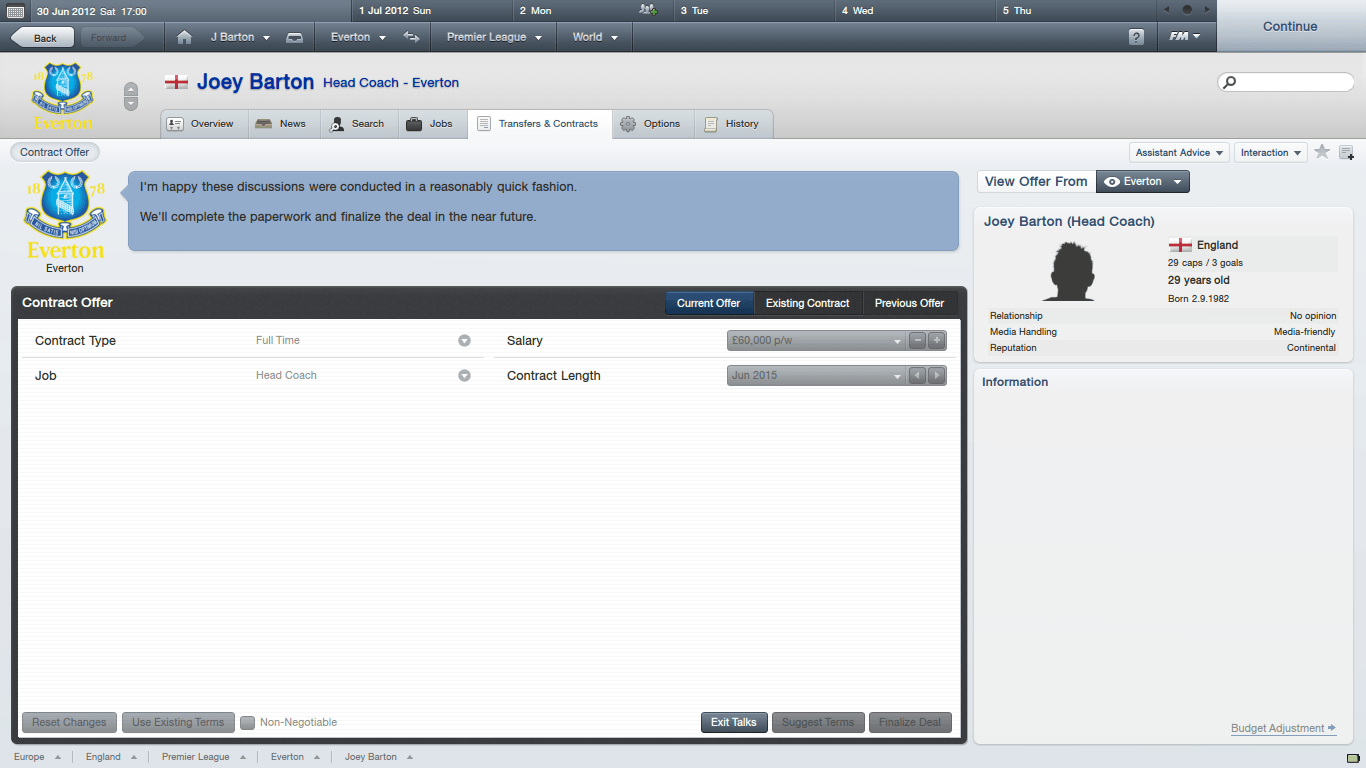 Alessandro Del Piero, Emile Heskey, El-Hadji Diouf, as well as Sylvain Distin, have all left the club after their contracts expired.

Del Piero, who joined Everton on a one-year contract in July 2011, has made only 19 league appearances for the club, scoring 3 goals and notching up 7 assists.

Diouf leaves the club with only 7 Everton league appearances as well as 2 goals.

Distin, losing his place in central defense to both Jagielka and Heitinga, made only 10 league appearances for Everton, whereas in the 2010-11 season, he played in all 38 league games for the club under David Moyes.

Emile Heskey, signed on a one-year contract like Del Piero in July 2011, made 17 league appearances and scored 3 goals as well as 6 assists.
Login to Quote 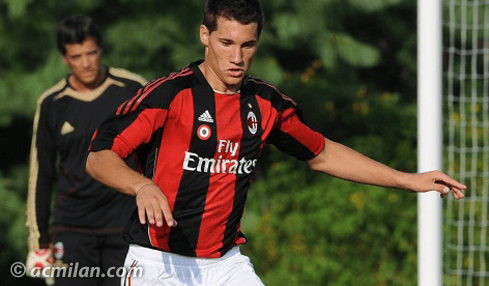 Calvano comes from Milan for 1.8 million and will probably see glimpses of first-team action this season. Dubbed the next Andrea Pirlo, or the next Massimo Ambrosini depending on who you listen to, Calvano will wear the No 26 shirt this season and Everton fans are already excited about this young prospect.

It was Joey Barton's man management that probably helped get the best out of 18-year-old Ross Barkley last season who ended the 2011-12 campaign with 26 league appearances, 2 goals, and 8 assists, and it might just be the same man management that leads to Simone Calvano becoming a star of the future at Goodison Park.
Login to Quote

17-year-old Malaysian midfielder, Nazmi Faiz, has been snapped up by Everton on a free transfer. 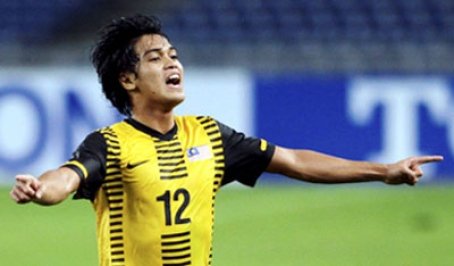 The teen signed for Portuguese club Beira-Mar last season and made history as he became the only Malaysian to have played in a top European league. He made 20 Premeira Liga appearances for Beira-Mar but they finished bottom of the Liga and were relegated to the Second League. Nazmi Faiz decided not to renew his initial one-year contract.

Already having 4 senior caps for Malaysia, the signing of Nazmi Faiz is sure to gain Everton more Malaysian fans.

All Joey Barton has signed in the transfer window so far are three wonderkids in the form of French striker Yaya Sanogo, Italian midfielder Simone Calvano, and now Nazmi Faiz.

Nazmi Faiz will wear the No 28 shirt for Everton.
Login to Quote

Glenn T
10 years
Amid the restructuring of Everton and the transfer business, I managed to tune in to the Euro 2012, and surprise surprise, Sweden won it on penalties against another unlikely finalist in the form of Greece. Pre-tournament favorites Spain and Holland got eliminated in the Quarter-Final and Semi-Final respectively. 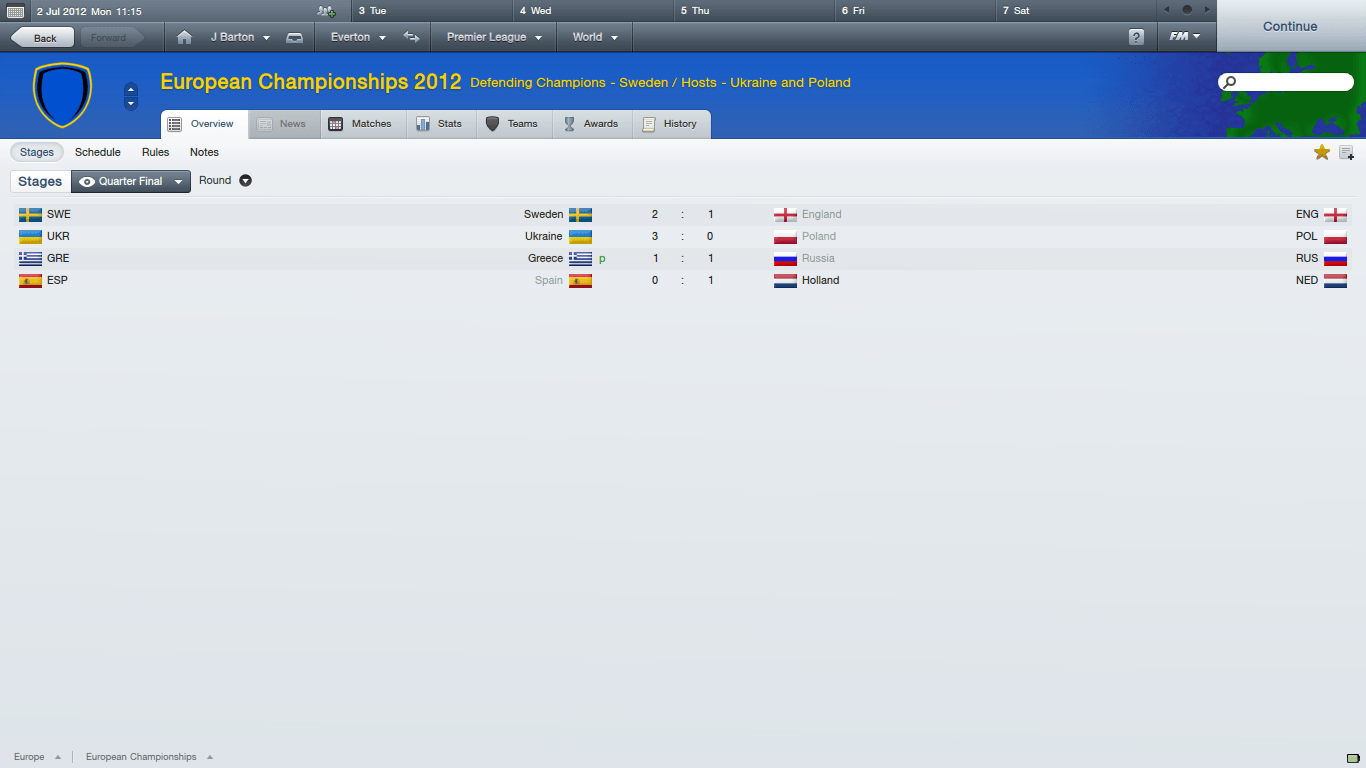 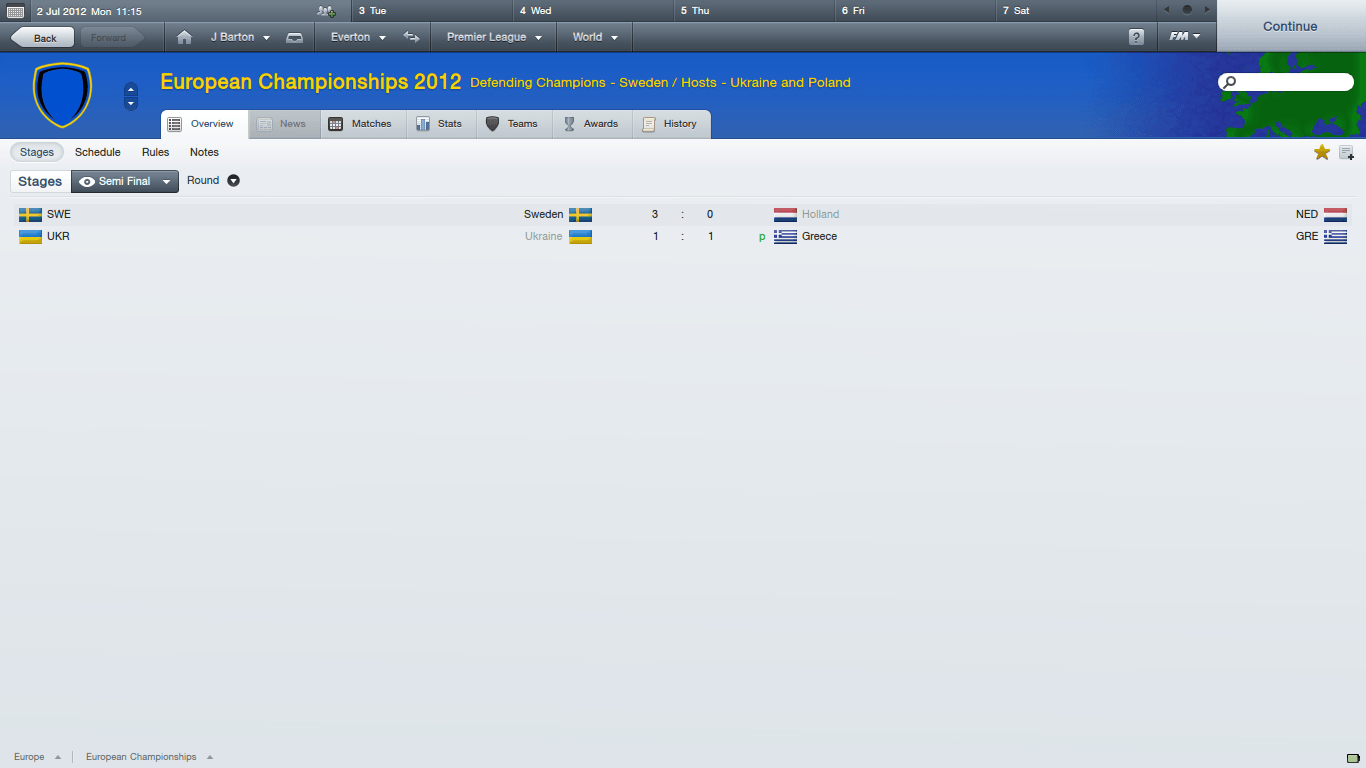 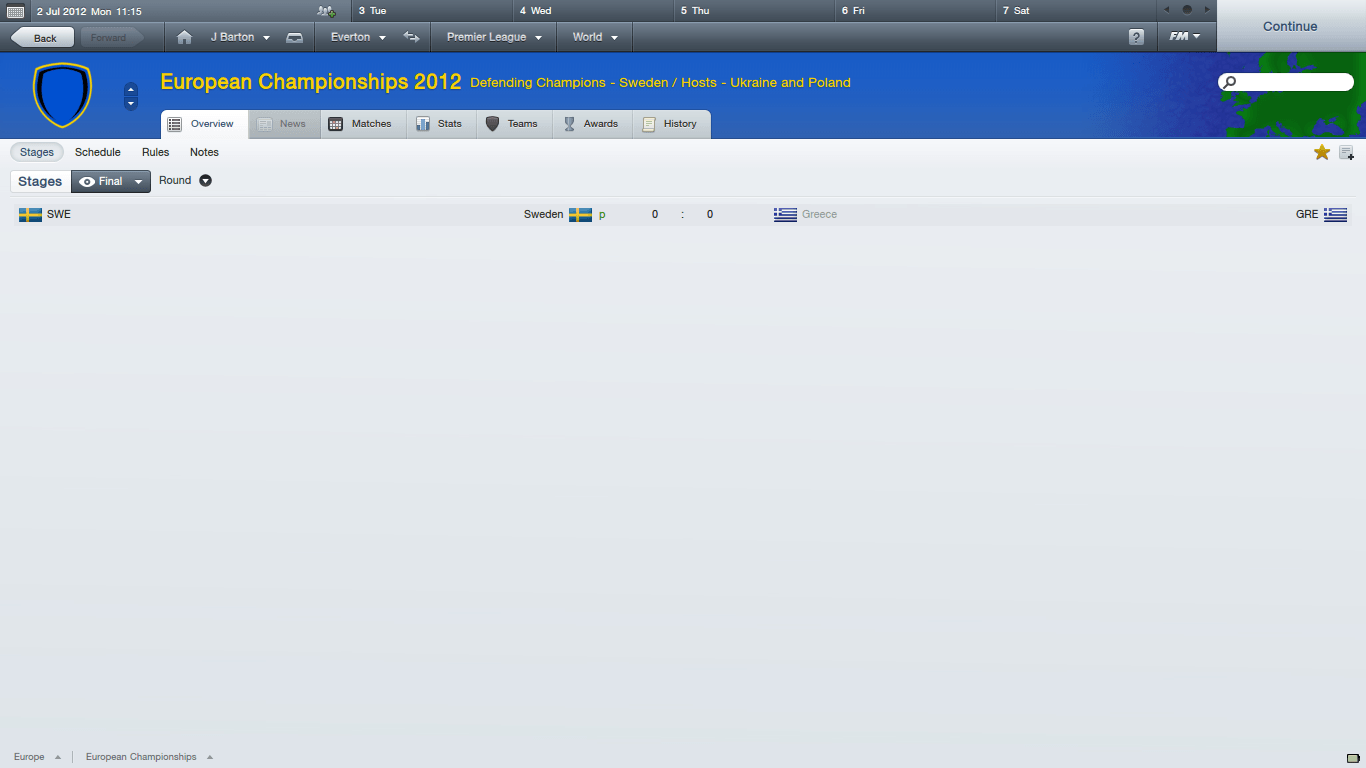 Glenn T
10 years
The press asked some obvious questions today, as I unveiled Simone and Nazmi in a press conference. 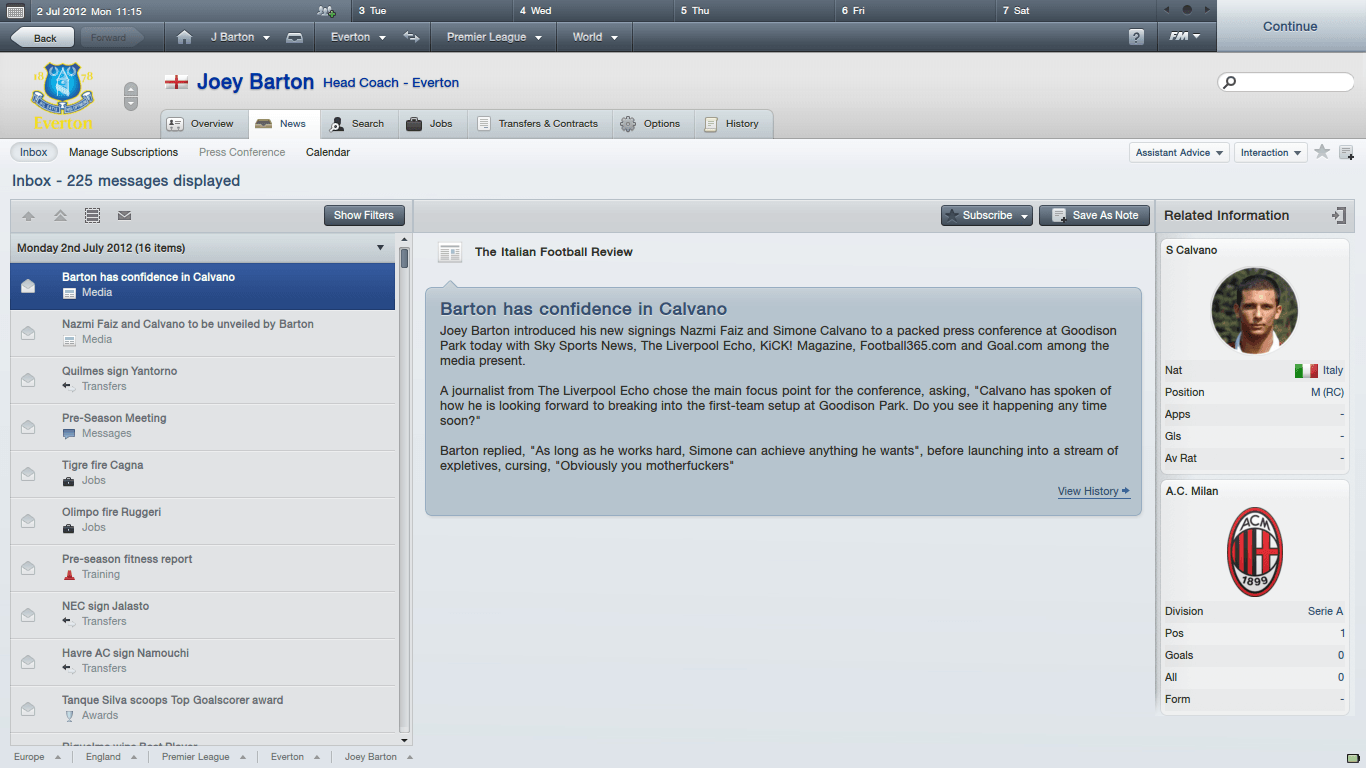 Amazing coup for Everton as Fernando Llorente signs on 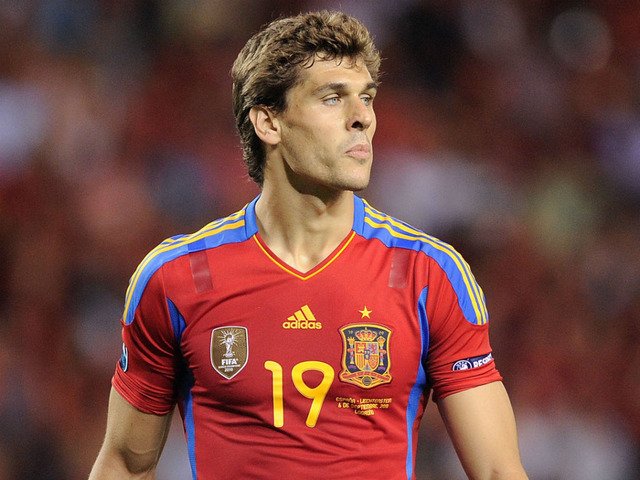 Out of contract at Bilbao, the Spanish club made the mistake to drag on contract talks and Everton eventually managed to snap up Llorente on a free transfer.

Just a few hours after Llorente's arrival, Steven Naismith's departure has been confirmed. The Scottish forward, who made 27 league appearances and scored 8 goals, moved to Everton on a free transfer from Rangers who went into administration, and moves to Reading for a fee believed to be around the region of 5 million.

Llorente will wear Naismith's No 9 shirt at Everton.
Login to Quote