Glenn T
7 years
Darron Gibson has completed a move to Wolverhampton, and just by coincidence, Everton will be playing Wolves the next day.
Login to Quote

Glenn T
7 years
Well, at least someone isn't being 'a Darron Gibson'... 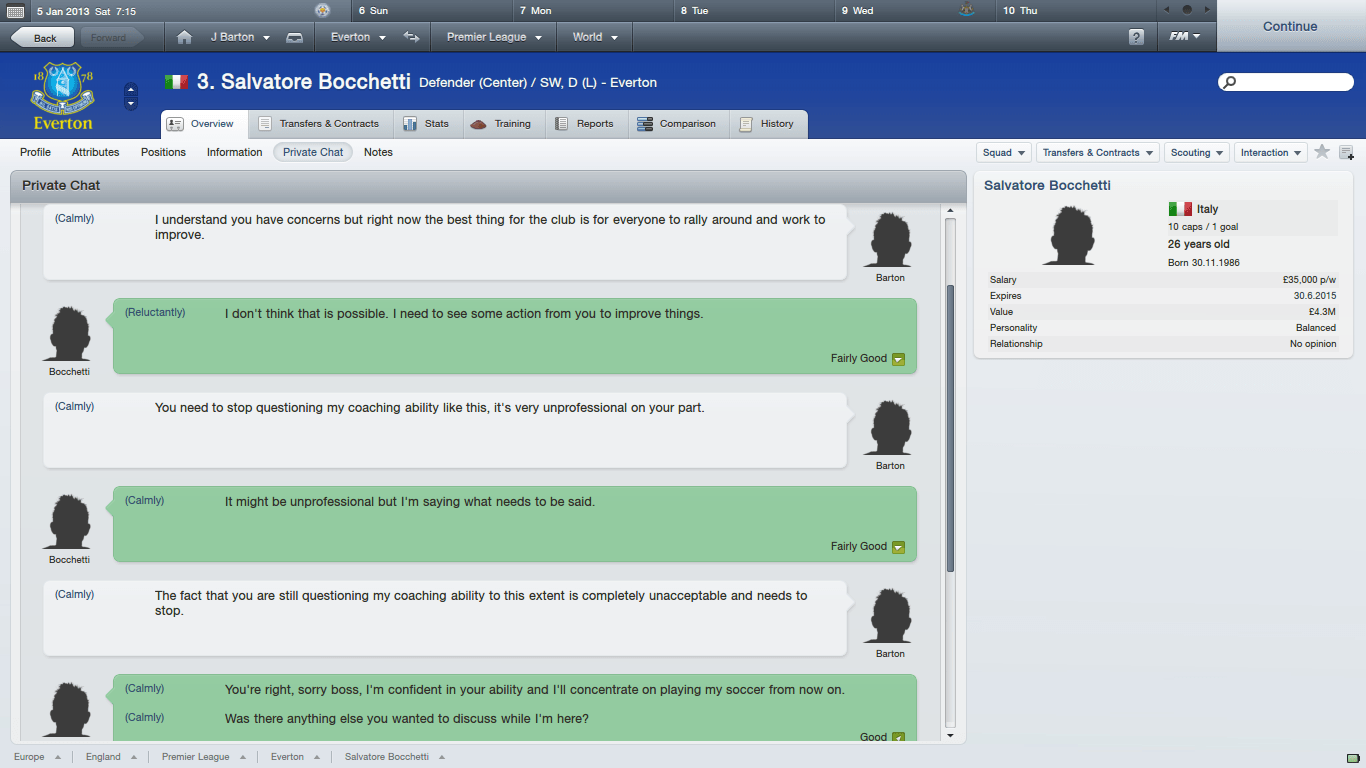 Glenn T
7 years
I read this in the news today... 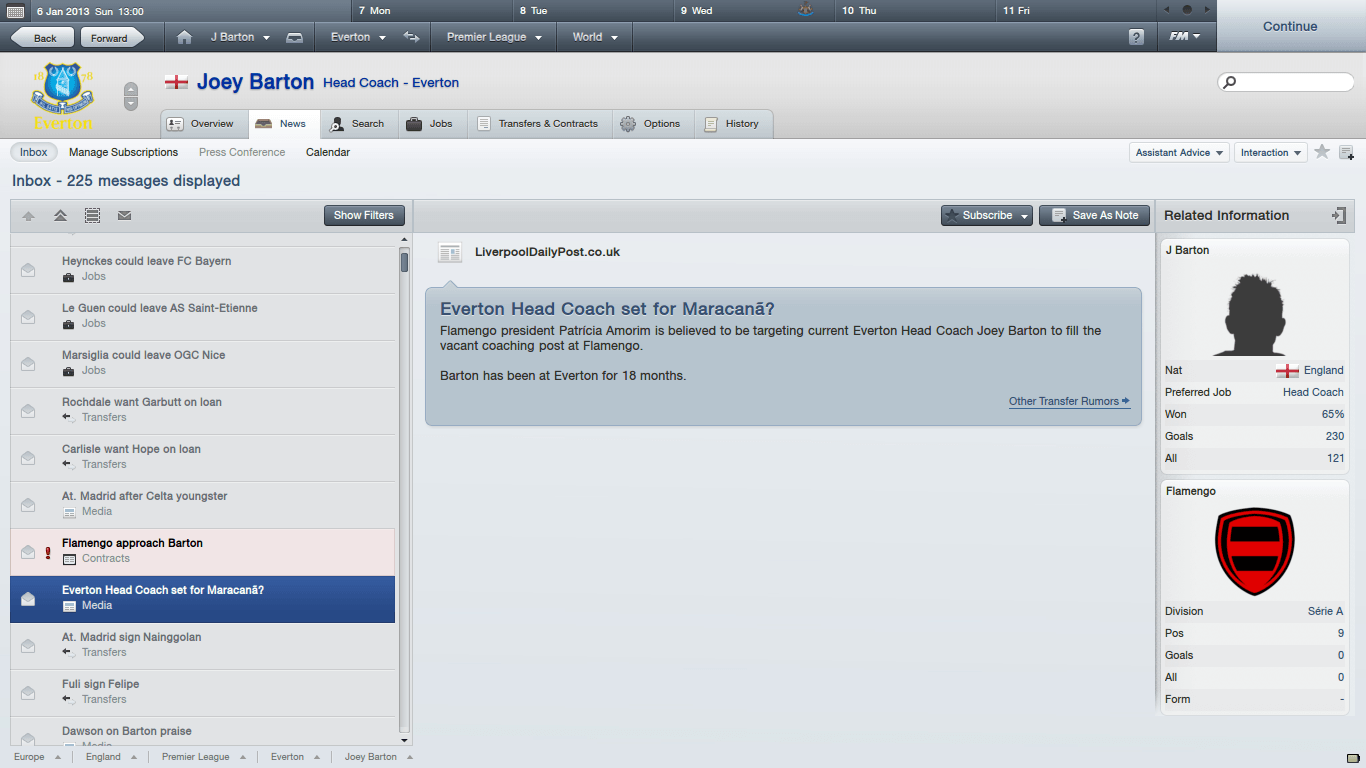 And then a few hours later I got this in my e-mail... 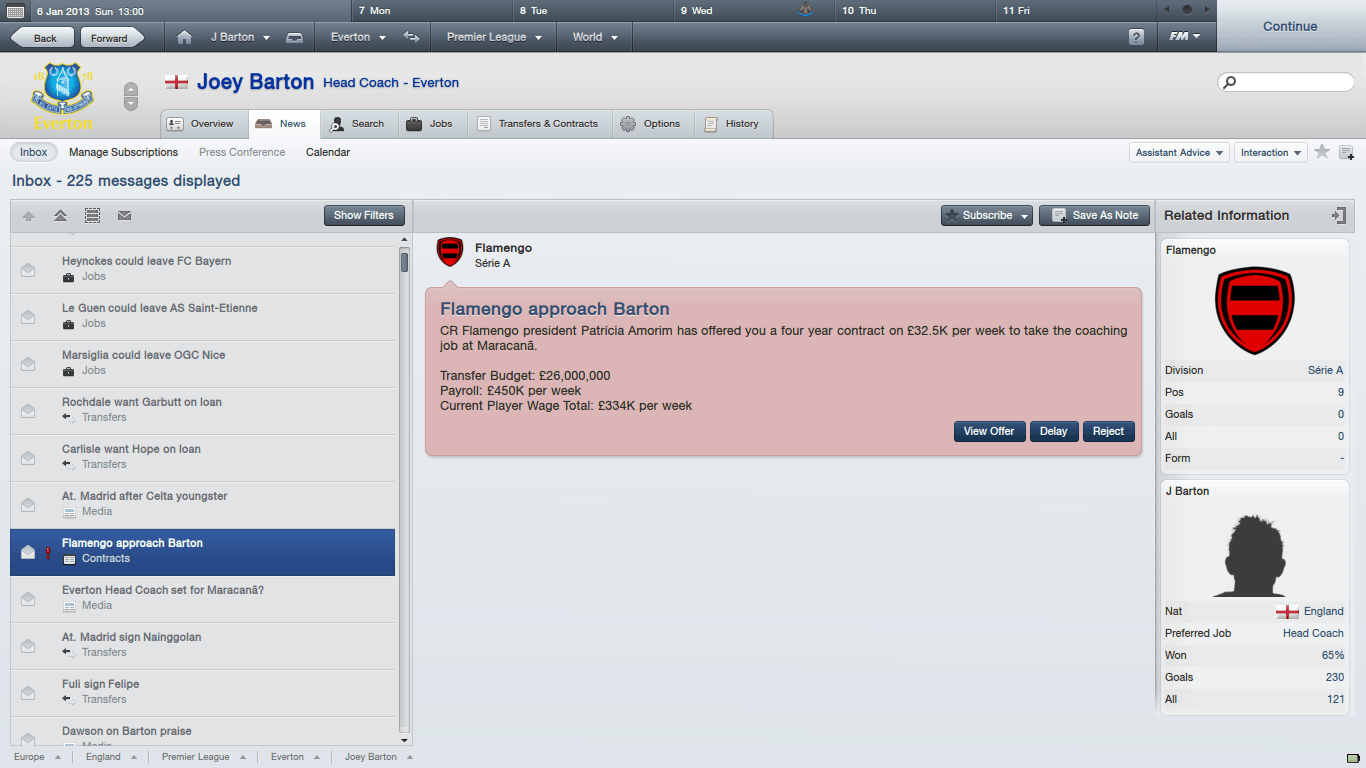 Glenn T
7 years
I have declined the chance to move to Brazil, and hopefully this shows Bill how committed I am to Everton. 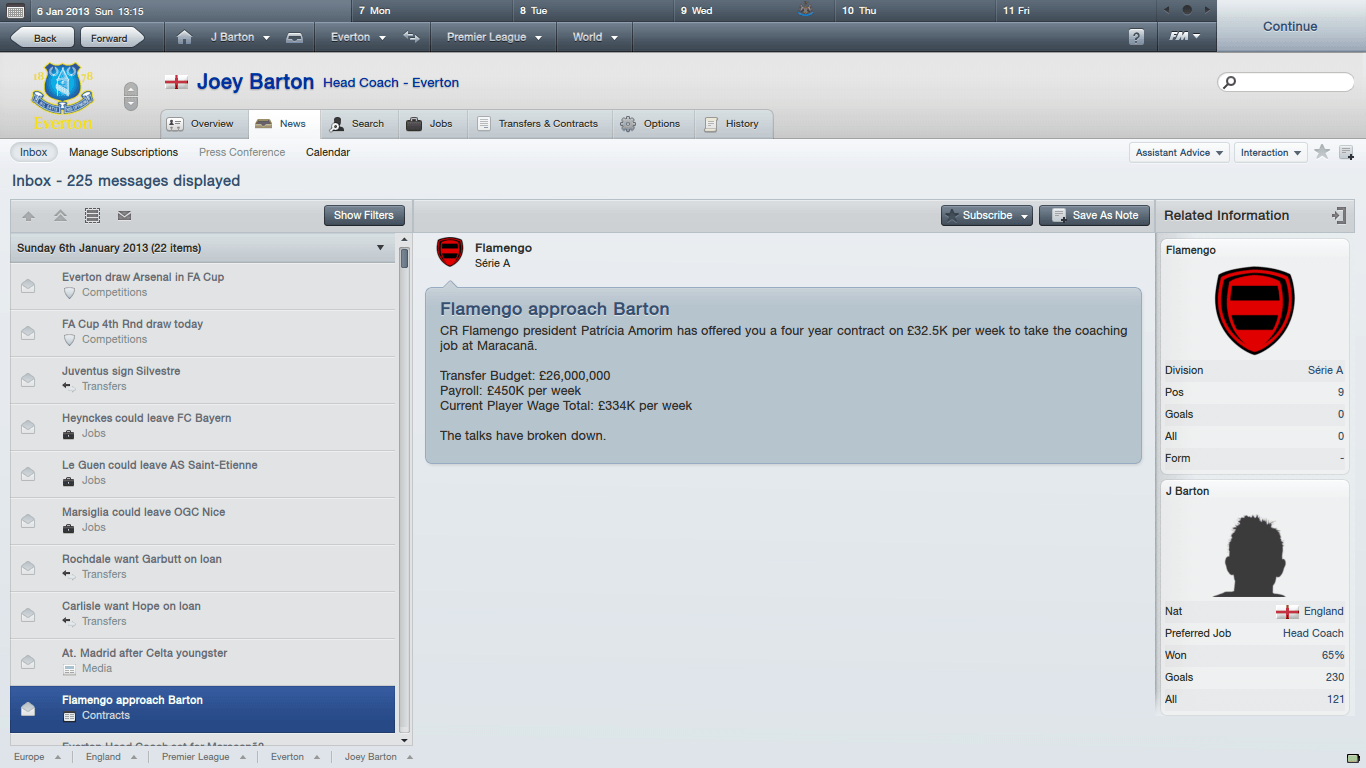 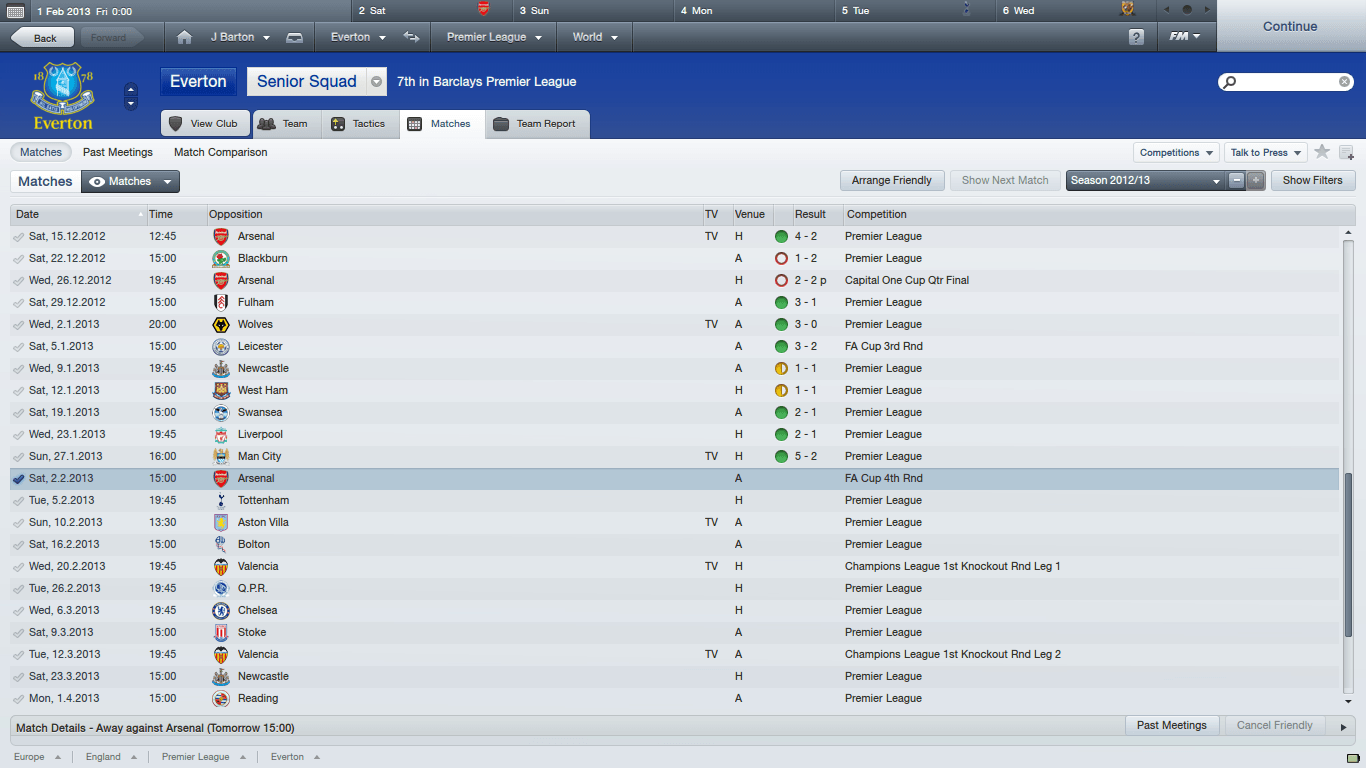 We are now in 7th place and a 4th place, or even a 3rd place, is not far off if we just work hard enough. 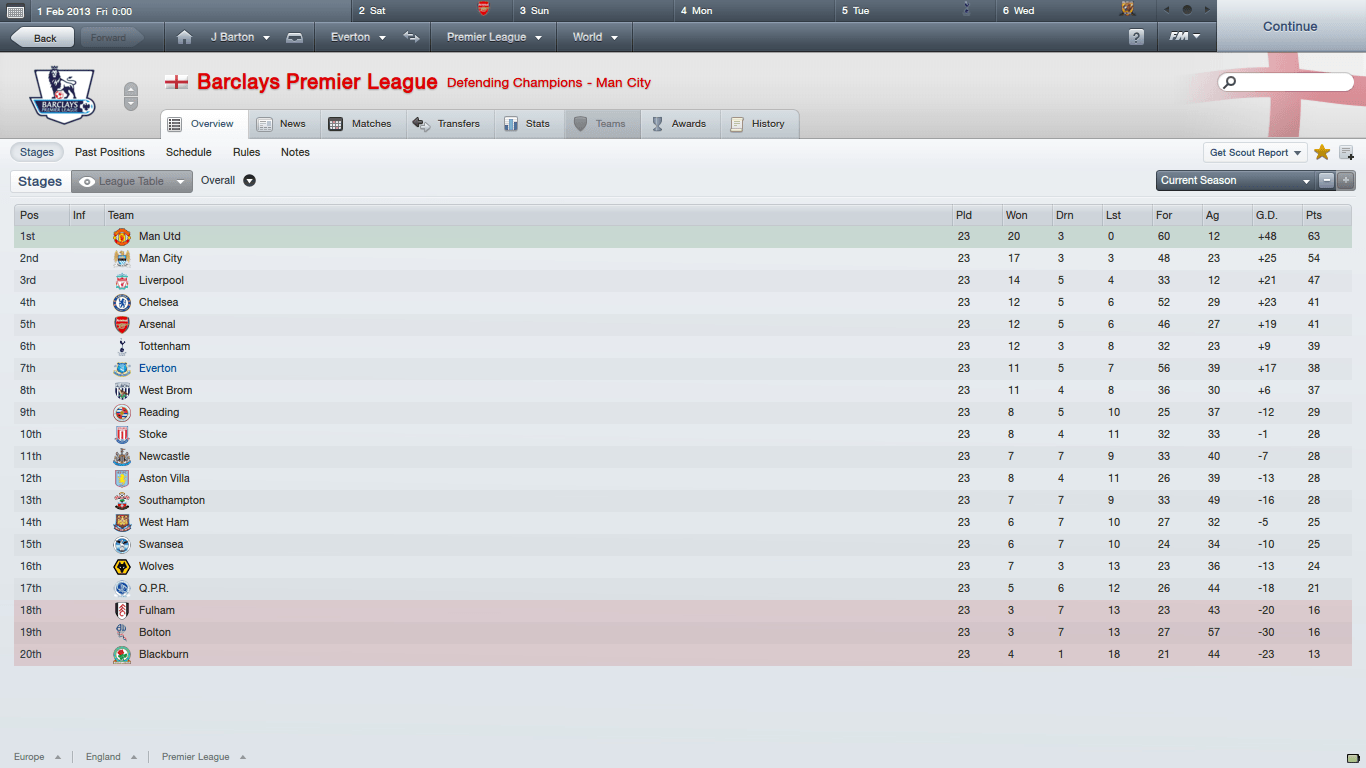 We won the Merseyside Derby against 3rd placed Liverpool as well as demolishing 2nd placed City, who are trailing 9 points behind their Manchester rivals United. The team also won against old boy Darron Gibson's new club, Wolves. We also progressed to the next round of the FA Cup after defeating Leicester 3-2 in the Third Round, where they almost fought back but our defense proved too strong. 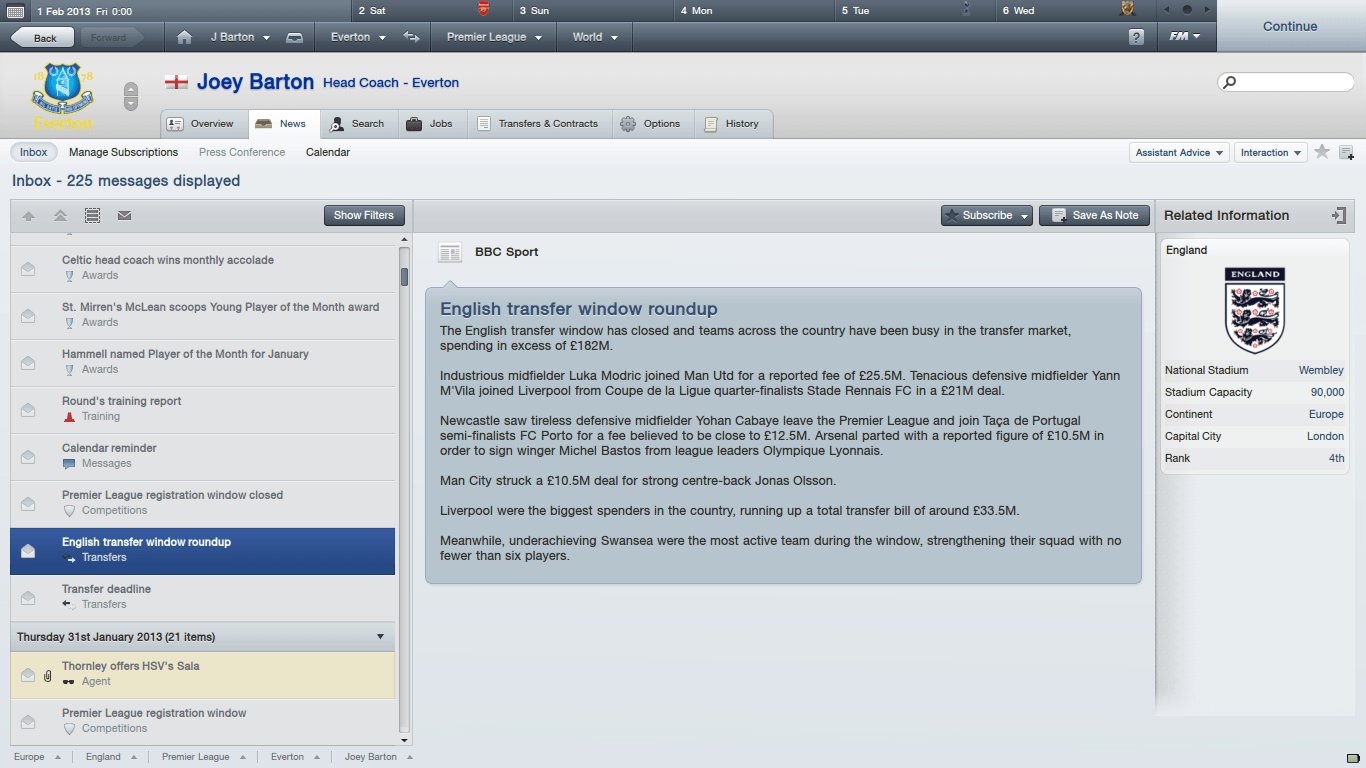 It has been a very tiresome transfer window as I struggled to bring in targets because of the lack of funds. With me spending 30M on ten players in the summer, Bill refused to allocate any more funds and that almost made me go crazy as I had to look around the market for cheaply-priced players or loans. My entire squad was plagued by injuries and it was very frustrating as many of my players couldn't rest, a key example being my central defenders with the only back ups to Phil Jagielka and John Heitinga being two youngsters in my U18s who had incredibly low match fitness.

The only funds I had was 2 million, that we got after the sale of Gibson to Wolves. I couldn't loan any more players from a fellow Premier League club either, meaning I either had to buy them instead of loaning or don't touch them at all, because I already had Javier Hernandez and Kevin De Bruyne, loaned from United and Chelsea respectively, in my squad. Arsenal wanted 4 million for Johan Djourou so I had no choice but to dig into their reserves.

Ignasi Miquel was of lower class than Djourou but he was still a central defender, and a cheaper option too. The deal was wrapped up quickly and Miquel penned a short-term Everton contract that would run until June 2014, wearing the No 13 shirt. 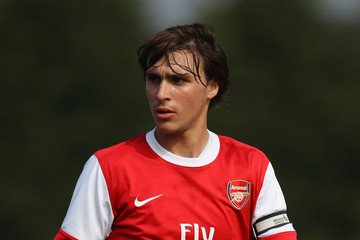 The only arrival after Miquel was Brazilian and Santos midfielder Felipe Anderson on loan, with a 5 million future fee in case I decide to keep him at Goodison permanently, and he will wear the No 21 shirt for Everton. 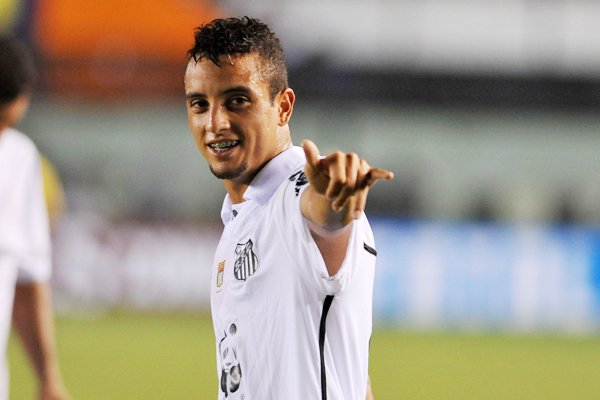 So that basically wrapped up our January transfer window. 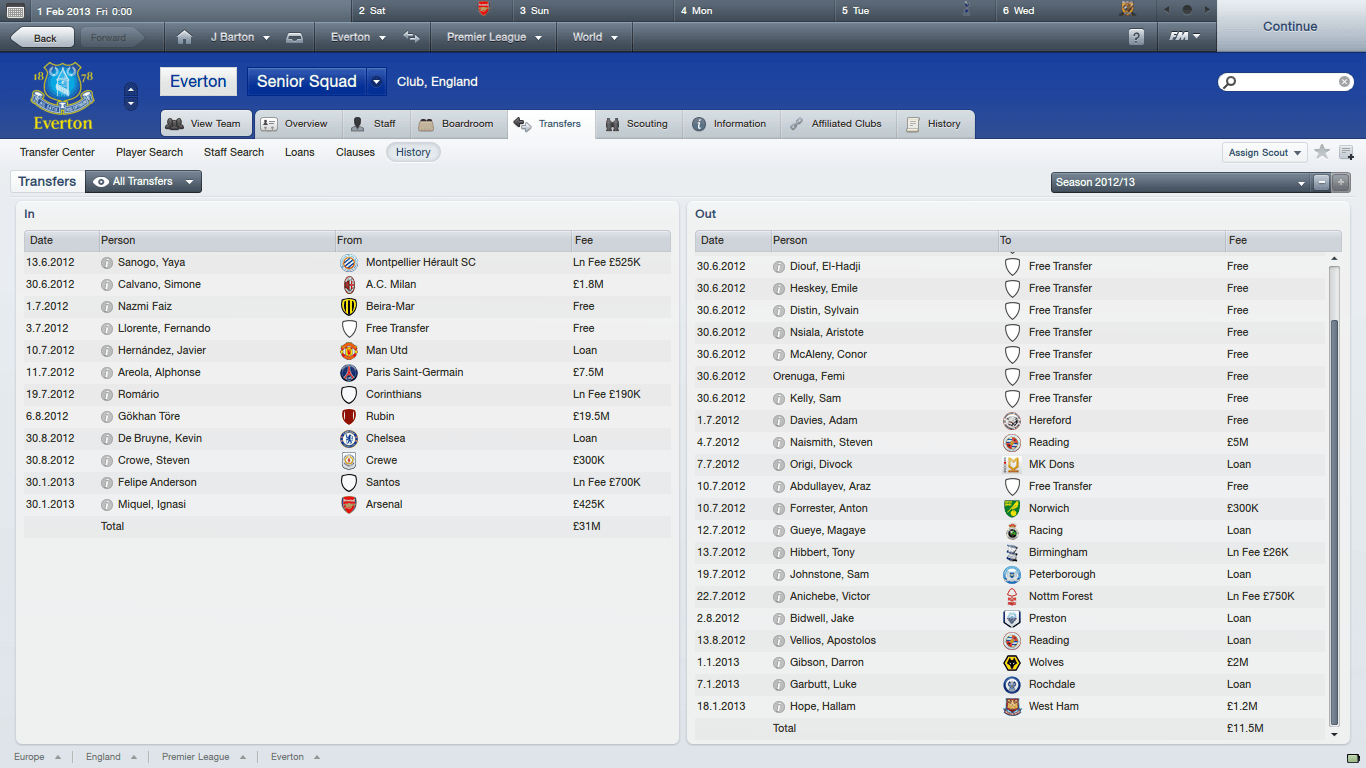 Glenn T
7 years
Gokhan Tore walked into my office on the first day of February and I was hoping the lad would say "Happy February boss!" but of course not. He just had to go and say the same thing as the other lads. 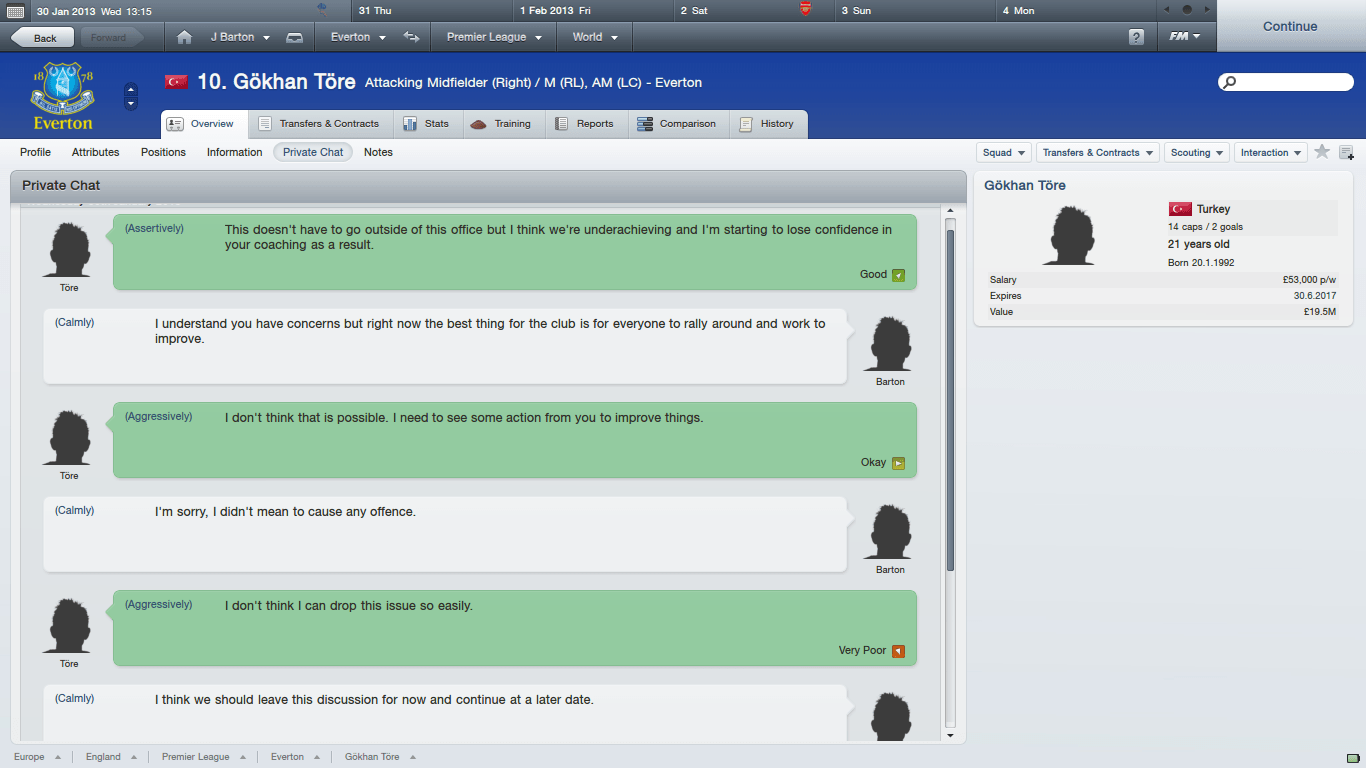 And to my annoyance, Gokhan went and spoke to the media right after our chat. Who allowed him to speak to the media? F**king hell, we are in 7th place now, only a few points away from 4th place and there are still lads thinking we are under-achieving. Shut the f**k up and get on with your football. 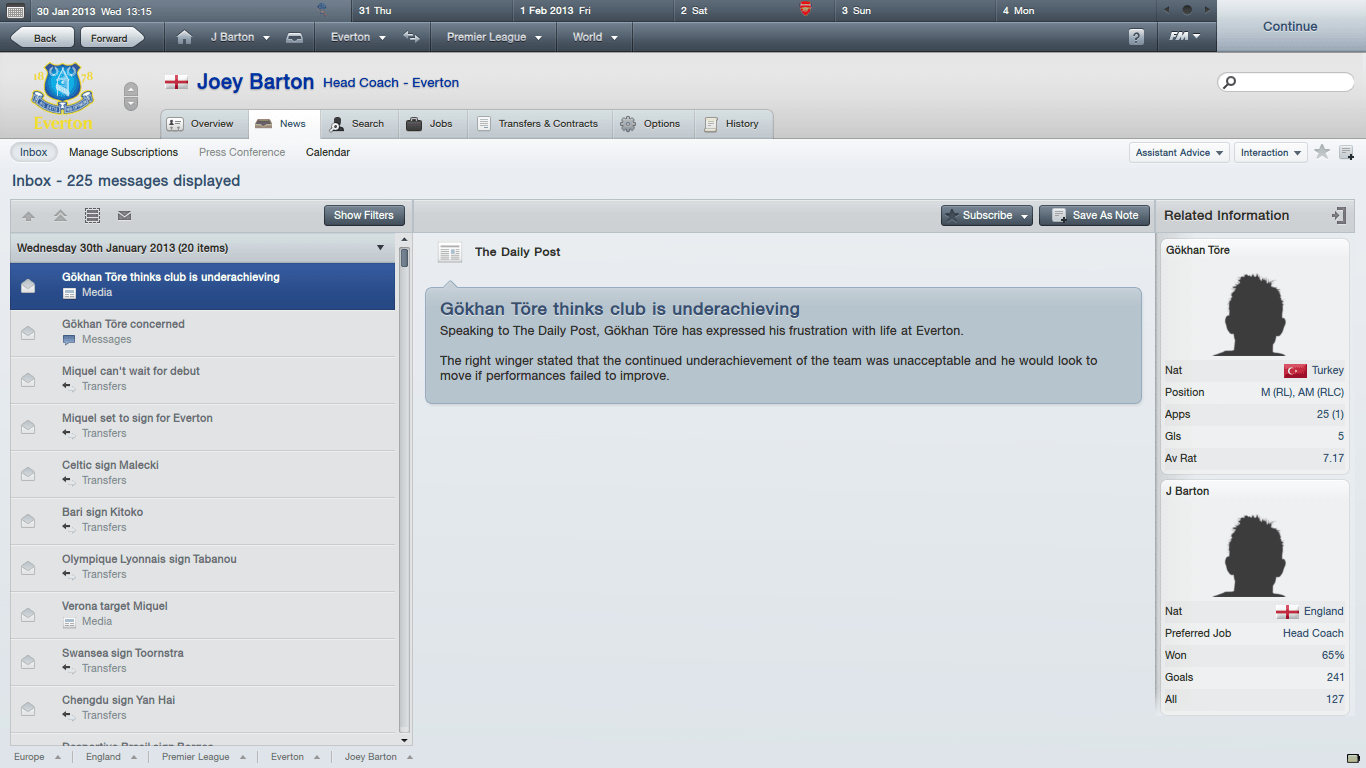 Glenn T
7 years
Didn't even notice this until the papers printed it out today. What an achievement. 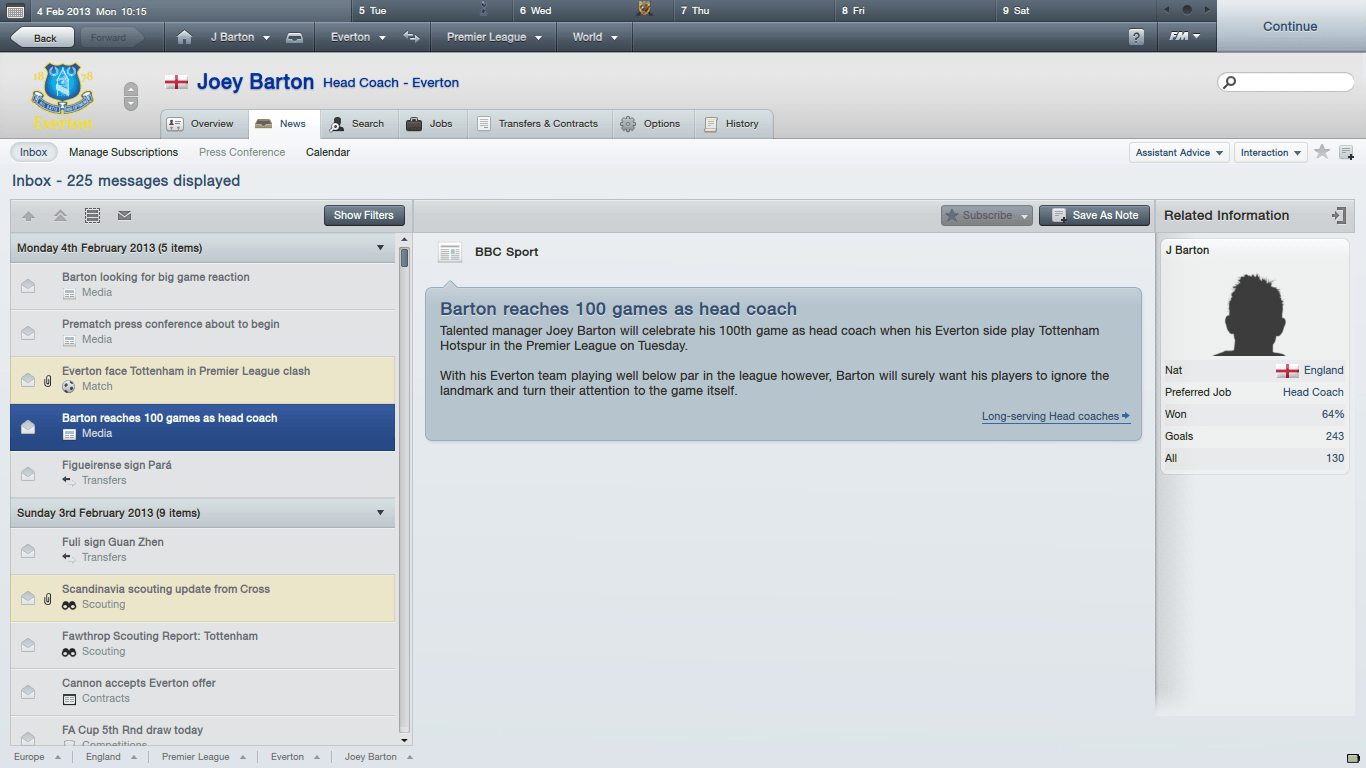 Glenn T
7 years
February
Unfortunately we started the month with heavy losses to Aston Villa and Tottenham, but a very surprising thing is we beat Valencia 5-1 on home ground. Now we are guaranteed entry into the Quarter Finals unless Valencia score at least four goals in the second leg. 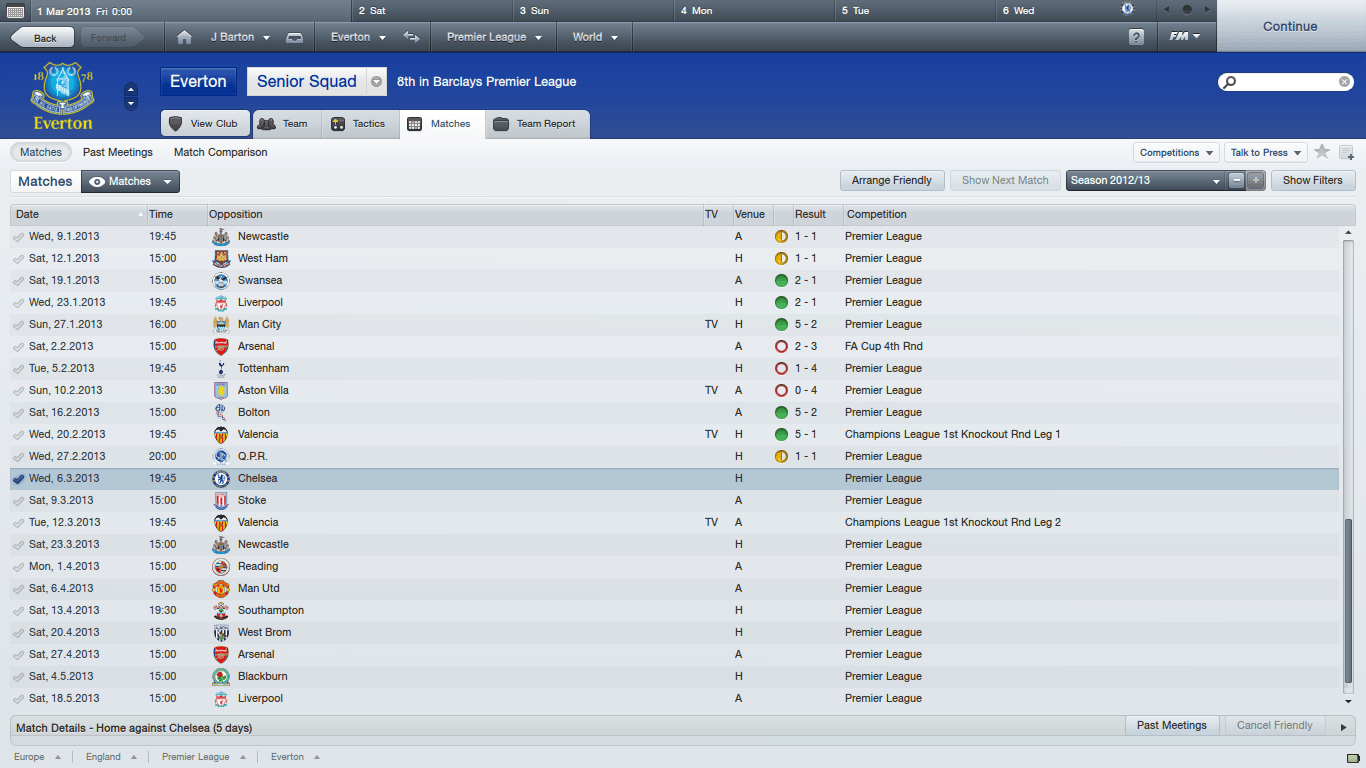 We have dropped down to 8th from last month's 7th, but I am still confident we can attain a higher position. 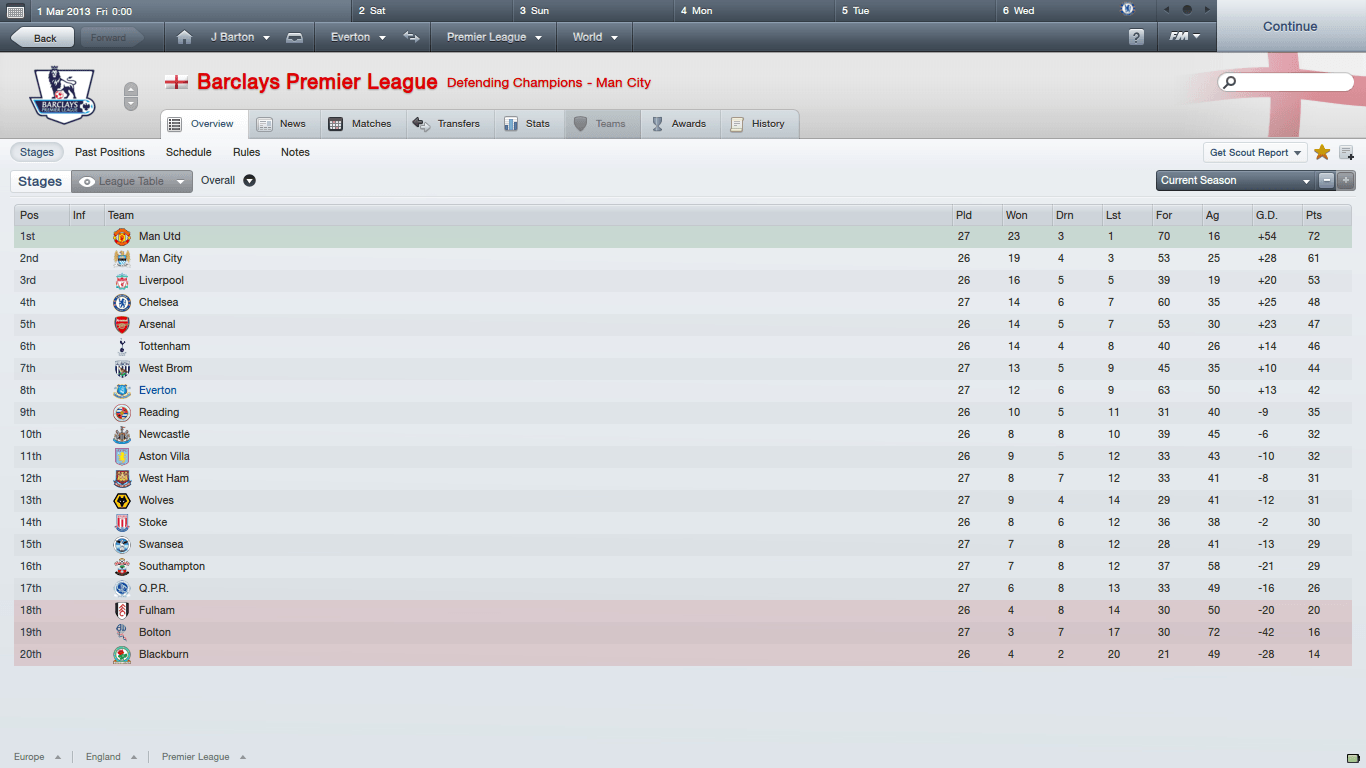 Walsall_Craig
7 years
very good story here Glenn, my favourite story on this site for sure

keep up the good work mate
1
Login to Quote

Some quality buys as well, shame there all turning

Glenn T
7 years
Thanks, I really appreciate the comments

Glenn T
7 years
March
Our results in the Prem are steadily improving while we are horribly knocked out of the Champions' League by Valencia. 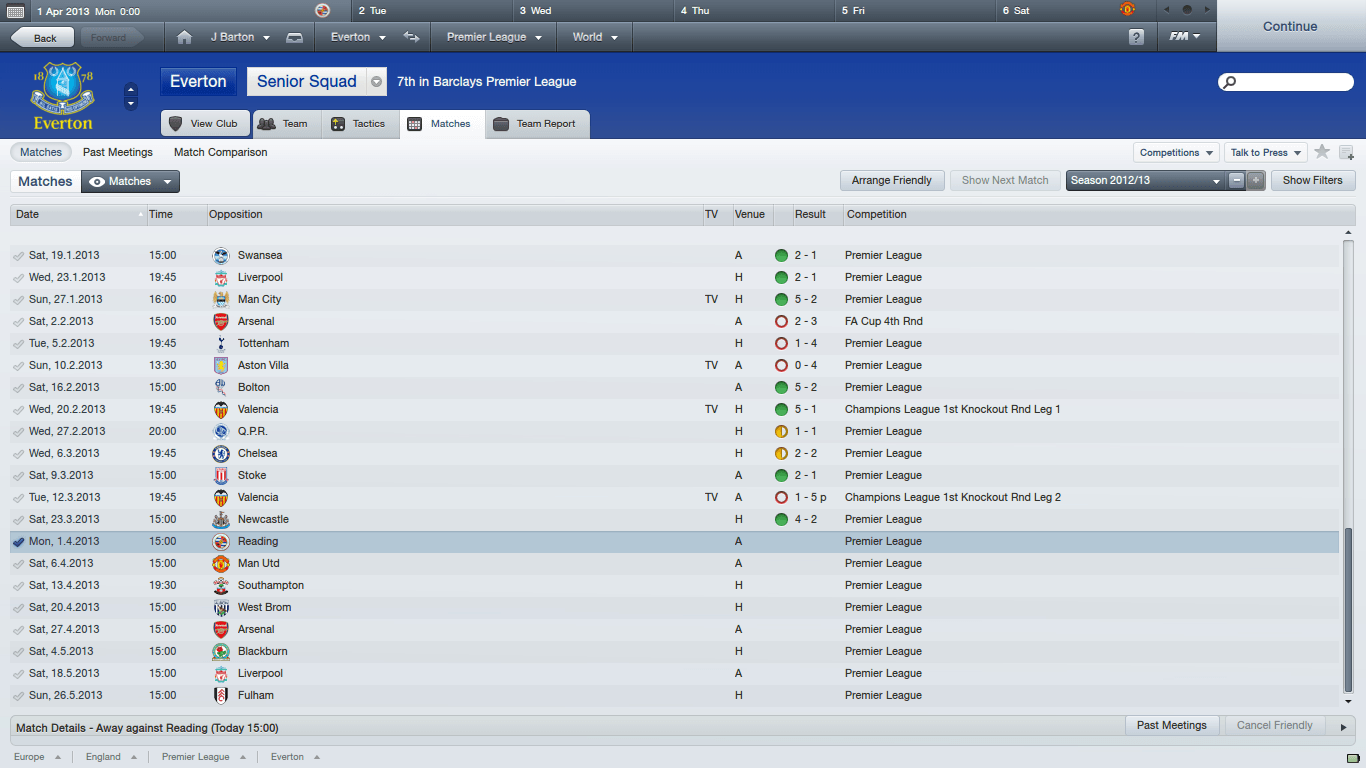 We are now 7th in the Premier League, still some way off from 4th. 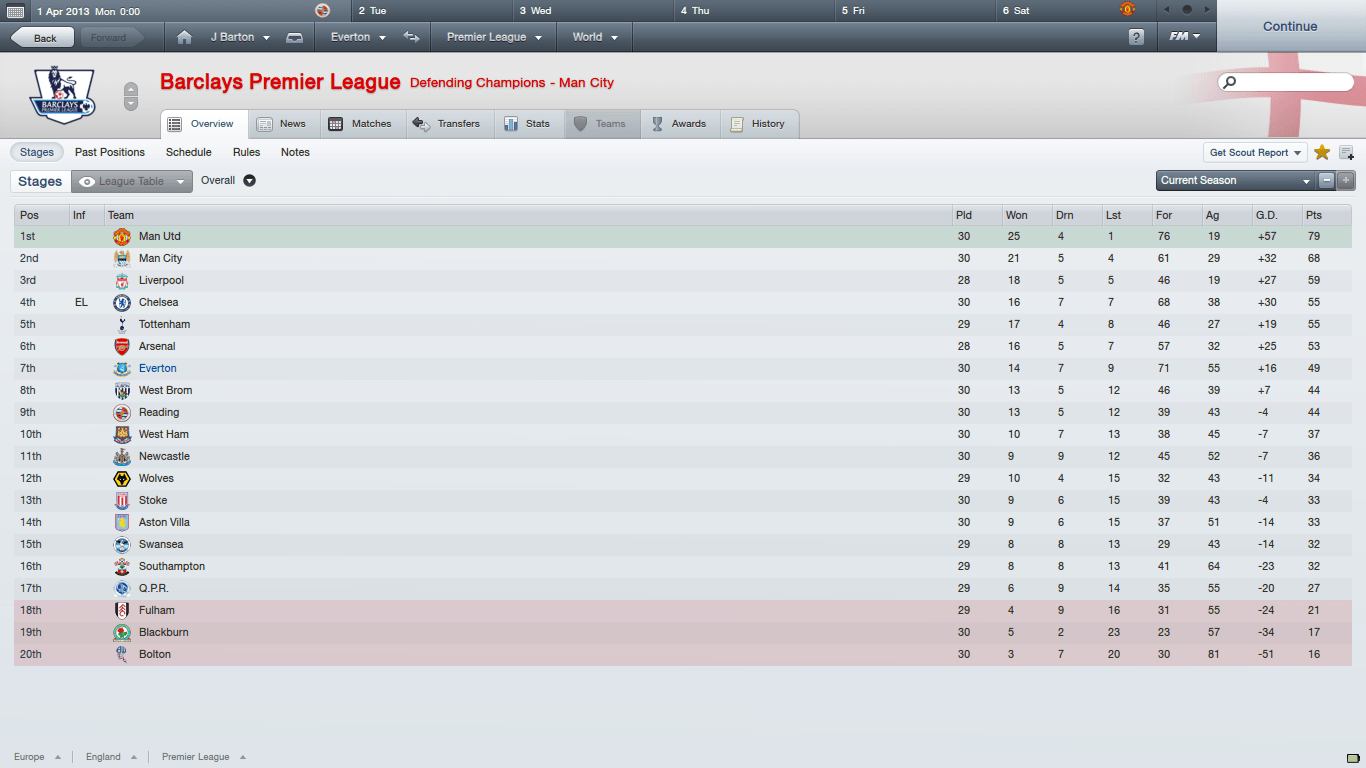 Apostolos Vellios, on loan at Reading from Everton, has won the March Young Player of the Month.

We were cruelly knocked out of the Champions' League after beating Valencia 5-1 in the first leg, and then being defeated harshly 5-1 in the second leg by Valencia on their home ground. It went to penalties and eventually Valencia triumphed.

Overall I am pleased with our performance in Europe this season.

Glenn T
7 years
April
A pretty good month, with the only loss being against Manchester United. 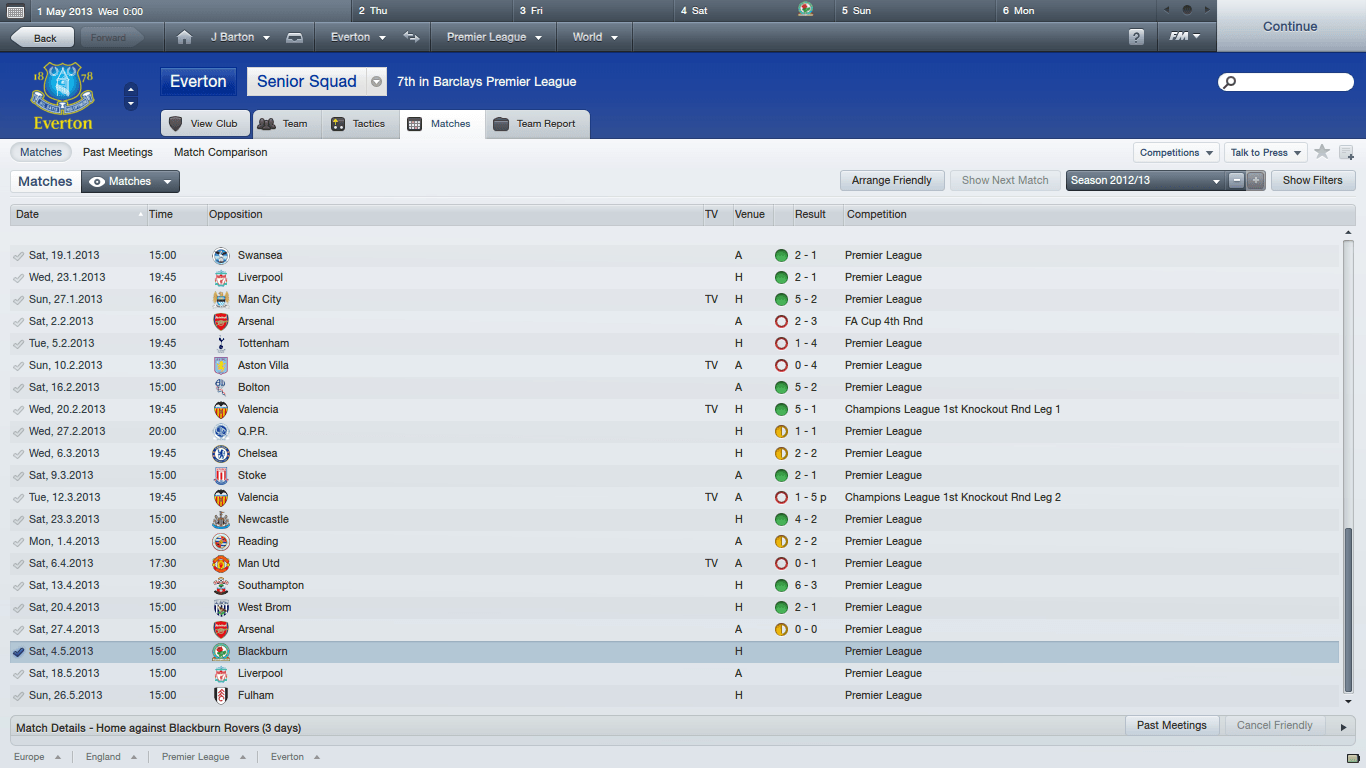 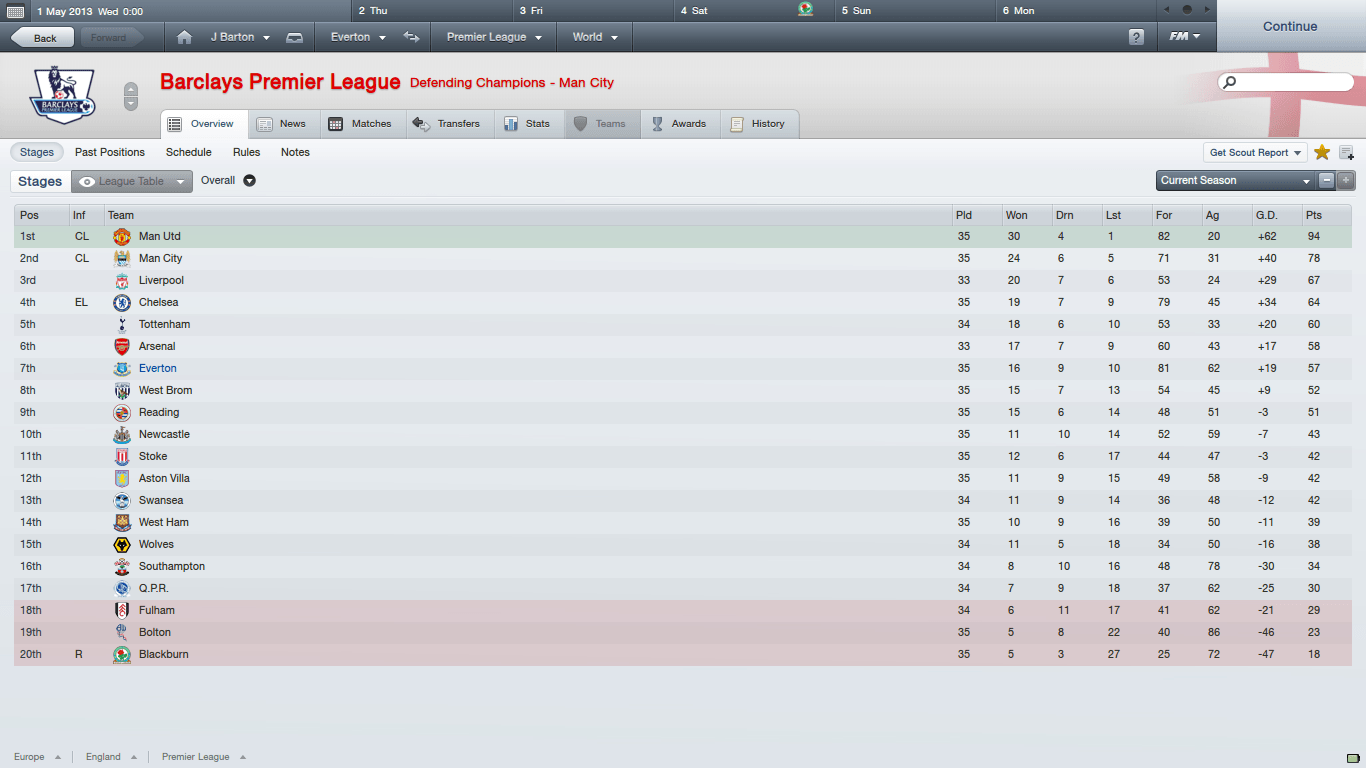 A good month although we didn't deserve to drop points against Reading in the 2-2 draw, but the 6-3 goal bonanza win against Southampton was a really good match.

Glenn T
7 years
End of Season
Wins against relegated Blackburn and Fulham on either side of an embarrassing loss to Liverpool ends the season for us. 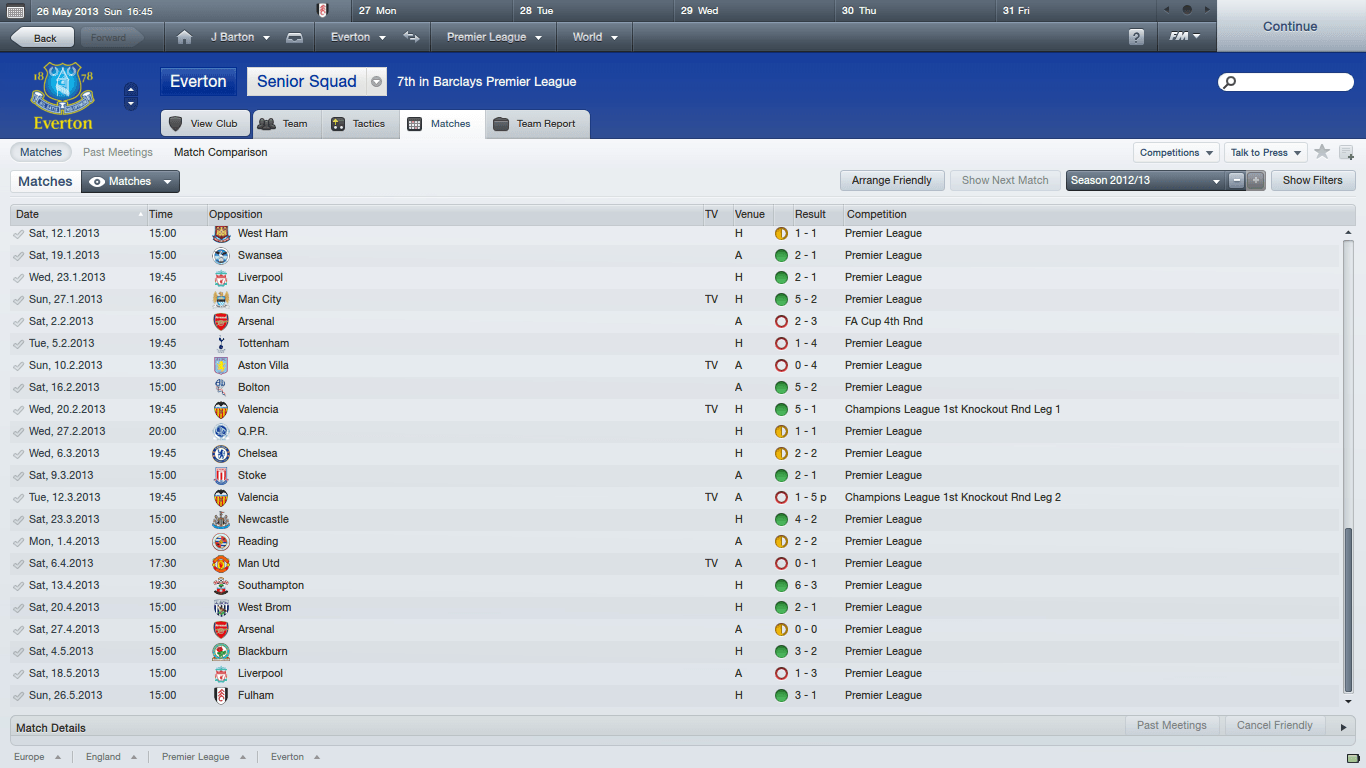 Our final position is 7th place, and although we won't have another Champions' League run next season, we will at least be in the Europa League. 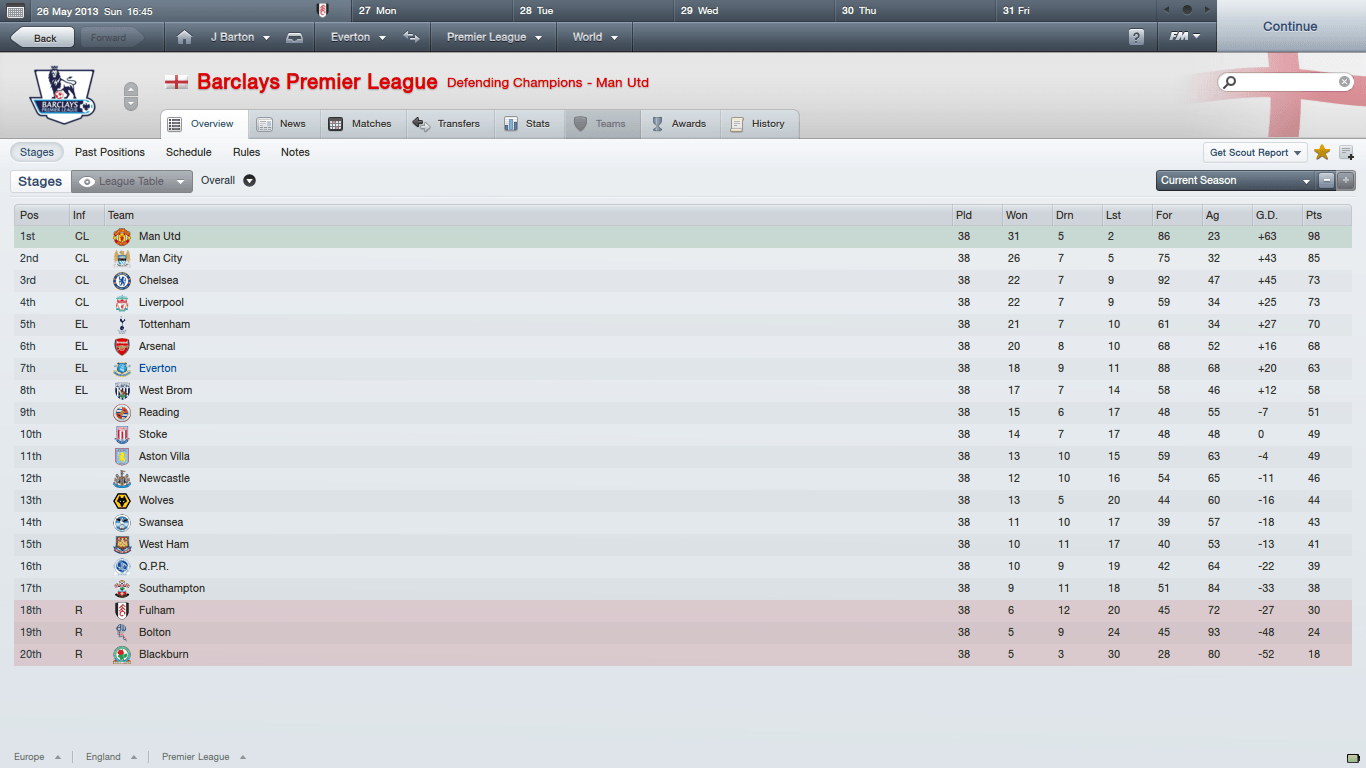