JasonRM
9 years
Congratulations on winning the title again, very unlucky against Lyon, but I'm sure that you will make the knockout stages anyway.

Good luck for the CL games
Login to Quote

Honestly I expected you to lose more heavily

Keep up the good work!
Next year you will be stronger as your young stars grow up, but only serious problem you are facing in future is to get those stars to renew contracts

Or just sell them big money before that


Hi guys, we had three more games to play this season, all in the Champions League. I didn't expect to get any results from these matches but we would give it our best shot. Here we go: 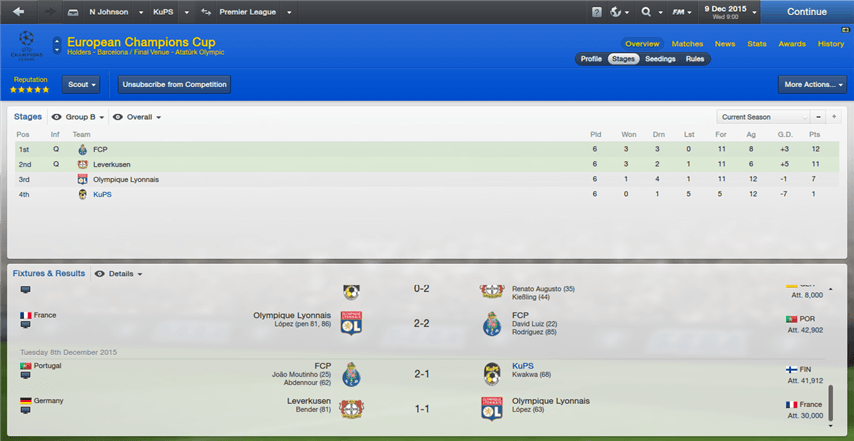 So we claimed a point against Lyon and we performed very well against Leverkusen and FC Porto. Playing against such great opponents was an amazing way to end our season. The next update will be the season review. Until next time, stay tuned!
Login to Quote


Hi guys, our third season is now over. Here is a run-down of our runs in each competition:


I was hoping to win the league for a third consecutive season, this is how we did: 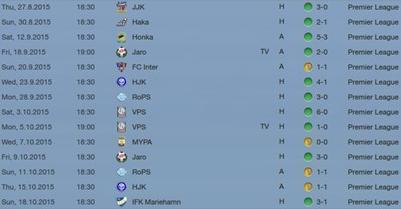 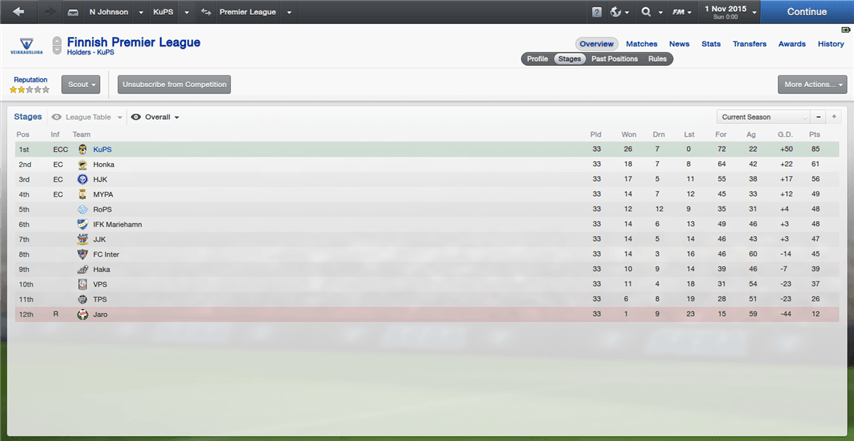 
Manager of the Season 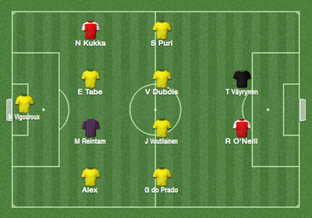 Most Man of the Match Award

Goal of the Season Award

Rookie of the Season Award

Can we win the league a fourth time in a row? That is what I am aiming for!


My aim was to win the Cup another time. Here were the results in this competition:

I was very surprised not to have to play HJK in the cup this season. After a very tense penalty shoot-out, Nick de Haan scored the winning penalty for us! I really want to win the cup again next season.


I don't see the League Cup as any more than a chance to see how my young players can perform. This is how we did:

Another season, another trophy. Once again, Honka were our opponents but we broke them with consumate ease. I don't mind if we do not perform well in the League Cup next season, I just want to get my youth players good experience.


My goal for the Champions League this season was to battle to gain a group stage spot. Here were the results:

We managed to beat Celtic yet again in the qualifiers. We got another tough group this year but we did well to gain a point. I really hope to be able to claim my first win in the Champions League Group Stages next season, provided we get there. Prize money is very important to us.

So that is that! Until next time, stay tuned!
Login to Quote

Blue
9 years
Another great season Nick, keep it up!
Login to Quote

Murtagh
9 years
Good work man.
You are having unluck in Champions League groups draw, but you still doing grea in the games.
Good luck for the new season

Donatt
9 years
Keep it up Rookie

The FM Rookie
9 years
Thanks guys

I am just hoping for some more amazing seasons in charge!

I am just hoping for some more amazing seasons in charge!

You don't need to, you've already got the best story on the site

Johnson: "It's All For The Fans" 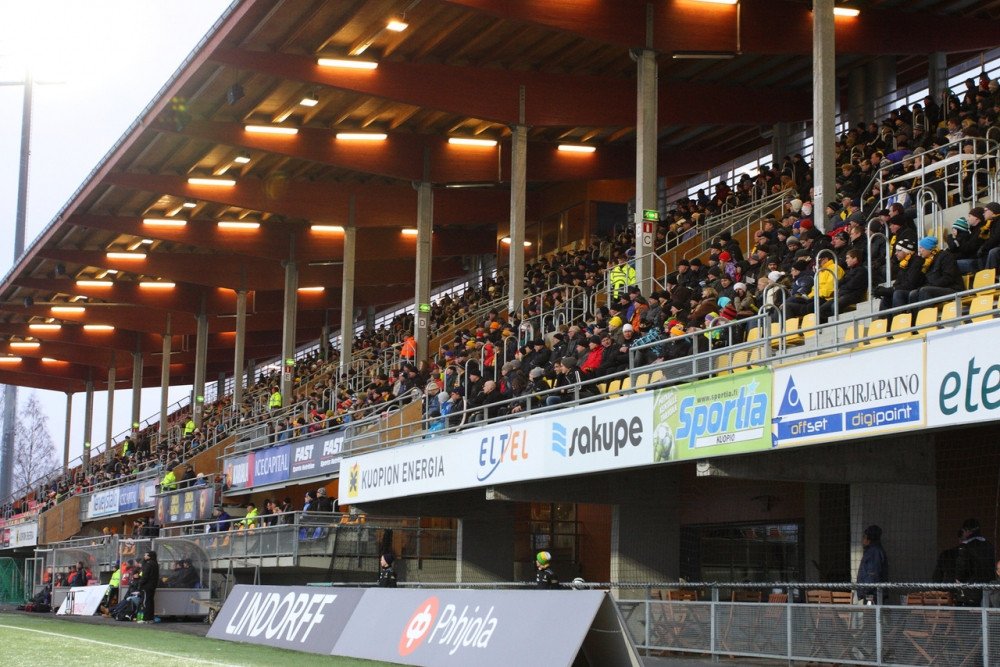 Nick Johnson:
"The fans have been amazing since the very first day that I took over KuPS as a manager. They have supported me when I just started off. They supported me when I had personal issues and now I have everything to give to them. Now I am getting married on 4th July at the Savon Sanomat Areena and I have invited all the fans to come witness it.

The fans mean so much to me. They have passionately supported myself and the team through every single game. The sound of their cheers, of their battle-cries and of their celebrations are magnificent. I have done my best to bring glory to the Savon Sanomat Areena and have managed to bring in nine trophies in three seasons. This is all thanks to the fans. They motivated myself and the team to keep going and we won what we could. Hopefully we can one day bring home the European Cup.

My goal is to bring European glory back for the fans. It has always been for them. I want to make the magnificent KuPSi sing Banzai with joy!"

Jer
9 years
All for the fans indeed Nick! A draw away at Lyon shows that your side are no push-overs!