shylax
10 years
I thought I was detailed, but I could never be bothered to list starting lineups and subs. You're doing a swell job!
1
Login to Quote

ebEliminator:I thought I was detailed, but I could never be bothered to list starting lineups and subs. You're doing a swell job!

Thanks mate! You don't need to have the lineup to be detailed and have a great story

Donatt
10 years
Can i have a screenshot of tactics you're using?
Anyway,you're doing a great job !
Login to Quote 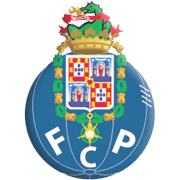 This is it. The biggest game of both these team's seasons so far. First versus second, and only two points between them. Sporting could move five clear with a win today, whereas if Porto win, they could go top by a point. You can feel the tension building up here in Lisbon as we near kick-off.

Sporting will have encouragement that they have finally found some consistent performances using a 4-6-0 False No. 9 tactic, although we could see them switch to something which involves a striker so they can play van Wolfswinkel, their top scorer and star striker.

Sporting are sticking with their 4-6-0 tactic which has worked well so far, whereas Porto have 16-goal Martinez up front. This should be an interesting one.

1 min: Sporting kick off this top of the table clash.

HT: A dull first half here in Lisbon, hopefully it'll improve in the second. Sporting make two changes, bringing Carrillo on for Izmailov and Soares on for Capel.

50 min: Rodriguez intercepts Sandro's pass and plays it over the line for Carrillo, who plays it back to him. Carrillo gets it back and runs at the Porto defence. He cuts inside... he's on the edge of the box... CARRILLO!!! He smacks the ball past Helton, and Sporting have the lead! As it stands Sporting are going five clear!

66 min: Adryan has the free kick 45 yards out... he whips it in for XANDAO!!! Xandao was lurking at the back post, and outjumped the Porto defender to double Sporting's lead! How can Porto recover now?

70 min: Moutinho takes the corner for Porto, but it's headed away to Varela 30 yards out. He plays it back out wide for Moutinho. He plays the ball in low and finds Marinez... he lays it off for GROSKREUTZ!!! Porto back in it with 20 minutes to go thanks to a neat Groskreutz finish! Can Sporting hang on?

FT: The ref blows the whistle on an exciting second half, and Sporting move 5 clear!

Obviously every win we get is fantastic, and we've managed to win every game so far this season, but to win such an important game, and such a good game to is brilliant. We fully deserved the three points today, and Xandao fully deserved his man of the match award. Carrillo is really starting to impress me as well, and the new tactic is working really well. Now we're five points clear, we just have that bit of breathing space, and I think we can make the league our own now.
Login to Quote

Blue
10 years
Goals from the Porto match if anyone is interested: 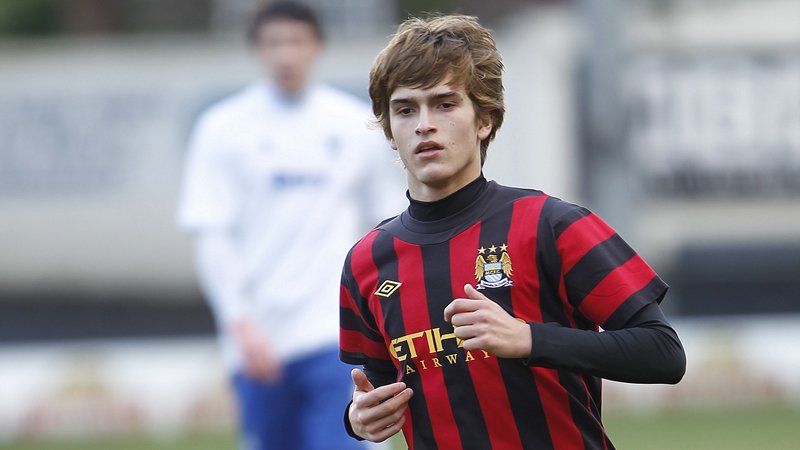 Sporting CP have made their second signing of the January transfer window, after they completed the transfer of Manchester City midfielder Denis Suarez for £575k. The 19-year-old had been on loan at Oldham since the start of the season, and made 16 appearances, but will now link up with his new team-mates in Portugal.

The Lisbon club had allegedly already agreed a £1m fee with City, although couldn't free up enough funds, so withdrew the offer, before making a new one, which was accepted, and then it was just a matter of agreeing terms with the Spanish midfielder. The attacking midfielder was only at the club for a year and a half, as he joined from Celta Vigo in the summer of 2011. Sporting will look to loan him out so he can continue to get first team football like he was doing at Oldham.

Matthaus is said to be absolutely delighted about this season, and believes he can help lead the club to glory. He has been known to buy young players in his time at Sporting, and already agreed a deal to sign Muhammed Demirci in the summer. Apparently he is still looking to bring in a couple more young players before the window closes in a couple of weeks.
Login to Quote

The FM Rookie
10 years
A fantastic played for a fantastic squad, he will be a big hit!
Login to Quote

Blue
10 years
He'd better be, he cost a fair bit!
Login to Quote

TheFMBeast
10 years
Never actually seen Suarez turn out on mine, hopefully he does well for you Blue!
Login to Quote

Murtagh
10 years
Very nice to see my team so well

Great results, hope you still just like this.
Amazing work
1
Login to Quote


I'm really confident he will, and I'm really pleased with the price I got.

Murtagh:Very nice to see my team so well
Great results, hope you still just like this.
Amazing work

It's been a bit of a rollercoaster at times with having all the tactics I've had to try, but I support the team in real life too so I'm pushing on with it. Any idea why they're performing so poorly this season?
Login to Quote

Murtagh
10 years
manchesterblue97:
The first problem is from the top, the president rly dont know anything about football, and the most of ppl that start with him after win the elections have gone out, so he is almost alone now and he is very bad. His decisions are terrible, and are ruining the team. We are in very bad finances, but selling players like Matias Fernandez and Joao Pereira for 3M is like for free. And he sells and loan almost all the bests players, and he have bought very bad players like Pranjic Gelson Fernandes Boulahrouz, etc...
And then the coaches are not being the best too, because the first 3 coaches of the season (Sa Pinto, Oceano and Vercauteren) they put the worsts players and in the wrong position. They put players like Insua, Capel, Carrillo, Rinaudo and more several good players in the bench. But now, a good coach have come (Jesualdo Ferreira) and he is the manager too, he is doing well 3 games 3 wins and have put almost all the wright players in the wringht positions. He just miss somethings I think, because he put Jeffren instead of Carrillo and dont give chance to Andre Martins(like the other have not give), and he have been a great player in last season. But overall he is doing very nice, I hope we can still like this and try to attempt the highest Europe places in the league.

I'm loving ur story, I'm reading since the start but just today I create an account here

And sorry for the bad english. Hope u the best, I will still reading and commenting this awesome story.
1
Login to Quote

Bit late, but we've reached 5000 views! It might not be as much as some of the awesome stories on here, but it's a massive achievement, so thank you guys! Hopefully it'll be 10,000 next!