Seydou Doumbia: P/Ex for Willems
Why: Willems was going to cost me some big bucks, so I decided to put our second goalscorer up for him and I got the man I wanted. Demeter will be his replacement.

Samir Handanovic: 6 million to Lazio
Why: Second fiddle to Ter-Stegen, though he did play some matches when Ter-Stegen got injured. Plus, he requested it and it's nice to get 6 million on a player I got on a free. Plus, Butland has returned and I can't have so many good GK's on Norwich.

Albin Ekdal: 15 million to Eintracht Frankfurt
Why: With Herrera coming, he was going to see his chances to play diminished and I wish him all the best at Frankfurt. One of my first buys, so it's hard to say goodbye.

Didac: 8.25 million to Sevilla
Why: With Willems coming in and I want Shaw to play some time I couldn't have 3 left-backs. Sorry mate.

Wilfried Zaha: Loaned to West Ham on a 100k p/m deal.
Why: He wasn't getting any time with so many wingers and I want him for my team in the future. No agreed fee.

Next update will include the free market and the result so far.
Login to Quote

Jer
9 years
Joining in the Summer

Elaquim Mangala
Why: With Smalling struggling with injuries and Mbaye struggling I needed someone who has the quality and Mangala on a free? Can't ask for more.

Hiroshi Kiyotake
Why: He is a class AM and I this guy for free is incredible to have. Though, I might have to sell him because of the quality I have up there.

Marquee Signing
Thomas Muller
Why: Muller on a free? He will become the best striker in my team, but there are no secure line-ups where Muller and Destro will have to fight it off for the number 9 role.

Potential Signings
Raheem Sterling
Why: Great wonderkid and he impressed me with James story on how fast he develops.

Andre Schurrle
Why: 11 million is not bad for a player like Schurrle. So I'm up for him in the summer, when I get extra funds.

Thibaut Courtois
Why: A good back-up for Ter-Stegen and might even challenge for the #1 spot. Plus, I want Butland to have more loan experience.

Lucas Ocampos
Why: A great player and he has been dubbed as the combination of Messi and Cristiano Ronaldo. This seems to be true, because he has amazing pace and strength.

Jer
9 years
THANKS FOR THE 10,000 views people! It's been a pleasure to write my story and expierences with you at Norwich!
Login to Quote

sponge11rofc
9 years
summer looks bright and sunny for you mate good luck hope they are what you expect them to be .
Login to Quote

JasonRM
9 years
Increduble signings mate, Hazard is probably the best player on FM, he's just a beast. Raheem Sterling and Andre Schurlee and also class. Keep up the good work in the league and congrats in getting 10000 views 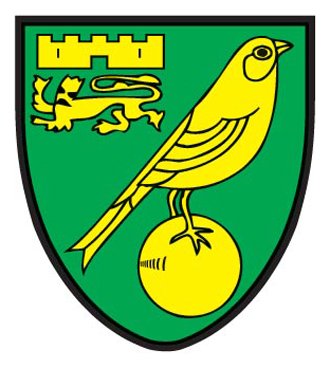 4 years ago, Jeremy Pauker and Norwich were not exactly high in the soccer world. But when the Norwich job opened up, Jeremy was appointed manager and Norwich took off. In just his 1st season, Jeremy took relegation candidates Norwich to the Europa League. The team brought in club legend Mattia Destro In his second season, Jeremy beat teams such as Arsenal, Liverpool, and yes Manchester United en route to a 3rd place finish. Jeremy would also beat the kings of Europe, Barcelona, in the Europa League. Norwich would end up winning the that competition and the league cup in the 2nd season. The players, board, and fans dubbed Jeremy Pauker a Norwich hero after that season. In the off season, Jeremy signed greats such as Cesar Azipulecta and Will Hughes, players that were thrilled to move to Norwich. The Canaries best Azipulecta's former team in the Community Shield, Chelsea. Norwich then pulled off another stunner, beating German giants Bayern in the European Super Cup. The Canaries lured football greats such as Gaston Ramirez, Isco, Marc Andre Ter Stegen, and Ryan Shawcross to come to play what Norwich fans described the best football in the world, and nobody disagreed with them at all. Now, Norwich signed perhaps the worlds greatest player, Eden Hazard from CHelsea. 4 years ago, Eden Hazard coming to Norwich would be unthinkable. Now, thanks to the football genius of Jeremy Pauker, it has become a reality. During Jeremy's time at Norwich, he has won 5 trophies, the Europa League, the F.A. Cup, the League Cup, the Community Shield, and the European Super Cup. That's something that old fergie is even jealous of. Jeremy is simply the best manager in the world, and with so many world class players, the Canaries can look forward to even more glory.
Login to Quote

Jer
9 years
I agree! Love it mate!
Login to Quote

You are reading "The Canaries: The Kings of Europe".