Glenn T
9 years
It's a brilliant start. I love Kammy 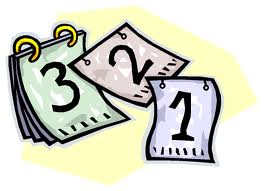 Manager's notes: A good strong showing in all games although the result against Hull was disappointing. The lads can be forgiven because Andy d'Urso refereed horribly sending Bailey off and not giving a penalty for a 2-footed tackle. Our defence has been fantastic with 3 goals conceded and our performance that saw off Forest was great, as was our showing against Wolves.

Unbelievable Player of the month! Faris Haroun is undoubtedly the player of the month after 3 assists and the goal of the month. He proved that despite my central players being the focus of the team, wing play was even more important as his pace and trickery were key to our wins.

Unbelievable Goal of the month! Faris Haroun's opener vs Forest. Kevin McDonald's strike aganist Doncaster was good but Haroun epitomised my style of play. Bikey launched the ball forwards and he touched it deftly past a defender, ran into the box and drove it low past the keeper.
Login to Quote

patrick1
9 years
hows mceachran progressing? nice to see him on the scoresheet

Some brilliant results but the red card really ruined your month.

Louis O.
9 years • Edited
Nicky Bailey's red card isn't that bad because Leadbitter is back(he came on as a sub in the Doncaster game) so he should replace him.

As for McEachran, he is playing well as the focus as the side, and he got 2 assists as well as his goal. My assistant keeps telling me that he is having major problems blending into the squad, but he's playing well anyway. And yes, as a Chelsea fan, I was happy to see him score.
Login to Quote 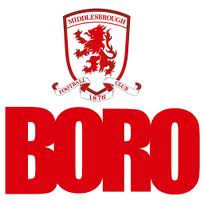 
Middlesbrough manager Chris Kamara has been given a 1-game touchline ban. The former Sky Sports reporter criticized officials after his side drew 0-0 with Birmingham and will miss his sides fixture against Bolton. David Carney was clean through but then he was brought down by Will Packwood as the ball went out for a goal kick. Kamara questioned the eyesight of the referee Andy d'Urso, who also sent off Boro midfielder Nicky Bailey in their last league match against Hull City. The F.A decided to hit Kamara with a 1 game touchline ban but no fine. Kamara was warned by the F.A after his comments on d'Urso's deciscion to show the red card to Bailey in the game against Hull. Meanwhile, on transfer deadline day, Kamara signed Fulham goalkeeper Neil Etheridge as back up for 75k.
Login to Quote 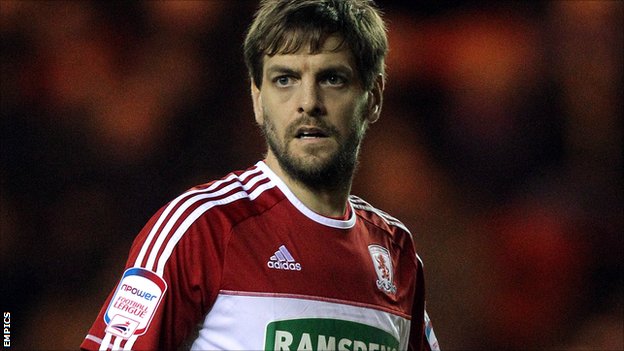 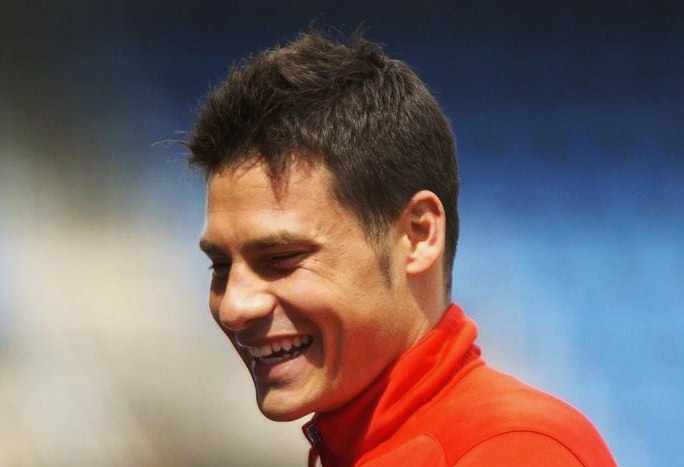 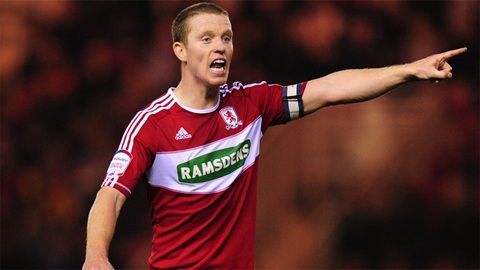 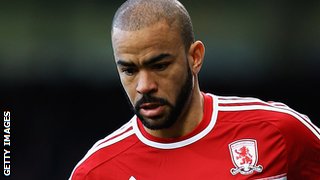 Glenn T
9 years
That banner is awesome, and that's a nice squad report you've got there.

Louis O.
9 years • Edited
McEachran is brilliant for me on every save but on my brothers saves he always ends up somewhere like Colchester.

EDIT: Actually, Devil. made the banner and I just slightly edited it.
Login to Quote

JasonRM
9 years
Great start mate, keep up the good work! I hope McEachren continues to live up to expectations.

It was a bad month for Jason Steele, conceding 4 to Norwich
npower Championship


Managers notes: Disappointing month. No wins, but no losses in the league. Not nearly enough goals and injuries to Faris Haroun and André Bikey ruined the month. Nicky Bailey has redeemed himself after his red card, but referees cost us again. A disallowed goal against Blackburn and a clear penalty denied versus Birmingham. I can't believe I was given a ban for telling the referee what I and everyone else in the stadium thought because David [Carney] was clearly fouled. it is a shame to be out of the League cup but it wasn't a priority and it clearly wasn't for Manchester United either. We did well against Blackburn considering they had just knocked the best team in the land out of the cup.

Unbelievable Player Of The Month!
Josh McEachran has proved that he will play at the highest level with some fantastic performances. Pulling the strings from the centre of the park, he has scored one goal and got a man of the match award. Nicky Bailey has also played well.

Unbelievable Goal Of The Month:
Nicky Bailey did exceptionally well to dance past 2 defenders and score against Brighton, but Josh McEachran's goal at Norwich was on another level. He received the ball and dribbled past 2 Premier League standard defenders before driving the ball past Mark Bunn. What a goal and what a player.
Login to Quote

Manager's notes:
A great month with 5 wins that put us top! The draw with Millwall was disappoinitng, but they are now in 2nd behind us.Jason Steele missed the Huddersfield game through injury so Neil Etheridge played, but he got injured and fortunately Jason was back against Leeds. Faris Haroun is back and he got two great goals against Cardiff and tat result was nothing short of superb. Our results have managed to give the Leeds manager Neil Warnock sacked too!

Unbelievable Player Of The Month: Josh McEachran has once again been setting up chances and scoring goals, although he did injure himself against Huddersfield so he missed the Leeds and Cardiff games. His two goals against Huddersfield were great examples of his huge ability.

Unbelievable Goal Of The Month: Emmanuel Ledesma's fantastic free-kick against Millwall showed that he is a more than capable replacement for Faris Haroun. He curled it into the top corner from 25 yards to give us a point.
Login to Quote

TheNorthman
9 years
nice update, Ive enjoyed reading this so far, how is Shinnie doing for you?
Login to Quote