Louis O.
9 years
My coaches are telling me he is good for the Championship and I think he is better than that, but to be honest, he will probably decline quite quickly so who knows how long he'll be in the 1st team?
Login to Quote 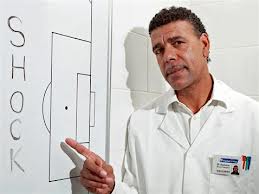 In December, we drew too many times. I tried to figure out why we weren't scoring much, the Wolves game aside, so I eventually decided to go a bit more attacking. Emnes has to be scoring to keep his place in the side. So I decided to put him by himself, with Haroun, Shinnie or Carayol behind him. Nicky Bailey is too inconsistent and too indisciplined, so we couldn't rely on him. Ledesma wants to play more too and he can go on the wing, so the tactical switch was good for everyone. The rest of the squad remains unchanged however, but new signing Wasilewski can expect to play. I can see a solid second half of the season for Boro now.
Login to Quote

Middlesbrough FC have announced the signing of 2 young Scots to develop in the future. Chris Kamara had sent his chief scout to Scotland to find cheap talent and they have certainly found talent here. Kamara has reportedly been tracking Hibs midfielder Jamie Beaton for a long time as he was the scout's first spot. Beaton has not even played for Hibs, but Kamara was sure that he would develop into a superstar for the club. His other signing is also Scottish, and that is defender Mark O'Hara, signed for a paltry £2.5k. O'Hara has played for his former club Kilmarnock, but only once. Boro chairman Steve Gibson has stated his delight at the signings,and will back Kamara to find even more cheap signings. "I am pleased to see these two players coming in because we don't have a lot of money, and these two will be stars for our team and came very cheaply. I have no doubts about their ability and I think they can both become fantastic footballers, for us and their nation".
Login to Quote

Jozef
9 years
2.5k what a bargain. Good premier league prediction too, not bad
1
Login to Quote

Middlesbrough finally lost a game in the npower Championship this season, but it was not without controversy. At home to Leicester, the game was largely uneventful, so when the game was nearly up, with the scores still at 0-0, the referee added on 2 minutes. However, the game proceeded past 93 minutes, and Boro were on the attack when 2 dangerous tackles left both Marvin Emnes and David Carney injured, and with no substitutions left, Middlesbrough had to continue with 9 men and yet the officials did not award a free-kick to Boro. Then, on 98 minutes, the poor officiating ended Boro's unbeaten run when, 6 minutes after the game should have finished, Leicester's Wes Morgan shoved Boro defender Seb Hines out of the way , leaving him with an easy chance, which he took to give Leicester all 3 points. After the match, Middlesbrough manager Chris Kamara was extremely angry, and questioned the deciscions of the officials in the post-match press conference. " It was disgraceful. We could have won the game, but the Leicester players committed some horrendous fouls which the referee ignored and even that was over the amount of time added. The referees were an insult to the game and we will be asking for the tape of the officials pre-match preparation because they must have been bribed. Absolutely dreadful refereeing. This is our first loss, it could completely destroy our season with the negative effect these deciscions have had on our players." The F.A have already announced that the game's referee, Martin Atkinson, will serve a ban while they investigate the deciscions and the pre-match build-up, while Kamara will not be fined and will not serve a touchline ban.
Login to Quote

Louis O.
9 years
I know! You'll will see what happens to him in the next update
Login to Quote 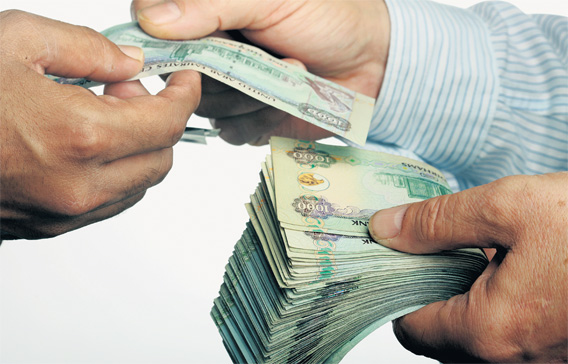 The F.A have announced that top level referee Martin Atkinson will be banned for life after accepting a bribe in the npower Championship match between Middlesbrough and Leicester. The match will be not be replayed as both teams have a heavy fixture schedule, but Leicester have been fined £50m and Middlesbrough have been awarded £5m, money which Chairman Steve Gibson admits that they will have to keep for the future. Atkinson failed to award fouls for two knee-high challenges in added time, and played on until the 98th minute when Leicester scored an illegitimate goal which Atkinson inexplicably allowed. He has been fined £1m, thought to be the amount of money received in the deal which saw him throw the game in Leicester's favour. Atkinson has not been available for comment, as he has also been given a 3 month prison sentence. Leicester's finances have taken a turn for the worse, and Thai chairman Vichai Srivaddhanaprabha has announced that he is indeed looking to sell the club.
Login to Quote

wellsy1498
9 years
Interesting to see bribes between Leicester and Atkinson.
Login to Quote

http://www.thisissomerset.co.uk/images/localpeople/ugc-images/275793/Article/images/18127694/4559324.jpg
Middlesbrough were knocked out of the FA cup at the 4th round at the hands of Yeovil. Boro only scraped past Dagenham and Redbridge, taking the game to a replay and then needing extra-time to win that, but the draw gave either Yeovil or Middlesbrough a game at Old Trafford if Manchester United beat Crystal Palace at Selhurst Park. Boro cruised into the lead at Huish Park through an Ishmael Miller header but another refereeing deciscion went against Boro as it was wrongly disallowed for offside. Then, right before half time, James Hayter broke through and fired a low drive past goalkeeper Jason Steele and in to the net. Boro chairman Steve Gibson has given manager Chris Kamara the vote of confidence despite the 2 losses in a row.
"Well we are still top of the league so I have to say, we can't be doing too badly! We have lost 2 games in a row, one of which was discovered to have been thrown by the referee, but we weren't aiming to win this competition and you can't sack your manager when you have only lost 1 game all season unless you are Chelsea!" Gibson laughed.
Login to Quote

Middlesbrough manager Chris Kamara has made good use of the frantic rush to sign players on the last day of the transfer window. His financially troubled club Middlesbrough have been forced to sell and have raised £6m of transfer funds by selling both Nicky Bailey to West Brom and George Friend to Reading. Kamara has acted quickly to replace Friend, swooping for Icelandic defender Jon Fjoluson and has also found a forward to replace the misfiring Marvin Emnes, who drops back to midfield, and Lewis Guy joins from St. Mirren.
Login to Quote

January: Out of the cup

Manager's notes:
Horrible month. We beat Birmingham but that was the only good result of the month, and results could get even worse because we have had to sell Nicky Bailey and George Friend, and replace them with some unheard of players. And the FA Cup run, don't even get me started, because we didn't get it started. I can't believe we needed extra time against Dag & Red but even worse, we lost at Yeovil. A poor month, we'd better pick up in February.

Unbelievable Player Of The Month:
New siging Marcin Wasilewski has bedded in well, his free kicks seem very good and he has been keeping out attackers in each game he played, I wish he'd played against Yeovil as he could have easily stopped their attacks.

Unbelievable Goal Of The Month:
Matt Le Tissier, eat your heart out. Marvin Emnes picks up the ball against Dag & Red and deftly touches it past a defender before volleying against the crossbar and in.
Login to Quote

Glenn T
9 years
Some interesting signings and also interesting to see a ref getting banned for bribery. Very nice idea

Keep up the good work. Some unlucky draws and losses there but I'm sure you'll improve.
1
Login to Quote