Aaron
8 years
Niko, not only does he not think you are crazy he also takes you seriously!

I joke of course x)

Loving the update as well Neal my friend!
Login to Quote

Neal
8 years
AaronHJFT96: To be fair, nobody takes Niko seriously 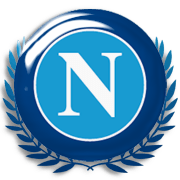 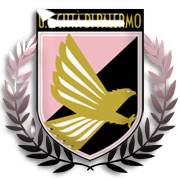 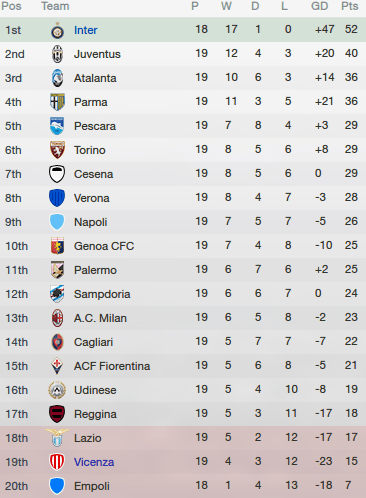 A game in hand and 12 points clear. Juventus have put on a decent run under Iachini and are back in second place, but nowhere near us. Amusing to see Lazio in the relegation spots as well; next year, Roma and Lazio both might be in Serie B! 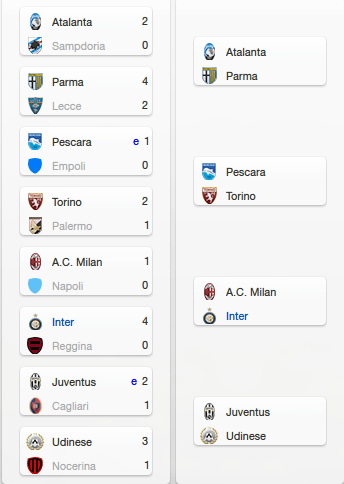 No real upsets in the first round of the Coppa. Derby della Madonnina will be played in the quarterfinals, which will be very exciting for the fans. Hopefully, we can continue our ridiculous dominance over the Rossoneri scum!

Four straight wins. 13 goals scored. We are absolutely dominant this season (as ever), 17-1-0 is a really incredible record. Something has clicked (even more than previous years) this time around, and I honestly don't see anyone stopping us after our early hiccup against Juventus. This might just be the greatest footballing side every assembled, and I am the helm, ready to steer us to a third straight Champions League title.
Login to Quote

Jer
8 years
Meh, I've challenged for you to finish the Serie A with maximum points, but you still fail me.
Login to Quote

Josh_MU
8 years
Amazing month Neal, some great wins there. 12 points clear at the top with a game in hand! Keep it up!
Login to Quote

LFC
8 years
Some great results! Keep it up

Neal
8 years
Josh_MU: Thanks mate, the Serie A is crumbling before me!

Neal
8 years
Jack: I hope you weren't expected anyone to actually put up a fight 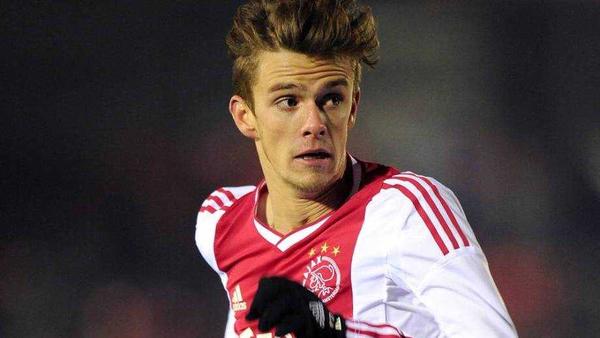 Lucas Andersen (above) could be making the trek to Milan to join Inter.

Inter Milan's transfer policy thus far in the January window has been stale. With Giuseppe Bergomi having just returned after the match-fixing scandal that was proved false, his temporary replacement Giuseppe Baresi only managed to loan out a few young players in his short time in charge.

Some of the U20 side's brightest talents have been loaned out to play in strong leagues to help their development; Cristiano Baresi, Mattia Foresti, and the Brazilian star in the making Samuel were all sent out to Serie A sides to help gain experience.

Even though the Nerazzurri are running away with Serie A (again) and have won the last two UEFA Champions League crowns, the fans still want to see their manager reinforcing the squad. While this may have been difficult with Bergomi out and Baresi trying to patch things up, Bergomi's return has been marked with interest in two players to bring to the Stadio Giuseppe Meazza.

First is 18 year old Italian striker Emiliano Musico. The teenager came up through the Pescara youth system, making 17 Serie A appearances by the time he was 16 years old, having scored once and assisted twice. He then made the switch to Real Madrid at the beginning of the season, and has scored 9 times in 19 games for the Castilla side.

Italy's Next Generation: Could Bergomi be grooming for the national team as well as Inter?

Musico is considered one of Italy's very best young talents in the striker position since the likes of Philippo Inzaghi and Luca Toni. He has already scored 8 times in 11 caps for the U21 national side, and some people believe Bergomi wants to groom him for both Inter Milan's future and Italy's future by bringing him to the club. Some experts claim that Madrid do not want to sell, however, and that he could cost as much as €20M.

The second player that is on Bergomi's radar is Lucas Andersen. The Danish attacking midfielder has made a name for himself at Ajax after joining from AaB as a teenager. Having scored 8 goals already this year, the talented playmaker is subject to intense interest from FC Barcelona as well as Inter Milan.

Bright Future: Andersen is heavily linked with Inter and Barcelona.

Most people expect Andersen to come to Inter, however, as the tricky attacker had already worked under Bergomi when the fiery Italian was in charge of the Danish national team. The only obstacle in the deal is that Ajax are extremely unwilling to sell, with prices as high as €40M being mentioned.

With reportedly up to €60M to spend, Bergomi will certainly be looking to dip into the fund and bring in one or two talented players to augment his Inter Milan side and increase their chances of winning all possible trophies, something that Bergomi has become quite adept at.

Bergomi is back, and it's bound to be a hell of a transfer window for the Nerazzurri.
Login to Quote