Neal
8 years
Griffo: Are you surprised?


This is absolutely incredible. When I started writing this story all those months ago, my first ever story, I wasn't expecting too much from myself. But, thanks to the magic of FM and whole lot of amazing support from you guys, I kept going, and Giuseppe Bergomi's monumental journey with Inter has passed milestone after milestone. I remember my joy at passing just 100 replies, and now we've surpassed 1600 replies. I remember celebrating my 1,000th view, and now, with all of your help, we've reached the big one: 100,000 views!

Thank all of you, my faithful readers, so, so much for helping me reach this amazing landmark. Even though I may not continue this story beyond the 2018 World Cup due to it being insanely easy now, I'm glad that together we've led this story to such heights. I love you all!
Login to Quote 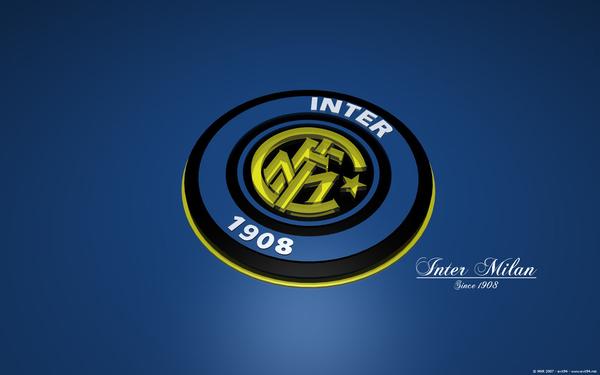 Already champions after their thrilling win over AC Milan, Inter coasted through a fairly simple April with another four wins. Giuseppe Bergomi, knowing the Scudetto was already mathematically secured, chose to give many promising young players a chance in the starting lineup including Ignazio Milici, Simone Pierguidi, Hugo Abdian, Filippo Valentini, and goalkeeper Silvano Casella.

Some bit-part players, including Gino Peruzzi, Adam Maher, and Giuseppe Bellusci, were given multiple starts. All three of those players are rumored to be exiting the Giuseppe Meazza this summer, and thus far they are being given a deserved farewell after years of faithful service.

Perhaps somewhat surprisingly, the Nerazzurri suffered two red cards, both from departing players in Adam Maher and Giuseppe Bellusci. Despite these setbacks, none of the four sides Inter played this month posed any serious threat.

Inter's next opponent, however, will be no pushover. Real Madrid are still hunting the fabled "La Decima", their tenth UEFA Champions League crown. However, with all of their regular first team players well rested, Inter Milan will be hoping to reach their fourth final in five years, this time at the Stade de France, and there win their third straight Champions League trophy. 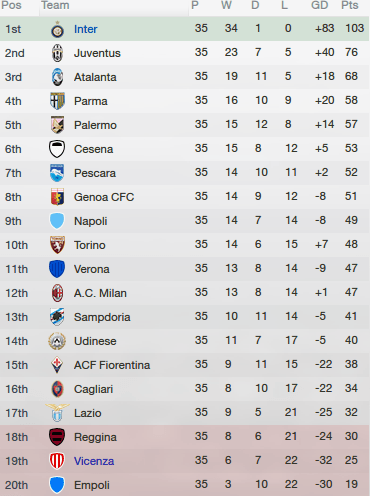 Neal
8 years
Pauker: The best part is, Madrid could have easily won the Champions League in 2013 but they lost the final in penalties to LOSC Lille

Samba Boys: Brazilians Ademilson (above) and Emerson Luiz scored all of Inter's goals as they steamrolled Real Madrid at the Giuseppe Meazza, with 3 and 1 goals respectively.

Real Madrid; the most successful team in the history of the UEFA Champions League. With 9 wins, stretching back to when the competition was known as the European Cup, Los Galacticos have always been a major threat to winning the trophy. They were set to face Inter Milan in the semifinals, a new giant on the European stage, having won 3 of their 5 Champions League titles since 2010.

The Stadio Giuseppe Meazza was entirely sold out, the fans were singing, the teams were on the pitch, and the referees were prepared. Everything was ready for the first leg of the UEFA Champions League semifinal between two-time reigning champions Inter Milan and "La Decima" hunters Real Madrid.

Los Galacticos had won the kick off, and Karim Benzema rolled the ball to Mesut Ozil to knock back to 16 year old central defender Miguel Prieto. The teenage sensation was making only his 4th ever professional appearance, but seemed comfortable enough when receiving the ball. The Spaniard stroked the ball toward his partner Kyriakos Papadapoulos...

And Ademilson was on the spot to intercept the pass and hammer home a finish past the helpless Iker Casillas. 9 seconds into the match, Inter Milan was up, and the Stadio Giuseppe Meazza quite nearly exploded with noise. Prieto looked absolutely heartbroken, and things weren't about to get any better.

Just three minutes later, Ademilson struck again. This time, Raheem Sterling did the damage, utilizing his pace to burst by Roger Roberto on the right flank. The Englishman crossed to the near post, and Ademilson was there once again, this time just about knocking the ball into the net with his knee. Inter was 2-0 up just 4 minutes in.

From there on out, the game was bound to be all Inter. Real Madrid hardly got a touch of the ball for the rest of the first half, and two minutes into injury time, Ademilson completed his hattrick. This one was partly Iker Casillas's fault, as his poor clearance fell straight to Raheem Sterling. The Englishman slotted in Ademilson, who quickly chipped over the stranded Spain international shot-stopper to make it 3-0 at half time.

In the second half, things almost got far worse as Iker Casillas was forced into great saves against both Rogerio and Jan Kirchhoff from a set piece and corner kick respectively. Real Madrid didn't manage a single shot all game. With time winding down, Emerson Luiz put the icing on the cake as he met Andrea Poli's corner at the near post and flicked it into the net with ease.

Giuseppe Bergomi was asked a lot of questions and made a lot of statements after the game, but one thing he said was the most poignant: "This was the greatest footballing performance I've ever seen."

Arvind: Hehe I'm already at 5, it's not out of the question


I expected an update.
Login to Quote 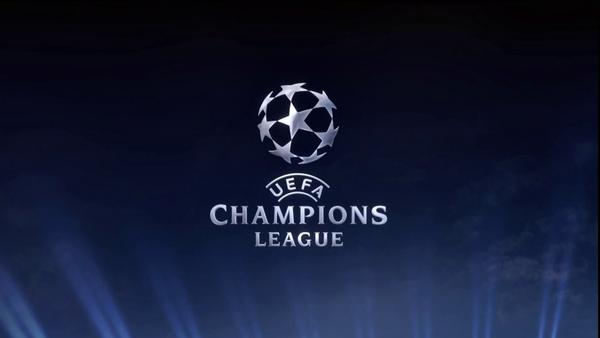 In another amazing set of results, the UEFA Champions League semifinals are over, and the final match is decided. On the 26th of May, in the Stade de France, two-time reigning champions Inter Milan will look to win the first Champions League threepeat since Bayern Munich in '74-'76 while Tottenham will fight to win this trophy for the first time in their history. First, let's take a look at the results of each semifinal.

Inter Milan seemed to have the slightly harder task in the semifinals, going against the Real Madrid side that had won the last four La Liga BBVA titles and was hunting for their record 10th European crown that has eluded them all this time. 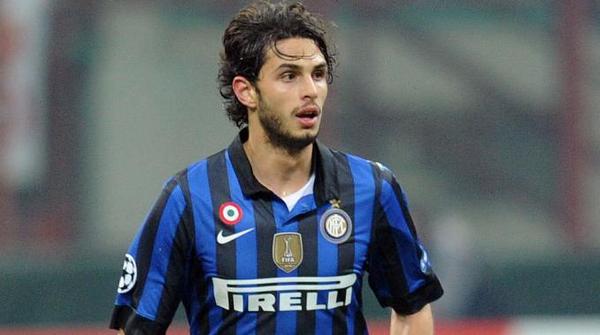 Captain Fantastic: Ranocchia has now captained his side to yet another Champions League final appearance, the club's fourth in five years.

However, after being dismantled by an Ademilson hattrick in the first leg to lose 4-0 at the Stadio Giuseppe Meazza, things seemed very hopeless in the return fixture. At the Estadio Santiago Bernabeu, Los Galacticos played far better but could only hold Inter to a 1-1 draw thanks to a late Philippe Coutinho equalizer, sealing the way for the Nerazzurri to reach the final with a 5-1 aggregate win.

It was Tottenham Hotspur who provided the real shocks of the semifinals, however. After losing 2-1 in the Camp Nou thanks to an injury time stunner from Lionel Messi, thinks were looking gloomy for the London based side. At Hoddle Stadium, everything changed. 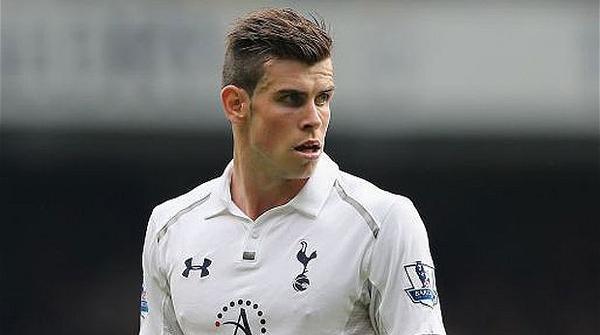 Making History: Welsh winger Gareth Bale, who leads the Champions League in assists with 8, has helped Spurs reach their first ever European final in history.

Goals from Martin Olsson, Davide Santon, Andre Schurrle, Gareth Bale, and a brace from Yassine Benzia absolutely devastated Barcelona in a smash-and-grab 6-0 win. Spurs dominated ball possession with 61% and mustered 16 shots on target, exploiting mainly the wide areas to create chance after chance. It seems Tottenham are nearly unbeatable at home, having already beaten Bayern Munich 5-0 there in the last round.


The final is set to be a monumental clash. Giuseppe Bergomi and his Inter side have long been the dominant force in Europe, having reached three finals in the last four years, and winning the last two in a row. However, Michael Appleton and his inspired Spurs will look to make history and win their first ever Champions League crown.

The 26th is just a few weeks away, and the Stade de France is waiting.
Login to Quote

JasonRM
7 years
Good luck in the final, I hope you smash the Spurs and put them back in their place.
1
Login to Quote