Super Sub: Sterling's injury time goal after subbing on was the difference.

Fresh off of their big-spending transfer deadline day and massive 2-0 victory over AC Milan, Inter Milan were thrown a second straight stiff test in the shape of Juventus. Now led by the fiery Diego Simeone, Juventus had managed to hold Inter to their only draw of the season with a 0-0 draw at the Juventus Stadium, and now the Nerazzurri were out for vengeance.

With Rogerio still recovering from injury and Yann M'Vila and Omar Carrasco suspended, three players got a surprise look-in to the squad; Adam Maher started in central midfield alongside Andrea Poli, while Jan Kirchhoff was plugged into defensive midfield and Gino Peruzzi made only his 4th Serie A appearance at right back.

New €35M attacker Lucas Andersen was given a start on the right wing, and Englishman Raheem Sterling was relegated to a spot on the bench. It was a huge game for Andersen's club debut, and the fans had packed the stadium to see their new man in action against one of their rivals in the historic Dery d'Italia.

As expected, perhaps, Inter Milan were the more dominant sides in the opening exchanges. Philippe Coutinho saw his free kick crash off of the crossbar and Simone Pierguidi's header ricocheted off of a defender, off of the post, and wide just 25 minutes in. Juventus got a bit sturdier after that, not allowing Inter time nor space in the final third.

With 70 minutes on the clock, Inter had been pushing forward to find the winner that their fans expected in every match. The Danish midfielder managed to ghost around his man and whip in a delightful cross. Davide Astori missed the header to clear, and the ball fell to the feet of Sterling, only for the pacy young winger to volley straight at Viviano.

Two minutes into injury time, Sterling made up for his error. Mattia Destro's cross from the right had found Insigne, but the diminutive Italian striker's shot had been well blocked by Giorgio Chiellini. Sterling was the first to react, however, and the Englishman toe-poked the ball home, sending the Inter fans into raptures.

"We never give up," said Sterling after the match. "No matter what the score is, no matter who we are playing, we play to the final whistle; it's the sign of a champion."

Giuseppe Bergomi echoed his player's thoughts, telling the media, "It's the sign of a champion. The match is not over until the final whistle is blown, and we always keep fighting until that whistle, because we know we can find a way to grab three points."

When quizzed on Philippe Coutinho, who reportedly had picked up a knock, Bergomi replied, "He's twisted his ankle and he'll miss two or three weeks, but it's nothing too bad."

Inter Milan are now a full 20 points clear in Serie A on 64 points (21-1-0). Juventus are a distant second place on 40 points (13-5-4), with Atalanta close behind on 43 (12-7-3). The Nerazzurri travel to Pescara at 7:30 PM on Wednesday to continue their potential championship caliber campaign.
Login to Quote

Jer
8 years
No one can catch Sterling ;P
Login to Quote

Neal
8 years
Justice: He is a beast isn't he

Pauker: He is too damn fast

Walter: Yes it's such a good feeling when you score late against a rival to seal three points The World Cup is looming for Russia this summer, but today it was the European Championship set to be hosted in Turkey in 2020 that stole the headlines as the qualifying groups were finally announced.

By far the biggest talking points of the draw both relate, whether it be directly or indirectly, to Giuseppe Bergomi. The fiery Italian manager's ex-side Denmark have been drawn with fierce rivals Holland in Group G, while his current side Italy are faced up against the perennial dark horse Belgium in Group E.

The full groups are as follows: 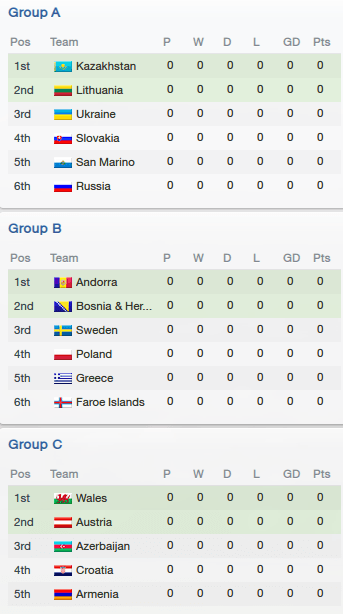 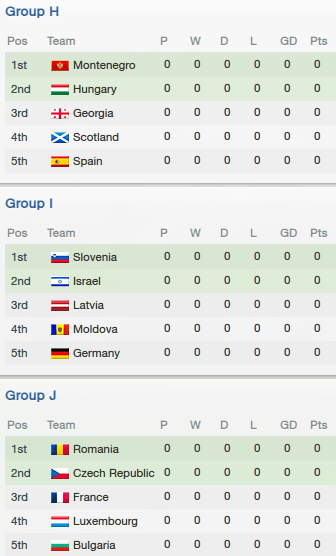 Josh_MU
8 years
Ooo Belgium will pose a threat against Italy!
Login to Quote

Josh_MU: Let's be honest, we're going to tear them apart 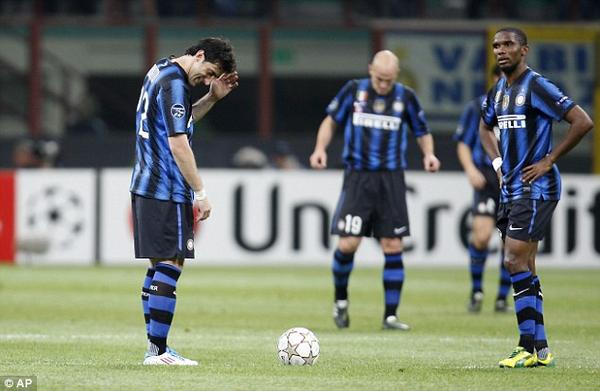 You heard it here first: Inter Milan have drawn for the first time after 32 wins.

After a stunning run of 32 straight victories in all competitions, SL Benfica have finally put an end to Inter Milan's streak by inflicting upon them a 0-0 draw at the Stadio da Luz. Though that is nothing less than a stellar result for the Portuguese side in the first leg of the two-legged Champions League tie, trying to grab a win at the Stadio Giuseppe Meazza will be another beast entirely.

Either way, a draw is a draw. #BergomiOut is actually trending on Twitter due to the sarcastic use of the hashtag after the draw.

Other than that completely outlandish result, the reigning champions of Italy and Europe had a very dominant month. A 2-0 win in the Coppa Italia semifinal first leg over Udinese put them in prime position to reach the final for the sixth consecutive season, while a series of multi-goal victories led Bergomi's men higher up the league standings.

The leader during this month was Ademilson. The Brazilian striker has played second fiddle to either Diego Milito or Mattia Destro for most of his Inter career but is now proving his worth having scored 4 goals in his last 5, now leading the team with 14 goals (and 8 assists to boot).

To add to the strangeness of the month, Mattia Destro did not score a single goal. Despite scoring 70 Serie A goals in his first three seasons with Inter Milan, the talismanic front man cooled off significantly last season as his playing time was torn to shreds by injuries. He played only 19 times last season, scoring 13 goals. This year he's managed 24 appearance but has managed only 12 goals, his worst ratio in his Inter career.

This comes as a bitter blow to Italy fans, for the world cup is now only four months away. Destro has been Bergomi's go-to striker at the international level since he took charge; his goal-scoring prodigy has scored a ridiculous 22 goals in 27 caps for the national side, and is a mere 5 goals away from Roberto Baggio's record 27.

In any case, a very busy March is looming with 7 club fixtures and an international break. I think we can all safely assume Inter will continue their dominance right where they left off this month.

The league table at the end of February is as follows: Feliks
8 years
everyone wants that problem, when a draw is bad
Login to Quote