Justice: Thanks Niko, it's been a truly beautiful adventure for me

pompeyblue: Cheers Josh, 1800...goodness knows I never thought I'd make it this far! 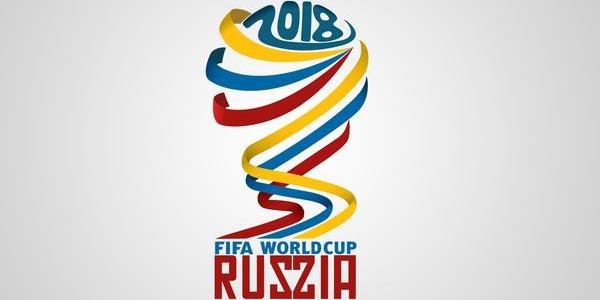 It's been one hell of a World Cup. Undoubtedly one of the most exciting tournaments in history, it has sadly, but at the same time euphorically, come to a very dramatic close. In this article, we'll recap all that happened and fill you in on who won which awards. 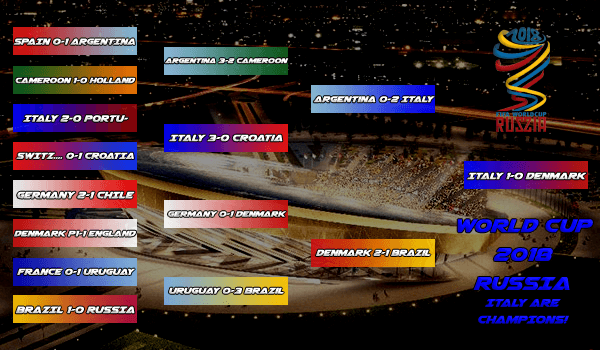 After a Group Stage in which almost every single team favorite to advance did advance, the Knockout Stage certainly had its fill of shocking results. Cameroon's extra time victory over the Netherlands will live long in the memory of African fans, while Denmark's run alone captured the hearts of millions. Beating the likes of England, Germany, and Brazil en route to the final, the Danes had their hearts broken with an 89th minute loss in the final. Argentina finished 3rd with a 3-0 win over Brazil in the third place game.

It was Italy's tournament in the end, however. Not conceding a single goal in the second stage of the competition, the Azzurri's defensive prowess shone through while the attack dispatched each opposition defense with ease. Though the finals took them down to the last minute, eventually Giuseppe Bergomi and his men managed to bring home the trophy. 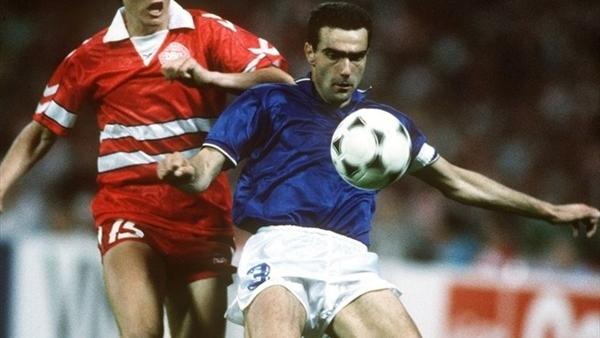 This World Cup was full of new records being set and history being written. In the above image, Itlay manager Giuseppe Bergomi is pictured playing against Denmark in the 1982 World Cup, which Italy eventually won. The legendary Italian is now one of just three men to have won the World Cup as a player and a manager, joining Brazilian Mario Zagallo and German Franz Beckenbauer.

Bergomi's country also tied another record; Italy now joins South American giants Brazil on the podium for most World Cup wins in history with 5. The Azzurri first won the trophy back in 1934 and have since won in 1938, 1982, 2006, and now 2018 to be recognized as one of the two greatest footballing nations in all of history.

The final record pertains to all fans of football, not just Italy fans. Throughout the tournament, a total of 184 goals were scored. The previous record of 171 goals, set in 1998, was easily smashed aside before the semifinals had even begun. All supporters of the sport worldwide were thrilled to see so much attacking football over the course of this summer. 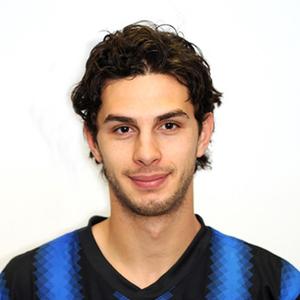 Captain of Giuseppe Bergomi's club side, Inter Milan, central defender Andrea Ranocchia has been chosen as the World Cup's best player and awarded the Golden Ball trophy. The 30 year old, who has made 51 caps for Italy and scored 3 goals in the process, started all 7 games for the Azzurri. Ranocchia earned an average rating of 8.07 (via WhoScored) and kept 6 clean sheets, the Italians only conceding 1 goal all tournament.

"It's a real honor to win this award," said a delighted Ranocchia after the final match. "Obviously the real dream is winning the World Cup, but winning this accolade makes it all the more special in my memories, especially as defenders do not often win this award." 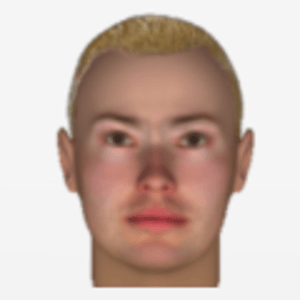 Very surprisingly, another defender won the Best Young Player award in the form of Denmark's 21 year old Per Kristensen. The right back, who plies his trade at the club level for Sampdoria in Italy, started 6 of Denmark's games at the World Cup and received a WhoScored rating of 7.53, pitching in with a goal as well.

Receiving the award at the end of the final, the youngster was visibly crying after the team's heartbreaking, last-minute loss. Eventually, after some consolation from his teammates, Kristensen managed to tell reporters, "It's a nice little accolade, but truly it's meaningless. The real trophy just got away from us." 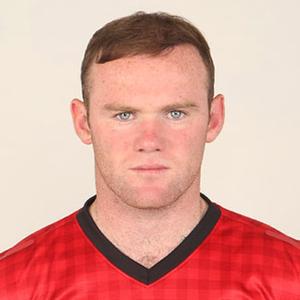 Wayne Rooney, FINALLY, has broken his World Cup duck. Having failed to score at the 2006, 2010, and even the 2014 World Cups, the English captain managed to score 7 times in this tournament to take home the Golden Boot award. The 32 year old Manchester United man, despite his failings at major tournaments, is widely considered an English hero; in a record 150 caps he has scored (another) record 92 goals.

Rooney started all 4 of England's games in 2018, including a brace against Holland in the opening match and a hattrick against Saudi Arabia. A single goal against New Zealand followed, but the Three Lions crashed out in the Round of 16 to Denmark in, you guessed it, a penalty kick shootout. 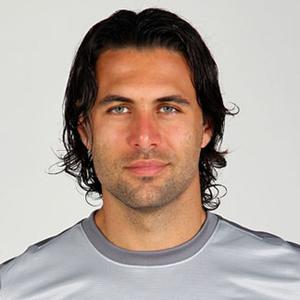 Yet another Italy player won a personal accolade in the shape of goalkeeper Salvatore Sirigu winning the Golden Glove award. The Paris St.-Germain stalwart started each of Italy's 7 games and kept 6 clean sheets, conceding only 1 goal in the game that the Azzurri were breached. Sirigu's win follows in the footsteps of legend Gianluigi Buffon, who won the same award in 2006 when Italy also won the tournament.

After the final match against Denmark in which Sirigu only had to make 2 saves, the emotionally charged shot stopper was beyond ecstatic to receive his award. "We've won it...I truly can't believe we've won it," he told the press, "Everybody dreams about this moment. As a goalkeeper, to take the Golden Glove as well, it's just too perfect." 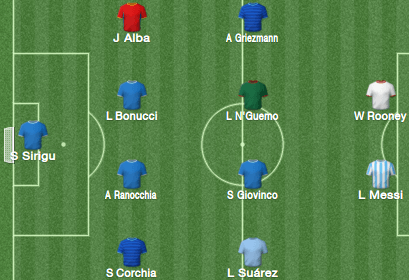 At the very end of this slew of awards is the Dream Team, the best eleven of the tournament. The standouts in this lineup were Golden Boot winner Wayne Rooney, Golden Ball winner Andrea Ranocchia, and French winger Antoine Griezmann, who basically carried Les Blues on his shoulders throughout their World Cup run.

The world's greatest player in history, Lionel Messi, had to settle for this small recognition and a third place award. Shockingly, the likes of Messi were joined by Cameroonian midfielder Landry N'Guemo whose brilliant performances in midfield were perhaps the sole reason Cameroon made the quarterfinals.

Another four years until next time...see you in Qatar.

Coxy
7 years
Congrats on the World Cup mate. So are you going to keep going or is this the end?!

TheMS99
7 years
That bit at the end? Will you continue this? Please do. *Girly man screams*
Login to Quote

Neal
7 years
pompeyblue: Thanks bud, it feels so good to be on top of the world, as you would know

MCox93: I'm afraid to say there's not too much left, my friend

TheMS99: It's not looking likely, but there's still a few updates left 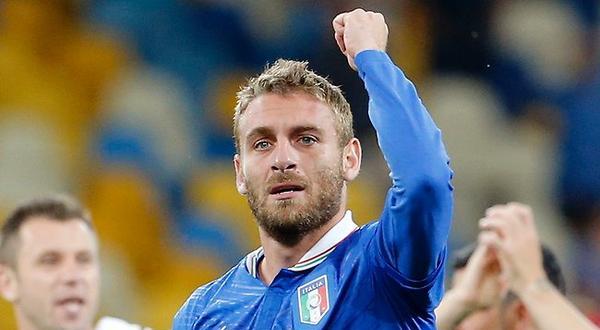 Just days after hoisting the World Cup trophy for Italy, Daniele De Rossi has resigned from his post as Azzuri captain with the assurance that he will remain available for selection.

It's been one hell of a career for Daniele De Rossi. At the club level, he's accomplished so much; two Coppa Italia victories and a Supercoppa Italiana triumph with hometown club AS Roma, and last season a stalwart performance in the heart of midfield for Bundesliga winners Bayer Leverkusen. He was voted 2006 Serie A Young Player of the Year and in 2009 Italian Player of the Year.

All very impressive, but it's on the international stage where we truly see how much De Rossi has achieved and what a glorious player he really is.

For starters, the 34 year old midfielder has the most caps of any player in Italy history with 144, having surpassed the great Gianluigi Buffon's record of 142 during the World Cup. De Rossi has also joined the select group of footballers who have won the World Cup twice, first in Germany 2006 and again now in Russia 2018.

De Rossi had taken over the captaincy on a full-time in 2015 after Gianluigi Buffon's retirement, first leading them to a runners up medal in the 2016 European Championships before triumphing in the World Cup just a few days back.

After all of the success and all of the glory, it seems De Rossi finally has decided that it's time to step down. The living legend today announced his resignation from the captaincy, leaving it open to whoever manager Giuseppe Bergomi would like to appoint. The Leverkusen man did stress, however, that he was not retiring from international football.

"I think it's time for me to stand aside from the captaincy and pave the way for a younger leader to start making his mark on the team," De Rossi told the press. He continued, "There is no better way to go out than on a high like this after lifting the World Cup. I will, however, continue to be available for international selection should Giuseppe continue to want to pick me."

De Rossi has also confirmed that he will at least see out his contract with Bayer Leverkusen, which runs for one more season, until thinking about retirement or deciding on signing a new deal, either with Leverkusen again or moving on to a new league.

Giuseppe Bergomi had nothing but kind words for his international captain, telling reporters, "He is a living, breathing, walking hero. You only find a player who is a natural leader like this once in a lifetime." He went on to hint that De Rossi's days as an Italy player weren't over, saying, "Of course we are sad to see him no longer with the armband, but he will continue to lead us both in our hearts and on the pitch."

Bergomi did not comment on who would become the new captain, though bookies are favoring current vice-captain Claudio Marchisio, who plays for Juventus, or 30 year old Andrea Ranocchia, the World Cup Golden Ball winner who also captains Bergomi's club side, Inter Milan.
Login to Quote

LFC
7 years
Shame, but the time was probably right for him to retire. Be interesting to see who replaces him.
Login to Quote

A fitting way for this story to end.. I think!

Feliks
7 years
What a send-off. Marry me Bergomi

Tallery
7 years
Congrats on SOTM Nala, why do your stories have to be so good?