JasonRM
7 years
Resign from Inter, take the U.S. job when the manager inevitably gets the sack, and win the World Cup with us!

Griffo
7 years
If you still enjoy the save, keep going. I would like to see you focus your efforts into your other stories and get them further along before the release of the new FM.
Login to Quote

pompeyblue
7 years
As much as I would love to see you carry on, it is your decision at the end of the day and I will back whatever you do Nealeo!

Regardless of what does happen, this has still been a truly incredible adventure and I thank you for sharing Bergomi's tales of wonder, in such epic fashion

Neal
7 years
squirmy: "Manage til you die" doesn't quite have the same ring to it

The Madridista: "This country, this club...they are the only things that have ever been a part of my life. I could not leave them for another, not now and not ever."

Griffo: We'll have to wait and see what Bergomi decides

pompeyblue: Thanks Josh, I fully agree in that this has been an amazing journey and that all of your support has been greatly appreciated 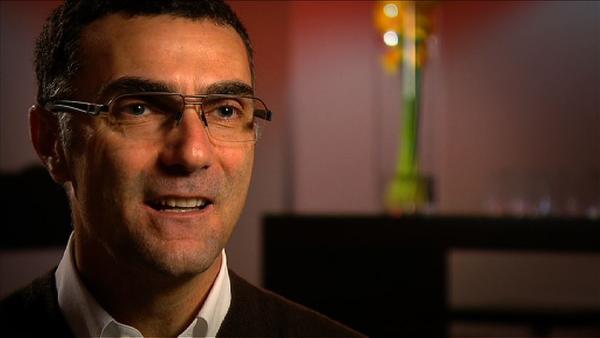 After six years of managing boyhood club Inter Milan along with two years each with the Danish and Italian national teams, football legend Giuseppe Bergomi has officially retired.

Despite only managing for a total of six seasons, Giuseppe Bergomi will surely go down as one of the greatest managers of all time. In just those six years, the legendary Italian took Inter Milan from floundering in mid-table to becoming undoubtedly one of the greatest football teams that the world has ever seen.

Six straight Scudetti alone is impressive beyond belief, but that's only the beginning. Six straight Coppa Italia have been won as well, along with four Supercoppa Italiana, one Europa League, three UEFA Supercups, two Club World Cups, and no less than three consecutive UEFA Champions League crowns in 2016, 2017, and 2018.

On the international stage as well, Bergomi has proven his prowess in his short time in the managerial game. The Inter Milan legend took charge of Denmark after the 2014 World Cup and led them to the semifinals of the 2016 European Championships, slaying footballing giants along the way and eventually taking Die Rod-Hvide to 2nd in the world. After that tournament, Bergomi returned to Italy to take charge of the Azzurri and led them to the 2018 World Cup, having already won it as a player back in 1982.

After this latest success, it seems Bergomi has accomplished all that he wanted and has retired from football altogether, thus resigning from both his posts as manager of Inter and Italy. There has been a massive outpouring of grieving from the fans, but one message rings out louder than the rest; Thank You Beppe, for all that you've done.

Nobody can doubt that the fifty five year old ex-defender is one of the greatest men to have ever graced the sport of football. Having made over 700 appearances for Inter Milan as a player, one of the rare breed of one-club men, and having won trophy upon trophy as both a footballer and football manager, Bergomi will forever be remembered by Nerazzurri fans, by Azzurri fans, and by football fans across the entirety of the globe.

"It has been the greatest honor of my life," said Bergomi at a press conference this morning, flanked by Inter chairman Massimo Moratti and head of the FIGC Giancarlo Abete. Visibly tearing up, the legend continued, "I will never forget these years. I spent so long with both Inter and Italy as a player, and now to live through all the success again as a manager...I am truly blessed. With all the fans, with all the players, both with Inter and Italy we have risen to the top of the world. Even now, as I complete my journey, I feel like a King."
1
Login to Quote

Tallery
7 years
sad times, will go into a corner to cry myself to sleep
Login to Quote

Zed
7 years
no pls no
Login to Quote

pompeyblue
7 years
pompeyblue - " it is your decision at the end of the day and I will back whatever you do Nealeo!"

In all seriousness, words cannot describe how incredible this story is and I have to say well done for all of Bergomi's achievements. Going back onto the story, what am unbelievably epic adventure this has been, which truly is one of the greatest, if not the greatest story on the site.

I don't think you need telling how much I admire you as a story writer Neal, and how much I have loved reading this story. Long live the King. The King of Calcio.
Login to Quote

Oh wait... Is this my cue to join the cheese fest of comments saying how amazing you are? Awesome story, awesome plot, awesome manager, awesome subplots, awesome subplots of subplots, just all-round awesome really! That's the extent of my praise. I must leave now before I drown in mozzarella.
Login to Quote

I'll be the first to admit I didn't comment enough, and I became active after this story starting hitting the heights it has, but I'm going to try and repay you with one big, tl;dr one

Nealão, I think it's safe to say this has been one of, if not THE best story to ever grace this site and the updates never failed to impress. The consistency of quality throughout every single update means this goes down as one of everyone's all time favourites.

Normally, when you win everything - it gets boring. Not with Nealão, you always have this way of making every single match report or monthly update seem important and the writing flows effortlessly, something I really, really envy

As for your in game achievments, well, that's another thing really. Inter, in real life a club I have a passion for, are slowly falling apart and falling in the shadows of Juventus, Roma among others. Under your tutelage and management, you have single-handedly brought them back to the pinnacle of the footballing world and replicated that success season after season.

And also your achievments with the Azzurri... what is a more fitting way to end the story than to win the greatest prize of all: The World Cup!!!

Despite us not getting to see a shit ton of amazing regens (bar Rogerio and the right back with better finishing than ex-Blackpool striker Nathan Tyson plus many more ) everyone still made an attachment with every Nerazzuri player in your story and that is down to your writing.

I'll wrap this up here, good bye Bergomi and thank you for writing this Nealão, one of the greatest there is!!!

What Walter said.
Login to Quote

Feliks
7 years
Today we mourn the tragic loss of Giuseppe Bergomi, killed by his husband Feliks Zemdegs as punishment for retiring and ending the greatest story in the history of FM Scout.
Login to Quote