Justice
8 years
Great signing, I hope he does the business!

Me too. I hope his last season with us, we can finally win that CL 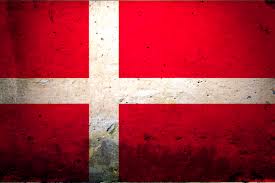 After Denmark's World Cup campaign, long serving manager Morten Olsen retired from football management on July 14th. He finished his career having taken his Danish side to the quarterfinals of the World Cup and taking them to as high as 7th place and leaving them in 10th after Brazil 2014.

The Danish FA moved quickly to fill the position, looking at a number of high-profile candidates to take on the role. On the 16th, Inter Milan boss Giuseppe Bergomi shocked many football fans worldwide by declaring interest in the job and saying that Inter would allow him to stay on while managing an international team. The Danish FA quickly offered a contract, and Bergomi officially became Denmark manager on the 18th of July.

The Danish FA posted a statement on their wesbite, which read:

Current Internazionale boss Guiseppe Bergomi will be the new manager of Denmark following Morten Olsen's retirement. He has won 6 trophies in 2 seasons at Inter, and we hope he can continue in that vein of success here in Denmark. Bergomi will continue to manage Inter while also managing Denmark.

Bergomi himself also spoke with the press about this development, saying, "I am very happy to take my first step in international management. I hope I can bring a lot of success to Denmark over a long period of time. I will be studying Danish and I will learn quickly, but I think we will be perfectly fine even before I can speak it as football is a universal language."
Login to Quote

Justice
8 years
Congrats on getting the Denmark job!

Neal
8 years
Thanks you two, I am pumped about managing the likes of Eriksen, Lucas Anderson, Bendtner, etc.

Great winnings, in Italy and in Europe. Very unlucky in the Champions League final. But sure you will won this one too very soon.
Good luck at Denmark, shouldn't be easy.
Login to Quote

Great winnings, in Italy and in Europe. Very unlucky in the Champions League final. But sure you will won this one too very soon.
Good luck at Denmark, shouldn't be easy.

I had the option of going to England or perhaps Brazil but chose Denmark for the challenge and hopefully eventually making them a world superpower. Thanks for reading

Neal
8 years
Sorry about the lack of updates, lots of football IRL, will be updating today or tomorrow

Toon
8 years
Great job getting Denmark. 10th in the rankings is good.
Login to Quote

I must have read that wrong.

It was a fantastic start to the preseason for us, as we managed to destroy our opposition. Jeonbuk especially crumbled before us as we put 7 past them. Ademilson has also been in fantastic form, scoring 5 goals in 3 games. I can only hope this continues in the season proper. I have only revealed the first half of my preseason due to my first game in charge of Denmark, which will occur in a few days. I am excited to finally manage internationally!
Login to Quote

Justice
8 years
Great set of results, this will be a good year!

In what has come in a surprise to many Danish fans, not a single player in new manager Giuseppe Bergomi's first ever Denmark squad plays in the Danish league. Bergomi has come under some criticism for this, though many experts have decided that the squad was indeed the best available.

"I choose who deserves to play for the national team, I do no favors to those who play in Denmark. The best players on the best form will play," said Bergomi to the press after the squad was revealed. Denmark will play Slovenia in a friendly at the Parken, in Denmark, on the 13th. 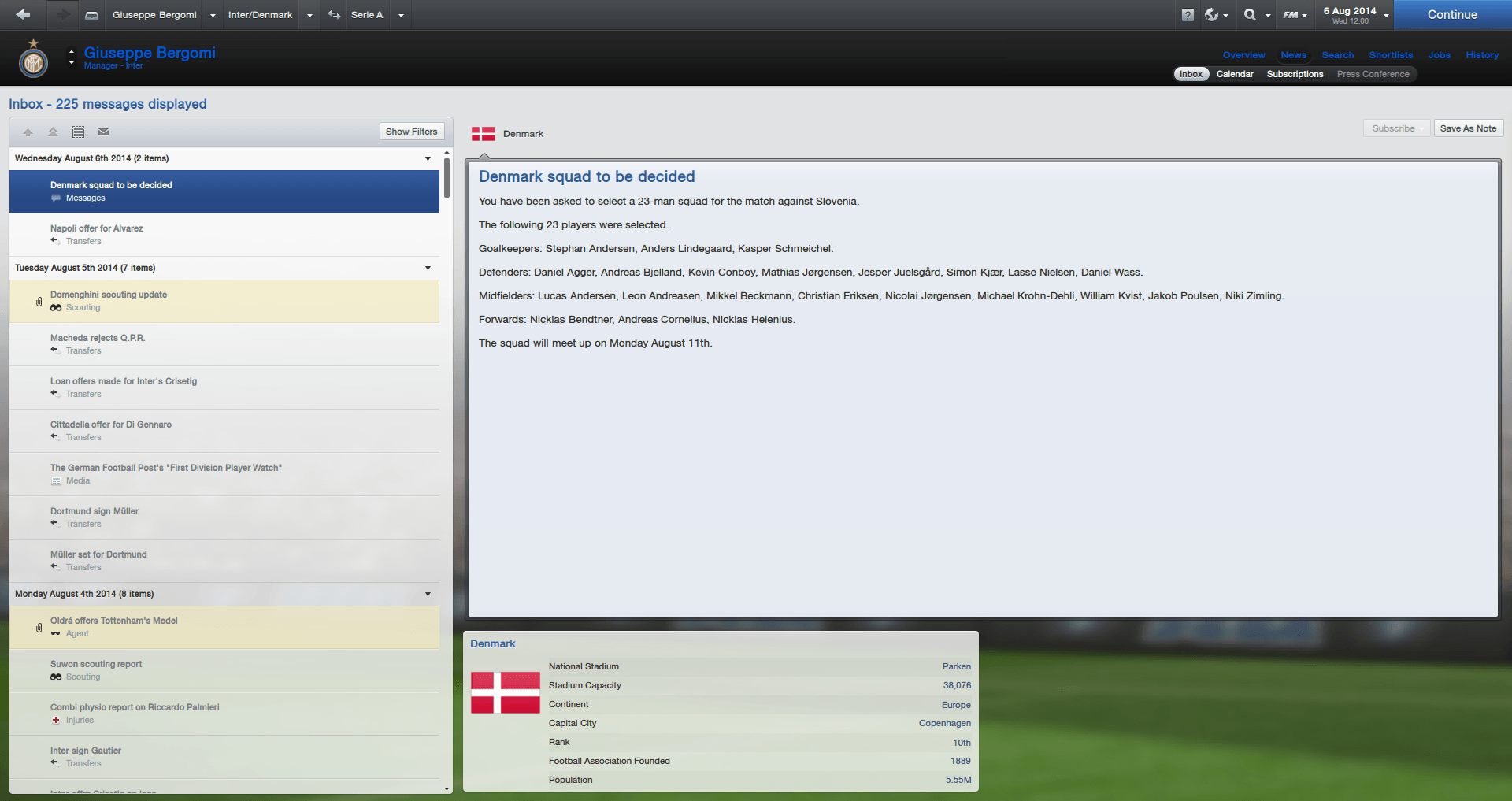