If he did he wouldn't put so many in the side. You don't want them picking up an injury or more likely losing fitness.
Login to Quote

Neal
8 years
Pauker: If I favored Inter, I'd be calling up the likes of Bellusci as well

Jozef: I never play my players that long for this very reason

EGYPT SWEPT ASIDE BY RAMPANT ITALY 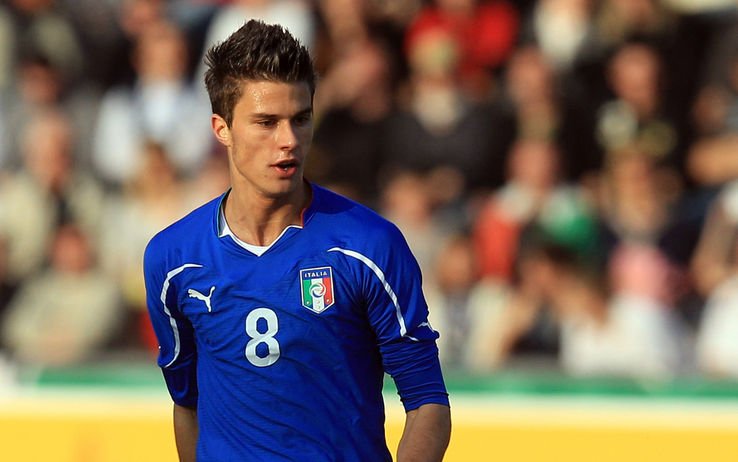 When it was revealed that Italy would host the Egyptian national team at the Stadio Olimpico, almost everyone was certain that the Azzurri would walk away with an easy win to boost morale ahead of their upcoming four crucial World Cup Qualifiers. Giuseppe Bergomi's men did not disappoint.

The first half was relatively quiet as the front three of Borini and Insigne with Bonaventura in behind them failed to create any real chances. The Porto striker Borini managed to smash one long range effort off of the post, but his midfield failed to really control the match and create any clear scoring opportunities.

At half time, Sebastian Giovinco, Lorenzo Crisetig, and Mattia Destro were introduced, and the match was turned on its head. From there on out, the Italians dominated every facet of the match, ending with 62% possession and 25 shots to Egypt's 5.

Shortly after the break, Lorenzo Insigne started off the scoring by tapping in Mattia De Sciglio's deadly far post cross, and from there Bergomi's side never looked back. Over the next five minutes, Insigne and Crisetig both saw shots tipped onto the bar by Egypt's number 1, Saief El Ogeily, and Leonardo Bonucci saw a thundering header roll just wide.

Close to the hour mark, however, Lorenzo Crisetig scored his first goal for his country in his fifth cap, a powerful header from Inter teammate Andrea Poli's corner kick. The 24 year old midfield maestro in the making looked delighted and celebrated with a kiss of the Italian badge and a hug with Giuseppe Bergomi on the sidelines.

With time ticking away, Mattia Destro scored a smart third goal after being slipped in by Inter teammate Lorenzo Insigne. The two-time Serie A Golden Boot winner clipped the ball right over the onrushing El Ogeily to seal the Italian victory in style.

"It's a really amazing feeling," said Lorenzo Crisetig after the match. "When you're a boy you dream about pulling on that Italy shirt and scoring for your country, and it feels truly spectacular to live out that dream."
Login to Quote

Jorks: Thanks!
Login to Quote

Neal
8 years
Pauker: PSG in the UEFA Supercup and then Slovakia and Andorra in World Cup Qualifying 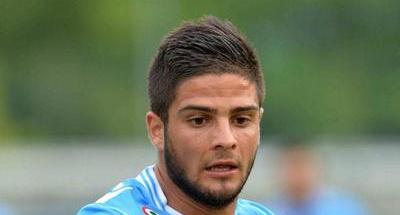 After a scintillating start to the season in a strong 2-0 win over Milan in the Supercoppa Italiana, Inter Milan looked set to win a second supercup to kick off the season against Paris St.-Germain in the UEFA Supercup. This annual curtain-raiser on European continental football pits the winners of the Champions League and the Europa League against one another.

Inter manager Giuseppe Bergomi surprised some people by starting neither Mattia Destro nor Ademilson as the lone striker, instead opting for last season's main man Lorenzo Insigne, who often deputized for the two stars due to their injuries.

Oil rich PSG managed to put up a strong first half against Bergomi's two-time reigning King of Europe Inter Milan. Both teams played with three central midfielders and stifled each other in the center of the park, and it seemed the two sides would go into the break level and chance-less.

Rogerio, Inter's new record signing, however, showed his quality once again by turning the game on its head. Andrea Poli did well to win the ball back from Marek Hamsik and quickly passed to the Brazilian superstar. Rogerio wasted no time in floated by Nianggolan and Khedira before chipping the ball behind the Paris defense to Lorenzo Insigne. The diminutive Italy international made no mistake in slotting the ball home; 1-0 to Inter.

In the second half, the two teams continued their tough midfield dogfight. The introductions of Maher for Inter and Wijnaldum and Lucas Moura for PSG did little to shake things up. After about an hour, Raheem Sterling burst down the wing and thundered in a cross for Insigne to try and double his tally; he was, however, very well denied by fellow Italian star Salvatore Sirigu.

Time eventually ticked away, and PSG hardly troubled the impenetrable back line lead by captain Andrea Ranocchia and youthful Brazilian Emerson Luiz. The match finally ended with Inter taking home a slender 1-0 victory and their second trophy of the season.

"PSG played very well and made it tough for us to keep possession, but in the end we managed to get that winning goal and hold on," said the captain and man of the match Ranocchia after the game. "The Supercup is perhaps a smaller tournament but it is very good to start the season with trophies, and we hope to end the season with trophies as well."
Login to Quote

Jer
8 years
Totti, where art thou?
Login to Quote

Justice
8 years
If you don't buy Bendtner, I shall never read this again!
Login to Quote