Hannover host Italian giants Inter in the Europa Group stage. Inter have had a mediocre year in the Serie A looking to get back on track by placing top four. This should be taken lightly though. While Inter have been average at best in their domestic league they have been formidable on the international stage. Smashing their way through the qualification rounds and opening the group stage against Newcastle with a 2-1 win.

All eighteen Bundesliga teams were in action this weekend. With the best showings at Gladbach and Wolfsburg's home grounds. Gladbach pulled off the unthinkable. Favre, Gladbach manager has been able to keep his squad in amazing form sitting just under AC Milan in their group in the Champions League and sitting pretty in 5th under their opponents Bayern Munich. Gladbach welcomingly took Bayern to their grounds and dominated the game from the start taking the three points after winning 2-0. Wolfsburg and Hamburger SV went at it with the game going back and forth with the final scoring ending 2-1 to HSV.

Louis O.
9 years
The EL group looks tough but you can handle it! UCL next year?
1
Login to Quote

Yeah it is a little! and Hopefully

Odjidja's start at central German club Hannover 96 has been best described mediocre at best. His natural fitness has been the culprit in his mediocre performance in the club so far. At only 23 though the stocky Belgian from Ghent has lots of time to improve. Although with Die Roten pushing for the Champions League Odjidja will have to step up his game if he wants to remain at the German side. With word that Zeeb is interested in Corinthians Paulinho a major rumour spreading around the clubs sites and fan base.

Many wonder who Paulinho could replace. Some have said Vadis and others say the ever aging Sergio Pinto. Either one Vadis will have to step up his form if he wants to remain where he is now. Odjidja has kept to a mere 6.74 rating in his career at Hannover.

Despite all this the 23 year old has still managed to impress his national teams manager, Marc Wilmots. As he has represented his team this year twice. An impressive fate for a young player in a nation filled with talented central midfielders. The likes of Moussa Dembele, Marouane Fellaini and Axel Witsel. 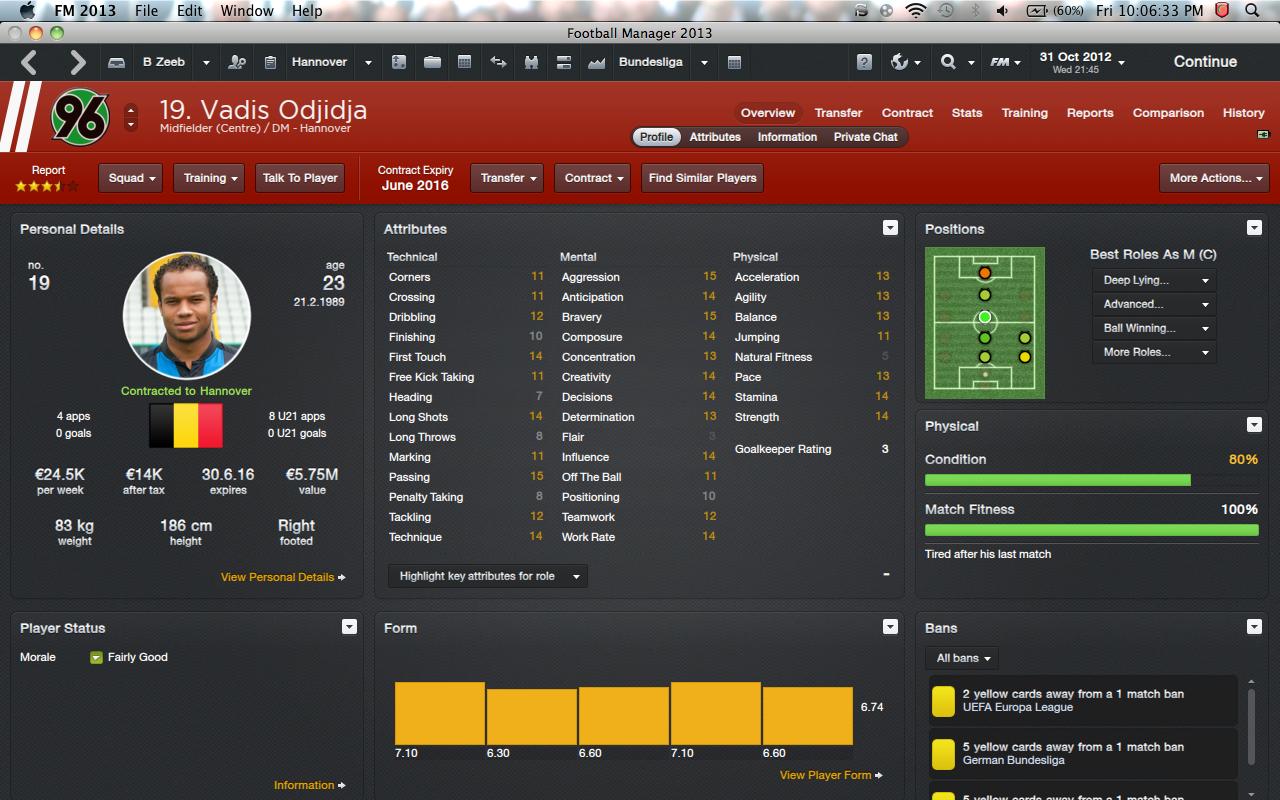 Hannover's form has been disappointing lately. Consequently fans are starting to question whether Hannover can truly make it to the Champions League. With their tie against 1860 Munich tomorrow we will see whether they can carry their bounce back after the Nurnburg game. After the German Cup fixture, Hannover face Frankfurt then the Italian side Inter in the Europa hoping to redeem themselves after their first fixture with the Italians they have a point to prove. Following this Hannover play Hamburger SV.

JasonRM
9 years
Fantastic win against Inter, perhaps UCL football is on the cards next year after all!

Rablador
9 years
Pretty solid start, Hannover are not an easy team to manage

You are telling me

that made it pretty easy at first, but still need work
Login to Quote

After playing Hamburger at home last week. Hannover went to the Allianz-Arena in Munich to face FC Hollywood. Bayern haven't had the best of seasons so far. Especially after the pundits expected a fight back after last seasons loss to Dortmund for the Bundesliga title. Though a win against Hannover would move them up in second place just below the Dortmund, provided over-achieving Freiburg lose against BVB. Hannover will be looking to revitalize the form that they held onto at the start of the season. Unfortunately for them, their current fixtures have been against teams that would make it difficult to find form.

Sadio Mane has to be confirmed as one of Hannover's brightest stars. At the young age of 20 Mane is known as one of the worlds up and coming left wingers. This may all be true but, Sadio hasn't produced what has been expected of him as of yet. When arriving at Die Roten it was speculated that Sadio would perhaps kick Huszti out of his regular postion in the starting XI, quicker than he would have liked. This hasn't happened. Mane instead has been rotated with the Hungarian and in most cases is the second choice to Huszti.

There is no doubt that Sadio will become a major piece in the Hannover machine once he develops but, his lack of experience has been his major fault in pushing for a regular starting position. Expectation surely doesn't help Mane's position as before and after the Senegal transferred from Salzburg most fans were raving about how promising the player is. Not to mention the ribbing that he got for being allegedly Beno Zeeb's second choice to Ghanian star Christian Atsu.

Through this Hannover fans can only hope that sometime soon Sadio Mane will find his feet in Zeeb's system. We look to see him play in Hannover's next fixture against Moldovan team Sheriff in the Europa league this weekend. 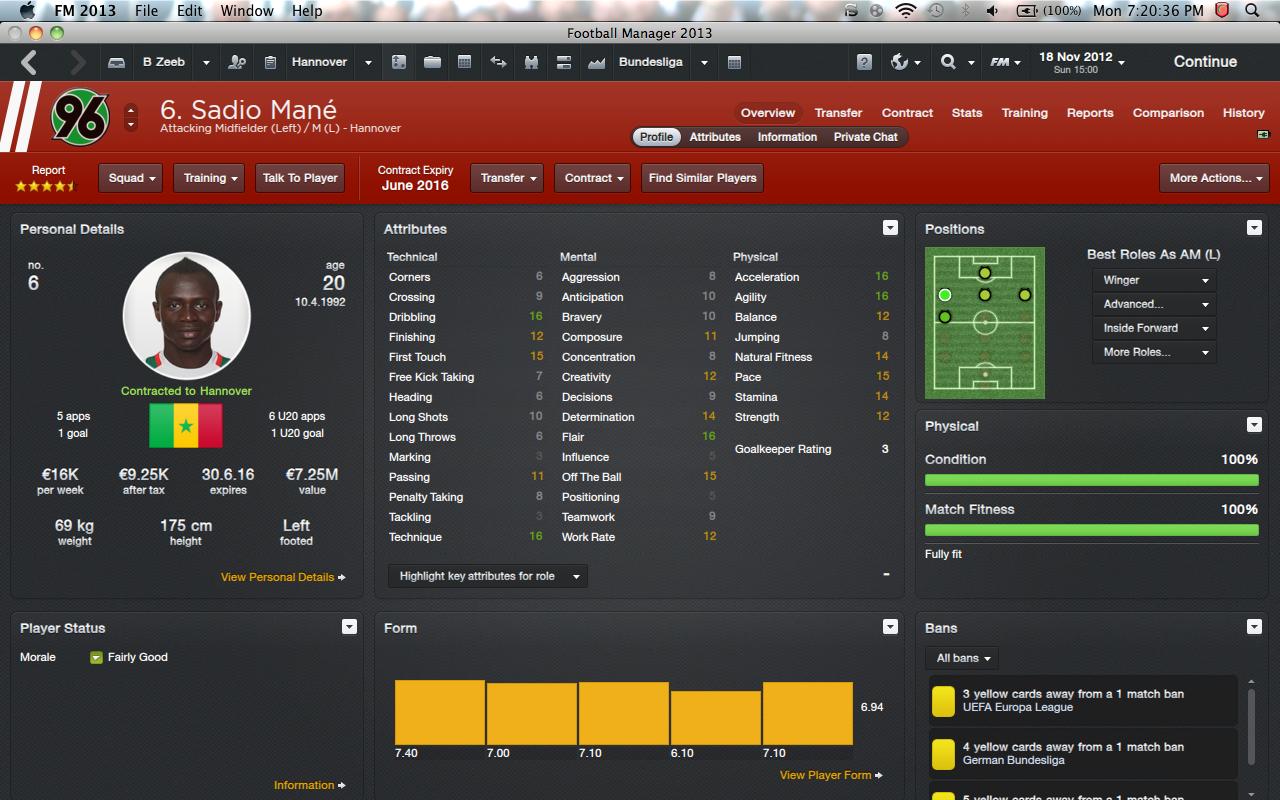 Thanks man
Login to Quote

Another bounce back on Zeeb's cards? 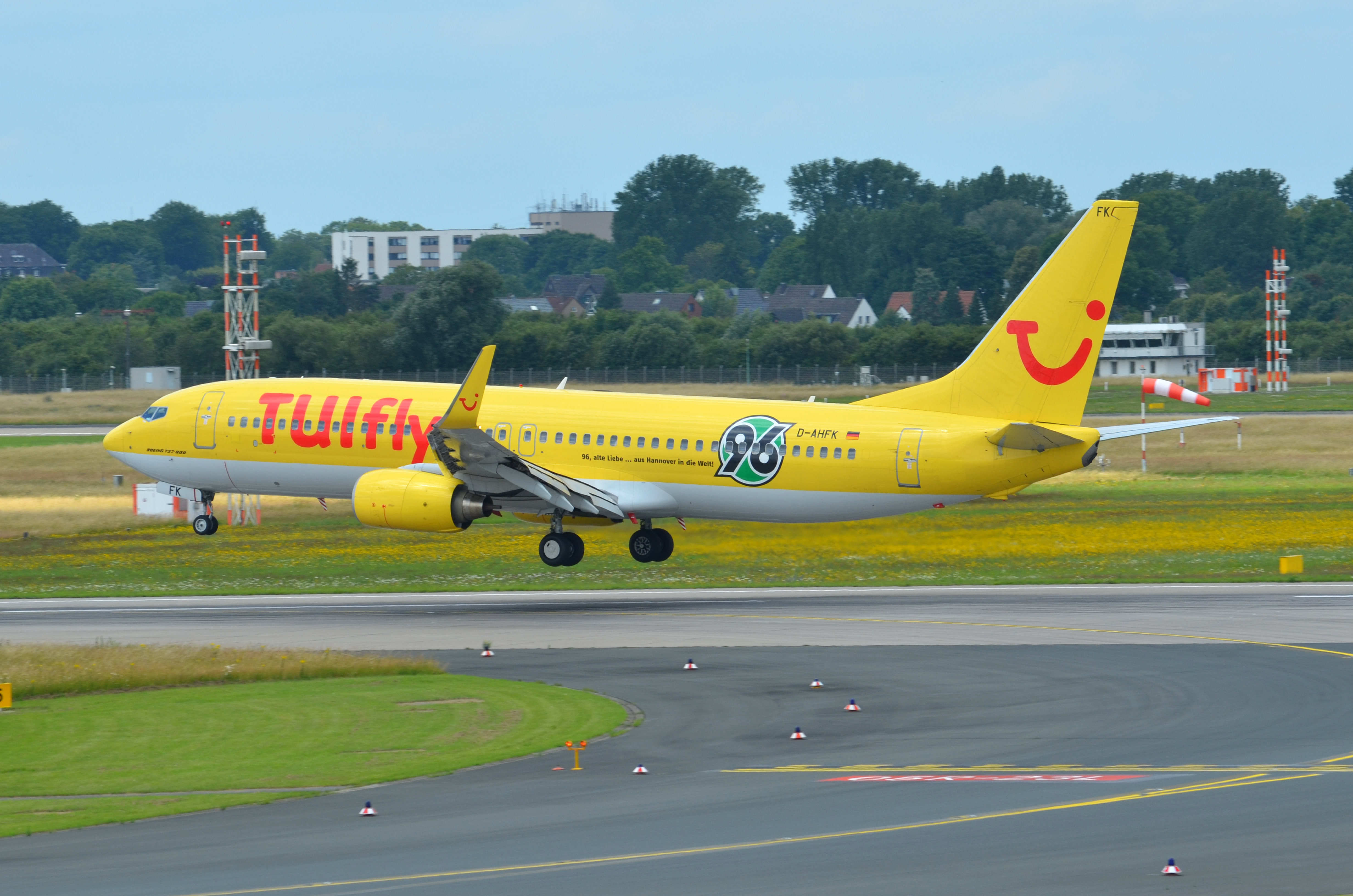 Hannover head to Moldova this weekend to face off against Sheriff. The first time these two sides met was back in September at the Europa league group stage opener. Hannover handed the Moldovan's a 4-0 beating. Along with this Hannover will be anxious to get back on track after a slight slump in form. Following a loss away at Die Bayern a week ago. Zeeb does have to keep in mind though that his side plays Gladbach in the Bundesliga three days later.

In recent times Beno Zeeb's men, Hannover 96 have been to put it bluntly a disappointing show. After losing to the Bundesliga's two super powers it truly showed the wind taken out of Die Roten's sails, following a truly inspiring start to the Bundesliga at the start of the season. Which incidentally marked Zeeb's first plunge into the life and career of a manager. Since those few morale breaking results Zeeb's men have been able to find stability. Getting back up on their feet after beating Sheriff. They look now to win their next set of fixtures against Gladbach and Wolfsburg.

After Hannover's game against Gladbach. Hannover winger was awarded 'Player of the Week' by Bundesliga officials. After his strong performance against Die Fohlen there is no wonder why he got the award.