Lucas
9 years
Nice update pal, can't wait till the next one.
1
Login to Quote

Nathaniel
9 years
Thanks to everyone who has commented and wished me well on this epic journey.

Altreidas - We HAVE to get that trending!
Login to Quote

Kane
9 years
MIKE HUNT! MIKE HUNT! Everyone will get to see Mike Hunt in action soon, playing them balls perfectly!
Login to Quote

If you know what i mean..
Login to Quote

If you know what i mean..

If you know what i mean..

Well, you seem to know what I mean...

Mohamed
9 years
Amazing start! Story is quite amazing and full of action, can't wait for the next update
1
Login to Quote 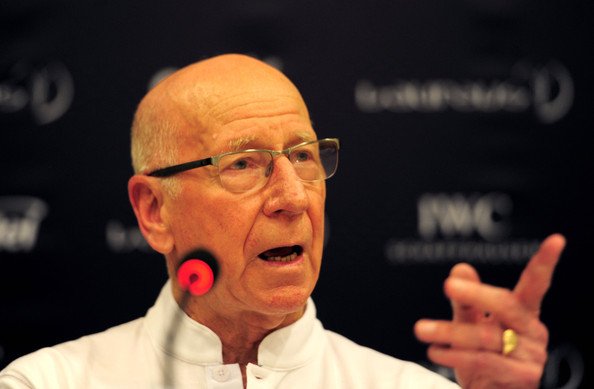 Despite all his many years of experience Bobby Charlton was nervous. He was nervous for numerous reasons. Firstly because he was going to have to stand up in front of potentially millions of people and unveil his new team. But he had stood up in front of people and talked before, so that wasn't the real reason. Also he was nervous about the fact that he may stutter over phrases or mispronounce a word. But again he had done this before and had never ever made a mistake. No, it was the other factor that was playing on his mind. Memory Lane was a dark avenue and he hoped that he didn't have to go down it. He hoped none of the media asked him if this was his attempt at re-creating the Busby Babes. He wasn't, was he? No, he had decided to do it in memory of the Busby Babes but he was NOT trying to re-create them, the thought brought a tear to his eye. No this team would be even better, even stronger. This team were going to be champions of England, Champions of Europe and Champions of the World. He looked at the clock. 3 o'clock. Time to roll.

Bobby entered the media centre to rapturous applause. The journalists were on their feet as they gave him the kind of ovation that is incurred after a top class opera singer hits all the high notes or a legendary footballer is substituted after having a superb game. Bobby beamed with delight as several familiar faces came into view. Most of these journalists he knew well and knew their style, however there were a couple of young whippersnappers who he did not recognise. He sat down in a reasonable chair, not leather but not wooden either. He prepared himself mentally, physically and emotionally for the barrage that was about to be directed his way.

FJ - So Bobby, your team has been chosen out of about approximately 300 applicants to fill the vacant spot in League 2! A fantastic achievement! Could you just sum up how you are feeling right now?

BC -I feel fantastic! But firstly I would like to take this opportunity to thank the PFA for allowing my team to join the football league and not forcing us to have to start form the Blue Square North. It is evident that they can see that this team would breeze that league and are just far too good to be in a league that low down the pecking order. Also, on the topic of the team, I think FMSU is destined for success. The squad as you know is a community of football fanatics, Mike Hunt being the pick of the bunch, look out for him, he can finish! I assure you in 10 years time I will be standing right here in this media centre with a Premier League trophy at the very least, if not even European accolades as well.

FJ - There has been much gossip and rumours about who you will choose your manager to be. Have you got anything to say on the topic?

BC - I don't really want to delve into too much detail on that front but I can tell you that we will be breaking the record for the youngest ever professional football manager.

UJ - Interesting Sir Bobby! Anyway I was wondering if whilst you were coming up with this team, did the Munich air disaster and the death of such promising footballers, in which you were one of the only survivors, help you come to your decision?

BC - Of course it's always there in my mind but I am not trying to re-create the Busby Babes. Not at all! What I am trying to do is breathe life into a football team instead of the deaths that they cruelly suffered. This team WILL emulate the Busby Babes and....*tears formed in his eyes*....I'm sorry.... *dabs eyes with handkerchief*....where was I, yes, I aim to emulate the Babes success and commemorate them with one of the best football teams the world has ever seen.

FJ - Thanks Bobby, I really wish you the best of luck with his new football club of yours and I will hold you to that promise of at least one premier League Trophy in the next 10 years, or else you owe me a drink!

Bobby left the media room and was met by his wife Norma.
"You did great Bobby" she said comfortingly.


Bobby knew otherwise. The way he had broken down in front of so many people was unnatural for him, he just didn't do that. Anyway he was determined to come back stronger and he promised himself it wouldn't happen again. Next the small matter of filling a vacant managerial spot.....
Login to Quote

Great update again, this has real potential
1
Login to Quote

Rablador
9 years
Nervous, Bobby? Why didn't you say, I'd be happy to let you get pissed with Moe Lester before the press conference to....er.....ease the nerves

Stocke
9 years
Can't wait for the next update!
1
Login to Quote