Caelis
9 years
idd great start can't wait to so the screens of the players attributes and team stats :-p
Login to Quote 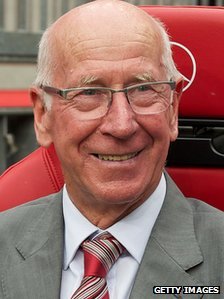 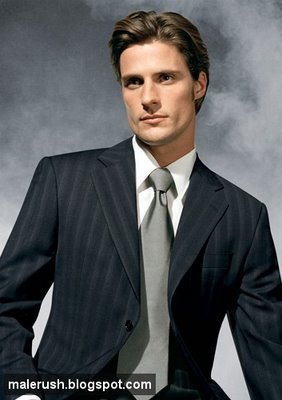 Bobby Charlton was waiting. He was waiting in one of Britain's most luxurious and expensive restaurants, where a salad cost more than most people earned in a month. But Bobby Charlton wasn't most people. He could afford this luxury, as could the young man he was about to meet. The other man stepped out of his Limo and walked into the restaurant. As he entered, his suit pristine, heads turned, gazing longingly at this handsome young man, who had a real swagger about him. He sat down next to Bobby and they exchanged a brief "Hello". Bobby then decided it was time to get down to business and offered the young man a deal.

"Right so basically, I want you to manage my football team" said Bobby Charlton. "The written contract and all of that will come at a later date but right now I want to know if you are interested?"

"Yes Sir Bobby I am most definitely interested, I want to manage this football team, I will bring this team success and I will stay at the club and be a loyal servant to this team" replied the man in a smooth manner.

"Great! Just a few questions before I confirm your place as manager of my club, Firstly, Do you have an extensively wide football knowledge?" questioned Bobby.

"Yes I do. I know everything football from the Champions League Final to the Relegation play-offs of the Algerian third league. If for this club you want somebody with a knowledge of football, then I am second to none."

"Okay, good! Next do you believe you can help this team achieve the targets of which I will set extremely highly?" queried Bobby

"Yes I do, as I have aforementioned I have an incredible knowledge of football. I know when to use which formation and which sub to bring on at which precise moment. I know I can achieve your goals despite not having the experience of other mangers, as I believe youth is the future."

"Fantastic! Finally, do you believe you are the right man for the job? Sell yourself to me."

"Of course I am the right man for the job! I am a tactical genius, determined individual, tremendous motivator and I can work with both Youth and Older players. Overall I am the man who can bring the "FMSU" to glory."

"Thank-you, that will be all for now, I will contact you within a week with the contract offer, which will include a big wage and also a clause that if we are not in the Premier League by 6 years then your contract will be permanently terminated, just so you know."

The man got up to leave and was about to go out the door when he felt someone tap him on the back. He swivelled around with lightning quick reflexes and got into a stance that suggested he was ready for anything.

It was only Bobby.
"I was meant to say, due to your tender age do you want to play for the team as well? I've heard you are a really special player!"
"That would be ideal" said the man, still unsmiling, and he left.

Bobby returned to his chair to mull over the landmark that had just been set. His team had a manager. A proper manager! The dream was going to come to fruition. FMSU was going to be successful. They were going to cultivate the next generation of players into superstars. Bobby was excited. His team were going to win the Premier League. All with an 18 year old unknown at the helm....
Login to Quote

Jack
9 years
Great update, can't wait for the next one

JLOO : Thanks! Should be today

TSO : Thanks, they will be soon
Login to Quote

RandydeB
9 years
Things are getting interesting

TheMS99
9 years
The sense of intrigue around this story is brilliant. Can't wait for more

Nathaniel
9 years
Thanks mate! Glad your enjoying it!
Login to Quote

He sat in the car. Palms sweaty, hands shaking. He had never got up and spoken for more than 5 minutes in front of people before today. Now he would have to speak to the members of the media, in what was likely to be a packed press conference, and the potentially thousands watching from home. He wasn't used to this at all. But he had gotten the job as manager of the FMS United. The first ever manager of said club. He would not let down Sir Bobby. Not a chance. He was going to take this team from the depths of League 2 to at least the Premier League, maybe even Europe. He was confident in his ability, very confident. But he just wasn't good at speaking in front of people. He saw his agent jogging over to his car. It was time. He unfastened his seat belt and got out of his Limo. Time to take on the world...

"And now, please welcome, our first ever manager of FMS United. It has been the best kept secret in the history of the Premier League. Here he is.... Mr Nathaniel Mair!"
He walked out into the limelight. He caught whispers of "He could hardly even have left school" and "Boy, he's young isn't he?" from some of the Journalists. He felt his face burning, red hot with embarrassment as he walked to his designated seat and sat down, opposite the Media. He was ready for the barrage.

J1 - "So, Nathaniel, how does it feel to be the first ever person to be appointed manager of FMS United?"

NM - "It feels absolutely fantastic! I would just like to say how privileged I am to be representing Sir Bobby Charlton, who is a man I really respect and admire! I also would like to assure you that I will bring this club success!"

J1 - Obviously, questions will be asked about whether you have the experience to undertake such a job at the tender age of just 18? Do you think you can prove the critics wrong and show the world that age doesn't matter in Football Management if you have ability?"

NM - "Well obviously I do think I can prove the critics wrong else I wouldn't be sitting here! But I see where you are coming from. However I assure you that my age will have nothing to do with my success or failure in this job. It will be my ability that will be the determining factor and I know I am able to undertake this challenge and make this club a force to be reckoned with."

J2 - "I would just like to briefly ask, how are you going to juggle your school commitments whilst managing this club?" *said with a wink*

*Rumble of Laughter from all Journalists*

NM - Haha, well it could be a problem, you know! Hopefully the teachers will be a tad more lenient towards me!" said Mair smiling.

J1 - Haha, very good Nathaniel, lastly what do you hope to achieve in your time at the club?"

NM - Well there are a lot of things I would like to achieve if I'm honest. However I am concentrating all my energy and mind on winning League 2 and after that we will just take it as it comes"

J1 - "Thank-you for your time Nathaniel!"

Nathaniel got up and left. He walked briskly through the doors and out into his limo. The Fan Base of FMS United, which currently consisted of one old man who had previously supported Chesterfield, came towards him. He tapped Nathaniel on the shoulder and handed him a note. Nathaniel looked at it, it read :
"Boy, I have faith in you."

Nathaniel looked up quickly but the old man was gone, he had vanished into a crowd. Nathaniel looked over the crowd trying to find the man but could see no sign of him. He turned round and got into his Limo. On the way back to his house though he couldn't stop thinking about the old man, the intrigue of the message, from somebody he didn't know kept eating away at him.He thought about it but was absolutely sure he had never met him, yet there was something familiar about him. Who was he?! He would find out in time. But first he had a squad to assemble...
Login to Quote