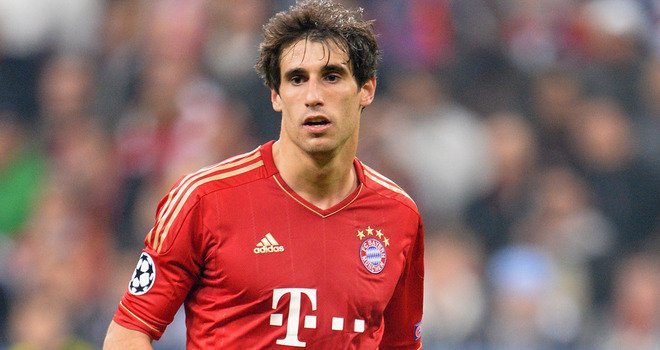 Bayern Munich midfielder Javi Martinez is reportedly homesick in Germany and seeking a way back to Spain.

The Spaniard, who once again saw his team fail to dethrone Borussia Dortmund in the Bundesliga, has become unhappy with life in Munich and is likely to press through with a move away from the Bavarians.

This isn’t the first time Martinez’s unhappiness has been made public after he almost made the move back to Athletic Bilbao last season before Bayern Munich priced his former club out of a transfer.

Amongst the likely clubs ready to give Martinez an exit route are Real Madrid, Barcelona and Athletic Bilbao as well as Paris Saint-Germain who’ll be a hoping an irresistible offer can prize away the 26 year old.

However, any fee deemed reasonable by Bayern Munich is expected to be in the excess of £45 million if they decide to accept any forthcoming bid.
Login to Quote

wellsy1498
9 years
OOOOO He was my best player at Bayern for me and his value shot up. If you could sign him you would be a big force

Arvind
9 years
45m is a ridiculous price for any defensive midfielder but seeing that Martinez is one of the game's best - and the only one you can get - I'd say he's a must have. Splash those $$$!(unlike Arsene)
1
Login to Quote 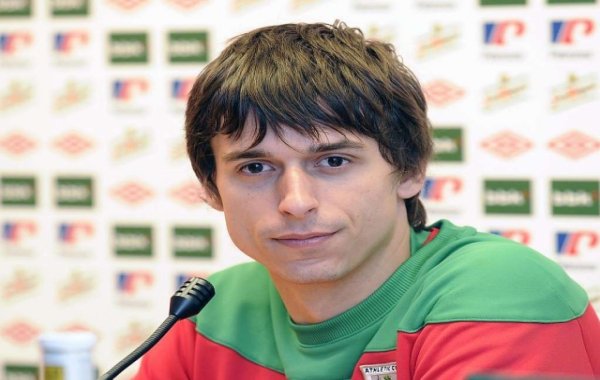 It is believed a bid in the region of £14 million was offered by Barcelona but the Basque club rejected it in hope of cherry picking Iturraspe’s destination.

The news was confirmed by ‘Los Cules’ president Sandro Rosell who hopes to find a happy medium with Bilbao over the deal.

“Iturraspe is a player we have looked at extensively and offered. I can confirm our bid was rejected and we will respect Bilbao’s stance on the deal.

“We will look to make an improved bid if the opportunity arises but I can’t promise anything at the moment. We will take our time out of respect for Bilbao as we understand this is a delicate situation for them.”

Barcelona are expected to return with a bid as Real Madrid, Napoli and Arsenal also look set to enter the race for Iturraspe’s signature.
Login to Quote

JasonRM
9 years
Ooh, maybe you could get even more for him? Or maybe he'll stay. Anyway, Javi martinez would be a brilliant signing, maybe sell Iturraspe to try and get him? Keep up the good work! 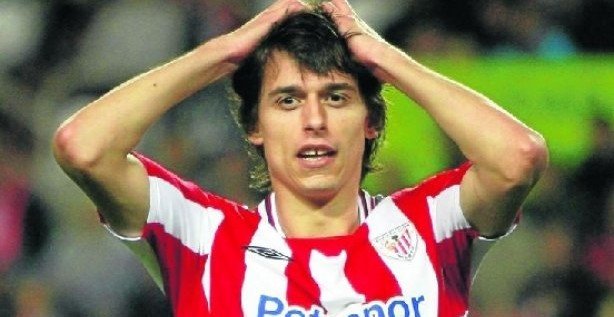 Ander Iturraspe has revealed his discontent at Athletic Bilbao over the decision to reject a £14 million bid from Barcelona.

Barcelona were hopeful something would materialise but Iturraspe is unhappy at not being able to talk to the La Liga champions.

The midfielder, who has returned for pre-season, has been ordered to train alone while Bilbao aim to bring an end to the transfer saga but Iturraspe is far from happy at being isolated.

“I cannot train on my own for much longer. This is not me. I feel vilified working on my own and urge the Bilbao hierarchy to organise me a deal quickly.

“I’m upset I’ve not been able to talk to Barcelona. It would be a dream to play for them and although I may know why the bid was rejected, I think the way Bilbao has acted has been selfish.

“I felt the offer was adequate and I can’t believe they have resorted to rejecting such a great bid but I also can’t see them keeping an unhappy player like me for much longer.

“I can’t deny, I’m not happy with the situation but Bilbao knows what I want I trust my agent will get what I wish soon.”
Login to Quote

Nathaniel
9 years
Hahaha, get him out! Great Update!
1
Login to Quote

The Grape
9 years
Great update, poor lad's even pulling his own hair out in the pic.

Get as much as you can for Iturraspe and then snap up Javi Martinez surely!
1
Login to Quote 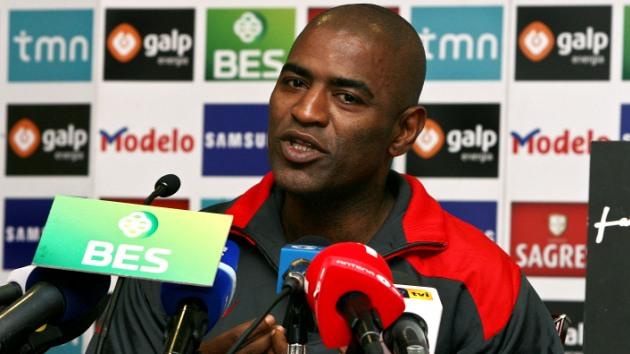 Athletic Bilbao boss Oceano Cruz says he will deny Ander Iturraspe the chance to join Barcelona due to a preference to sell him over seas.

Barcelona has expressed the most interest in Iturraspe and the midfielder has already demonstrated his discontent and being refused a move to the Catalan giants.

However, Oceano has now declared that Iturraspe will not be sold to Barcelona nor any other Spanish club, opening the doors for European clubs to make a move.

“It’s not a logical thing for us to do at this stage to sell Ander to Barcelona. We don’t want them to get any stronger and since Ander’s departure has nothing to do with him being surplus to requirements.

“He is unhappy and he is also correct in believing I do not want to keep an unsatisfied player but ultimately it will be us who decide where he ends up, not him.

“He signed a commitment with us, so we have him with us until 2018. We don’t have our hands tied or anything like that so I feel it is more than adequate that we decide what the best deal is for us.

“Our preference is to strike a deal with a club from abroad. So far Barcelona are the only club to make an official bid but I know about interest from other clubs and I expect that to intensify.”

Oceano’s quotes now push in the likes of Napoli, Arsenal and more recently Manchester United for the hunt of Iturraspe, with reports that Arsenal is ready to step their interest.
Login to Quote

Walter
9 years
I think that is a logical move, not strengthening your rivals. Good update as usual 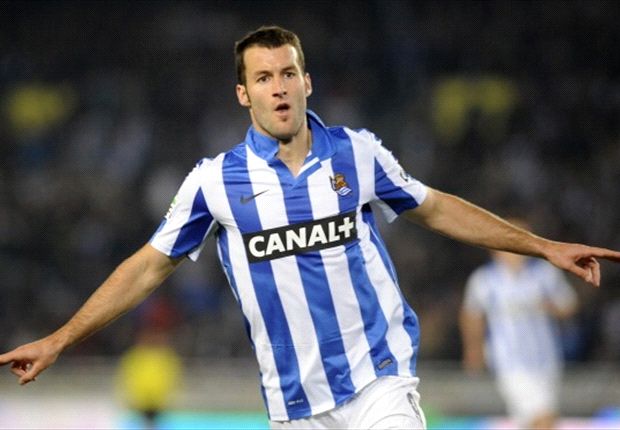 Athletic Bilbao has completed their first signing of the new season after Atletico Madrid accepted an offer for Imanol Agirretxe.

‘Los Colchoneros’ placed Agirretxe on the transfer list after falling down the pecking order behind Loic Remy and Lima, of which a £5 million bid proved more than adequate to lure him away from the Vicente Calderon stadium.

The 28 year old joins at a time in which strikers Kike Sola and Aitzol Angulo are expected to leave the club, the latter on loan.

Agirretxe signs a new three year deal that will see him stay at the San Mames Barria until 2018 on £40,000 a week.

The striker, who moved from rivals Real Sociedad for £3.4 million in 2012, scored 23 goals in 92 appearances for Atletico Madrid.
Login to Quote

Say that again if you think you're hard enough! *Whips out plastic fork* 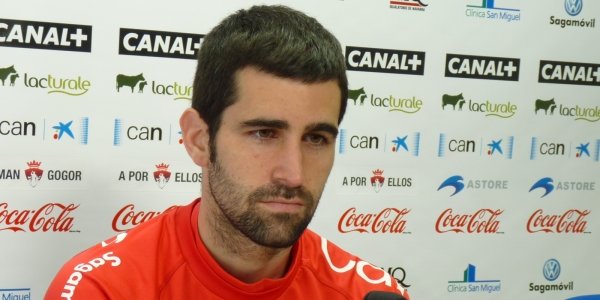 Riesgo, now 31 years old, joins Betis on a two year deal and is expected to become their new number one goalkeeper.

The Spanish shot stopper had asked for more minutes on the field but Bilbao failed to promise any more game time and instead decided to move him along.

Riesgo believed he could succeed Gorka Iraizoz at Bilbao when he joined back in 2012 but instead saw Frenchman Stephane Ruffier take his place.

Despite never getting to opportunity to establish himself as number one, Riesgo has thanked Bilbao for the involvement.

“It will be an adventure I will never forget because I learnt a heck of a lot. Every day was a new experience and I believe I have improved considerably since moving here.

“When I joined, my personal target was to become number one for Bilbao. It wasn’t to be unfortunately but I got a bunch of game time in cup games and a few league games so I’m grateful for that.

“However, I feel the time is right for me to hop off now. Betis has shown an encouraging interest in me and at the age of 31, it is now or never for me.”

With the transfer, Bilbao’s backup keeper slot becomes vacant and the man most likely to fill the spot is Castilla graduate Ignacio Cidoncha after Bilbao rejected loan offers from Levante and Elche.
Login to Quote

Neal
9 years
Considering the Basque rule and Martinez's epicness in FM, £45,000,000 is a price worth paying! Splash that cash!
1
Login to Quote