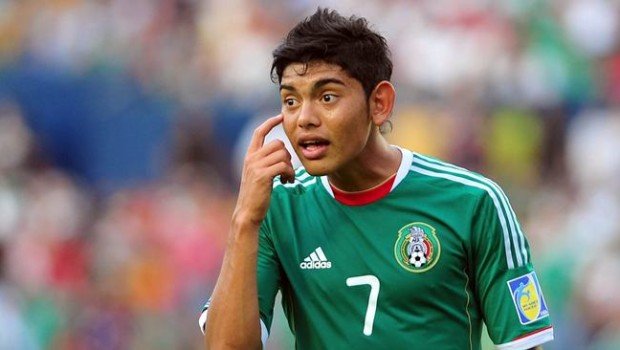 The 20 year old had been reportedly loan listed by Bilbao and much to the surprise of all, Inter Milan of all clubs has got the prospect on a season long loan.

The centre midfielder can also play as a defensive midfielder and it is expected he will add to Inter Milan’s depth following the retirement of club hero Javier Zanetti.

Oceano Cruz has praised Espericueta for catching the eye of the Italian giants and sees the loan move as a premium experience for the player.

“The lad will be ecstatic to know such a big club has picked him up and this season he will hopefully experience something we can’t deliver at the moment which is the day-to-day running of a top team.

“Mazzarri has told me he will use Espericueta. He will act as cover for Cambiasso who I expect will be a great point of reference for the boy. I’d even tip him to play ahead of the Argentine at times.

“I trust the loan spell will be successful and we should have by next year a maturing Jorge Espericueta at our disposal.”

Since joining from Mexican club Tigres in 2012 for £1 million, Espericueta has appeared 58 times and scored 6 goals.

Also on his way out on loan is promising Spaniard David Villaran who will bolster Ponferradina’s squad.

The exciting playmaker, who started off at Las Palmas, will remain at the Liga Adelante side for the rest of the season, with the option of an extension should he impress.
Login to Quote

Walter
9 years
Lucky break for him, but he's Mexican, not Basque?

And a plastic fork isn't going to do much

And a plastic fork isn't going to do much

He has Basque parents much to my delight!

& You'll be surprised what plastic forks are capable off 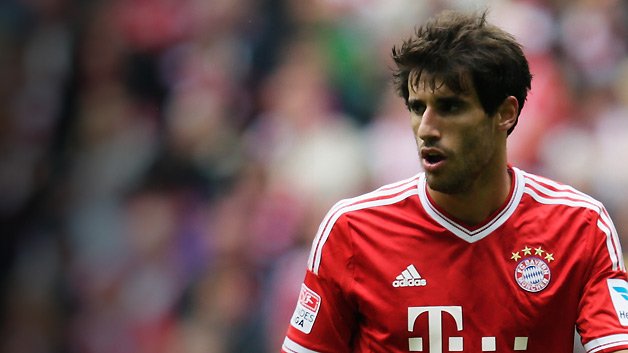 Bayern Munich chief executive Karl-Heinz Rummenigge has announced that the Bavarians have agreed terms with Athletic Bilbao over the transfer of Javi Martinez.

Both parties met for best part of last week with Rummenigge confirming a £40 million deal had been struck and the player is now set to travel to Spain.

Rummenigge also claimed that Javi Martinez and his agent had already negotiated a contract with ‘Los Leones’ and that the move was only pending due to a medical and final paper work.

“We denied Javi Martinez of a move last season but felt we could no longer stop him after failing to win the Bundesliga.

“His wishes were made clear and we can say now that we have come to an agreement with Bilbao with a fee of around the £40 million mark.

“Both parties are pleased with the negotiations and Martinez will now travel to Spain so we are hopeful that the deal shall be completed soon.”

Martinez is expected to be unveiled within the next 48 hours should he complete his medical scheduled for tomorrow.
Login to Quote

TVDLC123
9 years
Thats a great transfer, you might be able to make a push for 2nd spot this year!
1
Login to Quote

And the guy you loaned out looks decent! Nice couple of updates!
Login to Quote 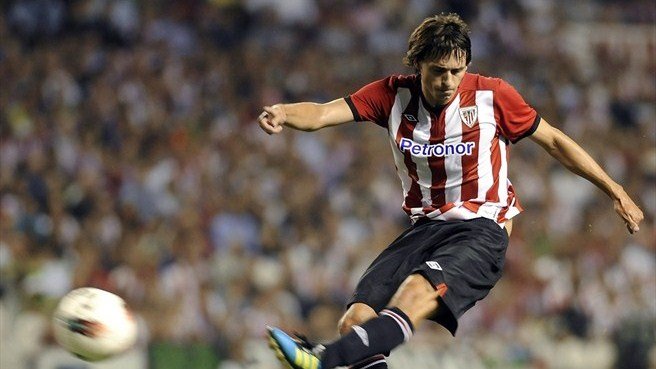 Ander Iturraspe’s transfer saga hell has finally come to its conclusion after Napoli won the race to sign the defensive midfielder from Athletic Bilbao.

Iturraspe’s unhappiness has been widely publicised since last season after kicking up a fuss with manager Oceano Cruz due to his team talks and not being able to talk with Barcelona over a move.

Bilbao’s harsh stance on not selling to a domestic rival led to their preference to accept a £16 million bid from Napoli who beat Arsenal, Juventus and Benfica to his signature.

The Spaniard, who will be reunited with former teammate Mikel San Jose, is keen to put these recent months behind him and focus on pre-season with Napoli.

“What has happened involving me is something I don’t want to look back ever. It is definitely the most stress I have ever been through and I’d consider it the darkest moment of my career.

“I’m keen to erase this chapter and fully dedicate myself to life here in Italy. Napoli has a very strong squad and I’m proud to be a part of it. Napoli is all I care about right now.”
Login to Quote

Athletic Bilbao veteran Aritz Aduriz has signed for Serie A runners up AC Milan for a fee of £850,000.

Last season’s Spanish top goalscorer makes the move across the Mediterranean to sign a two year deal with the ‘Rossoneri’ on a wage of £48,000 a week.

The sale of the infamous goal getter has come as a surprise to many of the Bilbao faithful after he reached his 100th goal for the club last season and was awarded with Athletic Bilbao’s Player of the Season award.

However, Aduriz’s contract was set to expire the following season and it is thought the club decided to cash in on the 34 year old once AC Milan offered.

Before leaving, Aduriz left a wholehearted statement to the club and its fans thanking all for the love and support shared for the former number 9.

“My time back at Athletic Bilbao has been incredible. I joined from Valencia in what was a difficult stage in my career but the club was always there to give me a boost and ensure that my progress stayed intact.

“Oceano was an exceptional friend to me and in a time where we had lost such a key player like Fernando Llorente, it was I who he offered the opportunity to and I’d like to thank him for his faith.

“Last but not least, I’d like to show gratitude to the fans from the bottom of my heart for welcoming and backing me throughout my stay. It was a pleasure to fight for them every week and this club will always remain in my heart.”

Aduriz managed to score an impressive total of 90 goals in 137 games since the beginning of his second spell at Athletic Bilbao in 2012.
Login to Quote

(Translation: My word, you did not manage to receive One million pound sterling for this fine chap? That must be a big disappointment, good Sir.)
1
Login to Quote

I can see why you wanted to cash in, sad to see him leave after doing so well though..
1
Login to Quote 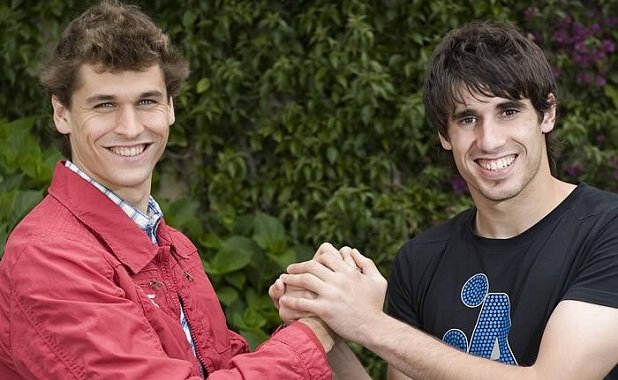 Athletic Bilbao has surprised fans with the unexpected signing of former Basque hero Fernando Llorente along with Javi Martinez.

The club had called for a press conference today at 3pm earlier this afternoon to unveil the signing of Martinez when Bilbao fans were left stunned by the revelation that Llorente had also completed a move.

Much like Martinez, Llorente returns to his first football home for just £2.5 million after he scored 96 goals in 146 games for Serie A champions Juventus.

The towering centre forward was on the last year of his contract and has expressed his surprise that the media failed to get a whiff of his transfer.

“Things did happen very quickly but I’m very surprised the press never suspected of anything. It certainly made the transfer a lot easier and I’m so happy to see old faces again.

“For this to serve as a surprise, hopefully a good one, is fantastic. I always thought to myself that the way I left for Juventus three seasons ago was a bit raw and this audacious transfer, if I may say so myself, restores a smile back on their faces.

“I’m desperate to get stuck in again and there are some new faces here in the team. Overall the squad is a lot stronger and I believe we can achieve many things soon.”

One man also shocked about the signing was teammate and new record signing Martinez whose £40 million transfer overtakes the £37 million paid for Antoine Griezmann last season.

“I was NOT ready for that at all. They told me when I got here they had a surprise planned and I didn’t think much of it because I was focusing on the press conference.

“But then I was told to quickly head to the pitch where the photographer would take some quick snaps with a jersey and the first thing I see is his deep blue eyes. My heart almost stopped!

“I was over the moon to return here but to know I will also be accompanied by my good friend makes the homecoming even better and I can’t wait to put the Bilbao shirt back on.”

Rumours have also began surfacing that Martinez is set to take the Athletic Bilbao captaincy from midfielder Benat.
Login to Quote