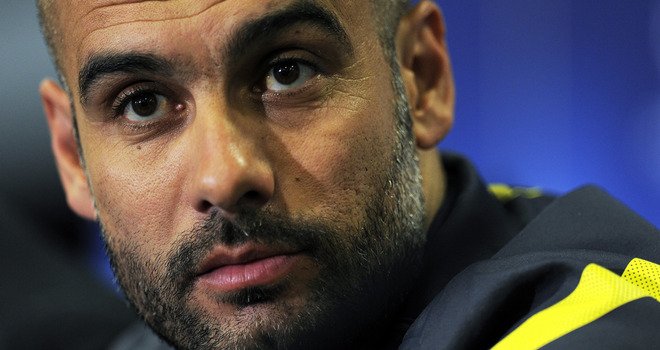 Bayern Munich manager Pep Guardiola has hit out at want away striker Mario Mandzukic by saying he can leave. The Croatian striker hit out at Guardiola earlier this week and felt that he was being treated unfairly and that he felt he was not part of the team anymore.

The Spaniard said that he feels that he can’t have an unhappy player in the squad as it would ruin morale and could destroy the season. He also admitted that after this outburst the striker will never play again for the club.

“He has disrespected me but also the club. All of my teams have a family ethos so when a player comes out like that and wants to destroy the harmony I have to get rid of him. If he feels he is bigger than the club then he must leave”.

“He will be transfer listed”, added Guardiola. “I have no time for him now and he will train with the U23’s until he leaves the club. I want him gone by the end of January and I want nothing to do with him. I would terminate his contract but it would cost the club too much”.

This now reveals that Guardiola will be after a new striker with names like Luis Suarez, Wilfred Bony and Edin Dzeko being linked with Bayern Munich.
Login to Quote

Seni
9 years
In my opinion, this story should be nominated for SOTM! Brilliant!
1
Login to Quote


Wow thanks Seni it means a lot to me to hear that. I am glad you are enjoying it.
Login to Quote 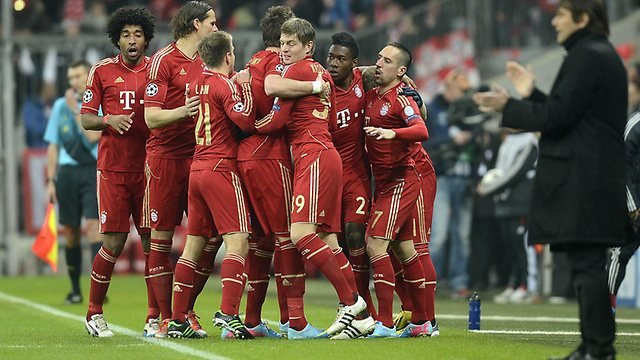 We have endured a brilliant month in October and we have Dortmund in our sights. 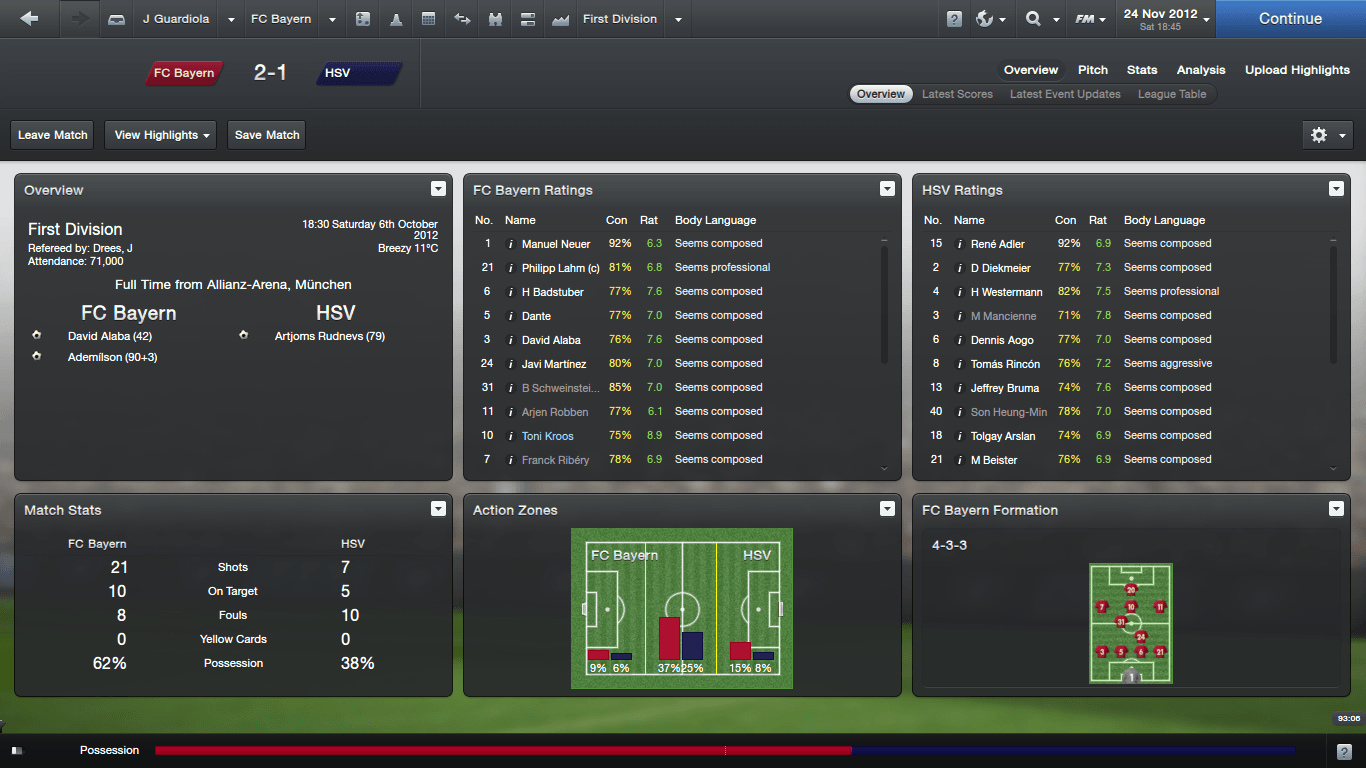 PEP’S NOTES: What a dramatic finale. We took the lead early on and I thought we had the 3 points but oh no they found a goal from nowhere on the 78th minute. I knew we had to go for goal and in the 93rd minute wonder kid Ademilson found the winner to send the Alianz into raptures. 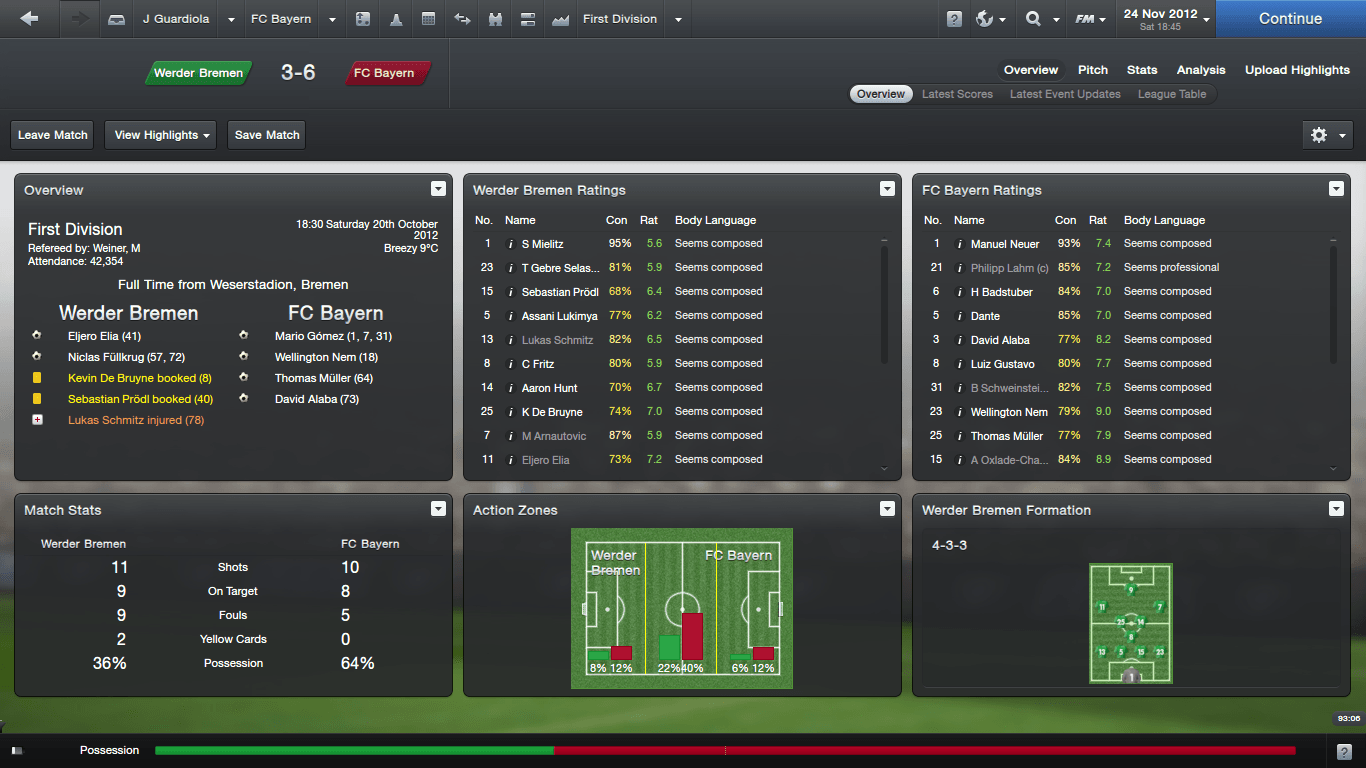 PEP’S NOTES: What a game. We dominated the game throughout the 90 minutes and we were 4-0 up by half time. After the 2nd half Bremen decided to go for it and I thought they might get back into it but we continued to attack and we eventually hit Bremen for 6. 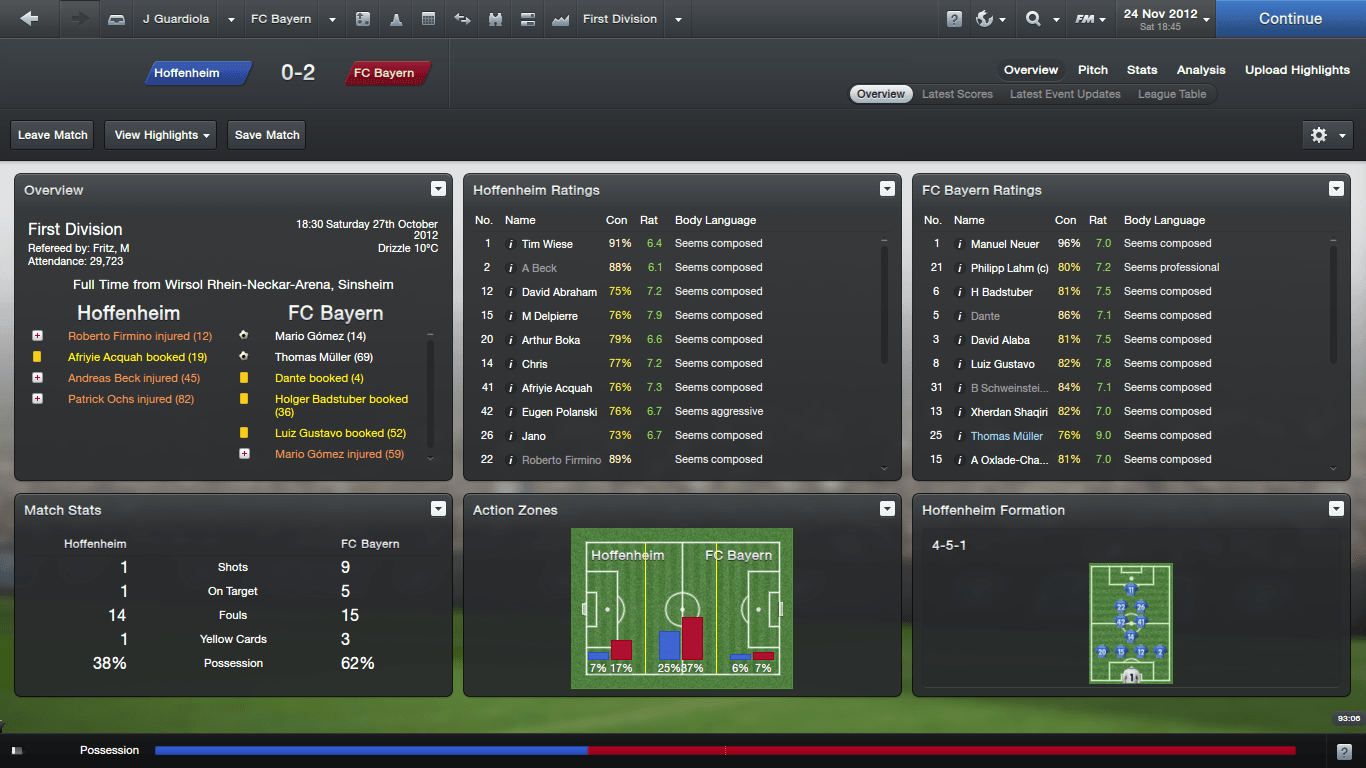 PEP’S NOTES: Another nice win to push us back up the table. We are playing great football at the moment and it is showing in our results. We dominated from kick-off and I am very pleased with the 3 points we have taken. 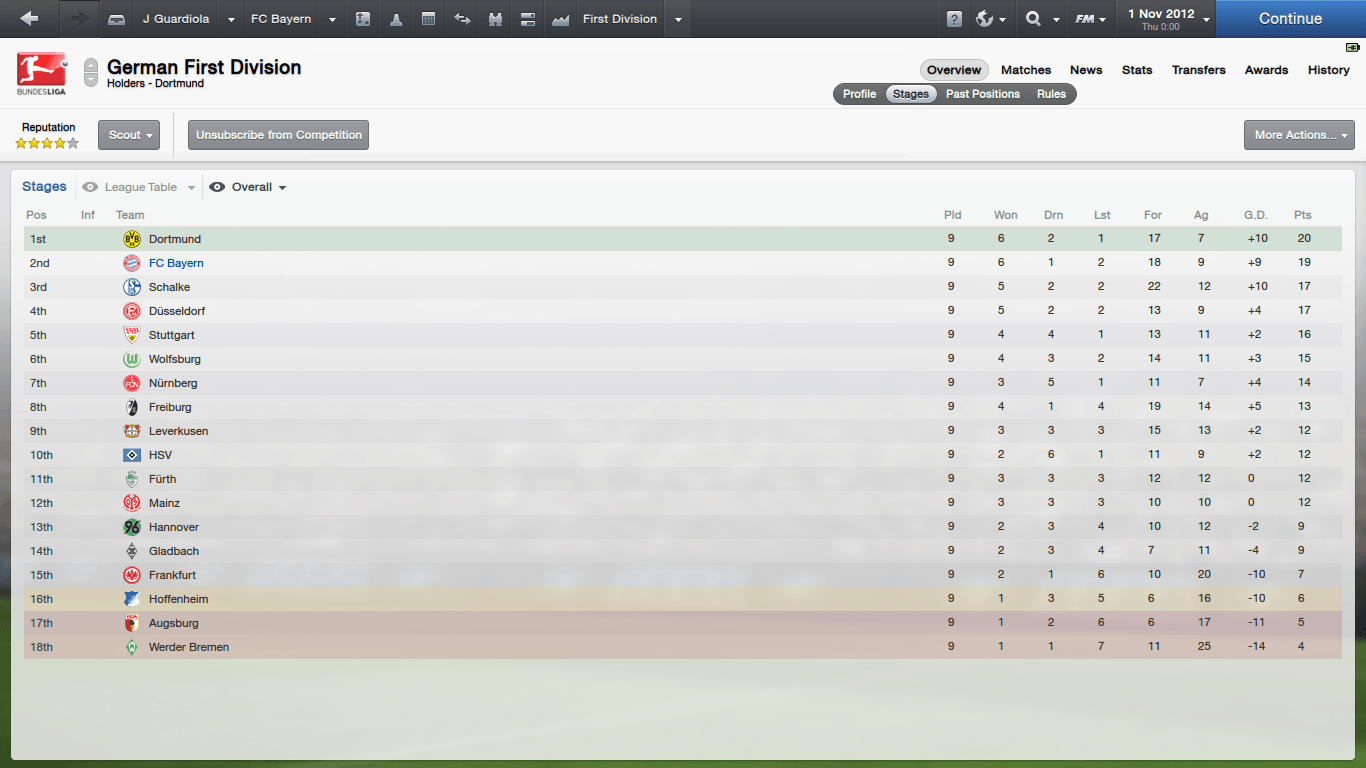 We sit just behind Dortmund but we are ready to overtake them and win the league title. 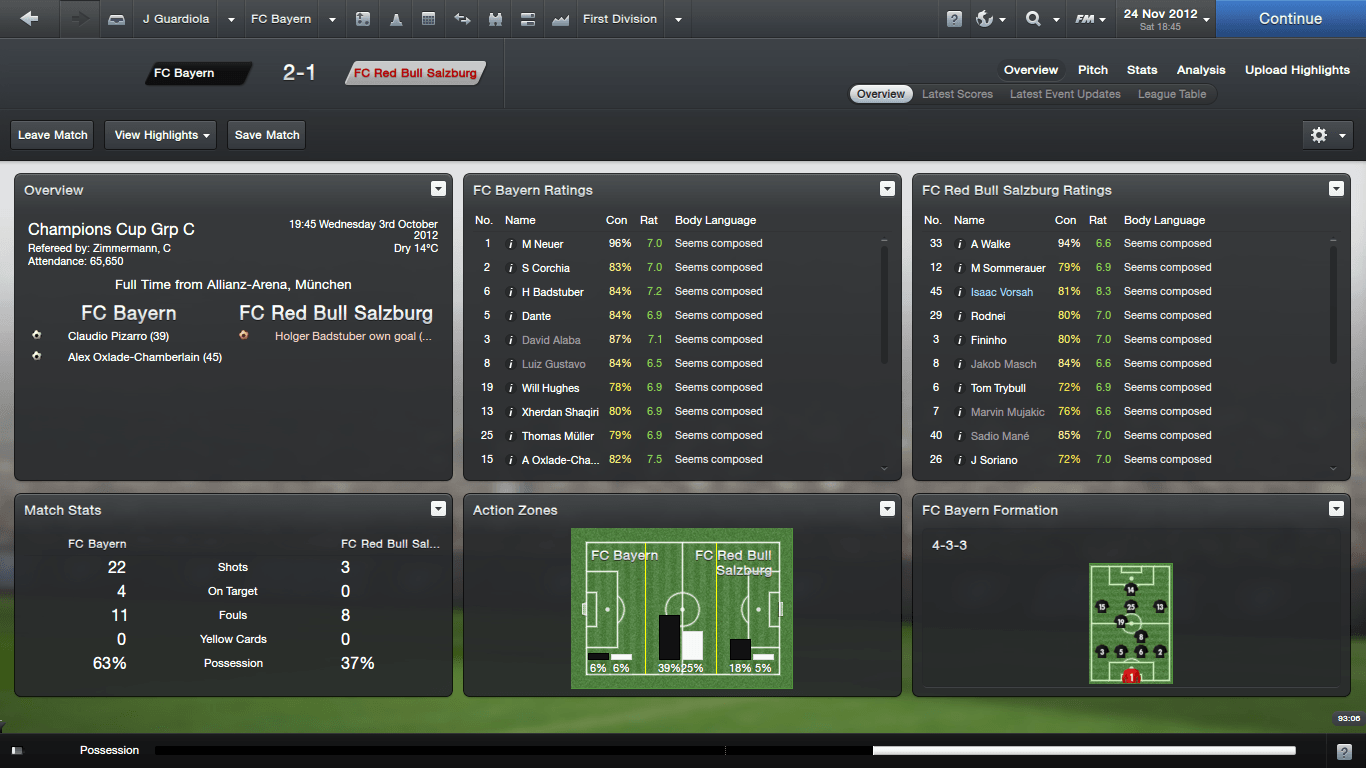 I am very happy with the result as it means that we stay top of the group for another week. We look set to qualify so I am now looking forward to the knockout stages. We dominated the game as expected and the stats show that. I am disappointed with how many shots we had on target so we will be doing more shooting practise in training. 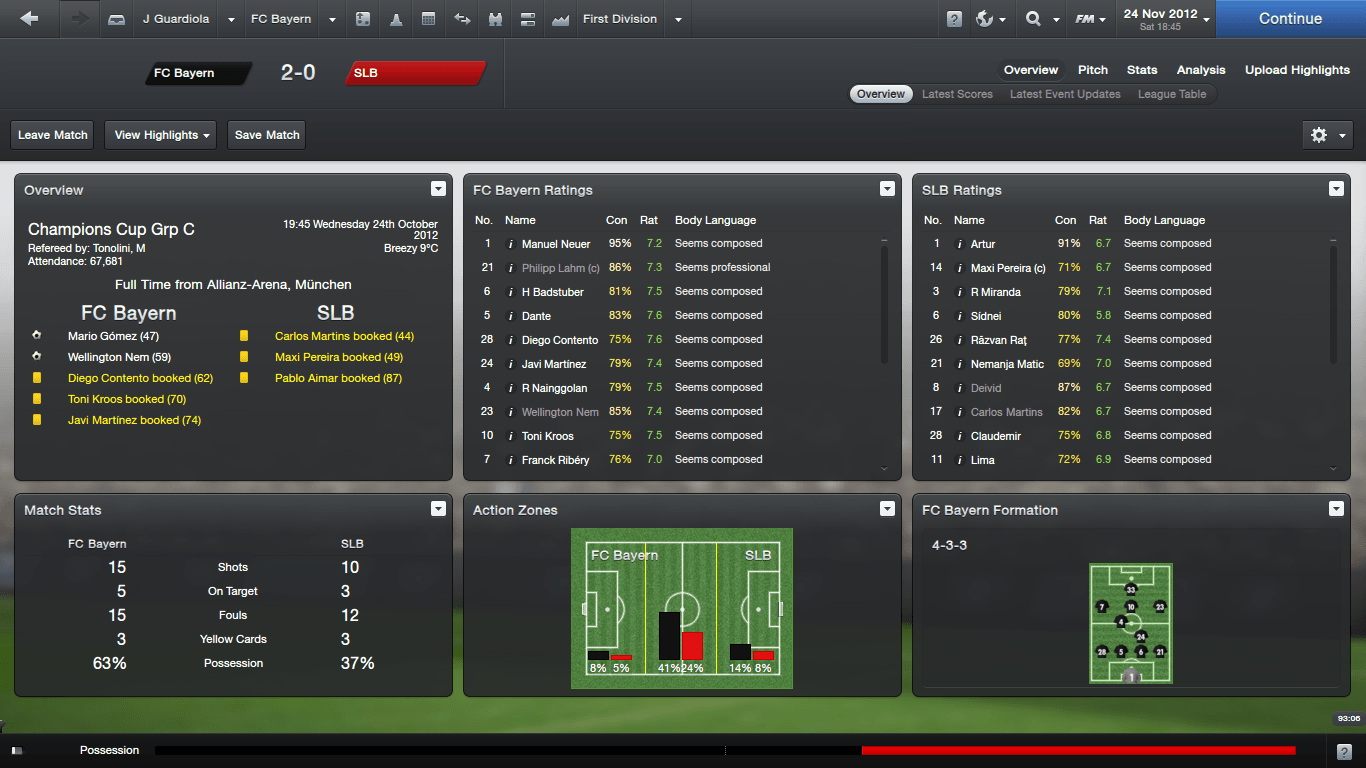 PEP’S NOTES: This win effectively sends us into the knockout rounds of the Champions League so the hard work will now begin. Another great win in Europe for the team and I am hoping that we can at least reach the final at Wembley. 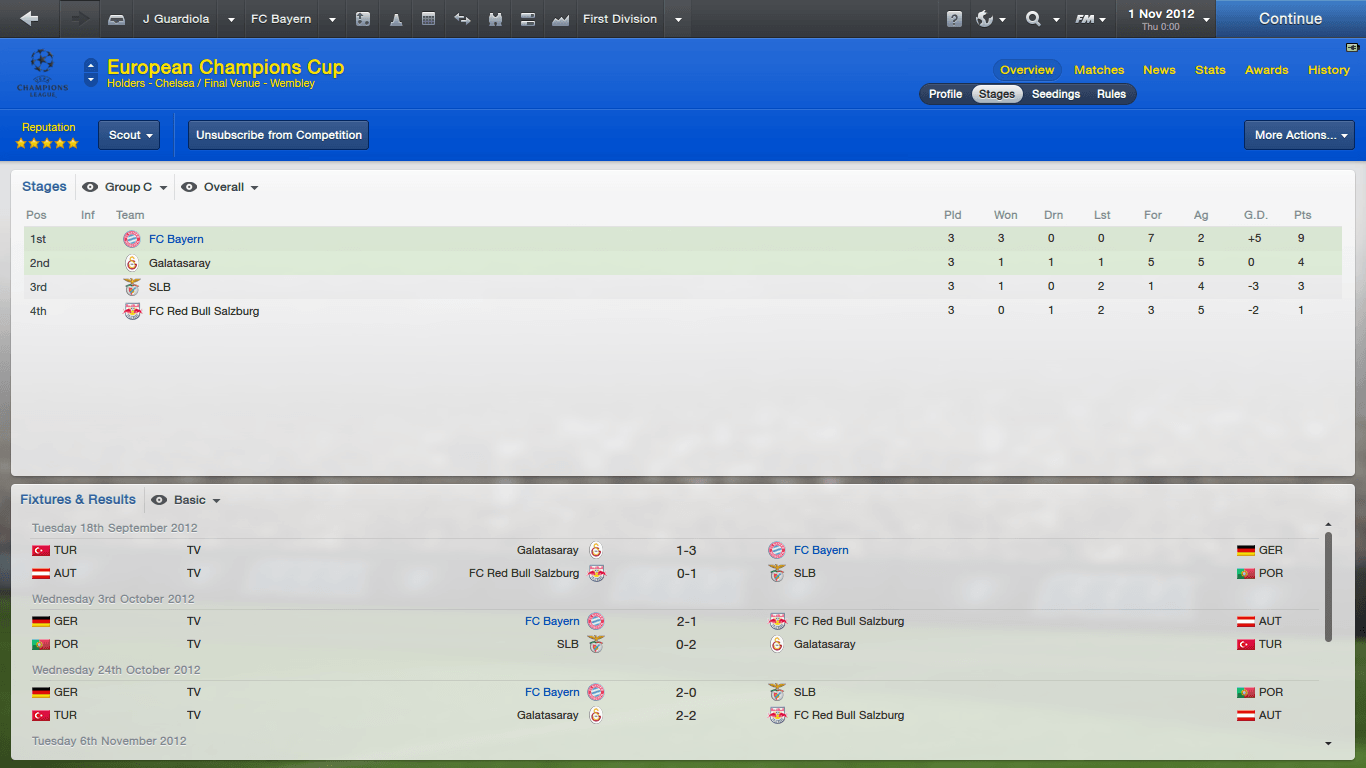 We sit at the top of the table and if we get a result in our next game we will qualify for the last 16 stage. 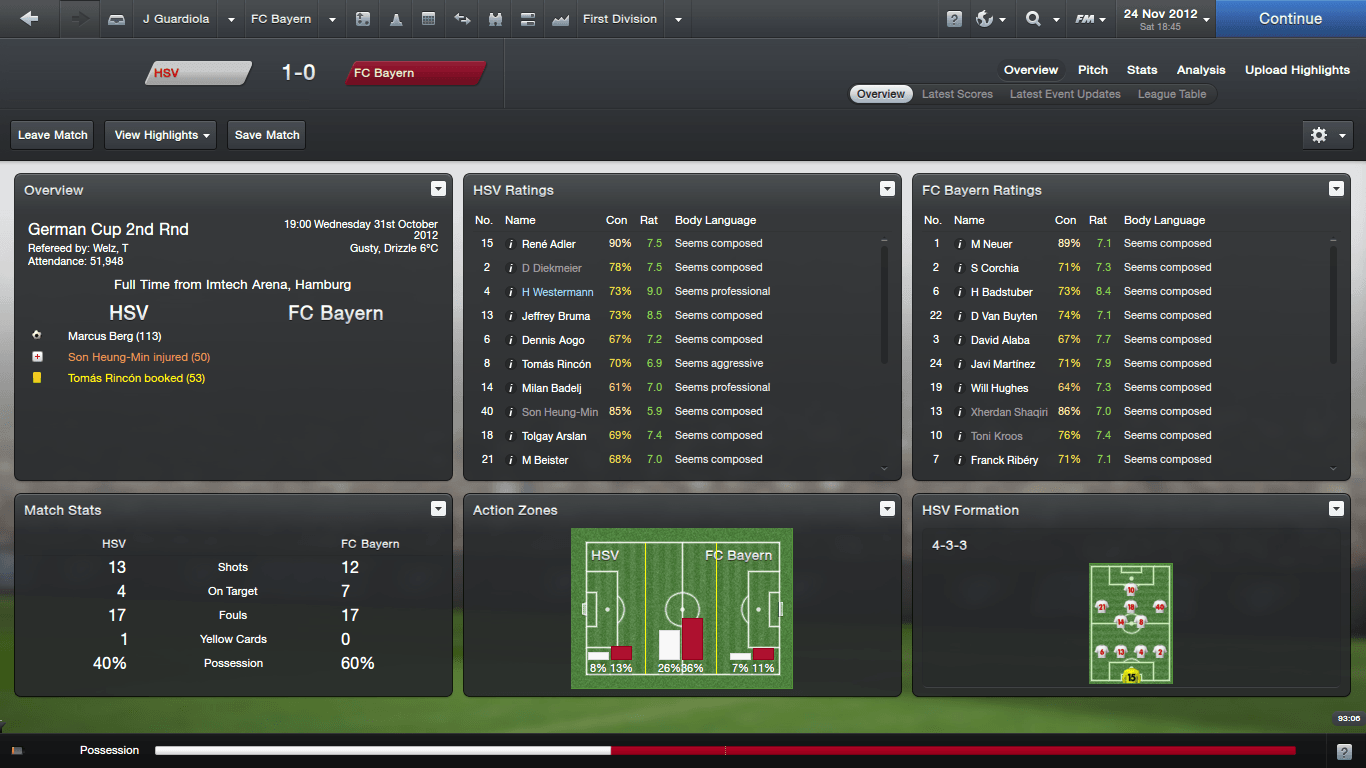 PEP’S NOTES: I am disappointed that we had to bow out of the cup so early but we have more important competitions to focus on. We dominated the 1st half but we could not find a winner so eventually Hamburg started to counter and they found the winner in extra time.


Player of The Month 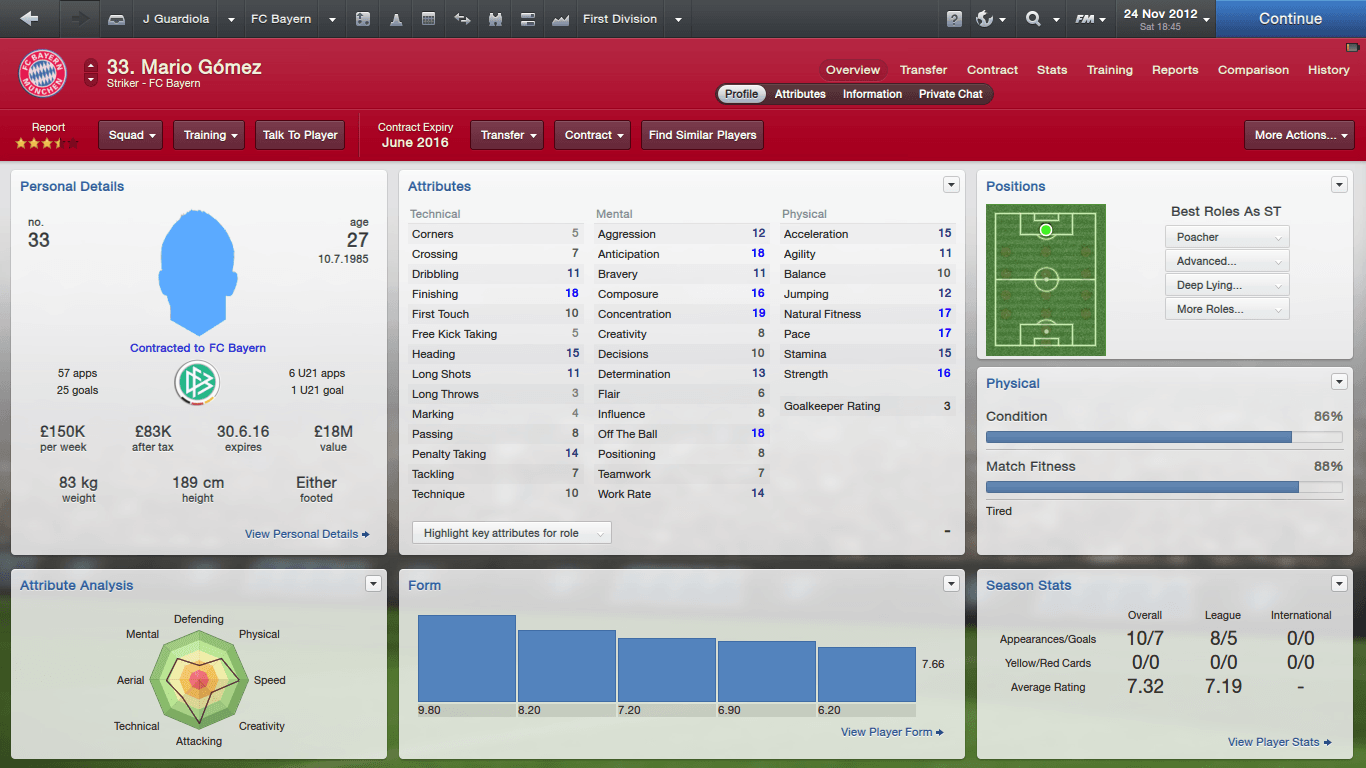 Mario Gomez has had a great month with a hat trick against Bremen and he has been in great form for the team.
Login to Quote

Jamesg237
9 years
Loving the way you are presenting results...everyone should take note of how you do it.
1
Login to Quote 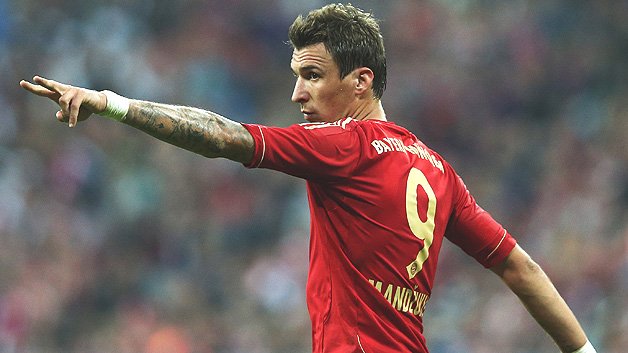 Bayern Munich have rejected a £11M bid for Mario Mandzukic from Dortmund. The unsettled striker is transfer listed and earlier today a £11M bid was instantly rejected by Bayern Munich.

Dortmund sold Robert Lewandowski earlier on in the season so PSG and have been without a recognised striker since then and when Mandzukic was transfer listed they quickly made a bid for the Croatian forward.

“Yes I can confirm we have rejected a bid from Dortmund”, said manager Pep Guardiola. “We rejected it as we feel we can’t afford to sell to our nearest rivals as it will affect our hopes of being successful. We would prefer to sell him to a club overseas so we will be able to see the back of him”.

“The bid was around £11M and that was just under our asking price of £13M but I was willing to accept it if it was from another club. There is interest from other clubs but since then no other bid has been made for Mario”.

Many teams are rumoured to be ready to table a bid for the striker with teams such as PSG, Fenerbache and Malaga ready to meet Bayern Munich’s asking price.
Login to Quote

Verdinho
9 years
Somebody had a change of heart?
Login to Quote

sTedDarzZ
9 years
how old is mandzukic in ur save? never thought much of him myself tbh
1
Login to Quote