Cheers mate. I hope it helps

JS
9 years
Great results so far mate, and a final that I'm sure you will conquer! Keep it going!
Login to Quote

k1rups
9 years
Good luck in the final mate! Tough luck behind Dortmund but I expect Bayern to be stronger next season
Login to Quote 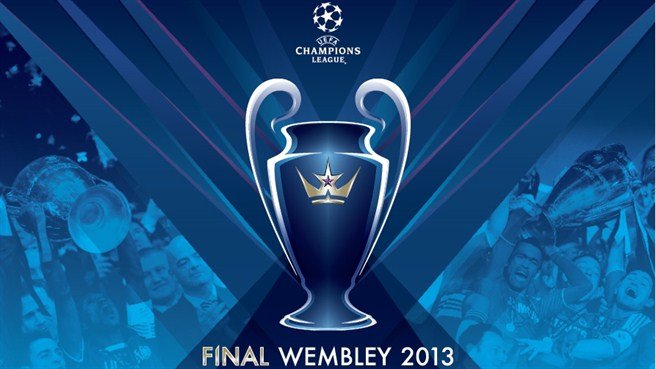 With just days to go until the Champions League final many people are beginning to become nervous about the result. With much at stake both teams will be playing their heart out to make sure they lift the trophy of the world’s most famous club competition.

Manchester United will take on German side Bayern Munich in the final at Wembley this weekend. Both teams are desperate to win and will want to make sure they are ready and prepared for their opponent. 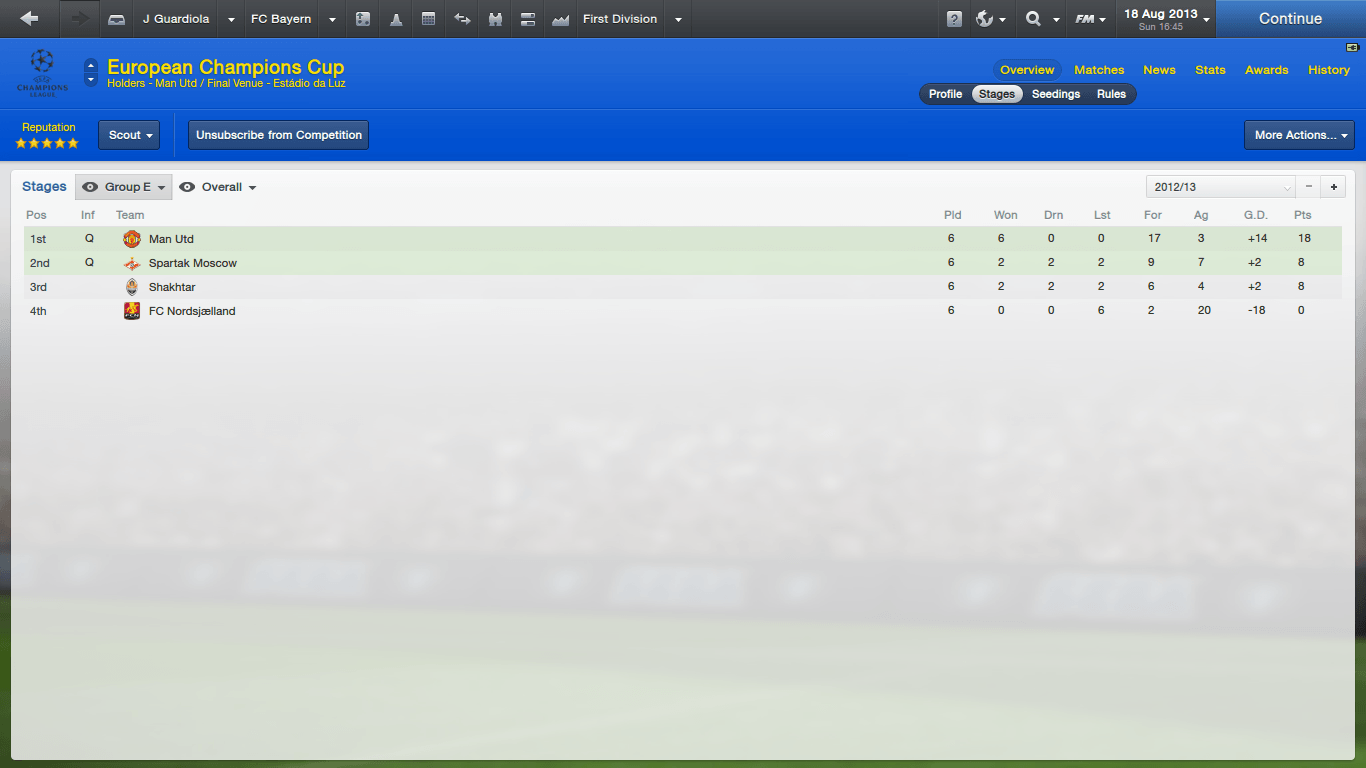 Manchester United took their group by storm as they managed to gain 6 wins out of 6. They started off with a 2-0 win over Shaktar which was then followed by another 2-0 win over Spartak Moskow. They then headed to Denmark and won 2-1 against Champions League debutants FC Nordsjælland and then in the return leg they managed to win 7-1 at Old Trafford with the likes of Wayne Rooney and Ryan Giggs getting on the score sheet. This was then followed by a 1-0 away victory over Shaktar and then a 3-2 win over Moscow with Rooney netting a brace. Overall it was a great start to the tournament for Manchester United.

They were then drawn against Fenerbache from Turkey for the last 16 round. The first leg was played away and they could only manage a 0-0 draw with reporters saying it was the most boring game of Champions League football in decades. The return leg was much more entertaining with the match ending in a 3-2 win for United with Hernandez scoring a double and the game was won with a Welbeck header in the 81st minute.

For the Quarter Finals Manchester United went on to play Basel. Basel had done very well to get this far and after last year’s game Manchester United were not taking anything for granted. The English team beat Basel 3-0 at home with two penalties from Nani and a free-kick from Rooney who has been the start of their tournament so far. When the away leg came Man United managed to gain a 1-0 win with another penalty score by Nani. This meant that the club would go on to the semi-finals.

The Semi-finals would be tough as they would have to play a very strong Juventus side. The first game was at the Juventus stadium and Man United won 2-0. This is considered a great result as Juventus are a very strong side at home and also Vidic managed to score a brace. The return was also going to be kind to them as they managed to win the game 4-3. This was helped attain by goals from Nani, Van Persie and Evans. This meant that Sir Alex Ferguson would be able to manage in another Champions League final. 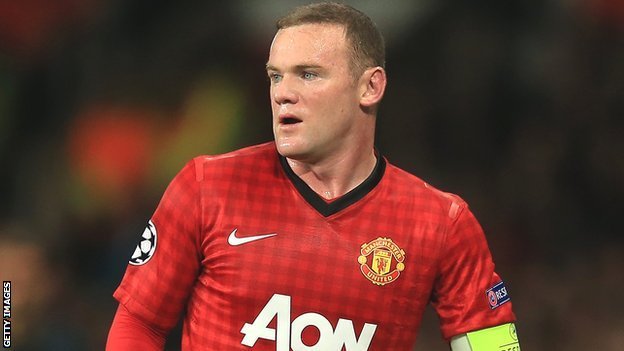 Wayne Rooney has been an inspiration to Man United throughout their Champions League campaign. He has scored some goals but also made some key assists and is regarded as Manchester United’s key player. 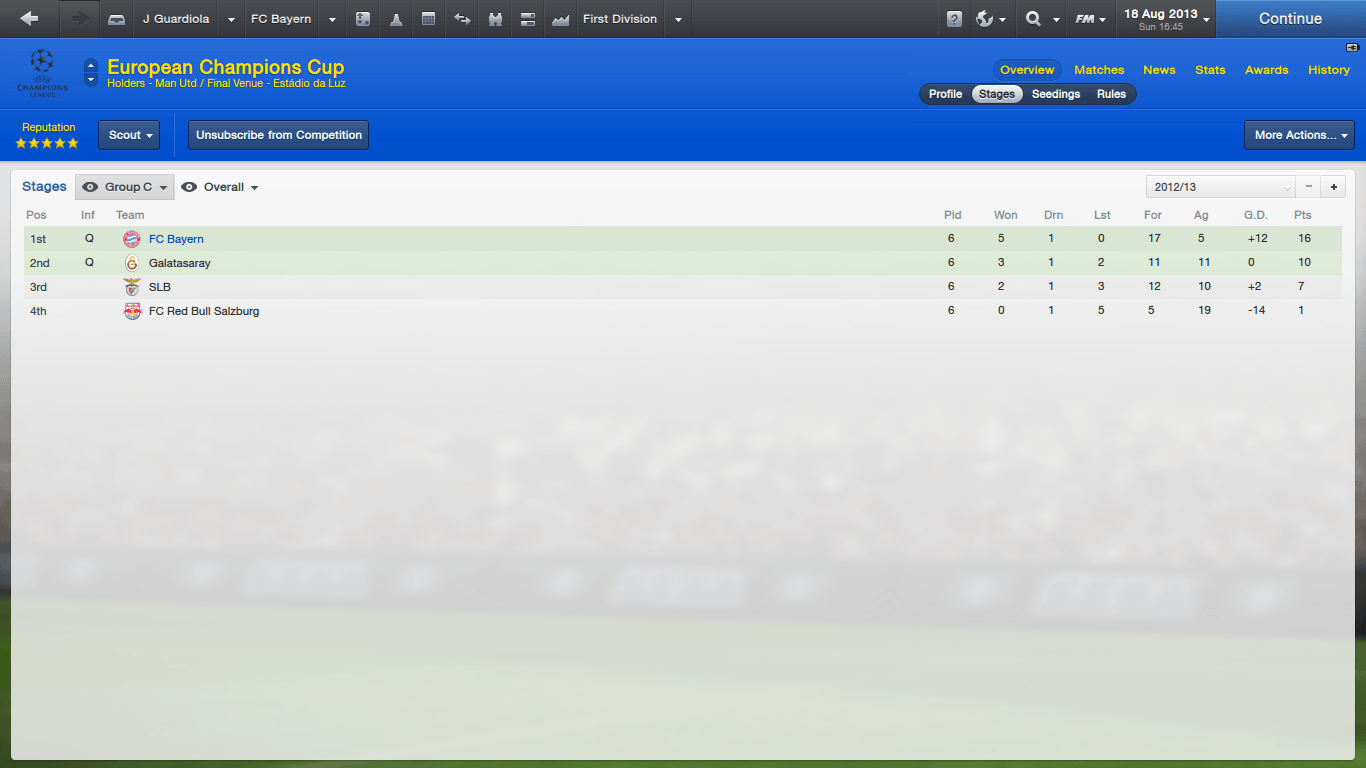 Bayern Munich also started their Champions League campaign off well. They had a difficult group with some difficult away trips but they managed to pull through. They started with a 3-1 win over Galatasaray and that was followed by two 2-1 wins over Benfica and Slazburg. A great game followed with Bayern Munich and Benfica managed to pull off a cracking game which finished 3-3 and was voted the best game of the group stage. A 3-0 win over Galatasaray followed and then the rounded off the group stage with a 4-0 win over Salzburg.

They then headed into the last 16 where they would meet Spartak Moscow. They managed to win the first leg 3-1. This was away from home so they were delighted to take 3 away goals back to the Alianz. They then finished off the job with a 2-1 win with goals coming from Muller and Shaqiri.

They knew that tougher opponents were ready to play them and when they were drawn against Barcelona in the quarter-finals no one gave them a chance. They managed to win the first leg 3-2. This was a great game and it was an emotional night for manage Pep Guardiola. They then knew that had a job to do in Spain and they did that job well. They won 2-1 on the night with goals from Robben and Oxlade-Chamberlain. Another big step towards the final and they were delighted to have got this far.

Then came the semi-finals. They were set to play Real Madrid. They lost the first leg 2-0 but the second leg was where all the action happened. It was an extremely dramatic game and they managed to pull it off and secure a place in the final. This won the game 4-1 and Wilfred Bony scored a last minute winner to send the German club off to Wembley. 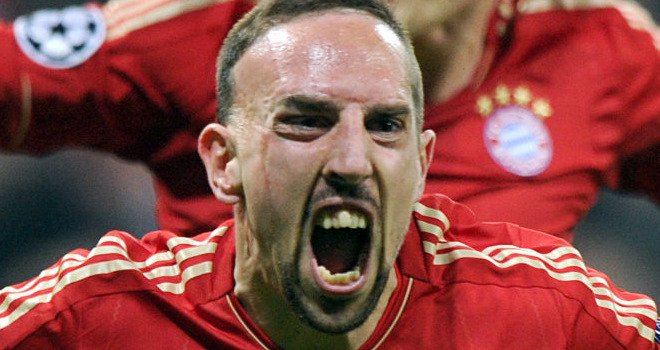 French winger Frank Ribery is highly rated at Bayern and Man United will need to stop him to make sure they win the trophy.

Bayern Munich are favourites to win the trophy but Manchester United have the more psychological power after what happened in 1999.
Login to Quote

JS
9 years
Nice update, maybe a bit too much work for a preview but still great!
Login to Quote


Thanks mate. I want to make some good signings and make sure I get the league back

TheFMBeast
9 years
Just sign their best player, it usually works tbf, if you take one man then their system comes crashing down!
Login to Quote

LFC
9 years
Great build up to the game

imdxvid
9 years
Like I said before good luck and A quick reminder, don't forget to man mark rvp


HAHA Cheers mate might make a cheeky bid for Wayne

Jamesg237
9 years
A great in depth update. Will have to take note of how you focus on important games in case if I have any of my own. A great read!
Login to Quote