Don't worry about it, I lose my first game in charge with EVERY team I manage, you'll recover well

Hahaha! Well Hopefully I will recover!
Login to Quote

Walter
9 years
Wow unlucky results but unlike anyone else I have faith!

Verdinho
9 years
Wow that was an Exodus of players!!! Unlucky v Bologna too but you have practically a new squad so patience is key

Yep, hopefully the board have the same mentality!
Login to Quote

BeanyUnited
9 years
Hahaha some of these updates are quality! Defo a story of the month contender I like the car/sledgehammer update very funny

The article about the tweet and the incident is also very well written! As for the result unlucky! Winning a first match is usually always difficult so don't worry!
1
Login to Quote 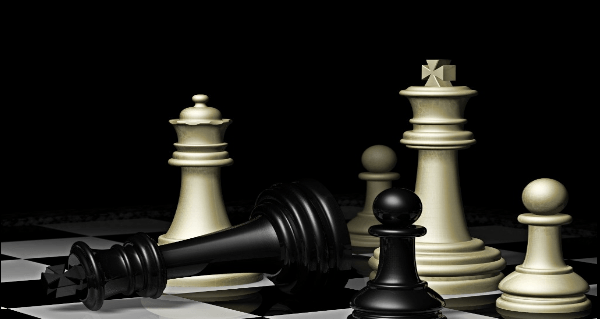 Chess. A game deemed boring until you really get to the heart of what it's about. Thinking ahead, preparing strategies, predicting the future. The Shade(aka the bad guy) loved chess. And he was brilliant at it. Hours of meticulous preparation and an unfathomable "battle" strategy was beginning to take shape. He had never ever lost at chess. And he didn't intend on losing to Roma.

He turned on the TV. The news was on. "Roma beaten by Bologna on Fabio's Debut" it blared. This made him happy, this made him feel like what he was doing was worth it. He would take down Roma and Fabio. But then he would re-build it minus Fabio, a second attempt at building an empire just like the Romans had done back in the day.

But back to now, now he had to prepare to be Fabio's downfall, a thorn in his proverbial side until the appointed time came when he would make him fall from grace. He was going to continue to wreak havoc at the club, doing everything he could to ensure Fabio didn't succeed. But if all was well he would make his move on him at the end of the season. He would deal with him. Permanently. As the world mourned he would make his move. He would step in to bring Roma to new heights. Make them a European powerhouse again. Fabio would be forgotten.

The pieces on the chess board were all converging on Roma's queen. The focal point of the entire game. But Roma were putting up a fight, Rooks and Knights rushing to protect their queen. Despite this the Shade knew the end was inevitable. He just had to choose when to make his move. It was a fore gone conclusion. He was far too intelligent for them. He just had to pick the moment.

Roma Were Going to lose

Walter
9 years
I wonder who the bad guy is

Nice update although I know nothing about chess

Rablador
9 years
Chess, such a hehtastic sport, whatever that means

Just kidding, I hate it


Fabio mulled over the month that had just passed. To be quite frankly honest it had been excellent. His team had gelled almost instantly and begun firing on all cylinders. The fans would still need to be absolutely convinced but the fact a window of his house hadn't been smashed this week was a start! 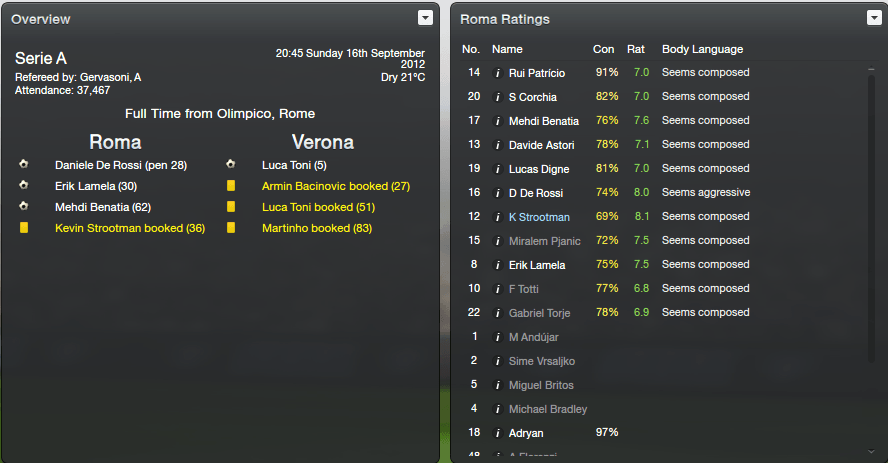 Despite an early goal from Verona via the left boot of Luca Toni, Roma always looked like winning. They were better in every aspect and dominated the game with a huge 61% possession. 2 goals in 2 first half minutes sunk Verona and ensured the win for the boys from Rome. 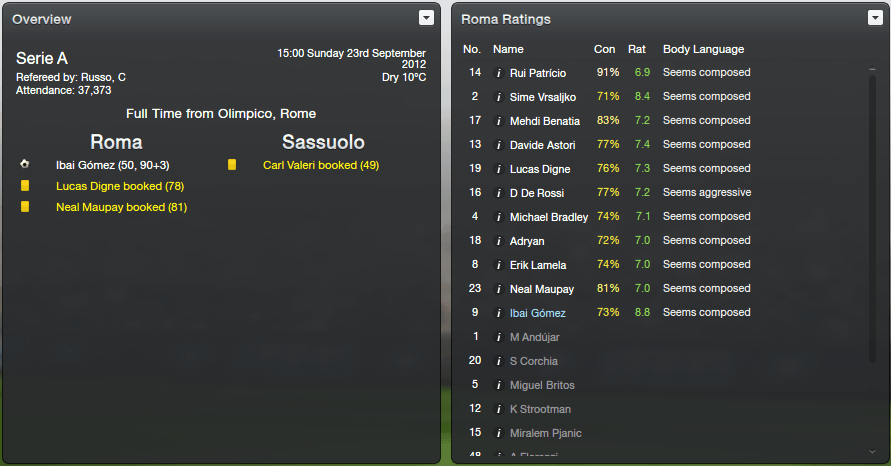 A double from new boy Ibai Gomez was enough to sink newly promoted Sassuolo. The game was close in terms of possession but really Roma never looked in any kind of trouble. 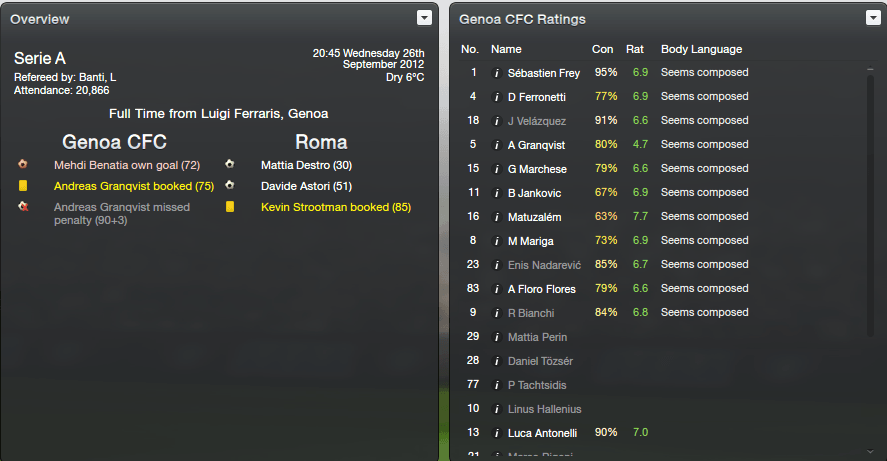 Another fantastic win as Roma beat Genoa away from home. A Mehdi Benattia Own Goal gave Genoa the lead but then goals from Mattia Destro and Davide Astori ensured Roma had the advantage. However thing almost went pear shaped when in the last minute of stoppage time Genoa got a penalty. Granqvist stepped up but Patricio won the battle of wills, saving down to his left. 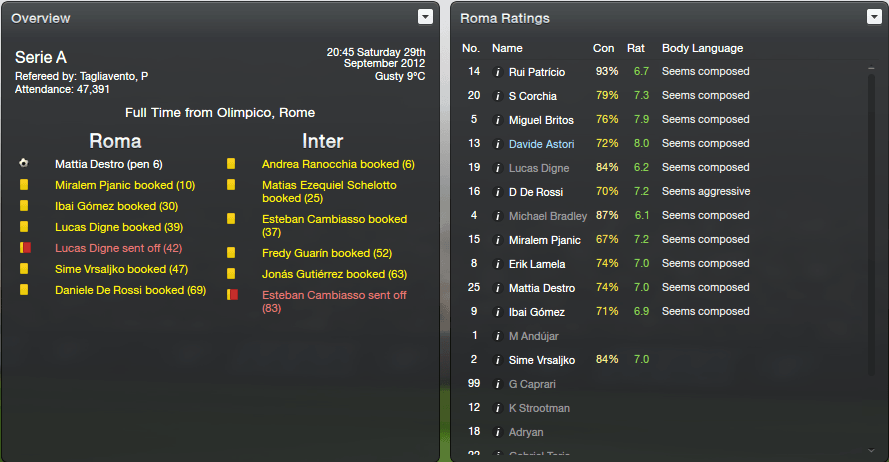 In a fiercely contested derby between 2 of the top teams in the league there were no fewer than 12 yellow cards and 2 red cards. However before any card's were dished out Roma scored the winner via a controversial Mattia Destro penalty.