With the Premier League just finished, you've joined us for the end of season review. We shall get underway. 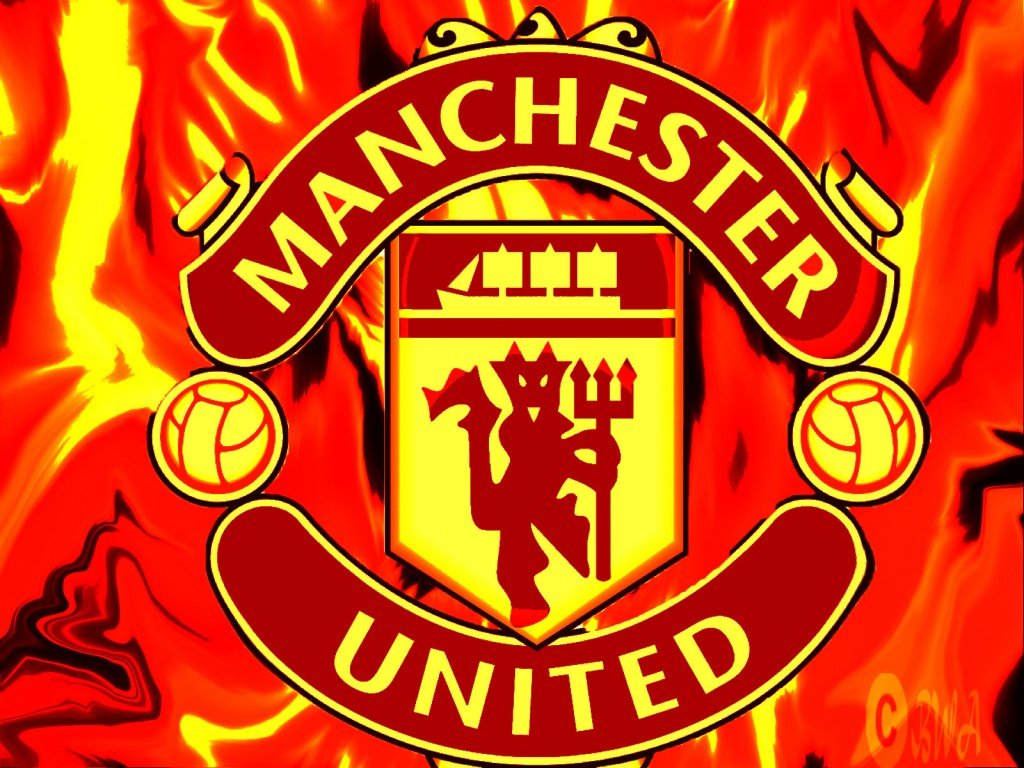 Well... what an exciting final day it was! With Manchester United and local rivals Manchester City so close together, Manchester United needed to win to win the league. With the game against Wigan ending in a draw, all eyes turned to City. With them beating Sheffield Wednesday 2-1, the two sides were level on points and on goal difference! The match ended 2-1 and the match went down to head-to-heads. Manchester United had the better goal difference in the two games they played against each other, therefore winning the league. The most successful team in the Premier Leagues' history will be hoping that they can add another league title to their trophy cabinet next season. 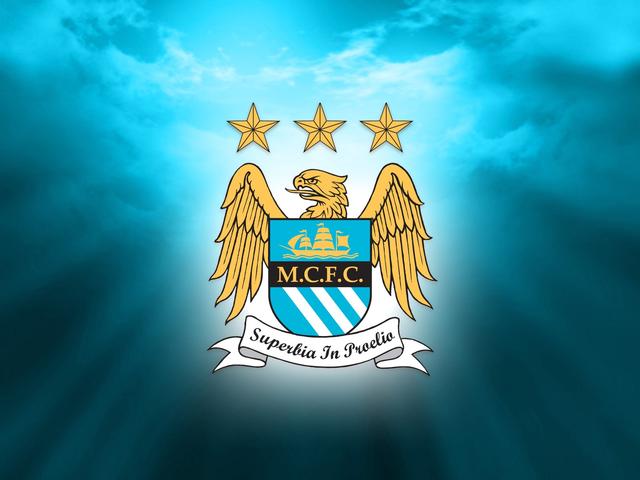 Well. what else is there to say? Commiserations to Manchester City, who only just failed to retain the league title. It was a very harsh way to give up the title but next season is just around the corner and with some good signings and results, next seasons title could be theirs.

Commiserations to West Bromwich Albion, Sheffield Wednesday and Crystal Palace, who have been relegated to the Sky Bet Championship.

Blackburn and Bolton return to the Premier League after winning promotion from the Sky Bet Championship. Blackburn won the league, Bolton finished in second place, while Cardiff sealed an instant return after beating Leeds in the Playoff Final.


Players' Player Of The Year 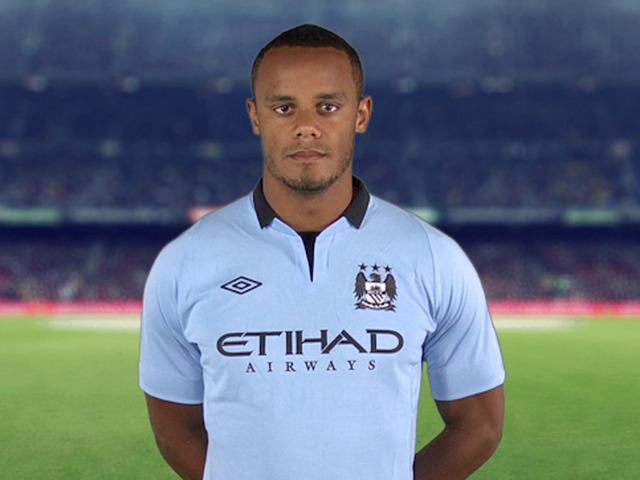 Manchester City and Belgium skipper Vincent Kompany wins the Players' Player Of The Year Award after a great season which saw his side only concede 25 goals in the whole season. He also scored 3 goals and set up two.


Footballer Of The Year 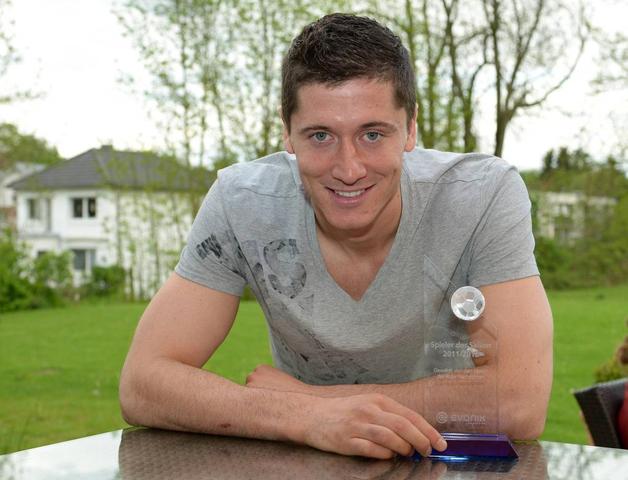 Poland and Chelsea striker Robert Lewandowski wins the Footballer Of The Year Award after scoring twenty goals and setting up his team mates ten times.


Young Player Of The Year

The Newcastle midfielder Moussa Sissoko, 24, wins the Young Player Of The Year Award after he was key in Newcastle's successful campaign. He played 35 of the 38 games, scoring nine and setting up four.


Manager Of The Season 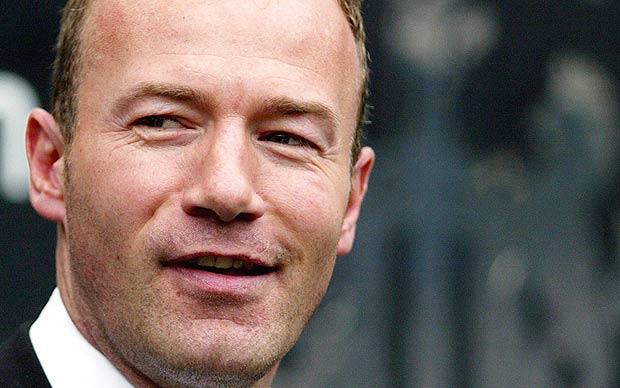 Newcastle manager Alan Shearer wins the Manager Of The Season Award, after leading his team to a 5th place spot and winning two trophies. Congratulations to all winners!
1

THREE JOIN NEWCASTLE AS THEY LOOK TO IMPROVE THEIR SQUAD 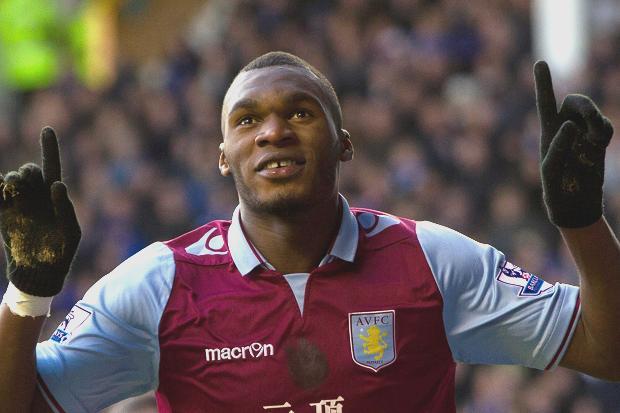 Powerful Belgian striker Christian Benteke, experienced Brazilian center back Alex and promising young striker Andrea Venturi have joined Newcastle United. The trio met each other this Thursday to sign their contracts at the same time, a scheme that new club owner Liam Corbould had set up to encourage team bonding between new signings and to help them settle in at the club. They have joined up with the rest of the squad in their training camp in Canada.
Benteke joins for an initial fee of £17 million and signs a 5 year contract with the Europa League holders from Aston Villa. The deal could rise to £22 million if the striker makes twenty international caps for Belgium whilst playing for Newcastle.

"When I heard that Newcastle United were interested, it was a simple choice."said an enthusiastic Benteke, 23. "It is any players' dream to play in Europe and to play for the winners of the Europa League is a fantastic opportunity for me to prove my worth to the side. The reason it was so simple was because of my former club Aston Villas' position in the last season. I have spoken to Alan [Shearer], who has told me he will be changing the formation so that it will accommodate two strikers, whereas the current formation only allows one".

"Because he has told me this, I am very optimistic about my first team chances, with Demba Ba having returned to Chelsea and Alessandro Matri getting older, I feel that I am ready to step up and take my chances in the first team. Obviously I know it's not going to be that easy but if I play my best, I hope Alan will see my abilities and play me. As I said, I am fairly confident that I will be playing first team football but I am not going to take that for granted."

With many of the fans in agreement that the player has skill, this seems like it could be a good buy for Newcastle but only time will tell.

"I am delighted to welcome Christian to the club and he is very strong, something which we were perhaps lacking last season. I have, as Christian said, changed the tactic so there is room for both him and Alessandro (Matri) to play".said Alan Shearer. "I hope the signing pays off and we will see how things go. I have already set about asking Gabby Agbonlahor, who was with Christian at Villa, to help him settle in." 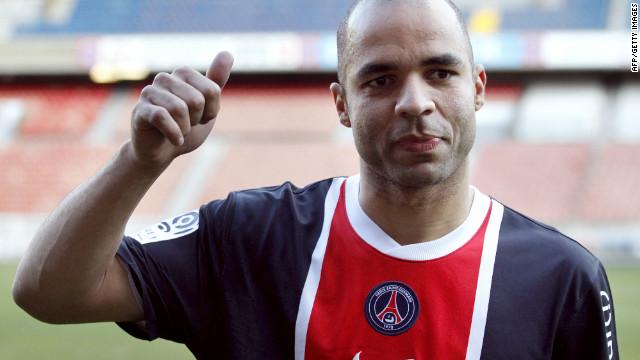 Experienced Brazilian center back Alex, 32, signs from from rich French side PSG
for a fee of £3.8 million on a two year contract. The ex-Chelsea defender said last year that he was preparing for being sold, despite playing twenty league games for the French champions. He apparently was in discussion with PSG manager Laurent Blanc, and was thought to have been told of his low first team opportunities for the next season. He was said too be happy with the talk as it would give him time to find another club before he retires.


"Myself and Alex have had a chat and we've both agreed that he and Fabricio (Coloccini) will be rotating around, due to their age. Both of them are 32 years of age so neither will have a full tank of energy left to play the full 90 minutes." explained Shearer. When I approached him, he told me that he was glad to have the opportunity to see out his playing career in the country where he felt he had learned the most, after spending so much time with Chelsea." 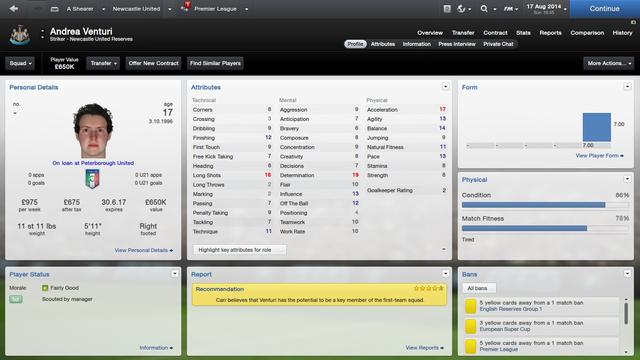 Promising Italian striker Andrea Venturi, 17, joins from Lecce for £725k on a 3 year contract. The signing of Venturi was down to Newcastle Head Of Youth Development Joe Joyce, so he will be tutored by him and the rest of the youth coaching team. But he looks to have a bright future in the game so if trained well, he could be a star.


We asked Alan Shearer if there were to be any more signings. "I wouldn't say there will be any more signings but I'm looking at taking Demba (Ba) back on loan for another season and am also scouting another player I hope to loan." replied Shearer.
Login to Quote

Walsall_Craig
9 years
Fantastic signings, Benteke will be a beast! and excellent signing in Alex, will bring that experience in defence with playing in different leagues.
Login to Quote

LFC
9 years
Yeah I brought in Alex as backup really with a view to possibly challenging Coloccini as they are both aging.
Login to Quote

Walter
9 years
Great signings, and nice updates too keep it up

Louis O.
9 years
Some really great signings, and well done on getting Manager of the Year

LFC
9 years
Thanks, it's good to know you're enjoying it.