Akash
9 years • Edited
Go and get a job! Go and get a girlfriend! Go and get a life!
It is Saturday night and I am lying on my bed, staring at the ceiling, waiting for some kind of miracle to come and save my life. My resumé was excellent, being near the top of my class for most of my student life. I knew that and so did everyone else, but the reason for my unemployed was a lack of real life experience. While my classmates and friends interned at research labs and marketing companies, I spent my summers in the Indian FA Coaching Classes. I am a licensed coach who no one wants to hire. The i-League has no coach slots empty, and every Indian league other than that have no need for coaches - just friends who play together and want to somehow make it to the i-League. Oh, and the voice you heard earlier, that was my grandmother, who has been forced to sell her stitched tablecloths and napkins to support me. Yes, you heard that right - I am a 25-year old, unemployed man, with FA Coaching Badges, leeching off my 80-year old grandmother. 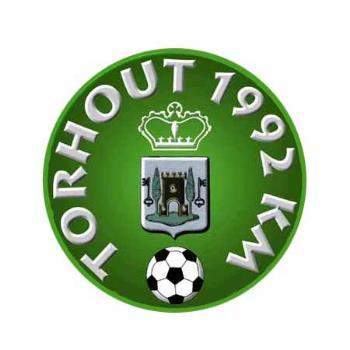 Akash
9 years
For months, I went from club to club, begging for an opportunity to manage their club. I am pretty sure Mancini and Mourinho never had to do this before getting their big break, but I was desperate. I was always interested in football, although I never really played it, and a coaching job was much better than the server's job I had at that moment. 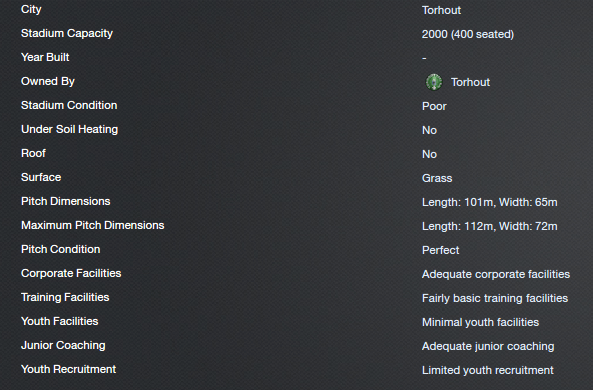 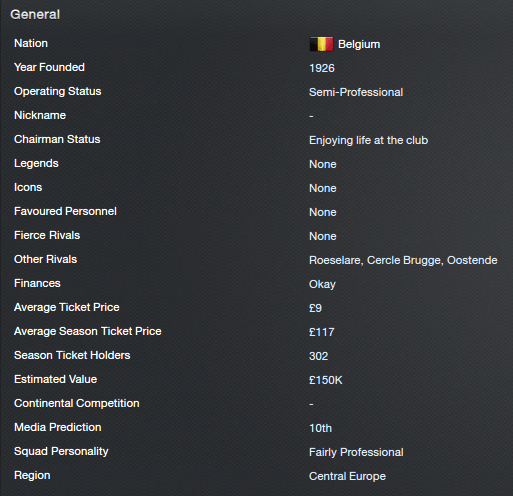 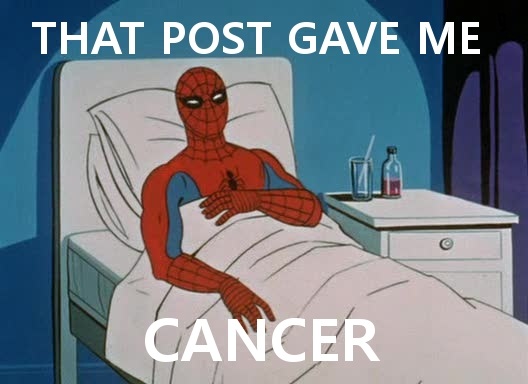 Akash
9 years
My first couple of weeks as Torhout manager were anything but smooth sailing. Before I could even meet the team, I was told by the Director of the club that I would need to add some fresh talent to the squad. I agreed, but every player I approached had absolutely no interest in signing for us. Whoever said "Beggars can't be choosers" never met this lot of Belgian free agents. After heavy negotiating and lots of rejection, I was told by one helpful youngster that our club lacked ambition. What he said made sense to me. Almost all of my coaches weren't developing their own skills or the players', the scouts weren't really ambitious in their searches either. Before I could sign players, I needed to sort out my staff. 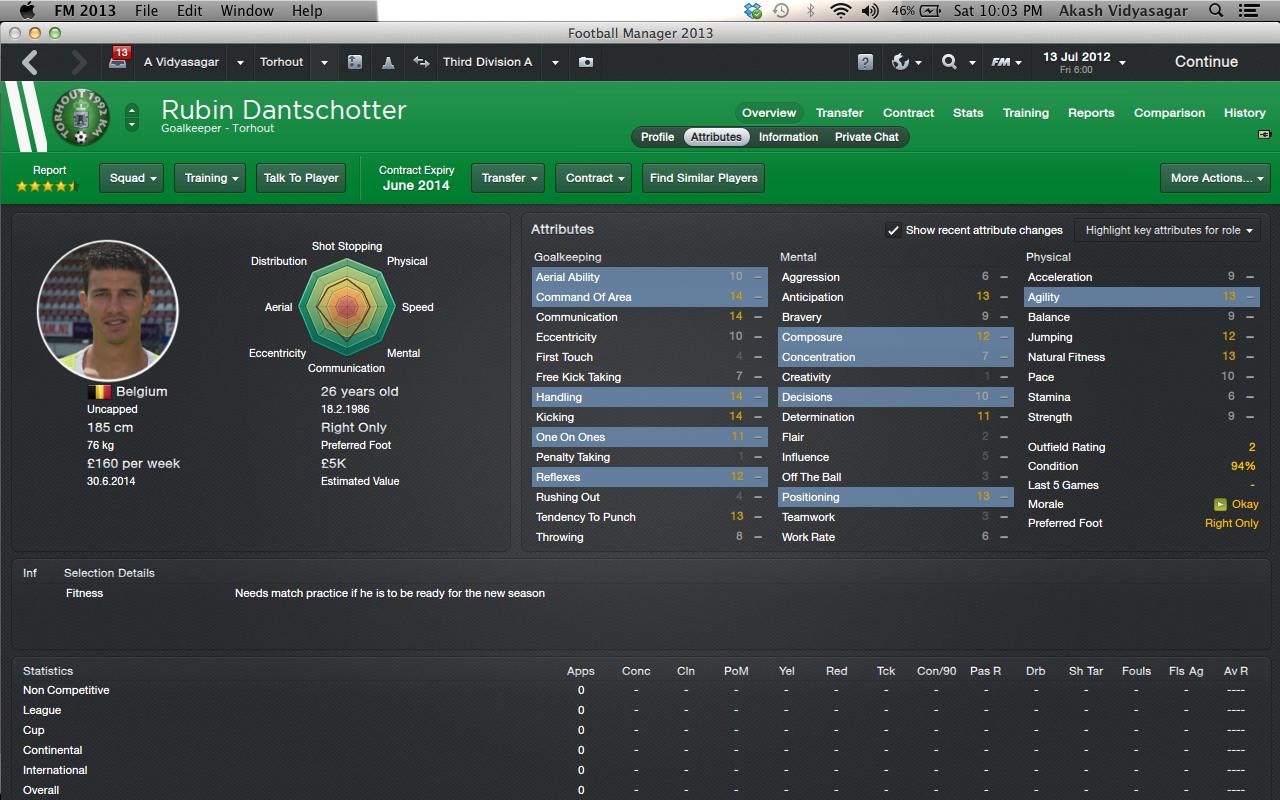 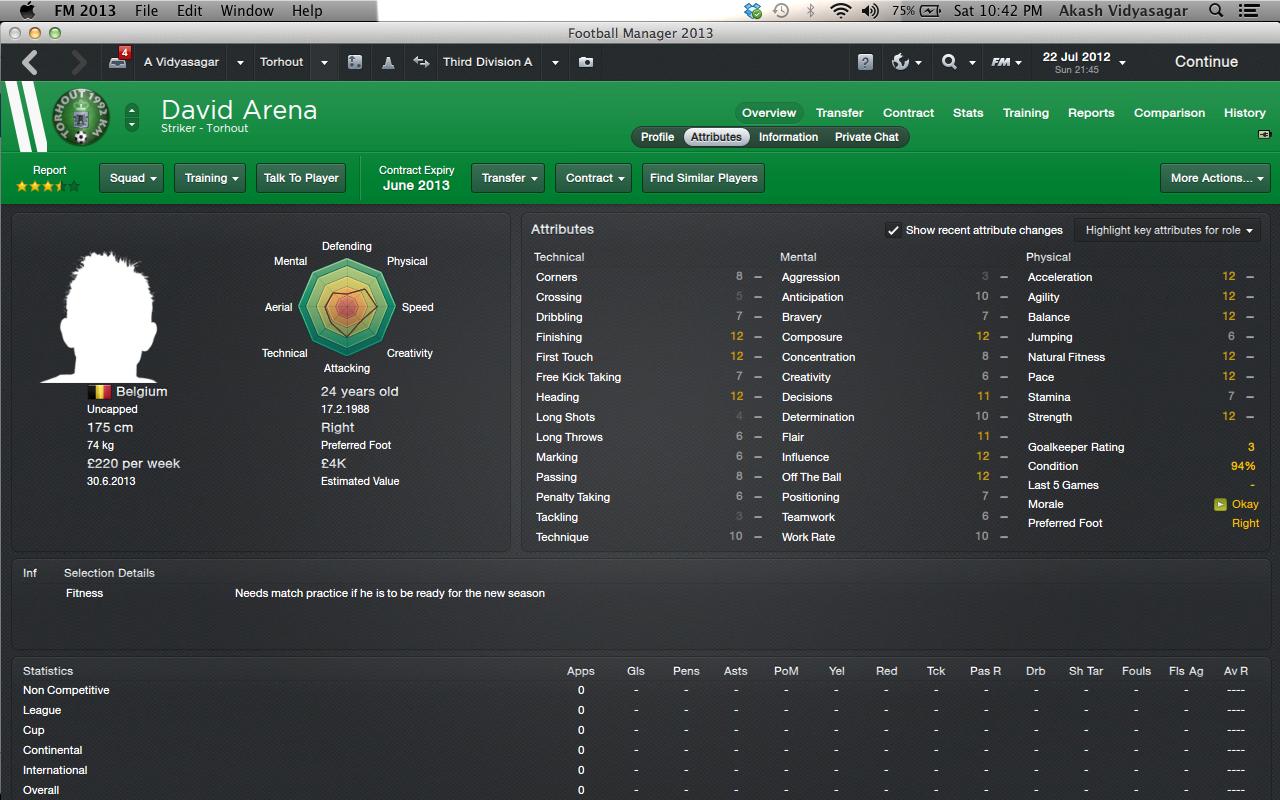 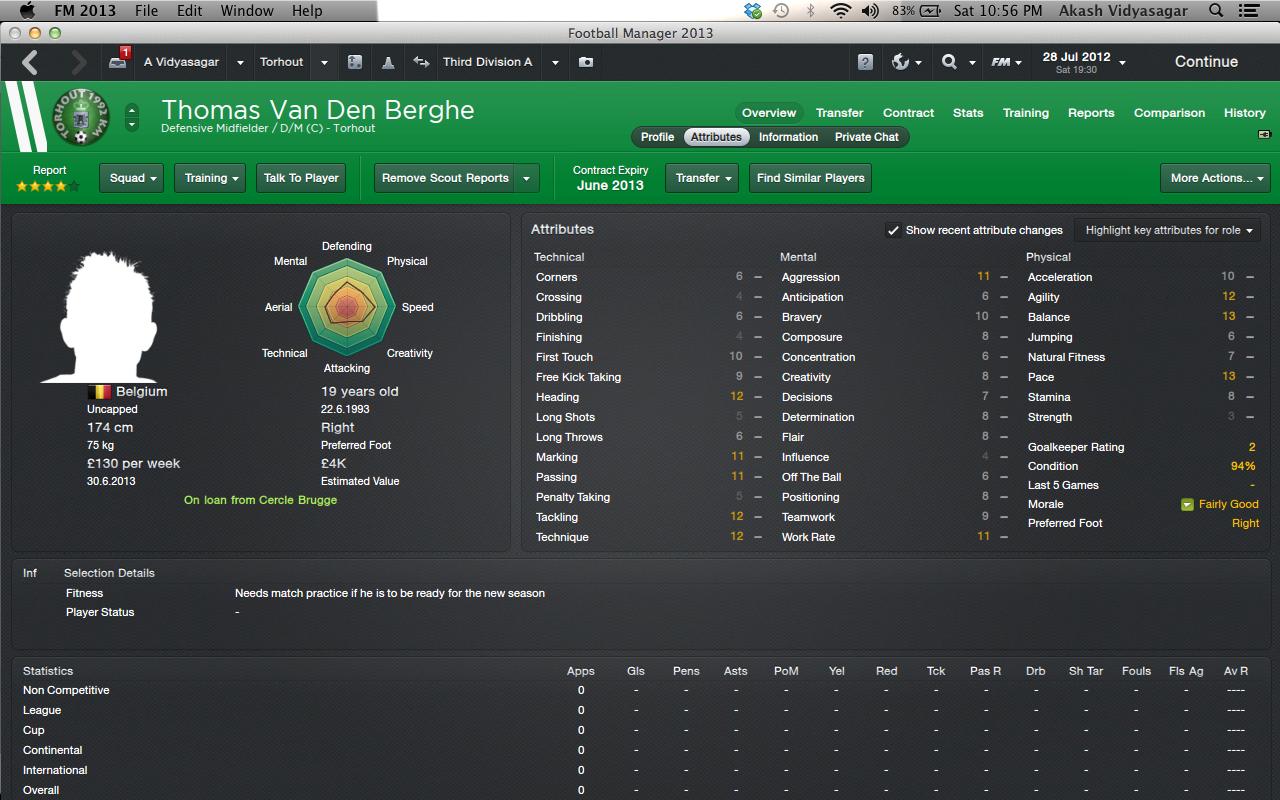 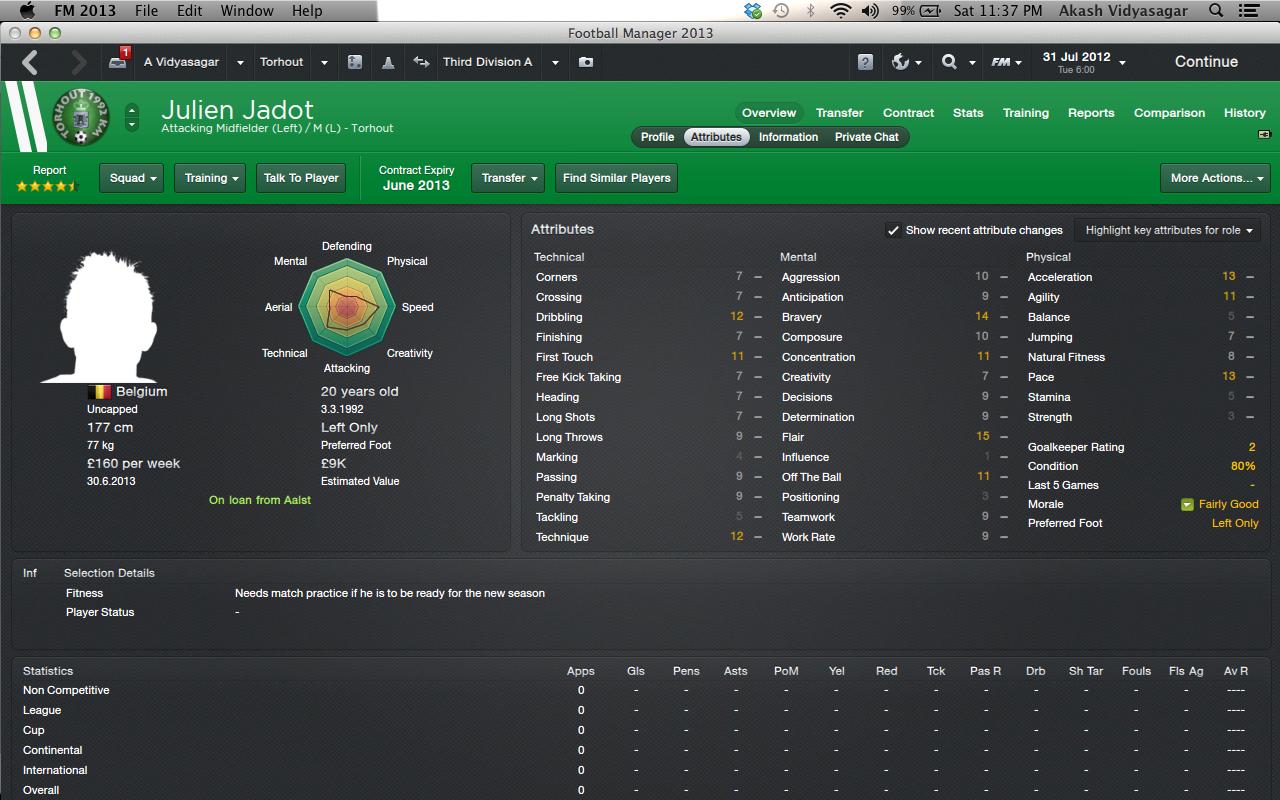 Jozef
9 years
An Akash story is always great, one of your stories made Louis join this site, which led to me joining. So thanks Akash.
Login to Quote

Akash
9 years
Every club, like every person, needs someone to look up to. A parent club can do wonders for the feeder club - with loans, ideals or just an annual friendly. For that, I needed to persuade my board to approach a club. They weren't too fond of the idea to begin with, but once I explained the importance of a parent club, they got onboard. 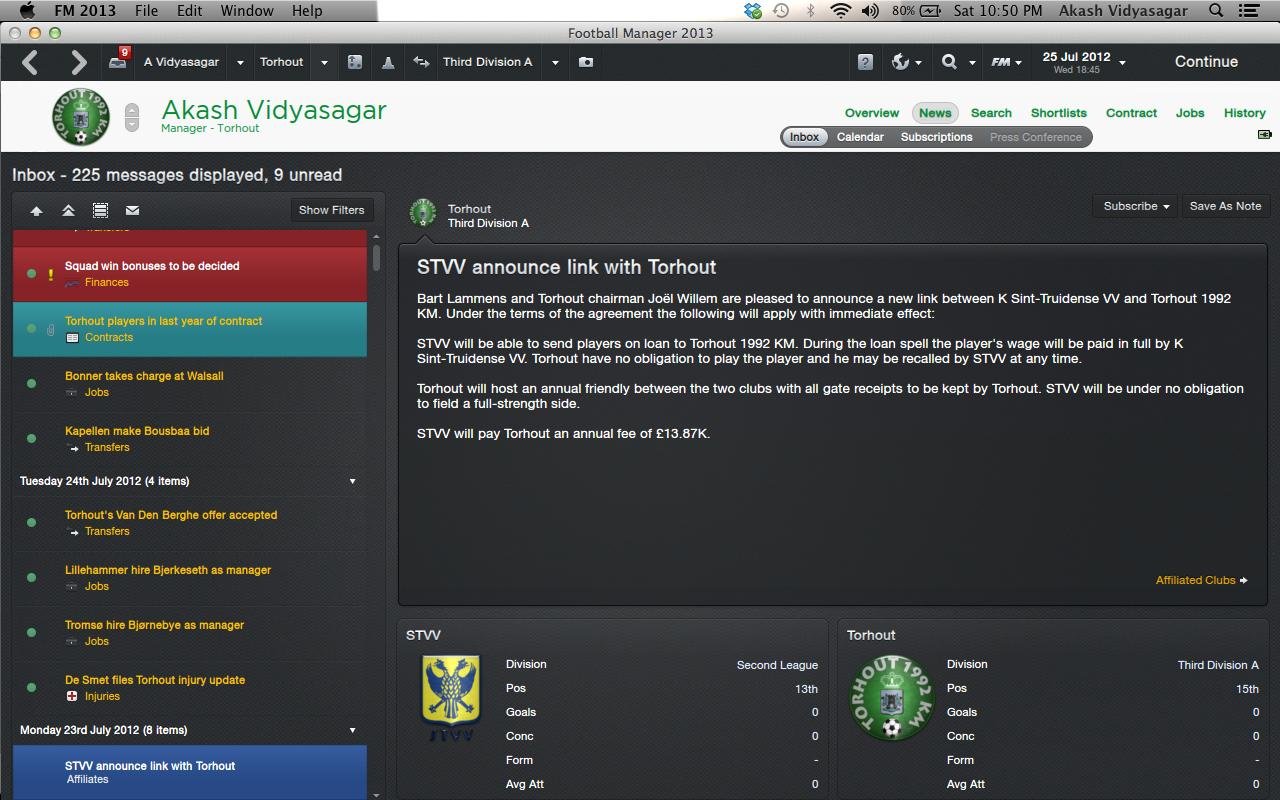 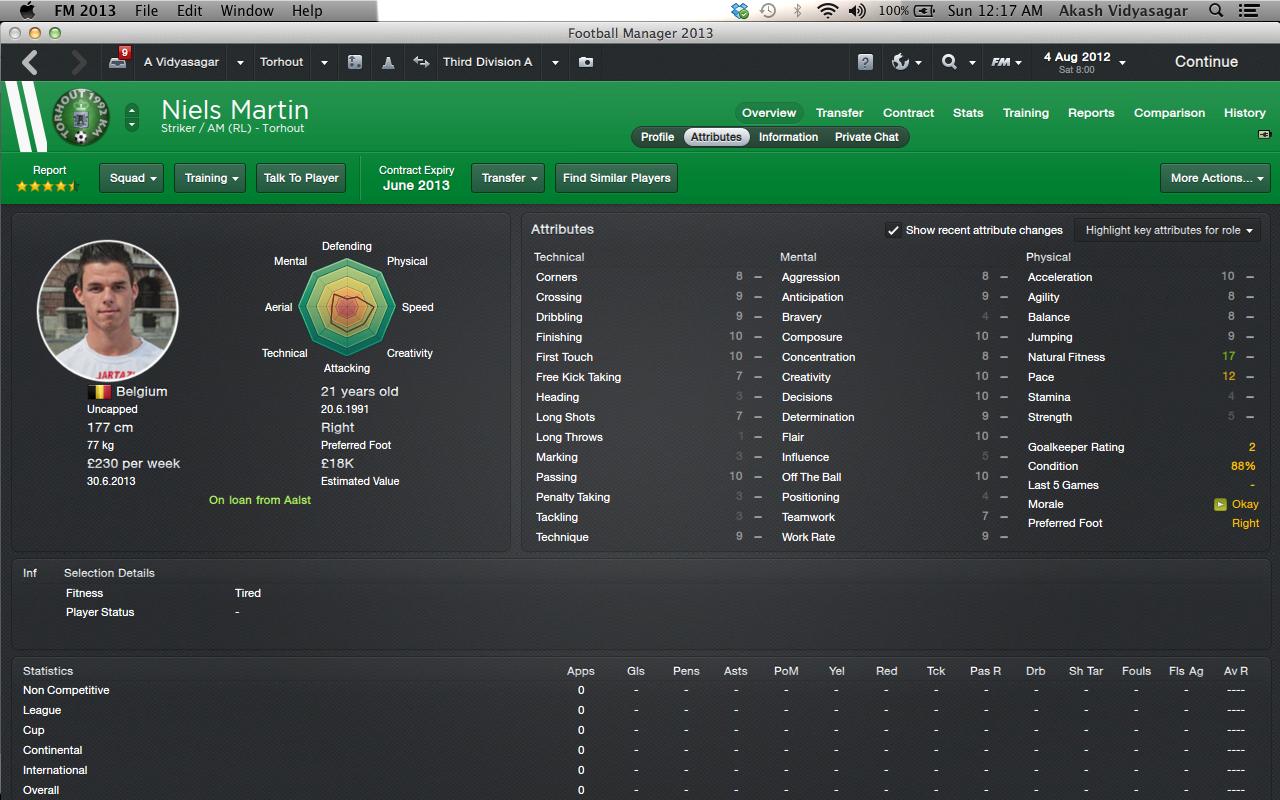 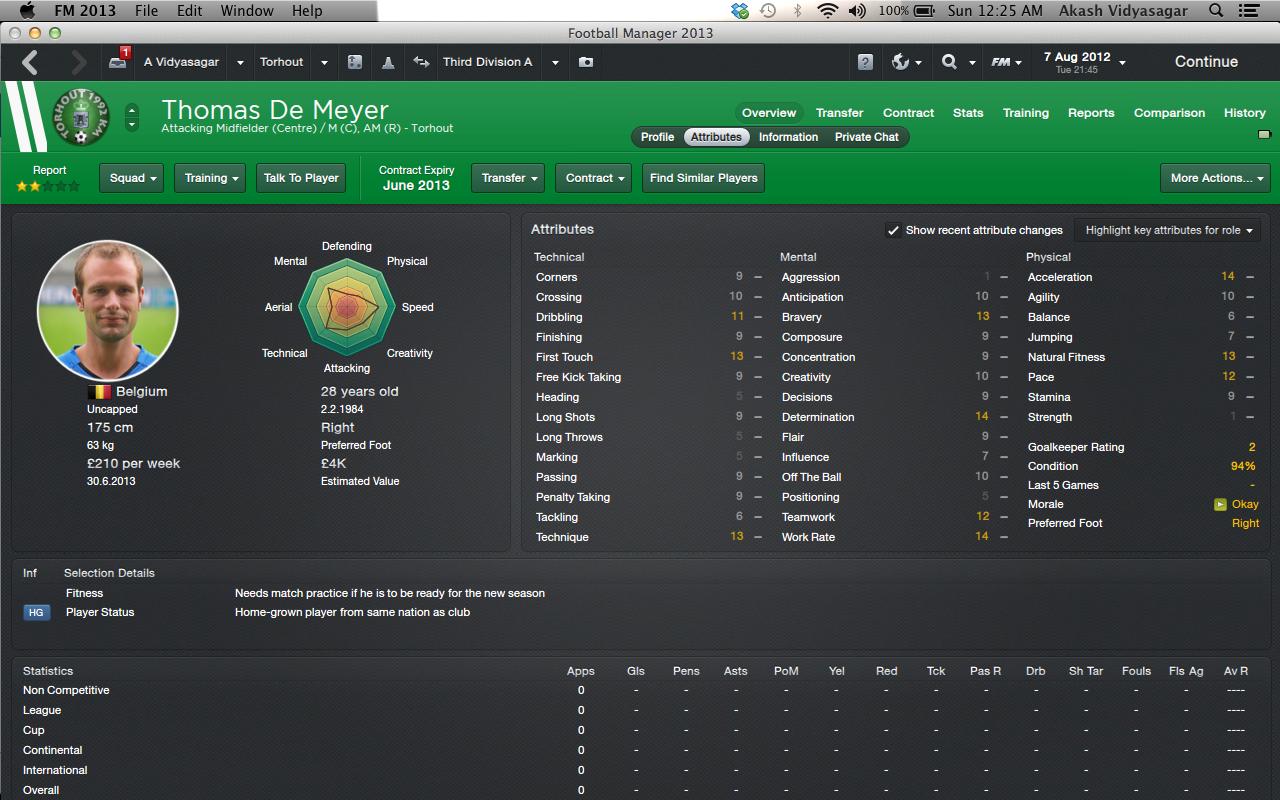