Thanks I am really enjoying it
Login to Quote

- Hannover got off to a decent start today in the transfer window today with them sending veteran Steven Cherundolo to Gladbach for a cut fee of 500K. Some fans expected to get more but Zeeb quickly reiterated Steven's age which is no where near a young and fruitful one (33). So cashing in on any half decent price sent to them for the right back.

- Only a few hours later Hannover confirmed a deal with Swiss team FC Basel sending there Austrian Aleksander Dragovic to the Central German club. The center back joined to take up the fourth spot on the list for defenders. Presumably he won't be much of a back up because of his ever present form in the Swiss League this season. 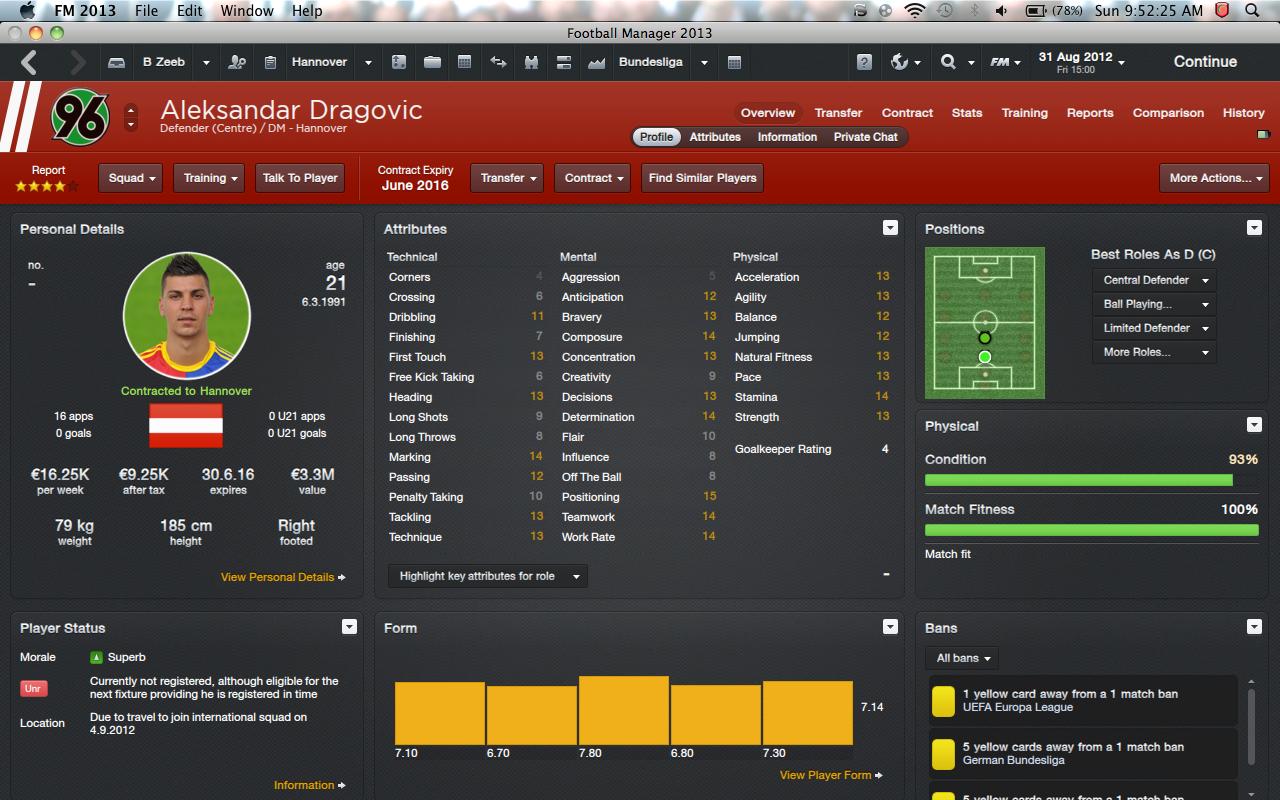 Deleted
9 years
Dragovic is quite good in real life so hopefully he's the same for you. Nice Europa League banner btw. Where you get it?
1
Login to Quote

Mvan made it for me

Its real good! and yes he should be good
Login to Quote

This weeks games in the Bundesliga has been a surprising set. Many fans will have been left shocked at some of the results and the best come from Mainz and Furth's home games. Furth got off to a rocky start after a close game against Hannover last week but have quickly bounced back. They have bounced back in such a way that every jaw linked to the Bundesliga has dropped. Furth led Schalke to another consecutive loss in the league as Schalke's dismal start continues. That wasn't even the surprising part. Furth slotted six goals against Schalke who had nothing to reply with.

In the other surprising Mainz gave an excellent showing to Bayen Munich in the first half leading themselves two nil up come half time. That was short lived as two of their veteran midfielders found themselves taking early baths due to rash challenges. Bayern's professionalism and clinical finishing managed to safely finish them with a point to take home to the disappointed fans.

Dragovic and Mane managed to find themselves in the line and subs respectively in the fixture.

After the clash Zeeb agreed to being asked a few questions on his current take on time at Die Roten.

So Mr.Zeeb, how has your stay at Hannover been so far?

Truly great! I was itching to get back into the sport before being picked up by Hannover and the club is absolutely amazing. The players, staff and fans all are really behind me and I can feel it.

Thats good to hear. With the window just having closed how do you think it went for your squad, its depth and development?

Really well. Unfortunately we had to let go of two of our prestigious strikers but we have seen one taken up the spot very affectively that was left behind. Along with that the depth is perfect and development is continuous. I am understanding the players more now and I look forward to working with them all. I am also anxious to get the new players integrated into the squad.

Where do you hope to be finishing come the end of the year?

It's early to say but, I would hope we would make around a top six place. If we can though I would love to grab a Champions League position for next year. That would help grow the club and give the players what they deserve.

And thats all we have time for thank you Mr.Zeeb

You're welcome anytime my friend
Login to Quote

Deleted
9 years
Cool update, I like the little fixture round-up too. Very Interactive
Login to Quote 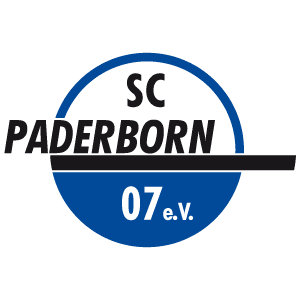 Paderborn, Hannover's affiliation linked club has been in the thick of it lately. Hannover's manager Beno Zeeb has been seen at many of their games over the past two weeks due to the fourteen day break between Hannover's Bundesliga fixtures.

Many people have been critical of Zeeb's attitude towards the affiliation club. Stating that he should be spending more times at the club rather than at the Paderborn games. Zeeb stated as a reply that spending time working with the affiliated teams can be just as important as working with the at times. Developing healthy relationships is part of football.

Some other punters believe that Zeeb might be going to the games to take a proper look at some of the talent in the lower division. This rumour seems almost a certain truth due to the fact that Hannover requires more quality in their youth department and generally young players get more play time in the lower leagues. To fuel this even more Hannover chairman Kind announced a week ago that youth facilities are going to be improved. The construction will end 17th October 2013.

Diouf 89
(Pinto gave away a penalty... I was chapped. Thats how they managed to draw with us)
http://cdn.content.easports.com/fifa/fltOnlineAssets/2013/fut/items/images/kits/web/j0_38.pnghttp://cdn.content.easports.com/fifa/fltOnlineAssets/2013/fut/items/images/kits/web/j0_485.png 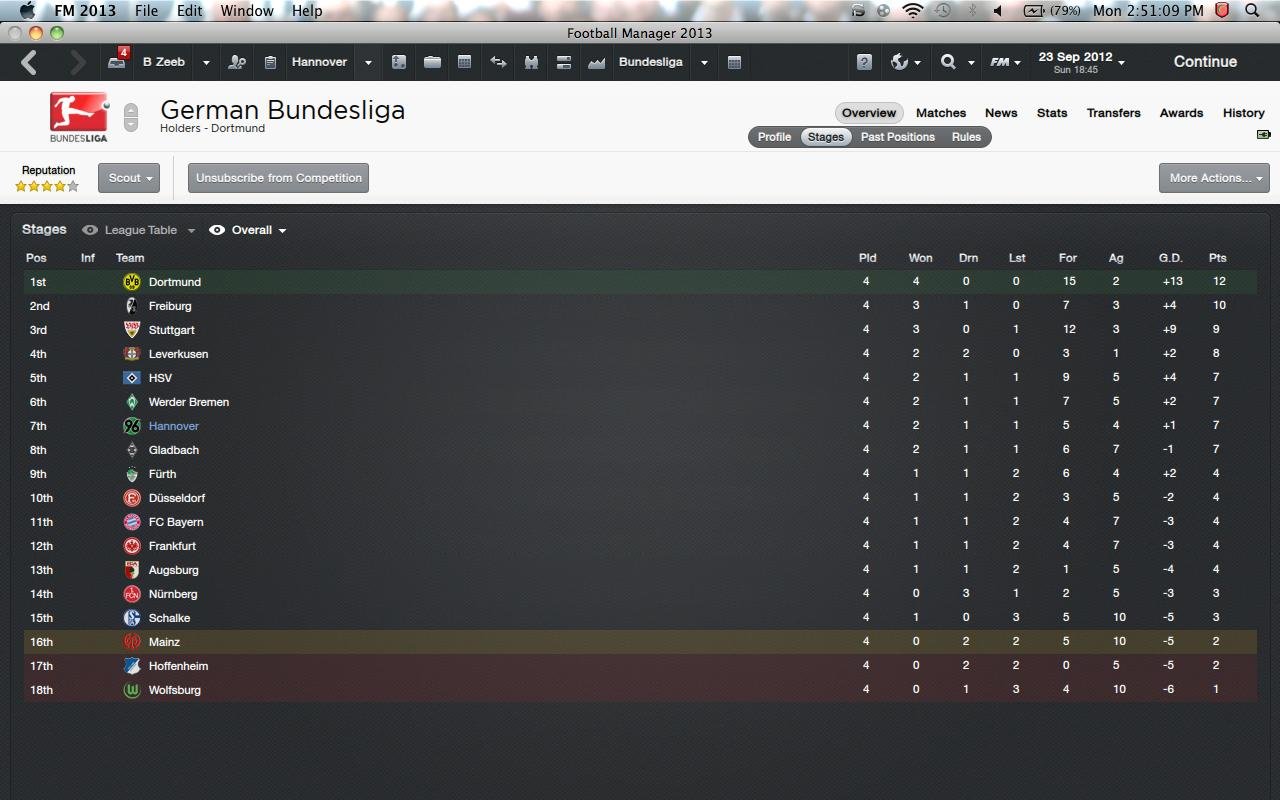 Neal
9 years
Not the best results especially against Freiburg but a great win over Sheriff. Keep it up!
Login to Quote

Deleted
9 years
Tough month. Freiburg were my bogey team in my Gladbach save and Bremen away isn't easy too.
Login to Quote

Yeah I wasn't too happy with that result. It was an odd game we hit the post a few times and it was fairly tight but they ended up winning

I was more pissed about the Werder Bremen game.
Login to Quote

Newly appointed manager Beno Zeeb has only just started his career in football managing and has started off differently than what people expected. Out of the twenty games he has been in charge for he has won fifteen of them. An impressive tally for a rookie. Many fans believe that Zeeb is well on his way to going down in history for one of the best signed managers in years. Time will tell though as it is suggested that Zeeb has only been challenged by the lower teams in the league and tournaments. Hannover have still yet to play Dortmund and Bayern in the Bundesliga. In the Europa they still have yet to play Newcastle and Inter arguably the two favorites to move on from Group I in the tournament.

Zeeb personally though has described his time with Hannover as 'fantastic' not expecting to have as much enjoyment in the world of managing as he is. Is he just lucky? Or has not gone through the tough bits yet? As said earlier these are questions that only time will tell, but one thing is for sure if Zeeb manages to keep this form running then it won't be long till Hannover will have to fend off offers from bigger clubs for their rookie manager.

Duncanwilliam7
9 years
Great stuff, top notch read as well. Sadio is a great little player, love him but quite expensive.

Although disappointed that you beat my VfB