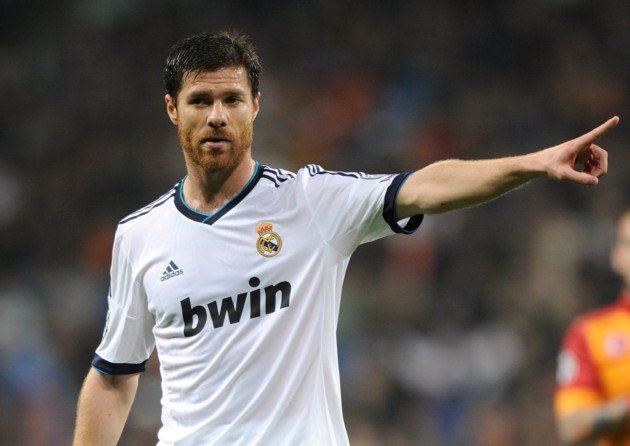 Xabi Alonso’s agent has confirmed the Spaniard has rejected a contract offer from Athletic Bilbao as he holds out for a new deal from Real Madrid.

The Spanish midfielder’s contract expires at the end of the season and agent Julio Alberto Ambros has confirmed Alonso has decided to reject an offer from Bilbao as he awaits a new deal.

Should Madrid fail to renew, Ambros says the 33 year old’s ambitions will be to play elsewhere other than in Spain as he searches for a new challenge.

“We have had an offer which was from Bilbao. Our decision was to reject for many reasons, mainly due to Alonso’s wishes to continue with Real Madrid.

“I don’t think a move to Bilbao would be suitable for him or his reputation either being a former Real Sociedad player. If we don’t receive a fresh offer from Real Madrid, you can expect Alonso to move away from Spain.

“We are more inclined to a new challenge so a move to Italy, United States, Russia etc. is something we may eventually look at as opposed to staying in Spain.”

Alonso has 206 appearances for Real Madrid since leaving Liverpool back in 2009, scoring a total of 17 goals.
Login to Quote

HamoudiLFC
7 years
Ah /: Tough luck, would've been great to have Alonso! Keep it up!
1
Login to Quote 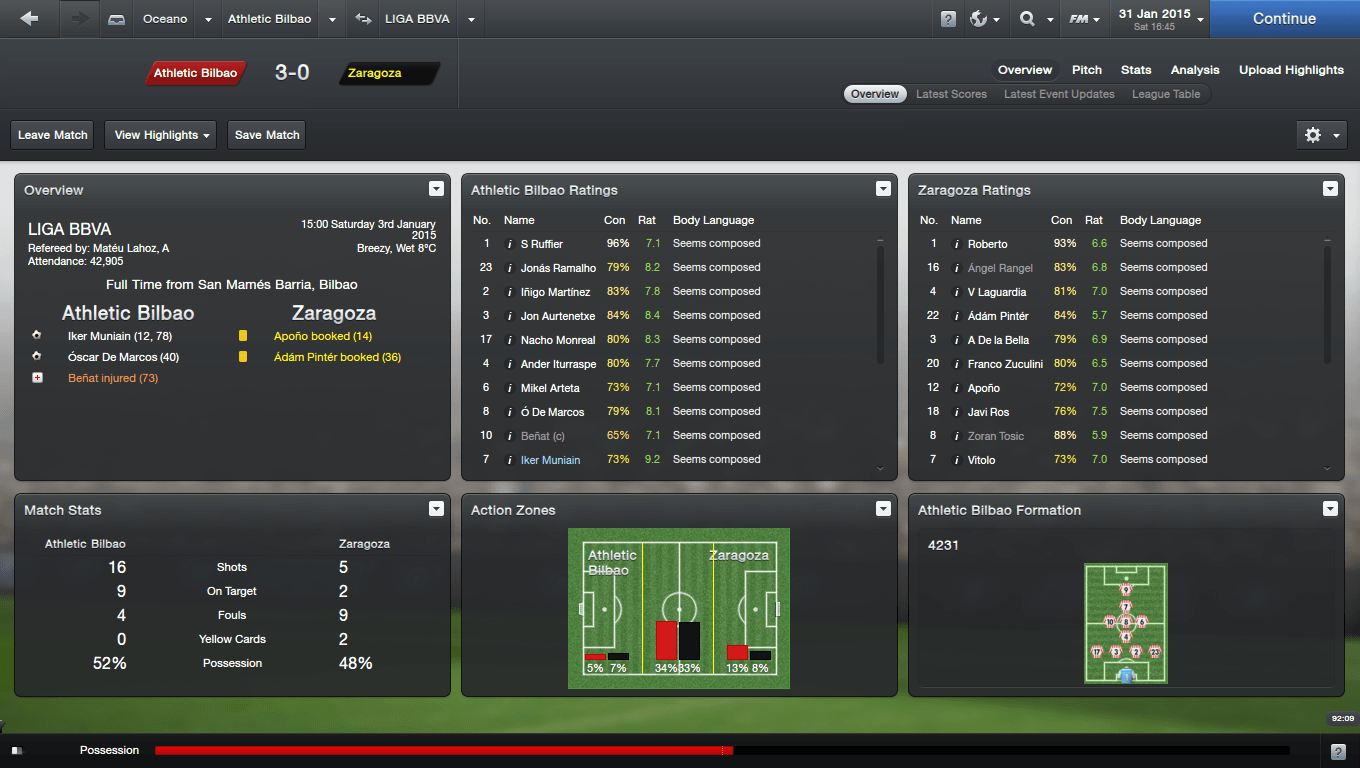 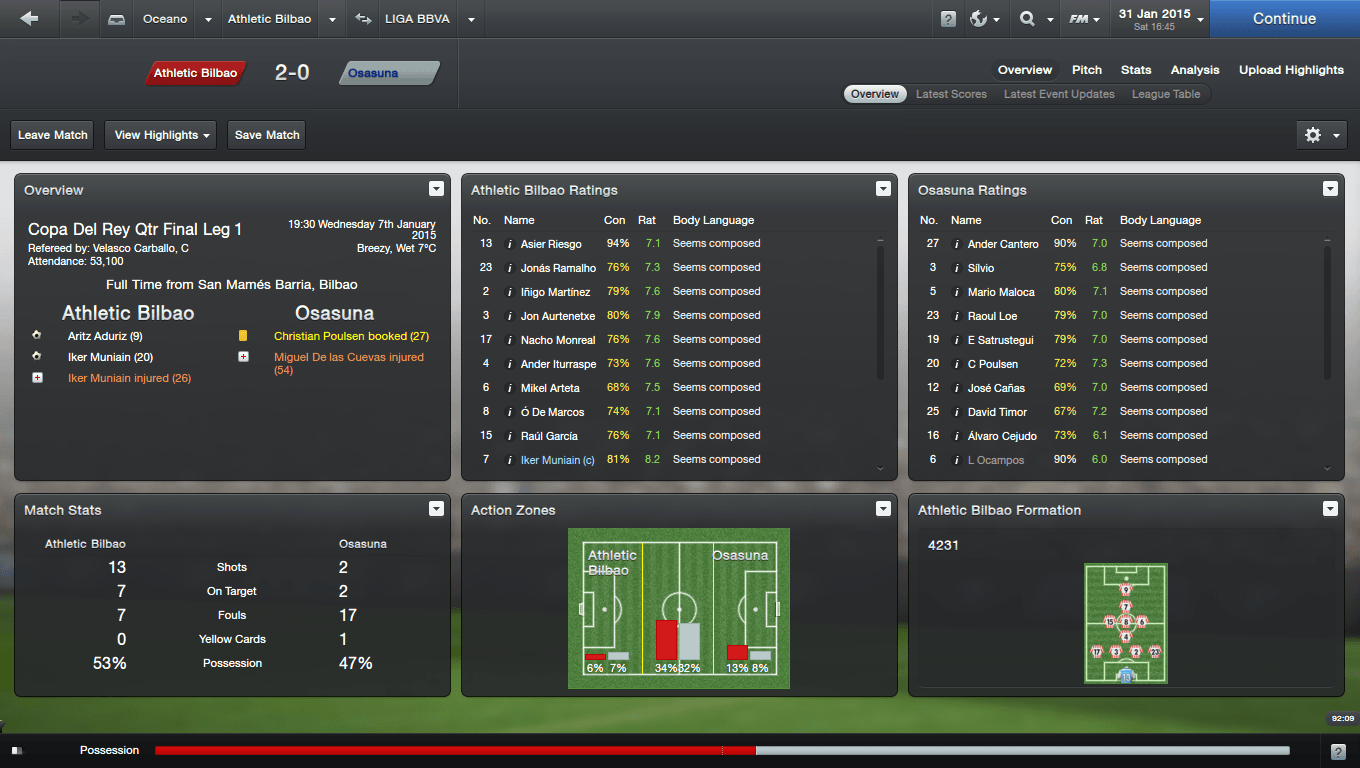 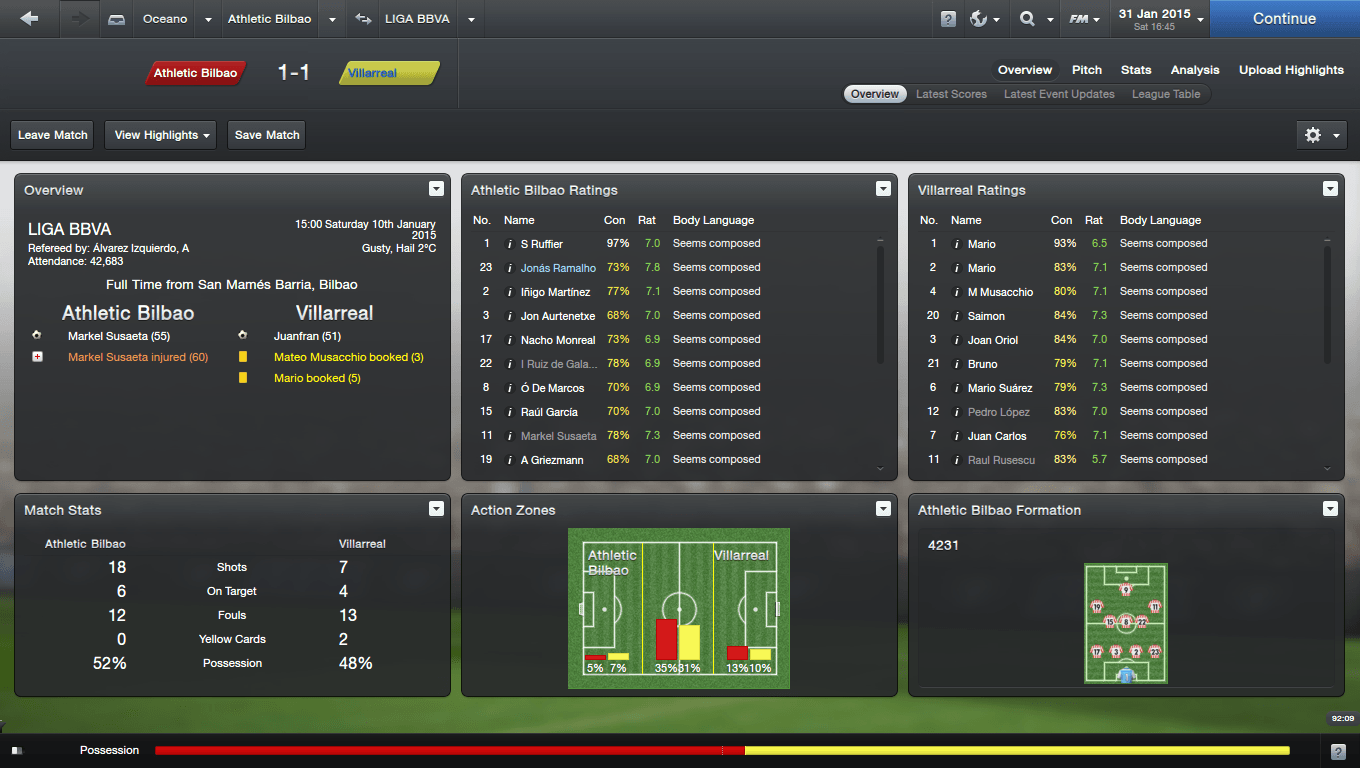 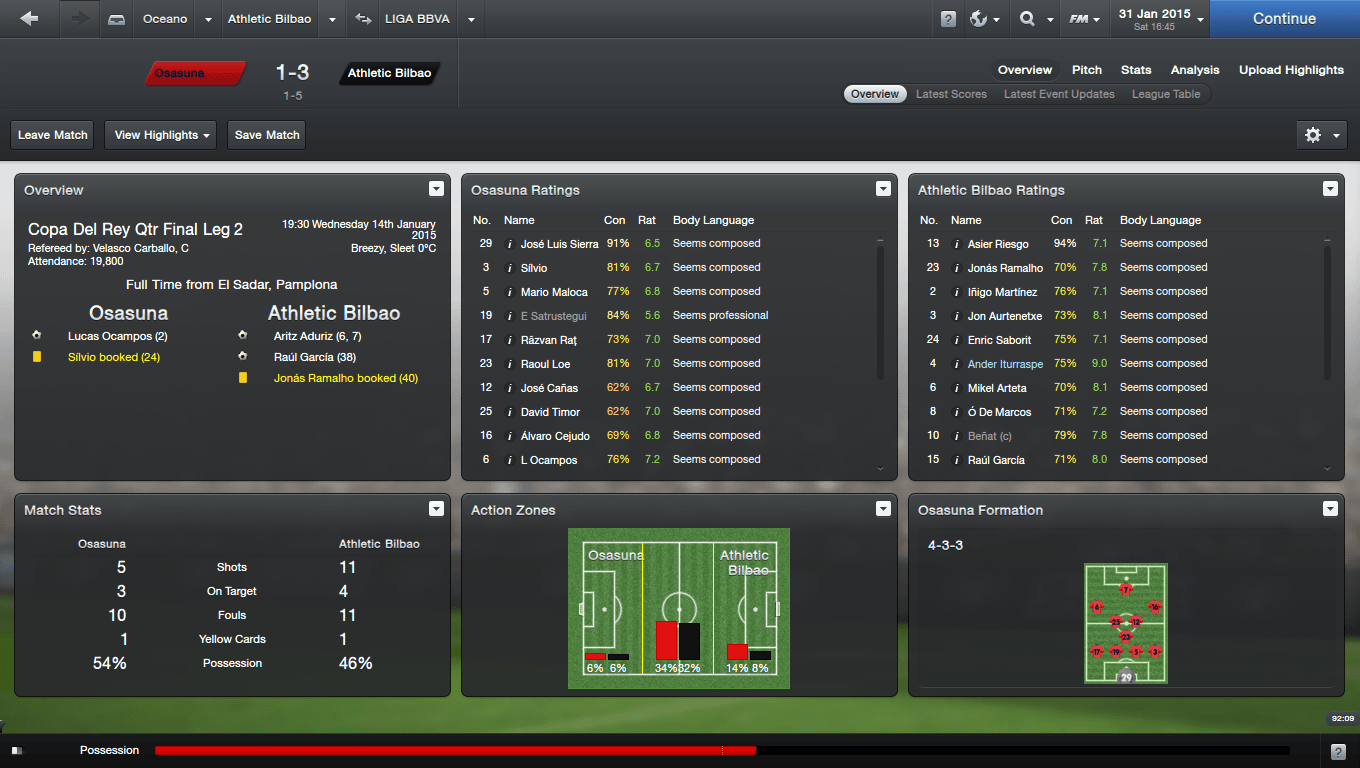 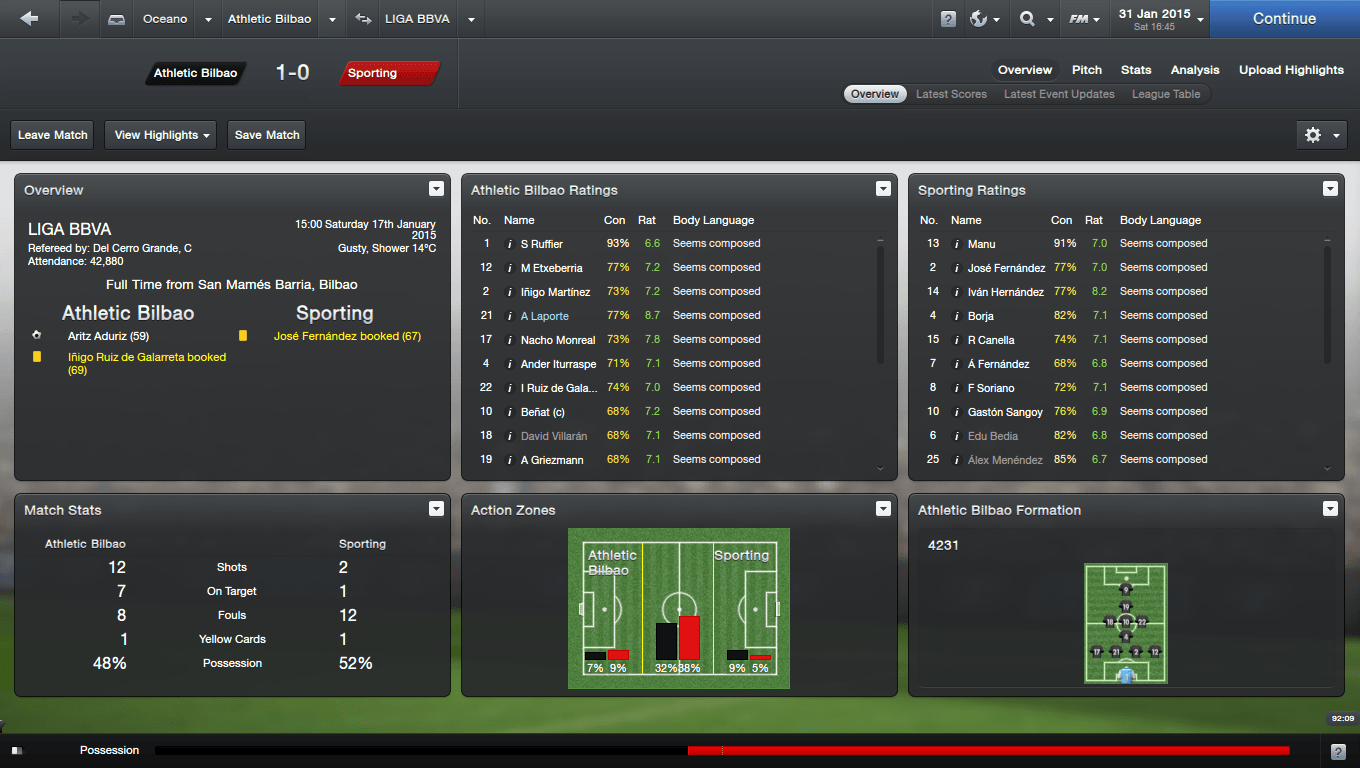 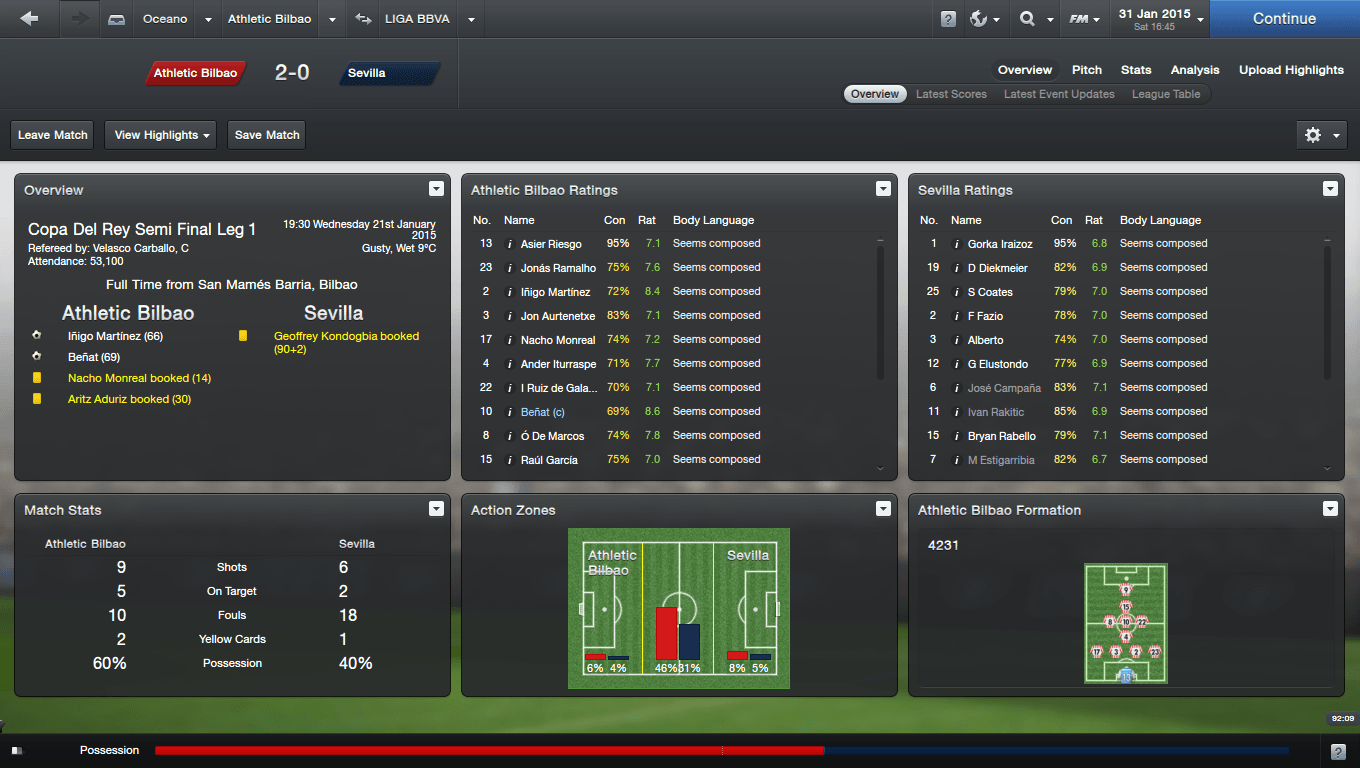 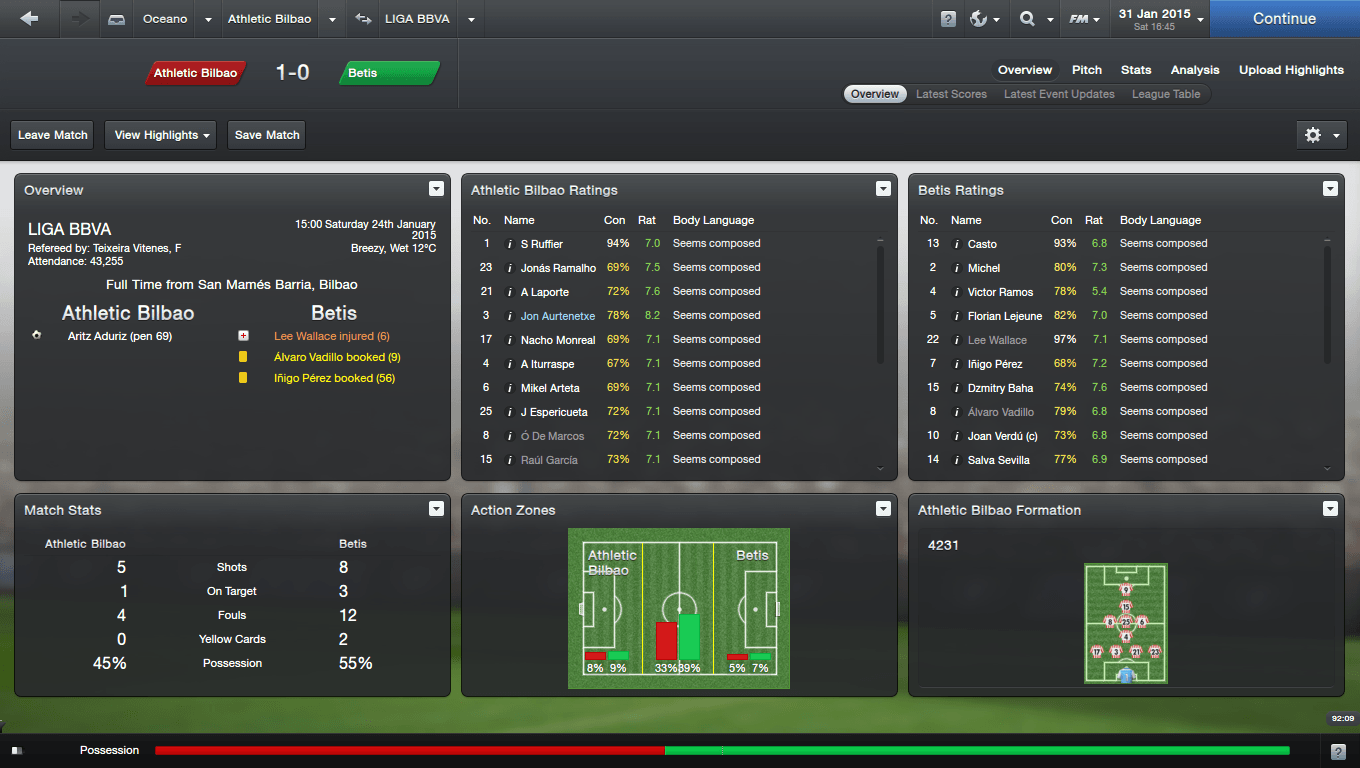 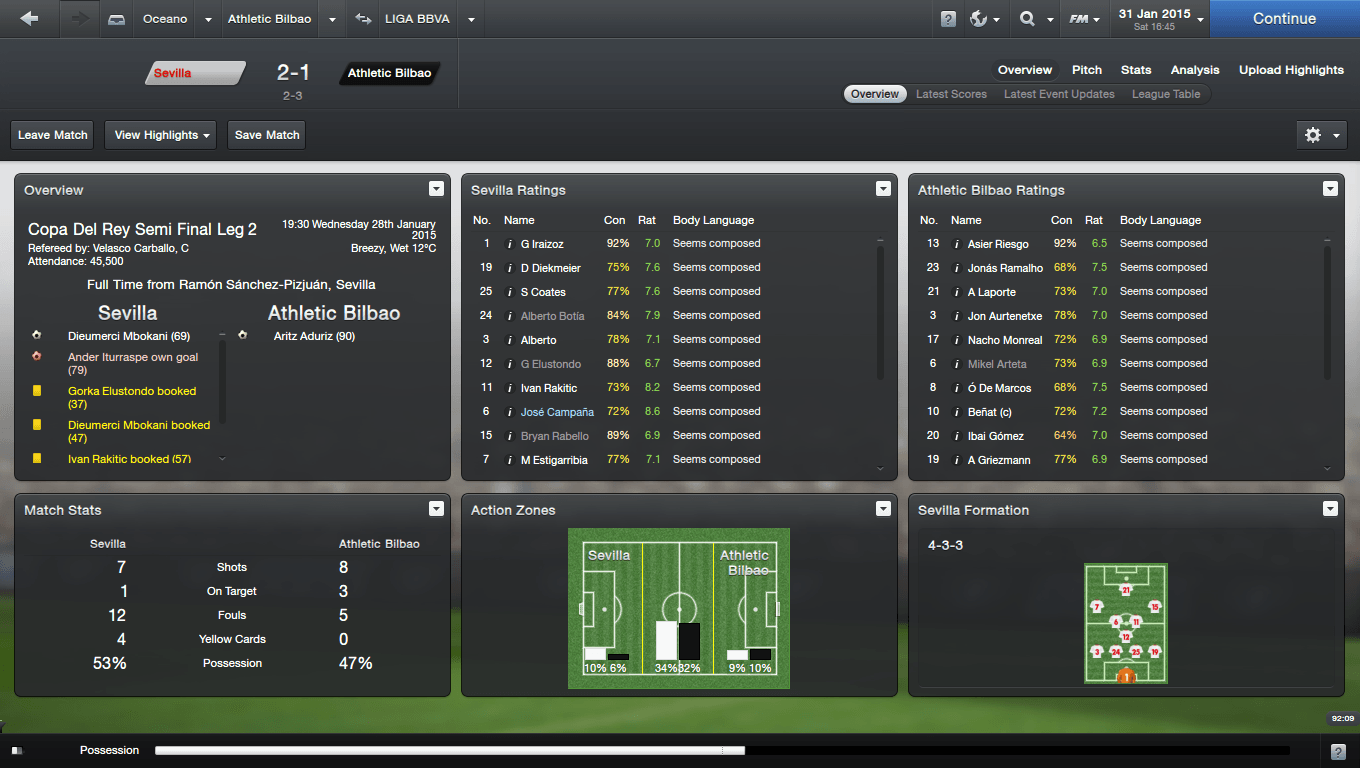 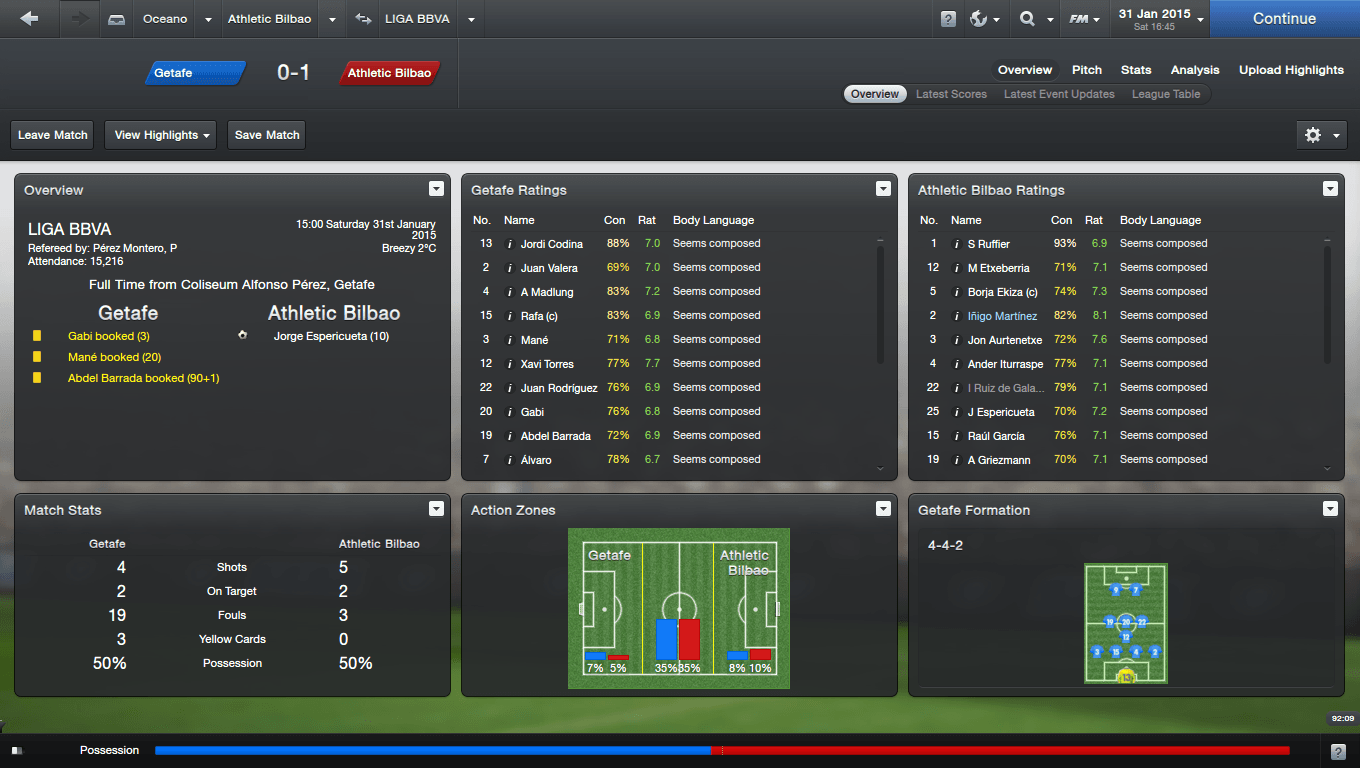 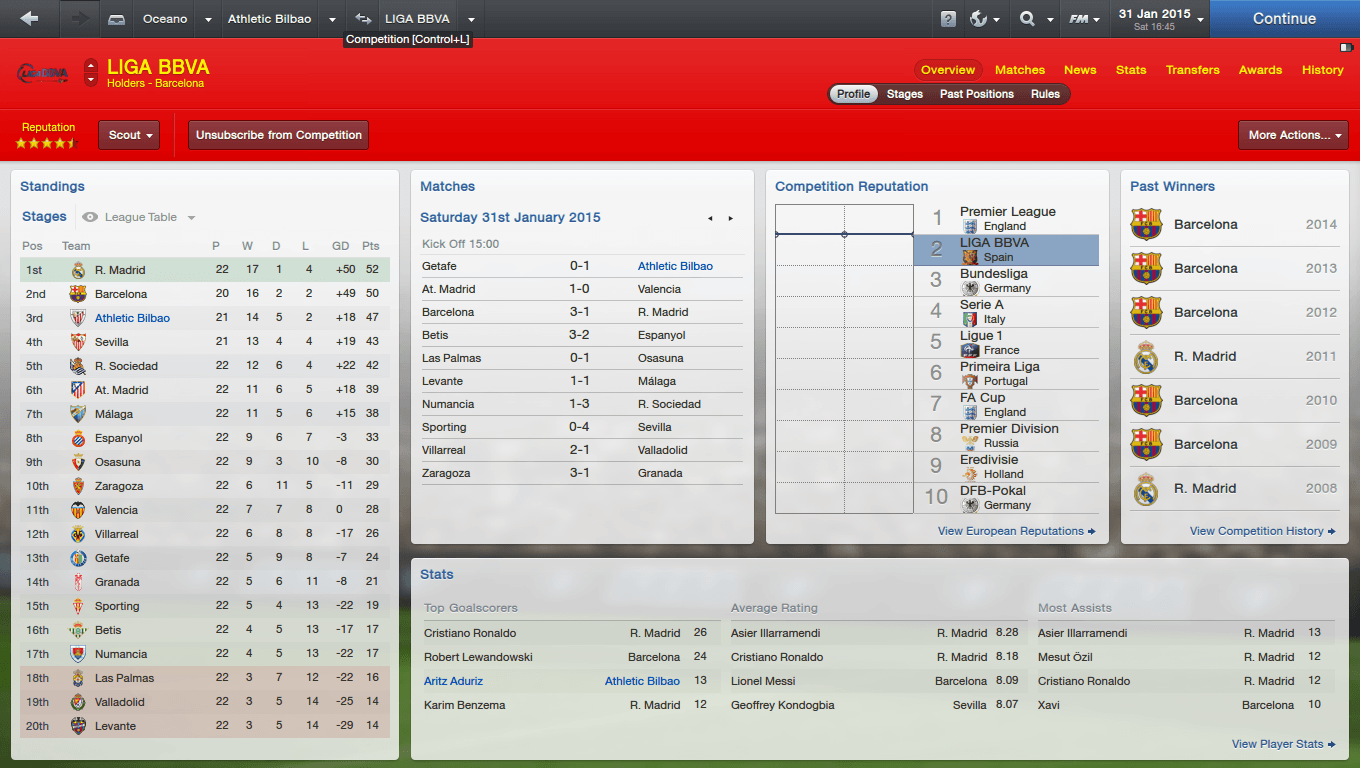 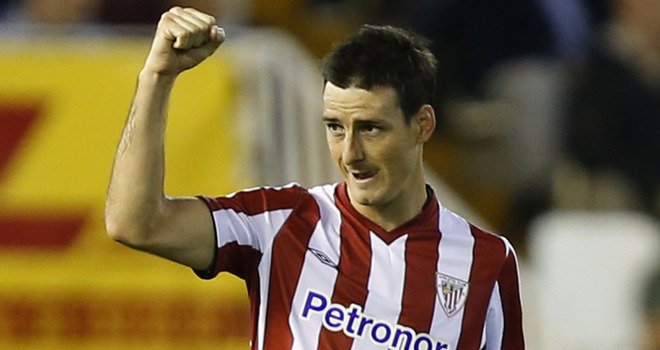 
Aduriz keeps on producing the important goals and it’s incredible how swansong his year has been! I couldn’t think of anyone I’d trust more in front of goal. Long may it continue.


A much better month from us this time, winning every single game but the one versus Sevilla, which tasted like a win anyway. We are slightly closer to Real, just 2 points away if we win our game in hand. For the third time in a row, we are also in the final of the Copa Del Rey versus none other than Real Madrid. Surely it will be third time lucky?!
Login to Quote 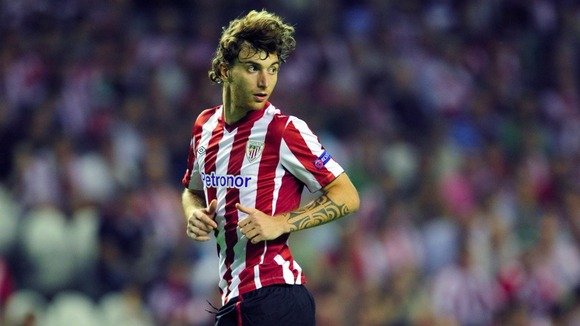 Liverpool has confirmed the departure of Venezuelan centre half Fernando Amorebieta after accepting a £6 million offer from Athletic Bilbao on deadline day.

The Reds also accepted a similar bid from Inter Milan but Amorebieta preferred a return to Bilbao and passed his medical late last night.

Liverpool boss Brendan Rodgers says he is upset Amorebieta has left but believes he had no choice as first team football became hard to deliver.

“You never want to lose a player of his quality. It’s clear he is a decent player but he’s at that age now where he needs minutes before his career begins to stagnate.

“I felt it was the honourable thing to let him go as I could not promise him a first team spot. We were more than happy to negotiate and wish him luck for the future.”

Amorebieta who began his career at Bilbao, left for Fulham in 2012 where he played 32 times before moving to Liverpool a year later for £12.25 million.
Login to Quote

wellsy1498
7 years
Sad to miss out on Alonso

It would have been nice to add him to the squad, get that extra class. Wasn't to be I'm afraid, but we have enough quality midfielders anyway
Login to Quote 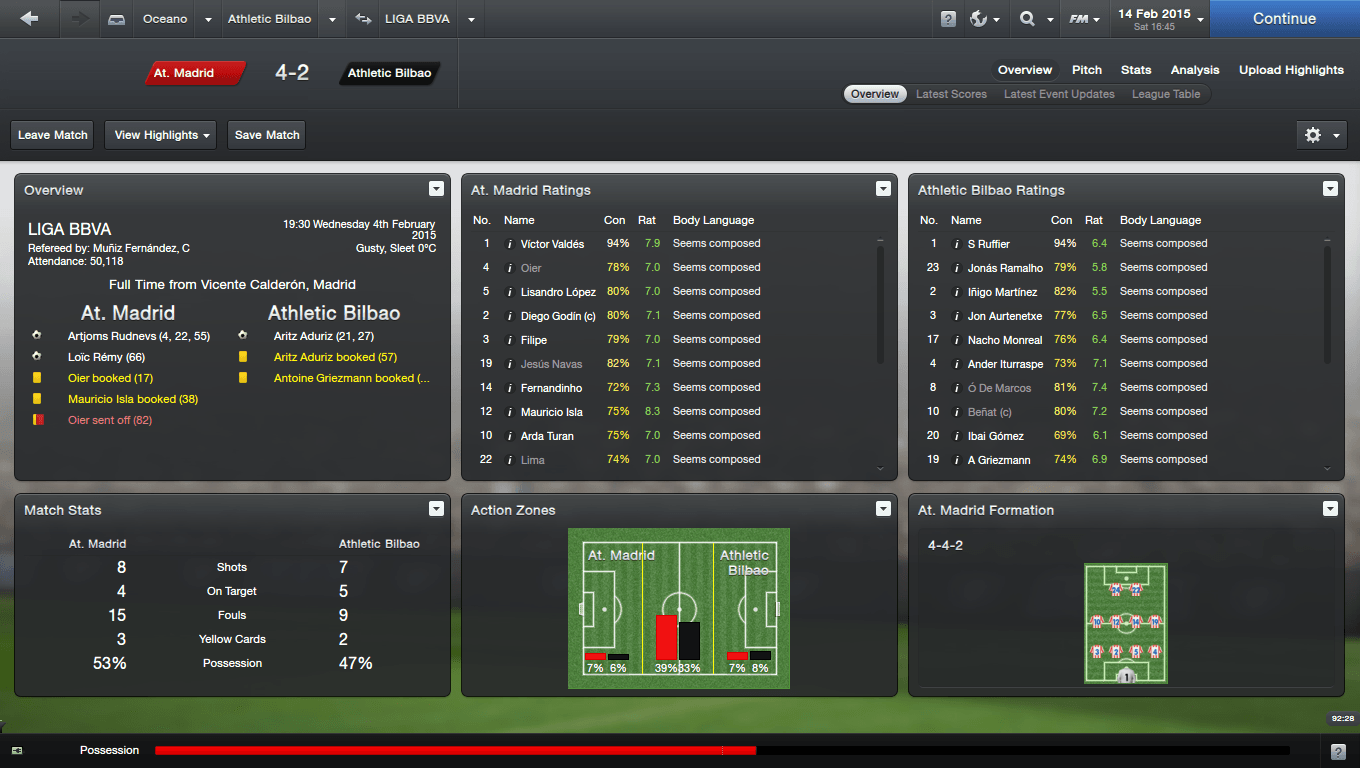 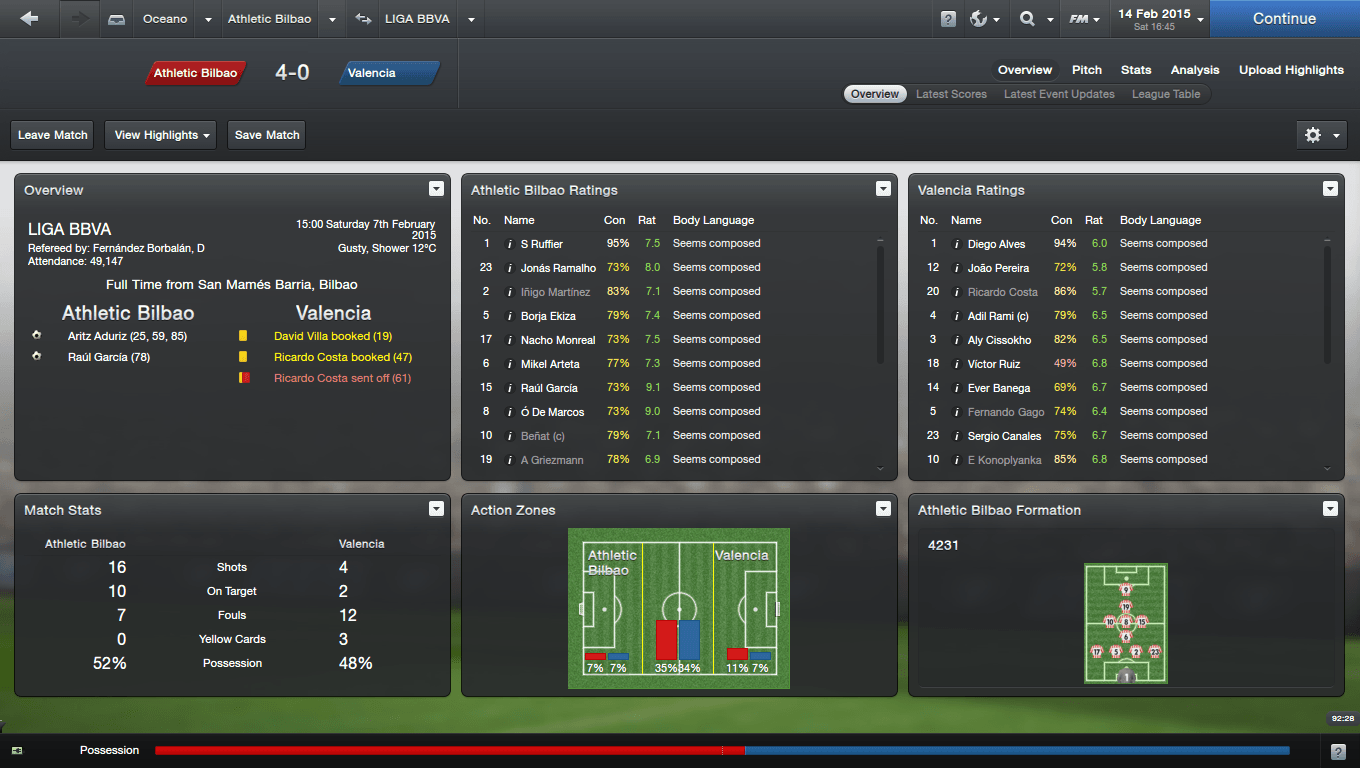 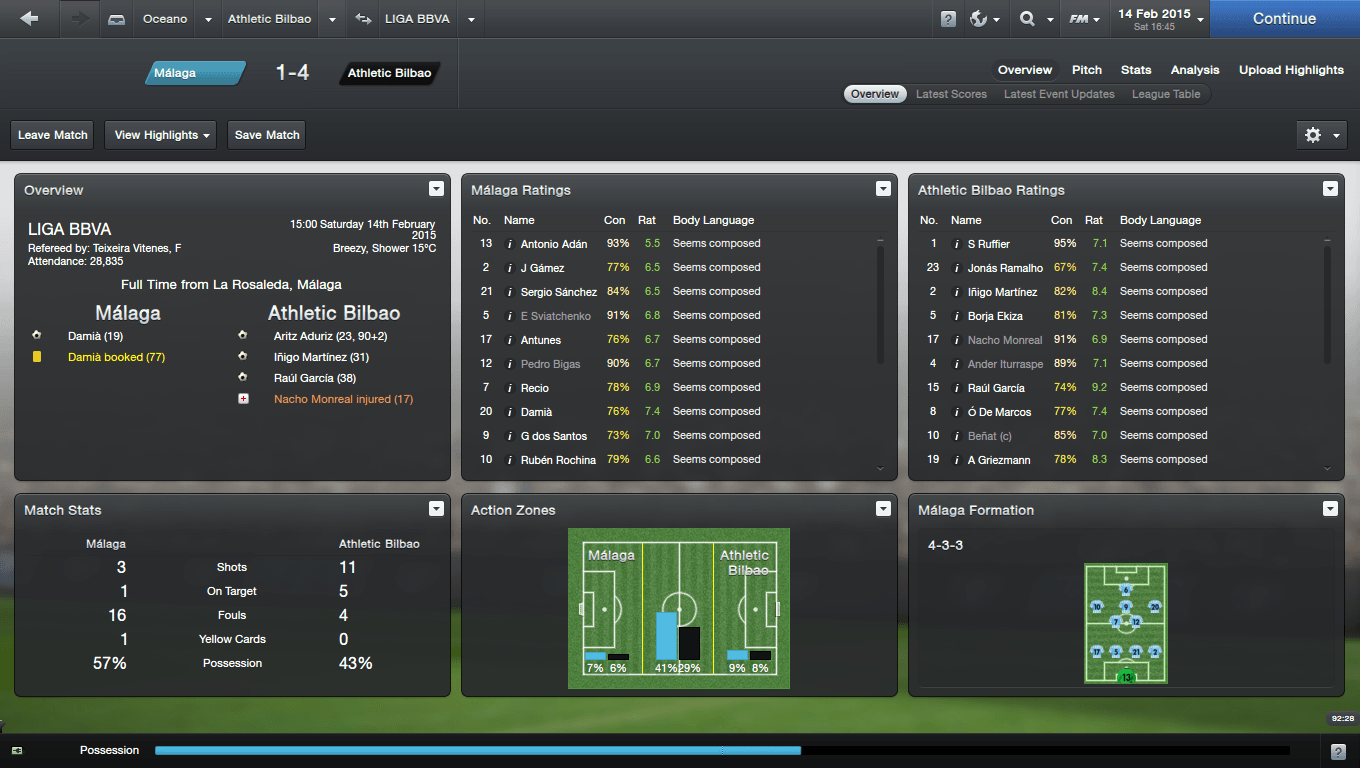 Walter
7 years
Some big wins in there, especially the Valencia result, nice work

Aritz Aduriz marked his name in Athletic Bilbao folklore after bagging his 100th goal for the club against Malaga at La Rosaleda in a 4-1 win.

The 33 year old added two goals to his tally versus Malaga to ease his side to victory, the first of the pair being the most spectacular with a first touch strike from 50 yards out finding its way into an empty net.

Aduriz demonstrated his delight at reaching the milestone, humbly thanking his manager and teammates for helping him achieve such a feat.

“Ever since I returned to Bilbao in 2012, Oceano has always been brilliant to me and stood by me in the best and worst days. Had it been another manager in charge, I probably would have been a forgotten man by now.

“It’s terrific to hit such a landmark and it will forever be one of my proudest moments. This feat is also partially down to my teammates who are pure footballers of great quality. The service I get is very good.

“Hopefully I got many more in the locker. I’m getting to that age now where you begin to move backwards so I’m working on adapting my play but I feel great so I see no reason why my form cannot continue.”

Aduriz has been on fire so far this season, notching 20 league goals as he sits 3rd in the top goalscorer’s list behind Robert Lewandowski and Cristiano Ronaldo, meanwhile scoring 27 goals in as many games in all competitions.
Login to Quote 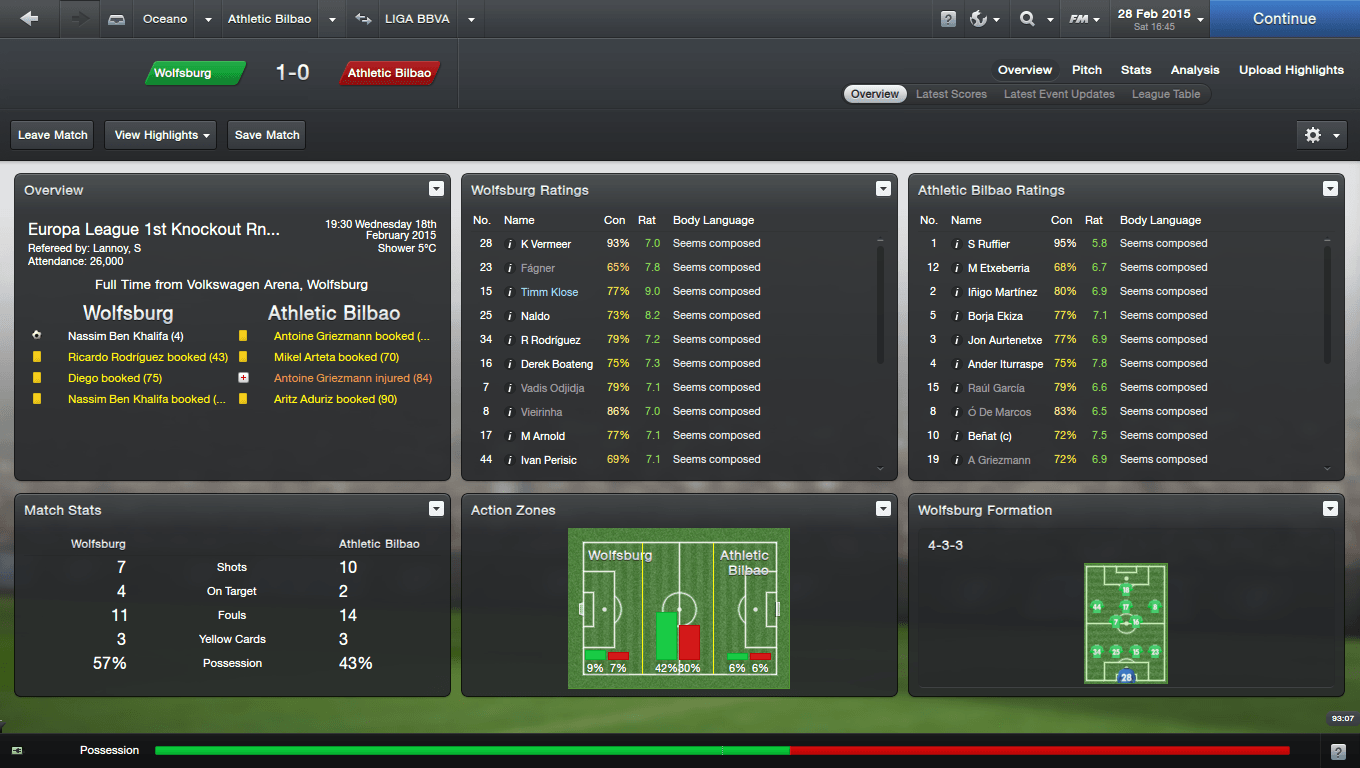 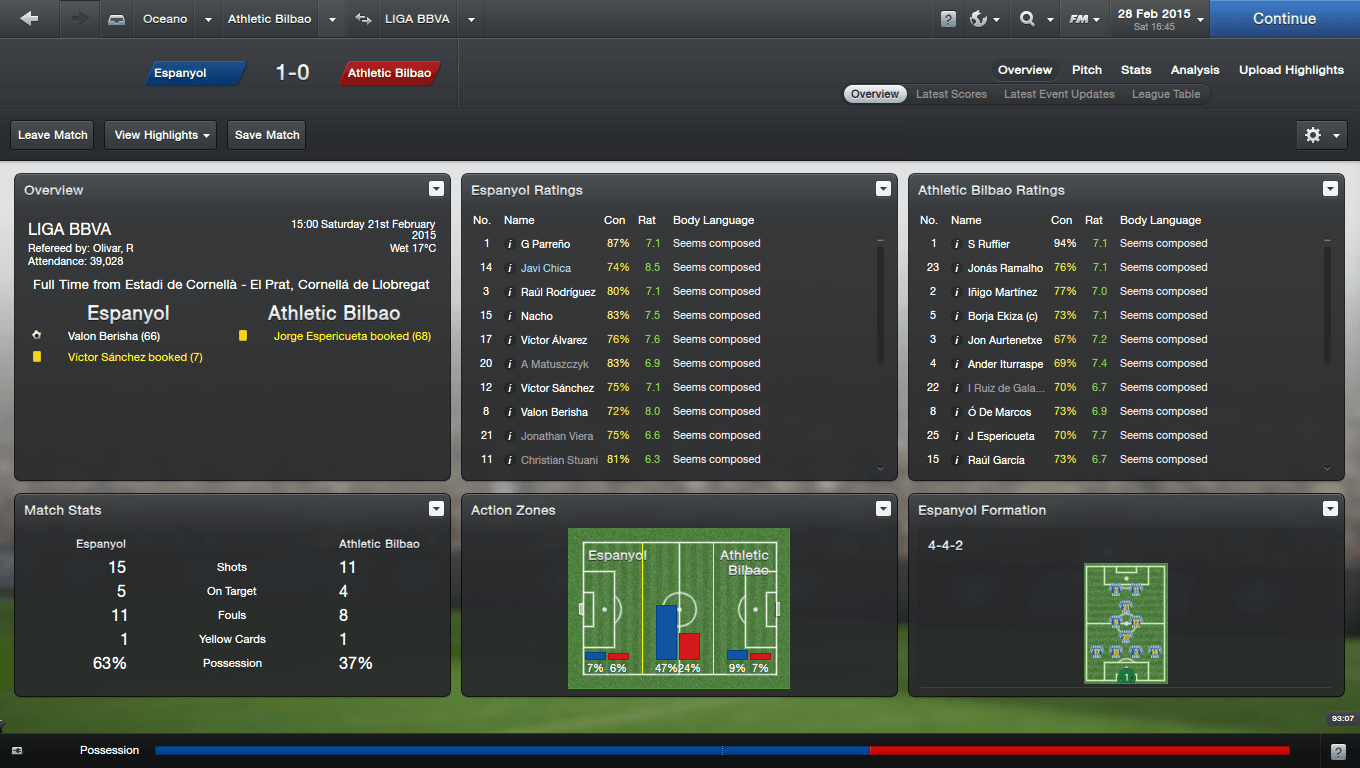 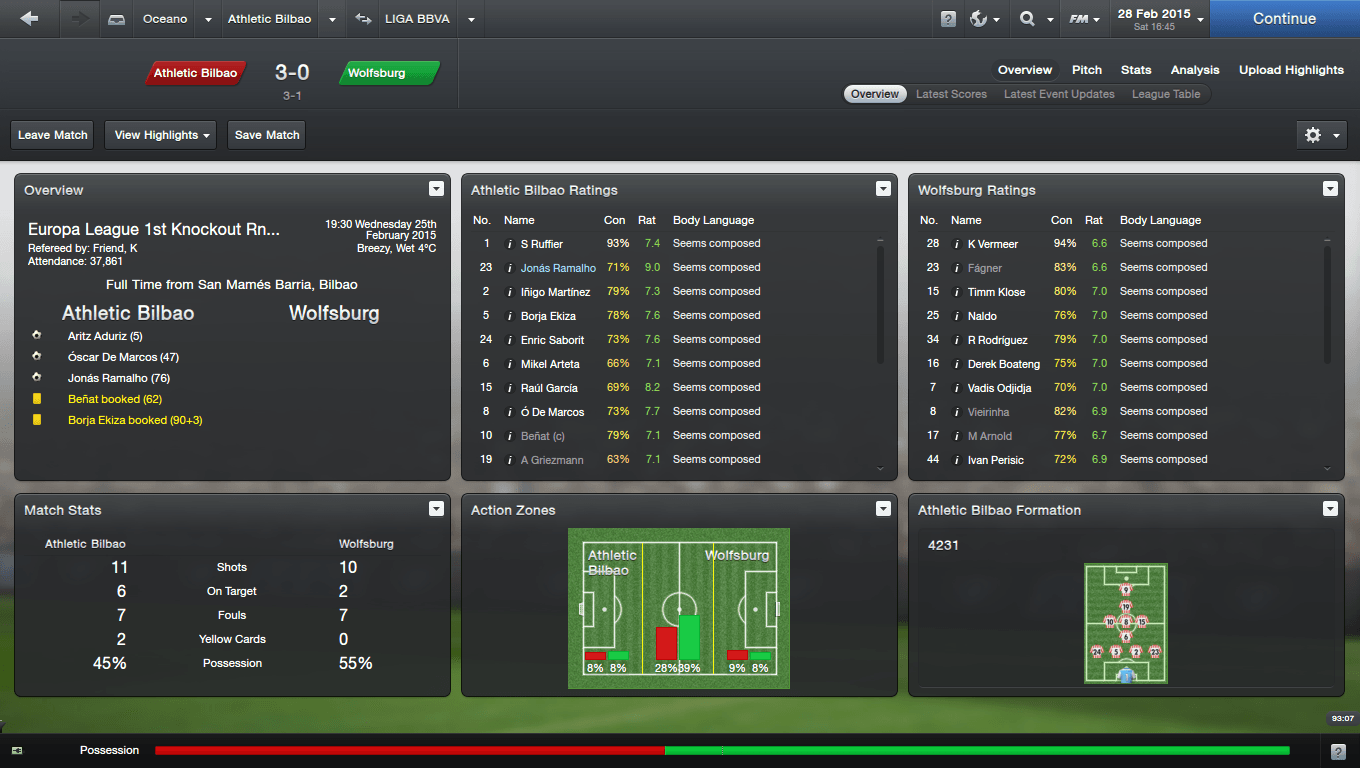 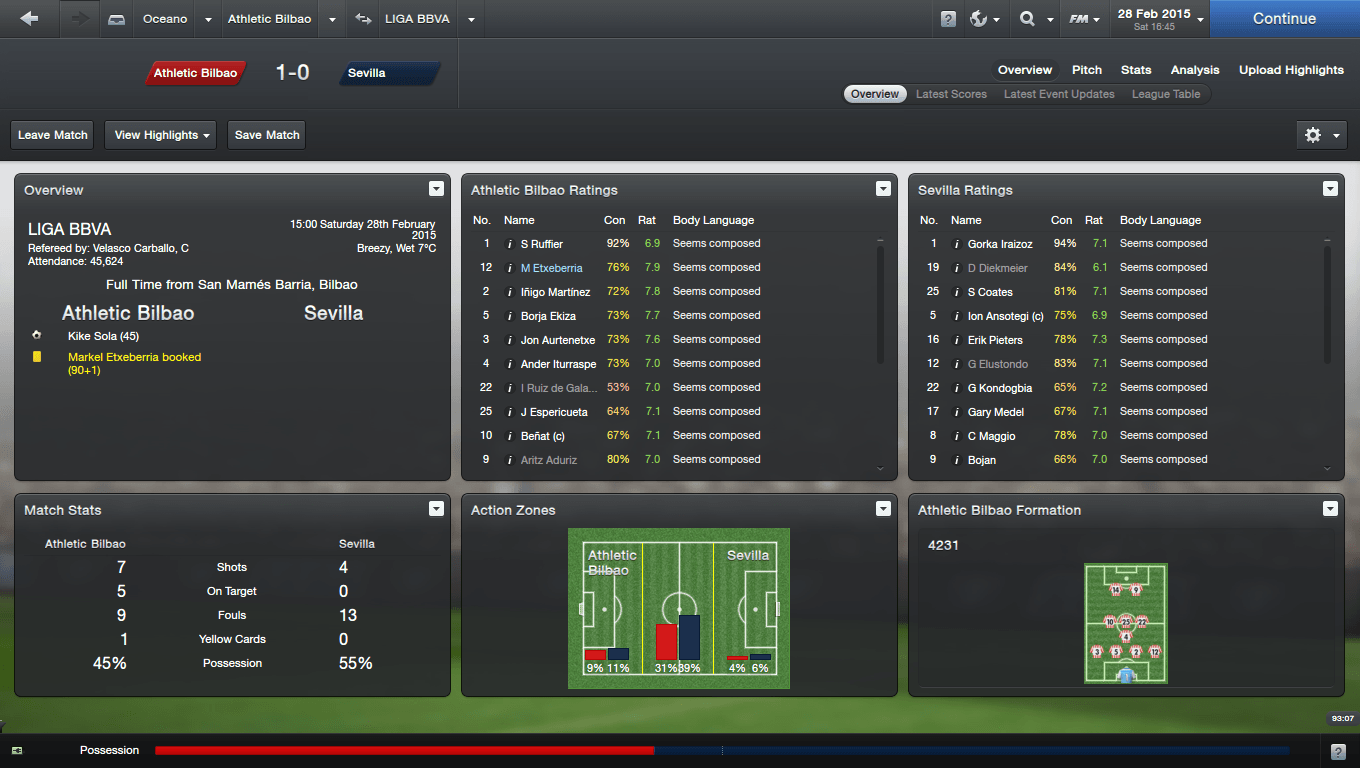 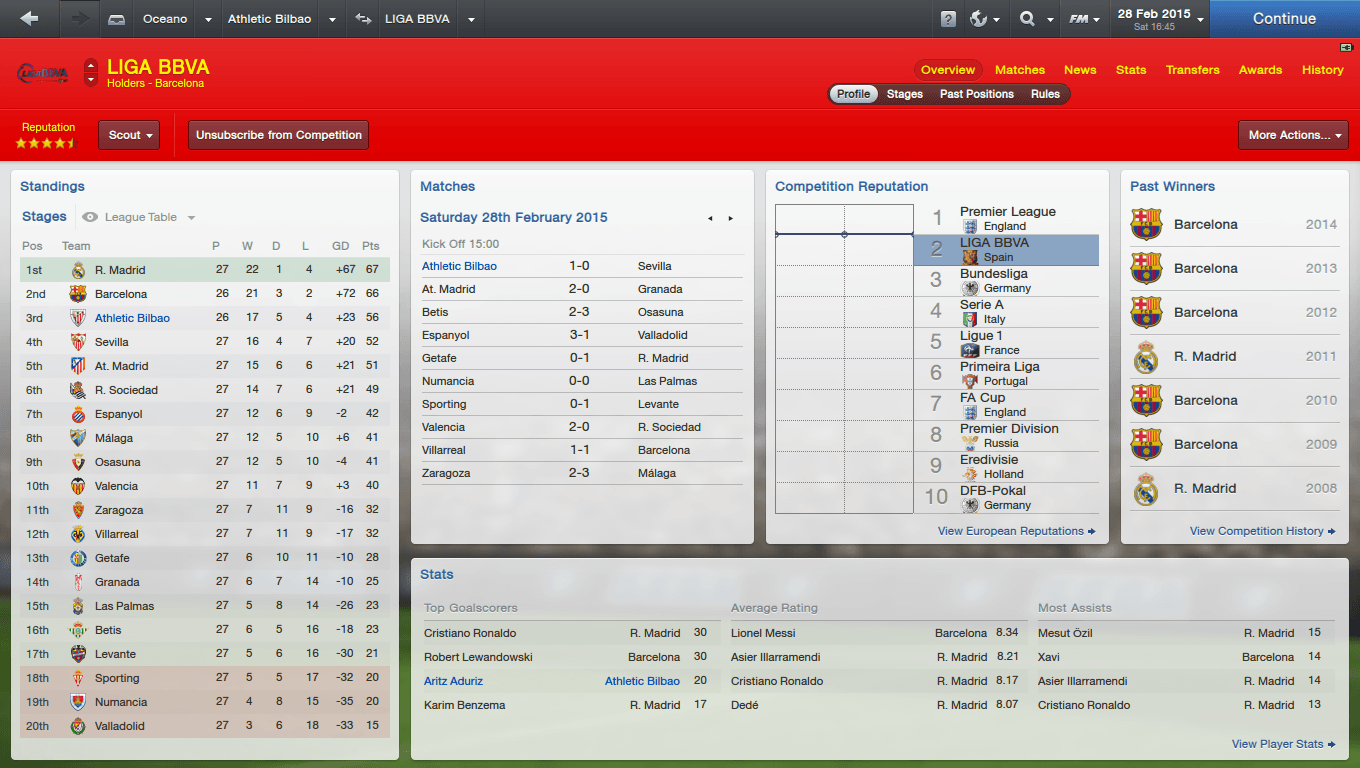 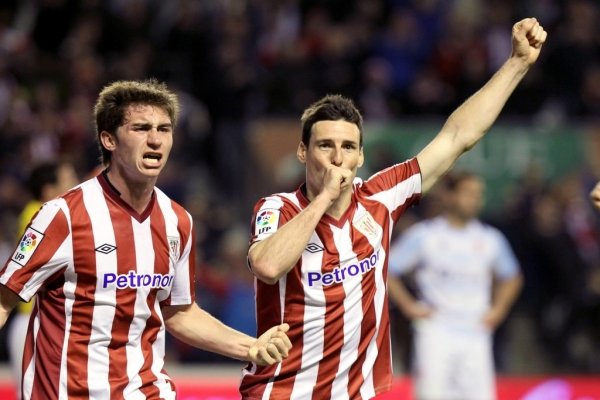 
Aduriz hit his 100th goal for Athletic Bilbao and he shows no sign of slowing down in goal scoring frequency. His main supply of goal is from the wings, yet we haven’t had that supply for many games, meaning he is often isolated up top, but he still manages to slog it out for us to be our player of the month yet again.


We had another good month here with a bit of a wobble midway through. We lost away to Wolfsburg, which I don’t entirely mind as we then went on to beat them comfortably and glide through in the Europa League. We did however lose to Espanyol who now do the double over us which I’m not too happy about. On the other hand we did beat Malaga and Valencia emphatically which is great to see considering they are tough sides. All in all, this month could have gone in a completely different direction so I’ll take this as a success.
Login to Quote