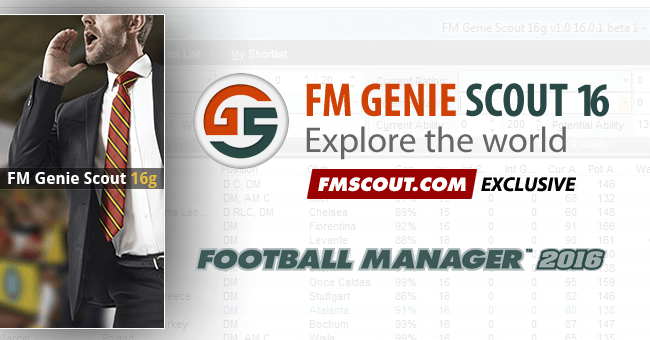 I'm happy to announce that Eugene is working on Genie Scout 16, the new version for Football Manager 2016. He has invested a lot of time during the summer in order to improve GS16, which will bring the most impressive progress of the tool after years of development.

We are honored to be exclusively releasing this awesome tool since 2009. We try our best to deliver Genie Scout to the world every year because your support to this project is outstanding.

The highlight in Genie Scout 16g is what we like to call IGS. In-Game Scout (IGS) is a brand new feature of Genie Scout 16g that brings GS usability to a whole new level. Clicking the (i) icon next to player's name in-game normally shows up a pop-up box with his attributes and some quick details. With IGS enabled, this pop-up box is enhanced with many added insights, including potential skills and rating. You no longer need to switch to the GS window to check on hidden attributes or potential ability. 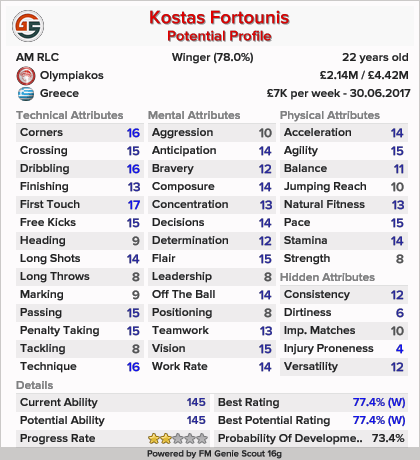 In order to use IGS you have to switch to either "Windowed" or "Maximized Borderless Windowed" mode from in-game preferences.

Complete revamp of rating system according to recent FM tendencies. Based on deep player development history analysis using big data techniques and statistics (collected data from over 15 years of game history on over 100k players and over 54k matches from top-12 leagues), the following changes have been made:

Probability of development statistical model has been updated, and it can now assess more accurately whether a player will reach his potential ability or not.

"g" edition
The "g" edition, which is the one for people who donate, is available since 29 October (beta 1). Current version (beta 6) is compatible with the latest 16.1.0 version.
Reminder: The "g" edition is ad-free and has a few extra features compared to the public edition.

You can now donate for GS16 "g" edition.
Do not report bugs in the comments below!


How can I get Genie Scout 16 public edition?

Once the public edition would be available, the initial plan was to email our newsletter subscribers the download link before everyone else. The problem is that we currently have a technical issue with our newsletter service and we'll be unable to send any emails for a few days. As a result, we have taken down the newsletter sign up form.

The public edition of GS16 will be directly added to fmscout.com the moment it is ready. It's expected for release on Monday, 30 November; no specific time has been set though.

140 comments have been posted so far.