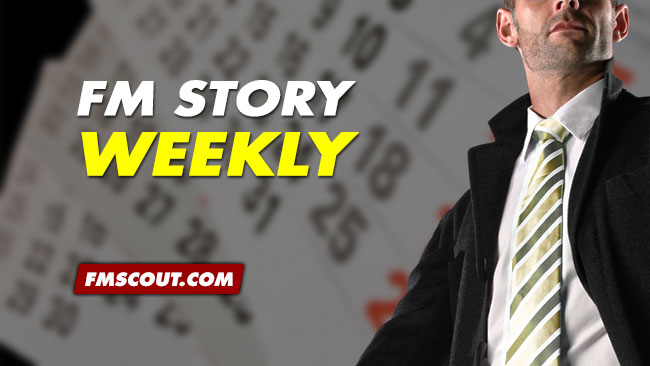 Milton Keynes Dons are certainly not one of the most loved clubs in English football these days. Even years after their relocation from Wimbledon the club still has quite a shadow over its name. Despite this, Karl Robinson doesn't care. His side have begun their Sky Bet League One campaign terrifically, consistent performances from the team as a whole mean that MK Dons being a Sky Bet Championship team next season is a real possibility.

Rablador’s writing is informative and enjoyable at the same time. He twists little bits of humour in to his updates and he keeps the reader thoroughly interested. His layout is nice and easy on the eye and his use of colour and pictures is also very good. Rab’s style is somewhat different to the normal kind of updates you would see on the site, with his being almost in the style of an article, but at the same time being a normal diary entry. He hasn't used graphics very much, apart from his results update but his writing more than makes up for it. His use of quotes at the bottom of every update is a very little, but funny touch to a growing story.

After flying to the Sky Bet League One title, and the Sky Bet Championship title, Tom Northwood’s Leyton Orient side were thrust into the promised land of the Premier League and made a positive start in their first season with the big boys, achieving safety. Northwood set about creating a team that gels and that can become a Premier League Team for a long time to come. There was drama as Northwood was whisked away in a car and met his old boss, Barry Hearn, who revealed to him that he was to be the new manager of the USA National Team!

Northwood tells his story from his own point of view and he really has taken us on this remarkable journey with him. He gives us great updates about life with the ‘O’s’ on the pitch and he entwines this, more recently, with a non-football story line outside of life in the Orient dugout – and perfectly mixed, too. His storyline updates keep us on our toes and he creates a lot of drama. Meanwhile, his results updates and football-related posts are easy to read and very informative. Northwood uses his screenshots well, and despite a few English errors here and there (because this language isn’t his first, I don’t think) his story is one that is very underrated.

#3 Brighton & Hove Albion – The Flight Of The Gulls

Donald Vaughan is an unknown name in the world of football – especially in the Sky Bet Championship. Yet despite this, the Brighton & Hove Albion board have seen faith in the 27-year old to lead them where Oscar Garcia couldn’t: The Premier League. Vaughan set off to work quickly, concluding deals early on in the transfer window and tying up contracts for a number of players. Preseason started brightly, despite two draws Brighton managed to win the rest of their games and look like making a good start to their league campaign.

It may only be early days for LFC’s story but he’s got off to a good start. His writing isn’t long but it is a perfect length to be able to digest enough information whilst having a good read at the same time. His use of banners and graphics so far has been great and his writing flows very well making it easy for the reader to just quickly get through his posts without being bored but still getting the information the update presents. As I said before, early days for this story but it looks like it has some potential.

It’s been a marvellous two seasons for Ryan Ferguson’s high-flying Luton Town side. After securing consecutive titles The Hatters are now on a mission to make it three in the Sky Bet League One. The one question is, can they do it without Scottish striker and Player of the Year Euan Smith, who signed a new contract with parent club Hibernian? We may not know, but Ferguson sure will!

Justice’s story is one that is gaining a lot of plaudits lately. He is complete in his use of graphics and text, making it easy for readers to take in the update and give them a flashy graphic to look at. His variety of update styles, including interviews, overviews and even some off topic posts, like new kits, off the field incidents and a whole load more, this story offers everything.

Luton Town – The Path To Power

Stockport manager Alan Lord is injured in a car crash days after leading his side back into the Skrill Premier. Unknown manager Josh Slater is handed the job. Faced by the wrath of supporters, Slater is on a mission to prove his worth to the Stockport faithful and cement his place in the dugout for seasons to come.

Josh_MU is a very good writer and his media reports are always written with a sense of professionalism and always feel like you’re reading the real thing. His layout is good and his use of pictures is also up to scratch. Josh’s start has been great, and despite only three updates to date, he’s already made sure his story is one that could potentially reach the heights of his England story.

Or Dabool has been given the Milan job, in an attempt to rescue a giant that looks to be falling out of the limelight very quickly. With a couple of smart signings, Dabool manages to change the Rossoneri’s fortunes and, despite an out of the blue loss to Juventus, his Milan side sit atop the Serie A table a full ten points clear of their nearest rival. Could Dabool’s Milan be on the way to their first of many silverware?

or.dabool is not unknown to many of us on this site, and this FM14 reincarnation of his FM13 story with Milan is one of the site’s most promising. The writing is very nice, and the presentation is neat and tidy. Everything is easy on the eye and or has made a fantastic start to his story. It’s still early days but there are big expectations for this story!

#7 Tottenham Hotspur: Back To Basics

Ossie Ardiles is a name etched into the heart of every Spurs fan. The diminutive Argentine’s comeback not as a player but now as the manager is sure to impress supporters and pundits alike. After some top notch signings, Ardiles’ Spurs side made an alright start but only after a 7-0 annihilation of Manchester City did things really kick on! Can Ardiles’ side maintain this form, though, is something that fans will be asking themselves.

TodayAtTomorrow does a great job of getting information across and presenting in a smart and professional manner. The layout is alright, but could be worked on. The writing flows nicely and means the audience can read through it without getting bored and getting the message that’s being sent. This story is one for the future, and once it gets going it could be a highly popular one within the website!

Tottenham Hotspur: Back To Basics

#8 My Grandfather’s Legacy – The Other Mourinho Takes On Portugal*

Daniel Mourinho’s world has been twisting and turning and sending him in all different directions. Daniel’s grandfather suddenly passed away and it was soon revealed that the cause of his death was his own son, Jose! Daniel’s father finally meets him and in an emotional encounter they work out a plan to get Mourinho Jr. the job he was undeservingly sacked from!

CarlosV96’s story was on here last week, but I thought because so much has happened in the week between these two posts that his story deserves to go back up here again. The writing is excellent and Carlos provides drama and excitement in his story, although, like Justice said last week he has to also make sure he doesn’t go completely off track.

My Grandfather’s Legacy – The Other Mourinho Takes On Portugal