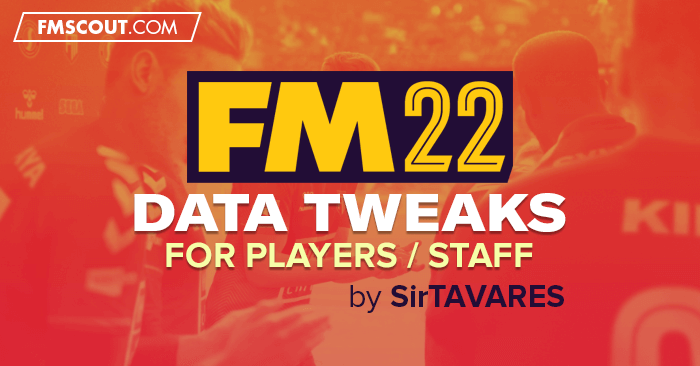 • Regular version will be updated and shared here once a month;
• Early Access version has Weekly releases with high-priority requests by users. 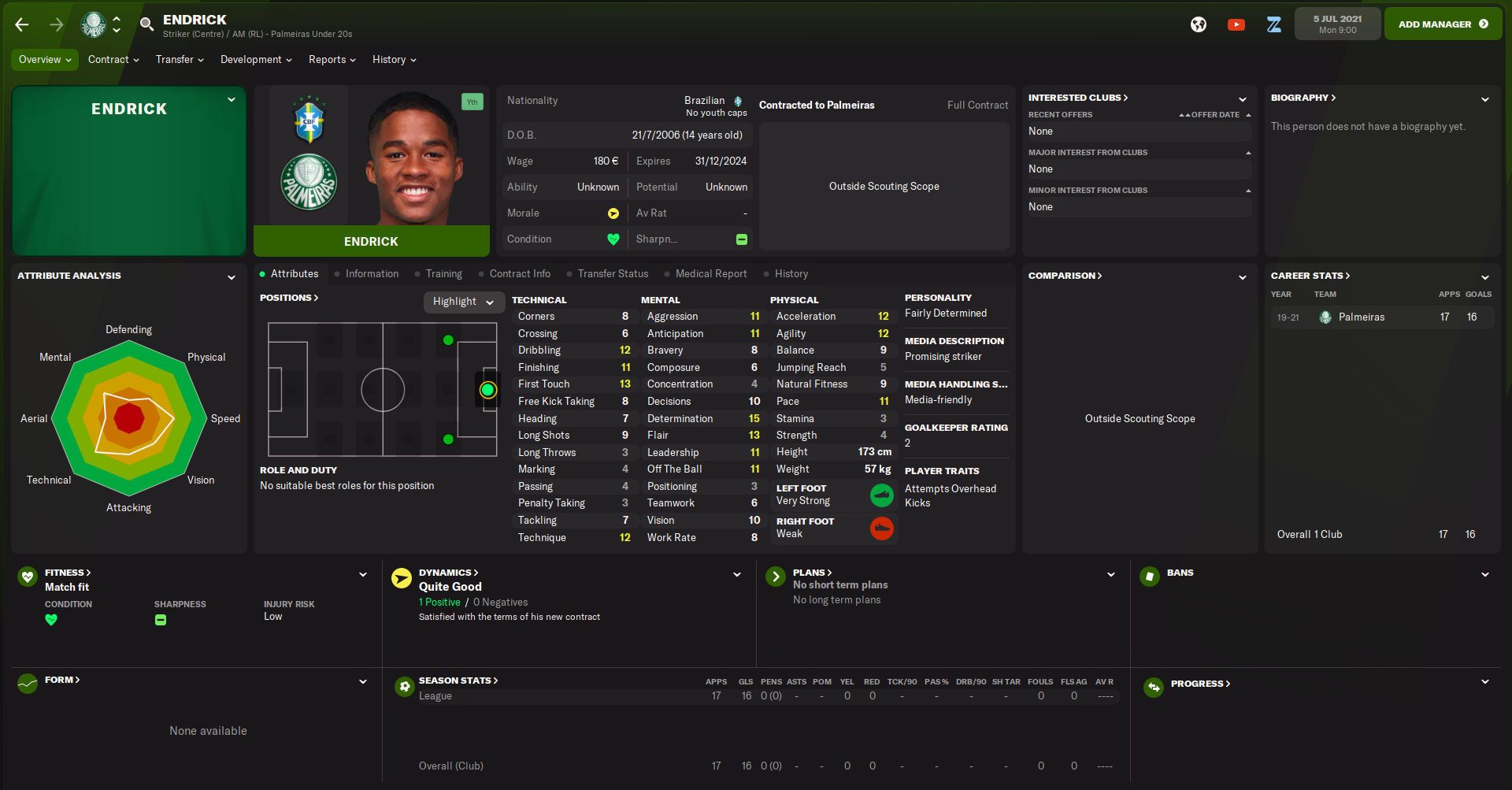 (Sample from Endrick, currently in Palmeiras);

* 3D Model - Hair, Skin Color
Fixes for Players so they are not bald anymore when they have hair. Also corrected some skin colours to match reality.

* Height, Weight - So they don't come random as SI did originally. 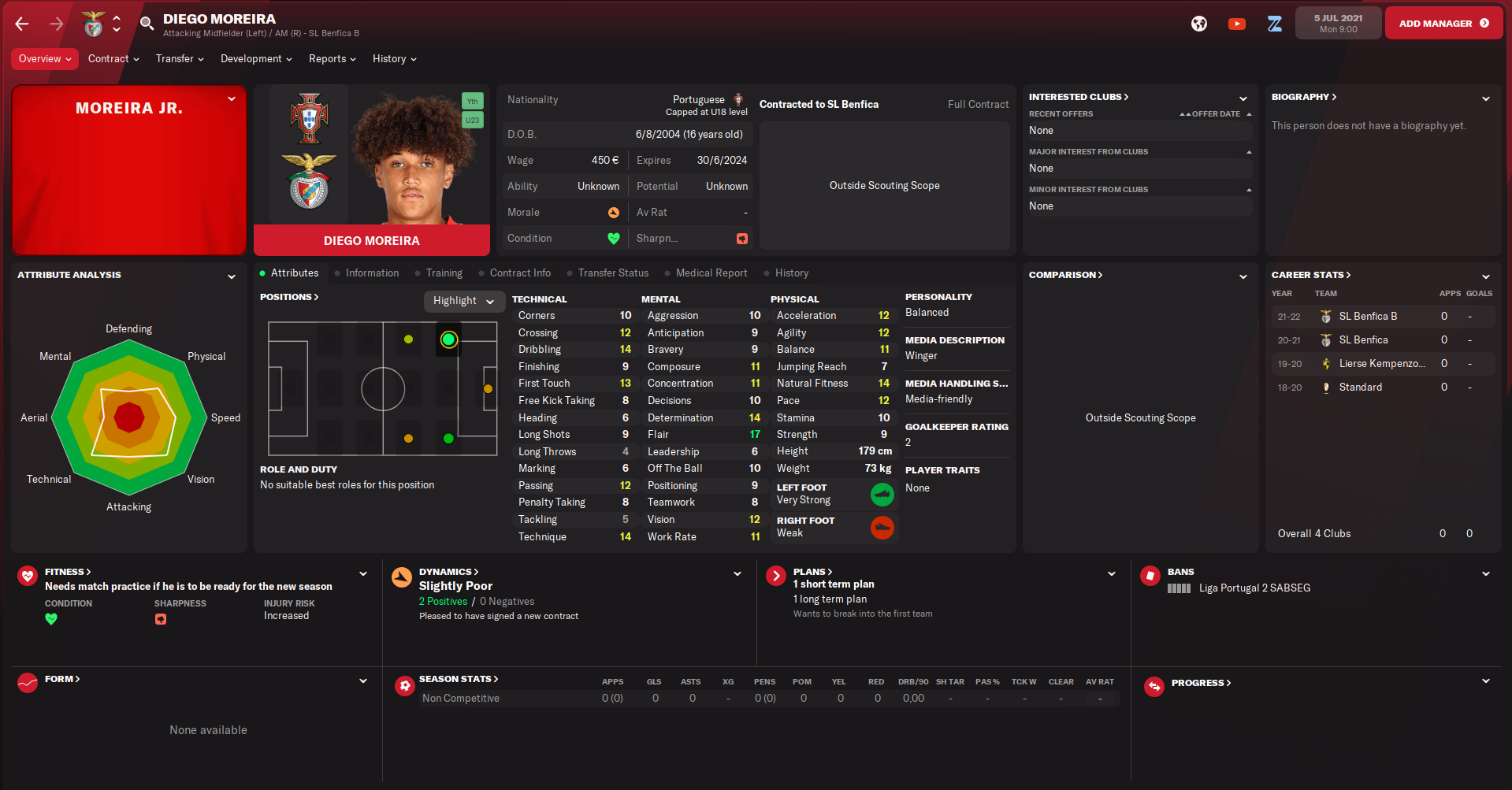 Sample from Diego Moreira with his height and not a random one as it's on the original database.

* Languages - Following player interviews or staying in a certain country for at least a year. 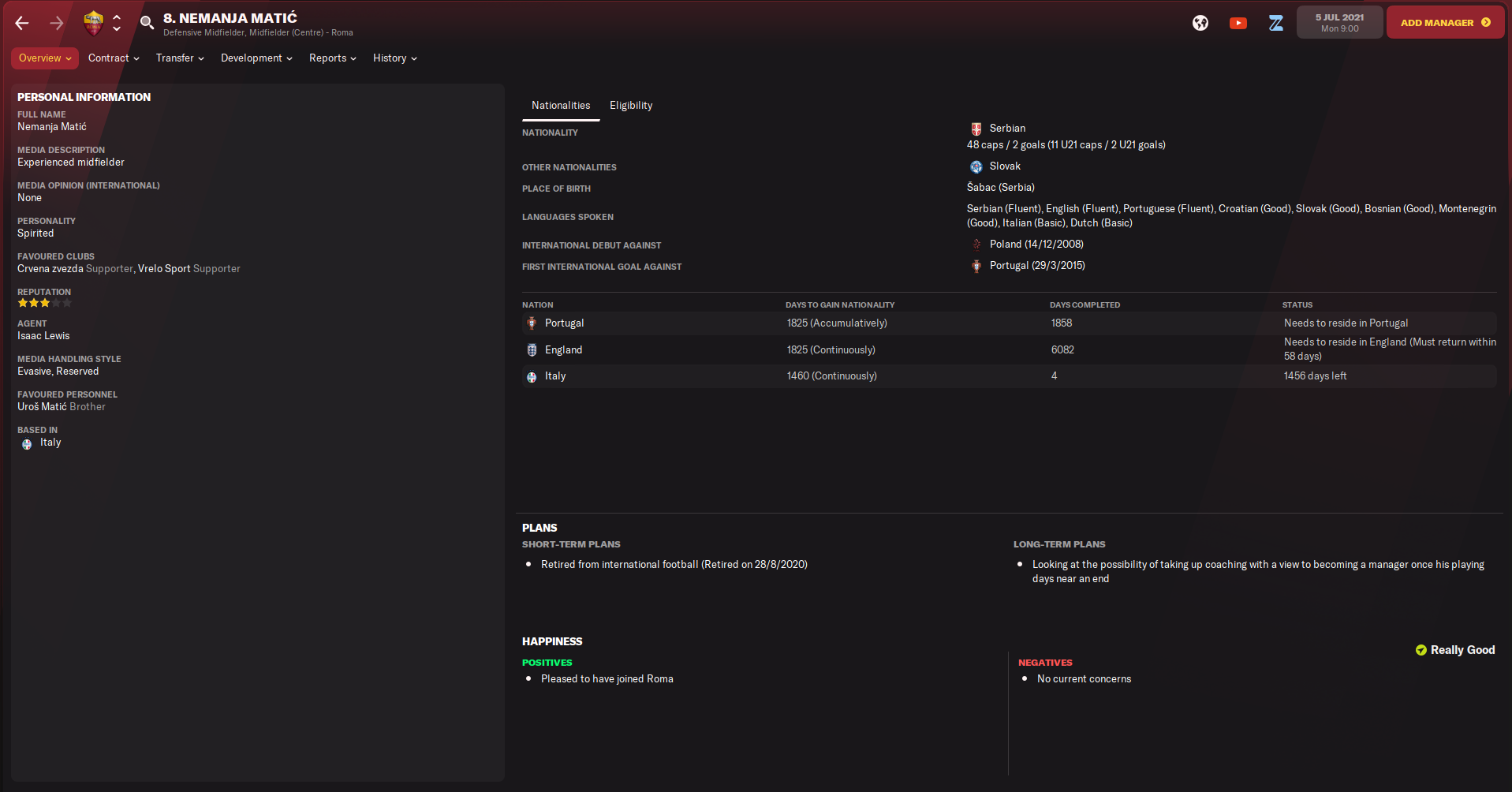 * Preferred foot - Tweaks on some players that had it randomly or incorrect.

* Nationalities and 2nd Nationalities - Tweaks have been done specially into 2nd Nationalities where most French players have their African Nationality missing, same for some South American players that usually have italian nationality. This is hugely important as they become non-foreigners from leagues like Italy.

(Dybala and his weird release clauses)

(Seferovic and his 15 games to be a mandatory buy)


- Just signed a new contract type of Players: Only Players that signed new contracts irl in 2022 will probably not join your club at the start. The ones originally signed their contract in 2021 have been tweaked to match reality. Eg: Lorenzo Lucca had joined his club in Summer 2021 so he wouldn't join any club in the future. As we emulate 2022 he already has 1 year of Contract with Pisa.
This allowed to Clubs to have tweaked transfer history too, so you see only transfers from 2022. This has been done for most top Leagues and Brazil. 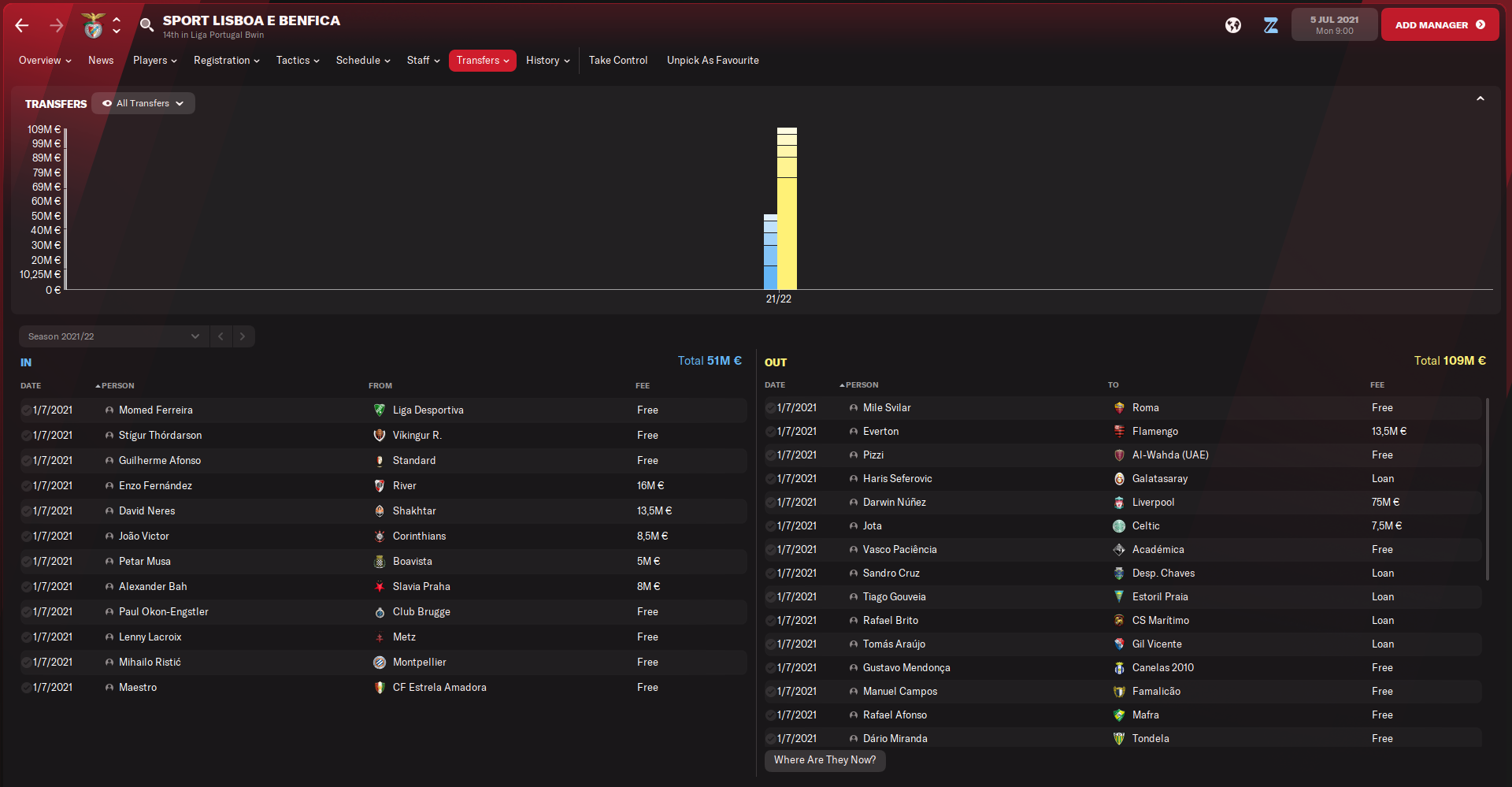 - Transfer amounts updated: With the contracts updated i also tweaked the transfers done this year (i update it every day) so it matches the Summer Market of 2022. So you can see the 75M€ from Darwin, the 80M€ from Tchouameni. This has been done also for all major leagues and it is updated every day also. 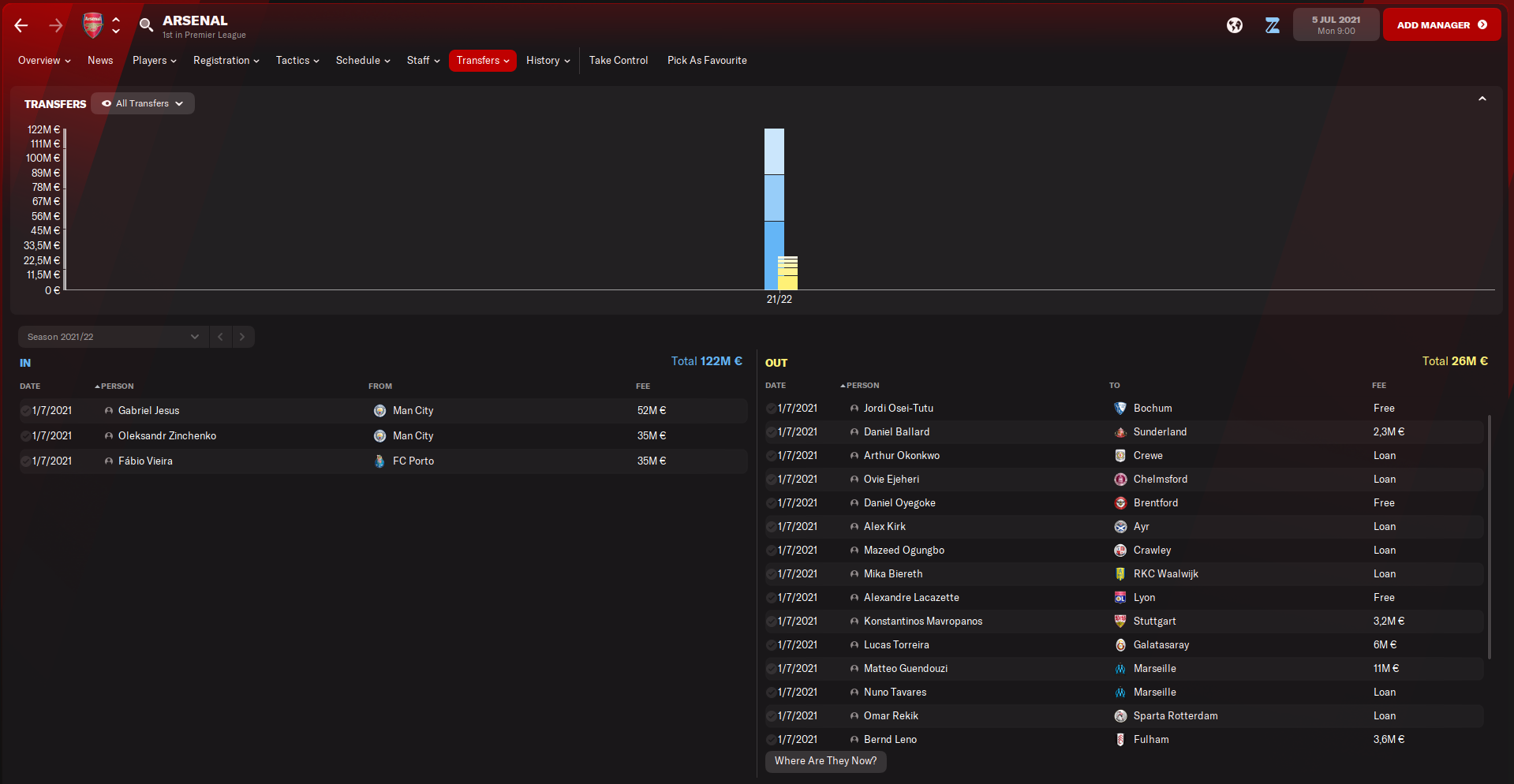 - Removed Injuries from the start: (OPTIONAL - SEPARATE FILE)
So you start with no Player Injuries or Suspensions.
A clean and fresh start of a new save

- Less 50% of the Injuries: (OPTIONAL - SEPARATE FILE)
As requested for some users i made it public. It's personal preference, some users don't want to be harassed with injuries all the time.

This is what the file contains (some of the features are only for Early Access users and will be eventually released from Regular Version also as the 1st one is updated weekly and the 2nd monthly with older versions from Early Access.
And yes, its not free, as i spend a huge amount of hours on this, if you don't like it just don't use it or use regular version.

2 - Early Access Files are shared in Private Groups in Discord or Telegram / eventually can be sent via pm in FMScout per request.
Discord and Telegram are way easier because the files are automatically shared there for everyone with the correct permissions.

3 - Message me if you want to access it or if you want more informations.
This procedure is manual so you have to message me on the platforms above to confirm everything and give you the correct permissions on Discord or to join the private group on Telegram. Sadly this is the only ways to do it for now.

Basically all files that don't create the same Players/Staff are compatible with Data Tweaks!

180 comments have been posted so far.