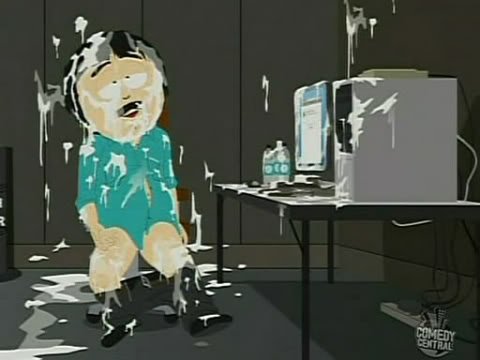 Jer
8 years
@AS4: It was tough, but it was only for the financial troubles

@Walter: He's already proving that he's a fookin' boss in my save

@Neal: Gomez hopefully will form a great partnership with Juanpe (prefer him to Soria b/c of the age and could, potentially leave for some cash). Imoh is a beaastttt and idk about Chrisantus, might sell him for a profit, doesn't seem to convince me :Sss

@Justice: I just happened to do that.. after a week of 'saving my love'.
Login to Quote

Recently relegated Sevilla failed to cause any problems to Raul's Racing side, as they dominated the match throughout both halves.

Racing quickly broke the deadlock in the 2nd minute, after loan signing Imoh Ezekiel out-paced every defender in his way, before cooly slotting the ball into the low post, where Sevilla's goalkeeper, Javi Varas, had no chance against the Nigerian player. Igor Gabilondo would soon make Racing's lead to two, when the veteran winger smashed the ball into Varas net, leaving the away fans looking for answers they could not find.

The match went on, and Racing pressed for another and when they lost the ball, they tackled their way through, as they had a 96% ratio of successful tackles in the match. Debutant Imoh Ezekiel was substituted, as he received a harsh tackle, and asked to be brought off the field. Half-time came rolling in, and Raul went into the dressing room, satisfied.

Racing came out as a new side, as they tried every shot possible, with Javi Varas being forced to make 5 incredible saves, to keep his side in the game. However, every chance that Sevilla had, with either Carlos Bacca or Ivan Rakitic wasting any opportunity that came against them.
The final whistle quickly came, and Racing treated their fans with a comprehensive win against Sevilla in their first Liga Adelante match of the season.

Racing only made one adjustment to their winning XI against Sevilla in their trip to the Canary Islands, with Ander Lafuente replacing Miguel Angel Nieto.

Racing, once again, quickly stormed to the lead with a heading effort from Nigerian international, Imoh Ezekiel in the 5th minute. However, Las Palmas quickly striked back against Racing, with Carlos Aranda scoring in the 16th minute. Sergi Gomez would soon put his new side into the lead with a nice header in the 32nd minute, which saw him score his first goal in a Racing shirt.

In the second half, Racing, once again, looked like their regular second-halves last season, very lazy and sluggish, and Josue Artiles made no mistake in capitalizing that, and equalized the game.
Yet again, Sergio Gomez would put Racing into a slender 1 goal lead in the 52nd minute, 4 minutes after Artiles's goal, and Racing were more comfortable after Gomez's goal.

As Racing fans were celebrating their 2nd win on the run, Nauzet Aleman would spoil the away fans party, after Imoh Ezekiel conceded a 87th minute penalty. Aleman smashed the ball through the middle, while Mario decided to go to his right side.

Raul's Racing completely dominated the match, regardless of the score, as they made two defensive changes after their disappointing draw away against Las Palmas.

It was no surprise when Racing stormed into the lead in the 1st minute when Igor Gabilondo scored a well-placed shot next to the post, leaving Cordoba's 'keeper frustrated with his own defense. Racing quickly doubled their lead with an Ander Lafuente goal in the 5th minute, after Gabilondo's cross from the left-side met Lafuente's bald head.

The match quickly died down, but with Racing on the ball, you never knew. However, Lopez Silva changed the outcome of the match when he scored a tap-in in the 67th minute.

Walter
8 years
Quality start to the league mate, a brilliant victory vs Sevilla
Login to Quote

Neal
8 years
5/7 of your goals have been in the first five minutes of the match, bright starts! Well done thus, especially the win against Sevilla. The 3-3 must've been quite a game to watch, but I personally know that last minute penalties are so tough to stomach. Anyway, keep up this form and we may see Racing in Liga BBVA next year

Jer
8 years
@Walter: Thanks mate, it was really good to see the team work the way they did against them.

@Neal: Indeed, with Ezekiel and his lighting pace, he's done so good for me. As for the game, it was annoying, in my eyes, as we conceded a stupid late penalty, which cost us 2 points, and basing on last season, 2 points can make the difference between a champion and a runner-up. And about the BBVA.. you'll have to wait and see

KEYNOTE: I've not updated over the last couple of days because I've had no time to even load up FM, but hopefully this weekend I'll get myself a head-start and write some updates to post throughout next week.
Login to Quote

Justice
8 years
Congrats on the Story of the Month nomination Josh_MU
8 years
Congratulations on being nominated for Story of the Month! Well deserved!
Login to Quote

AS4
8 years
Really great updates! A very good start to the season! And as mentioned earlier, congrats on the SoTM nomination

Jer
8 years
@Josh: Thanks, it was prettyp leasing to see! Thanks for the congratulations :).

@Justice: Thanks, on both things!

@AS4: Thank you very much, and it feels rewarding to be nominated!
Login to Quote

Murcia made Racing’s visit to Nuevo Condominas a very hard one, with Racing unable to play their usual style.

Racing’s usual type of play of scoring in the first ten minutes was quickly ruled out, as Murcia kept possession of the ball during those moments. Murcia would quickly force Mario into a handful of superb saves, including a free-kick curler that looked destined to go in. The first-half was clearly Murcia’s, and would have scored many goals if it hadn’t been for Mario in Racing’s goal.

However, Raul went into half-time and subbed out Manuel Chrisantus and brought on Ruben Duran, which meant that Josep Sene would go into the playmaker role Chrisantus was, while Duran took Sene’s initial spot. The difference was noted when Igor Gabilondo had to tap-in a goal in the 50th minute, when Francis crossed the ball. With Racing fans celebrating their goal, Murcia’s defender, Mora, would silence the away fans 6 minutes later.

Mora was left alone in the corner-kick, and he volleyed in the goal, whilst Mario could only divert the ball into his net. With the match getting nervy at the end, Josep Sene was rewarded a nice through-play by his new team-mate, Imoh Ezekiel, and duly took the chance in the last minute of injury time.

Racing coincidentally hosted Huesca in the Copa del Rey, last year’s opposition in the 3rd round.

Racing were constantly denied to play their own brand of football, thanks to Huesca’s decision to field two defensive midfielders, which held the atta

In the second half, Racing, once again, looked like their regular second-halves last season, very lazy and sluggish, and Josue Artiles made no mistake in capitalizing that, and equalized the game.
Yet again, Sergio Gomez would put Racing into a slender 1 goal lead in the 52nd minute, 4 minutes after Artiles's goal, and Racing were more comfortable after Gomez's goal.

As Racing fans were celebrating their 2nd win on the run, Nauzet Aleman would spoil the away fans party, after Imoh Ezekiel conceded a 87th minute penalty. Aleman smashed the ball through the middle, while Mario decided to go to his right side.

Racing faced Huesca, the 2nd time in the week, but this time, Raul’s players would have to visit Huesca’s stadium, La Romareda.

It was a tight match throughout, with Racing unable to play their usual game, much like last game, against the same opponents. Racing, however, would dominate most of the match, as they learned from their mistake in the Copa del Rey on Wednesday.

The game’s scoresheet was opened when Ander Lafuente had nothing but to tap the ball in the 77th minute, just when Racing looked their weakest, and looked like conceding. Raul, however, was up to his feet and demanded for his players to look for one extra goal, in which Sene provided, thanks to Bollino’s foul being in the goalkeepers area.

Racing started out strong, with Ponferradina’s goalkeeper forced to make a number of great saves. However, Imoh Ezekiel broke the deadlock in the 32nd minute when he scored a well-placed shot close. Ander Lafuente would soon double Racing’s lead, as Imoh Ezekiel passed the ball to Lafuente, who had an open goal.

Racing suffered their first defeat at home of the season against Hercules, when Lopes Varela scored in the last minute to give Hercules the win.

It was a tight match throughout, with Racing unable to play their usual game, but Hercules handed Ruben Duran too much space to score, as he volleyed the incoming ball in the 58th minute. Three minutes later, Hercules on-loan midfielder, Lores Varela, equalized, to give the match a little bit of spice.

As Raul urged his team to go forward in the last minute, his last attack went wasted, an Hercules quickly counter-attacked, and once again, Lores Varela