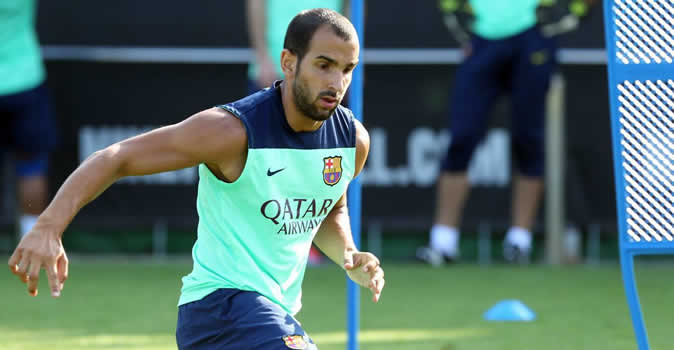 Paris Saint-Germain has completed the signing of Barcelona’s Martin Montoya for £6.5 million as well as the free transfer of Malaga’s Sergi Darder.

Montoya, much like PSG’s first signing Fernando, joins the Ligue 1 champions after stalling over a new deal with the Catalan club.

The 22-year-old full back was behind the pecking order at Barcelona, with Dani Alves and the versatile Adriano both thought to be Tata Martino’s preferred options at right back.

Montoya has agreed to sign a four year deal with PSG and will earn £41,000 a week after coming through the ranks at La Masia.

The right back was given his Barcelona berth by the now Bayern Munich manager Pep Guardiola in 2010, playing a total of 45 La Liga games since.

Montoya’s arrival could signal the exit of former Ajax defender Gregory van der Wiel, with Benfica and Newcastle United waiting in the wings.

PSG’s third signing of the season is 19-year-old Darder who joins PSG for free after being out of contract with Malaga, signing a four year deal with ‘Le PSG’.

Darder had a host of clubs all interested in his services with Arsenal, Barcelona and Everton thought to have been the most keen.

The French club had to pay £1 million to Malaga in compensation due to the tender age of the defensive midfielder.

However, the highly rated youngster will be loaned out to Liverpool for the remainder of the season after the two clubs come to an agreement.

Darder is yet to play top flight football after switching from Espanyol to Malaga in 2012 where he would only represent their B team Atletico Malagueno.
Login to Quote

Trop
8 years
Montoya will be great

Aaron
8 years
Montoya is a great player and for 6.5M...I think that's a pretty good deal.
Honestly not heard of Darder but I trust your judgement:P
Login to Quote 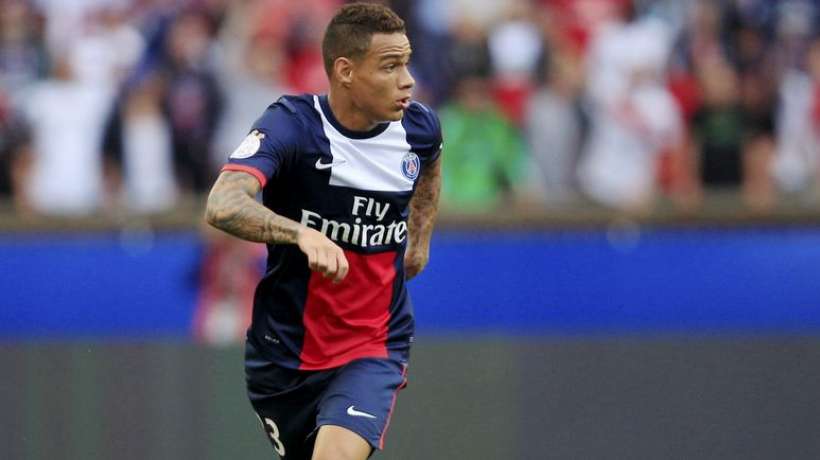 Paris Saint-Germain has agreed to loan out Dutch full back Gregory van der Wiel to Benfica for the rest of the season with a view to a permanent deal.

Van der Wiel failed to impress since his £4.9 million move from Ajax in 2012 after struggling to compete with Christophe Jallet for a spot in the starting 11.

The £6.5 million signing of Martin Montoya from Barcelona all but confirmed the exit of the Dutch international, who may sign permanently for a fee of £5 million with Benfica.

Van der Wiel is thought to be Benfica boss Jorge Jesus’ favoured option to play at right back but he will again have to compete with fan favourite Maxi Pereira and the highly rated Andre Almeida.

The Ajax graduate, who has been capped 35 times for the Netherlands, made a total of 22 Ligue 1 appearances last season as opposed to Jallet’s 27.
Login to Quote 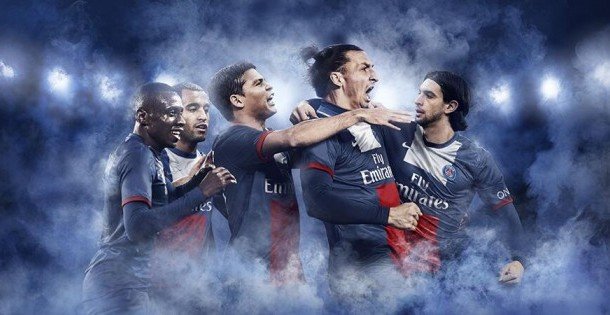 TheTankerGotTankedHard
8 years
You should really play with marquinhos. top quality CB and can score a few from corners and is the best CB in the game in 5 years. Great signings though!
1
Login to Quote 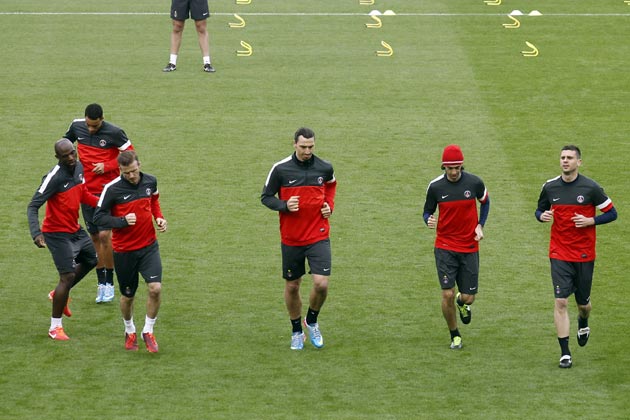 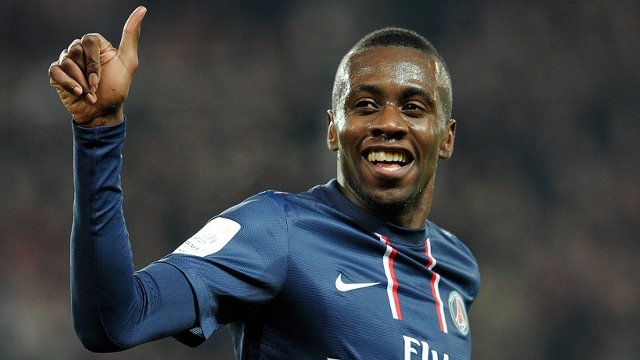 Matuidi is probably our most athletic player and one I believe all top teams should have a blueprint of if they wish to be successful. His anticipation is amongst the best in the team and when you combine that with his strength, pace and fantastic ability to tackle, you get a pre-season like his. Matuidi will be crucial for us this season.


It wasn’t a bad pre-season at all for us but of course it could have been better. We lost to perhaps the toughest teams but we did try out a few new tactics ahead of the new season so I’m not too bothered. Overall, I see the capability to attack clinically and that will serve us well next season.
Login to Quote

keep up the good work
Login to Quote

Nick
8 years
Really good results there, hopefully you can take that form into the beginning of the new season!
1
Login to Quote 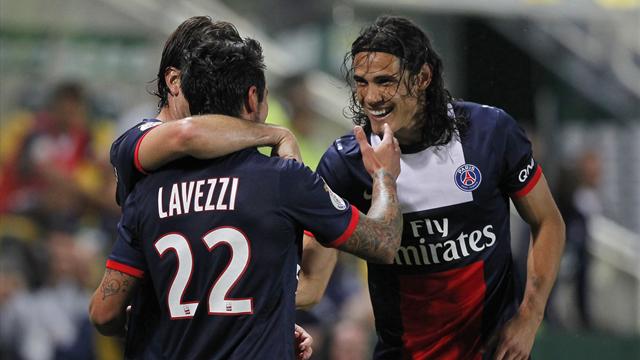 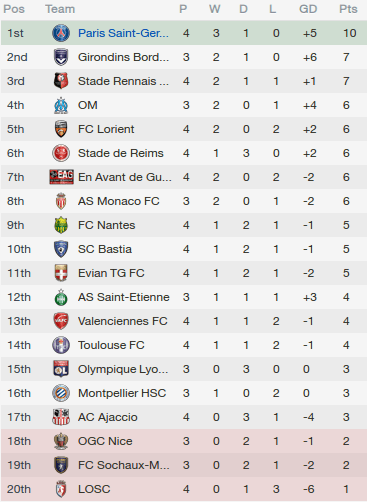 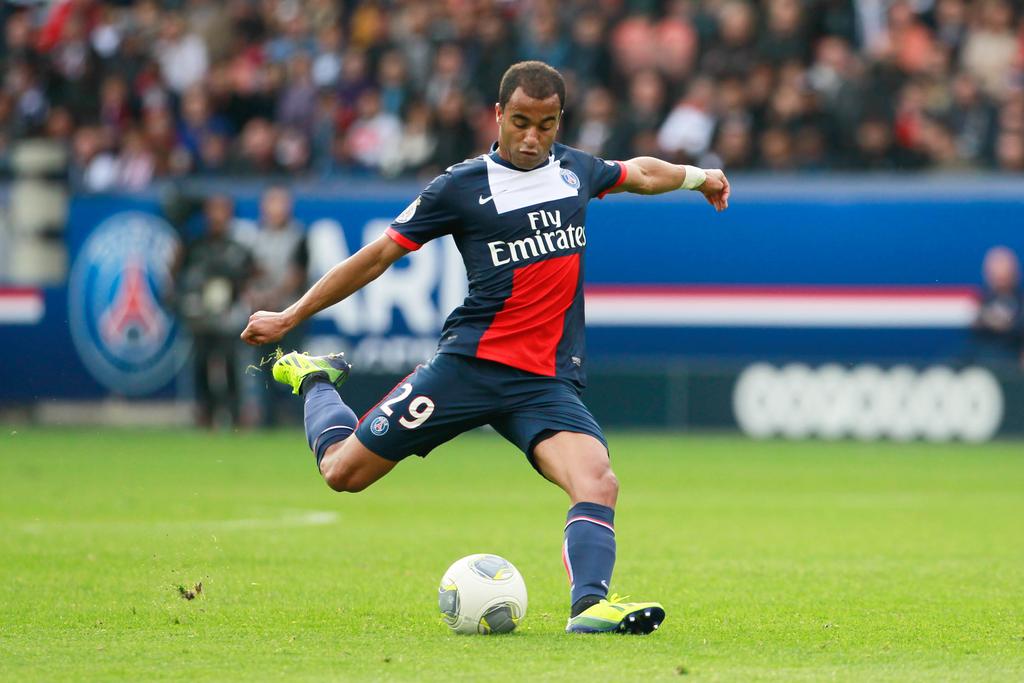 I’ve always been a fan of Lucas Moura but he really did catch me by surprise this month out on the right flank. He fast, direct and fantastic with the ball at his feet but what I didn’t know is just how good he is in front of goal. I know it’s early days of course but if he carries on to show so much guile in front of goal, there could be a role for him as a striker in the future.


It’s not been the best of starts after losing to Bordeaux in the Trophee des Champions but in Ligue 1, we have got the results and that’s what matters most at the moment. Attacking wise, we look a real threat and are creating plenty of chances but our problem at the moment seems to be at the back. We have not defended as well as we should have and we will need to improve drastically ahead of playing tougher sides. Hopefully, this is a hollow problem.
Login to Quote

Jozef
8 years
What a penalty shoot-out too bad it doesn't count for much. Great results (except for Ajaccio) and a great update too.
1
Login to Quote