Justice; You REALLY ARE the next Fergie.
1

jasonvilla4ever, thanks although i try not to think about SotM while writing this story, its only for enjoyment

Bantams
8 years
You'll be playing the likes of Real Madrid in the champions league in no time if you keep up the mad back to back promotions! Championship life will be hard though, quite a lot of competitive teams in the mix, but good luck man!

2014-05-29 09:28#177331 Bantams : You'll be playing the likes of Real Madrid in the champions league in no time if you keep up the mad back to back promotions! Championship life will be hard though, quite a lot of competitive teams in the mix, but good luck man!

Hopefully we will be soon!

yeah it will be extremely tough, thanks 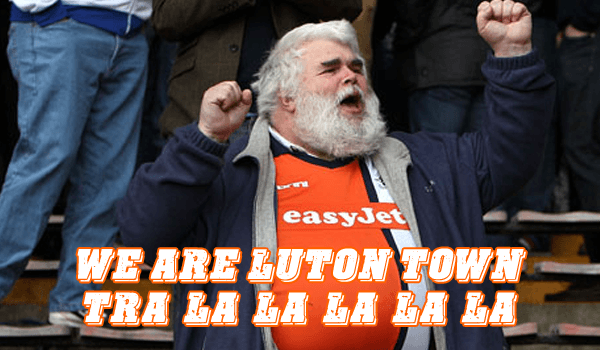 Well, what a terrific season it has been! We were expected to fight to avoid relegation, yet we claimed the league title by four points! In the 46 games we played, our record was a fantastic 30-6-10. The key to our success, once again, was a very solid defence, which conceded just 39 goals all campaign. However, it was a team effort and we can thank everybody for bringing home a third league title in three years. 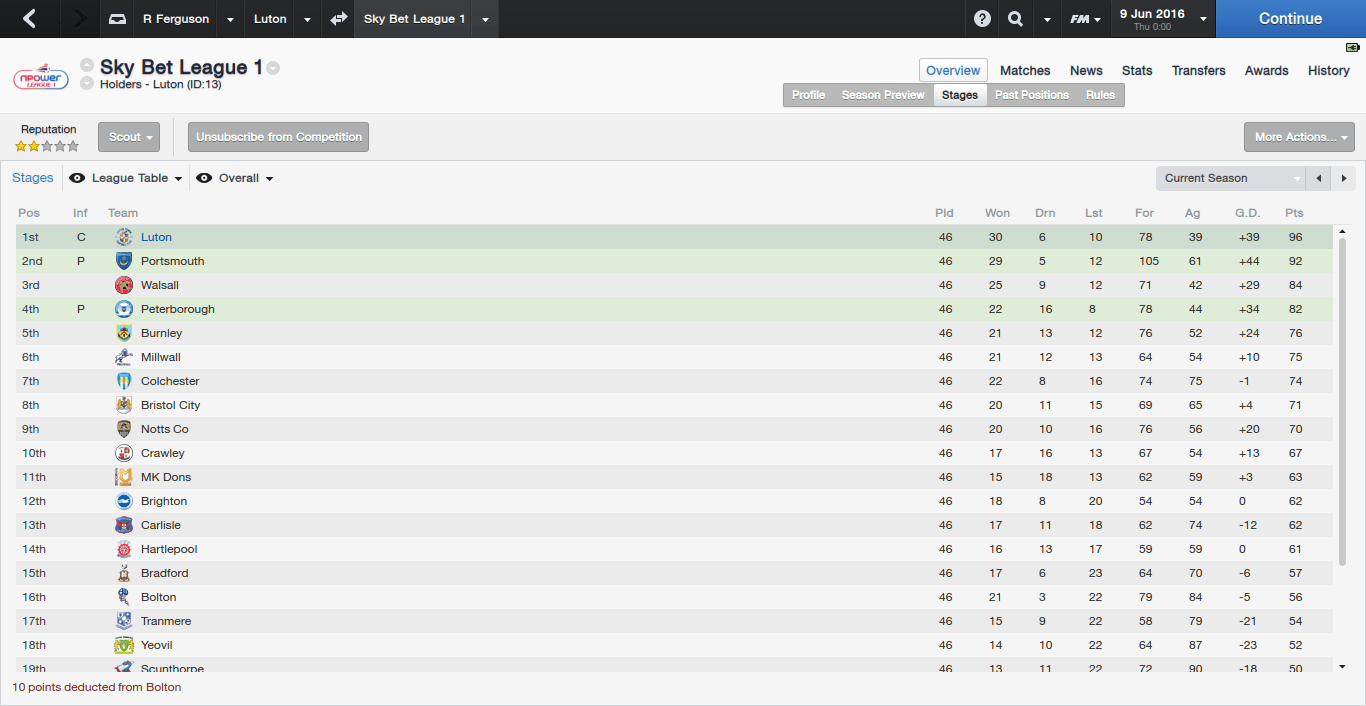 The resurgent Portsmouth and Peterborough will join us in the Sky Bet Championship next season, while Shrewsbury, York, Bristol Rovers and Port Vale endure relegation to the Sky Bet League Two. Ourselves and Portsmouth rather ran away from the chasing pack, with nobody else having the ability to keep track of our inspiring form. My target for next season will be to secure safety in the Championship, but who knows what can happen? Maybe, just maybe, we can produce yet another miracle and perhaps climb all the way to the Premier League with no pit stop! 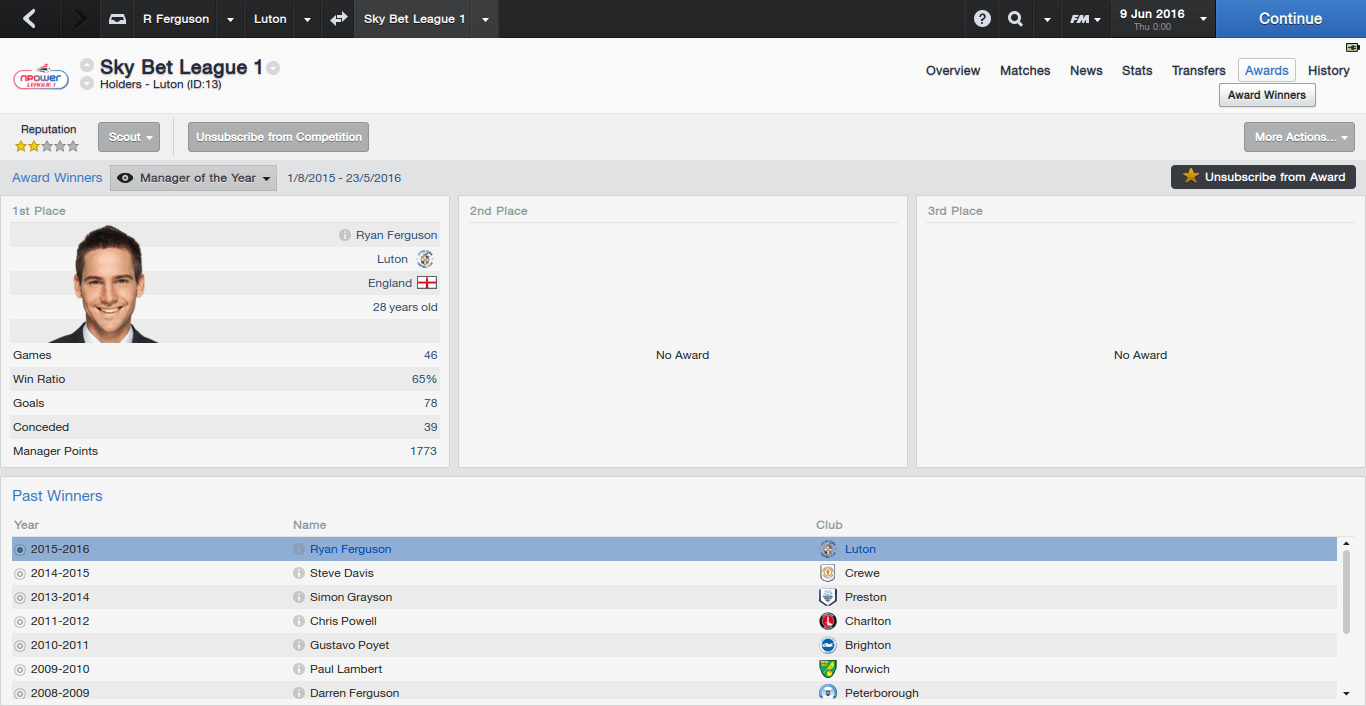 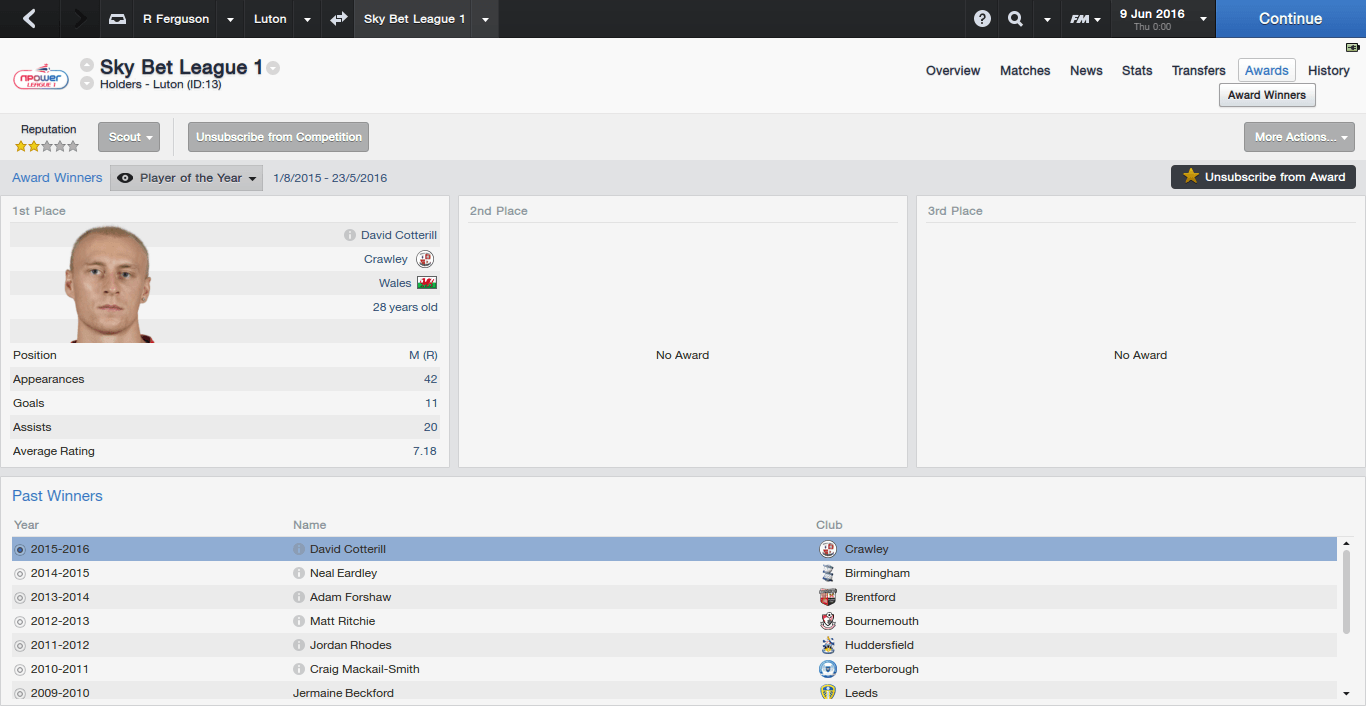 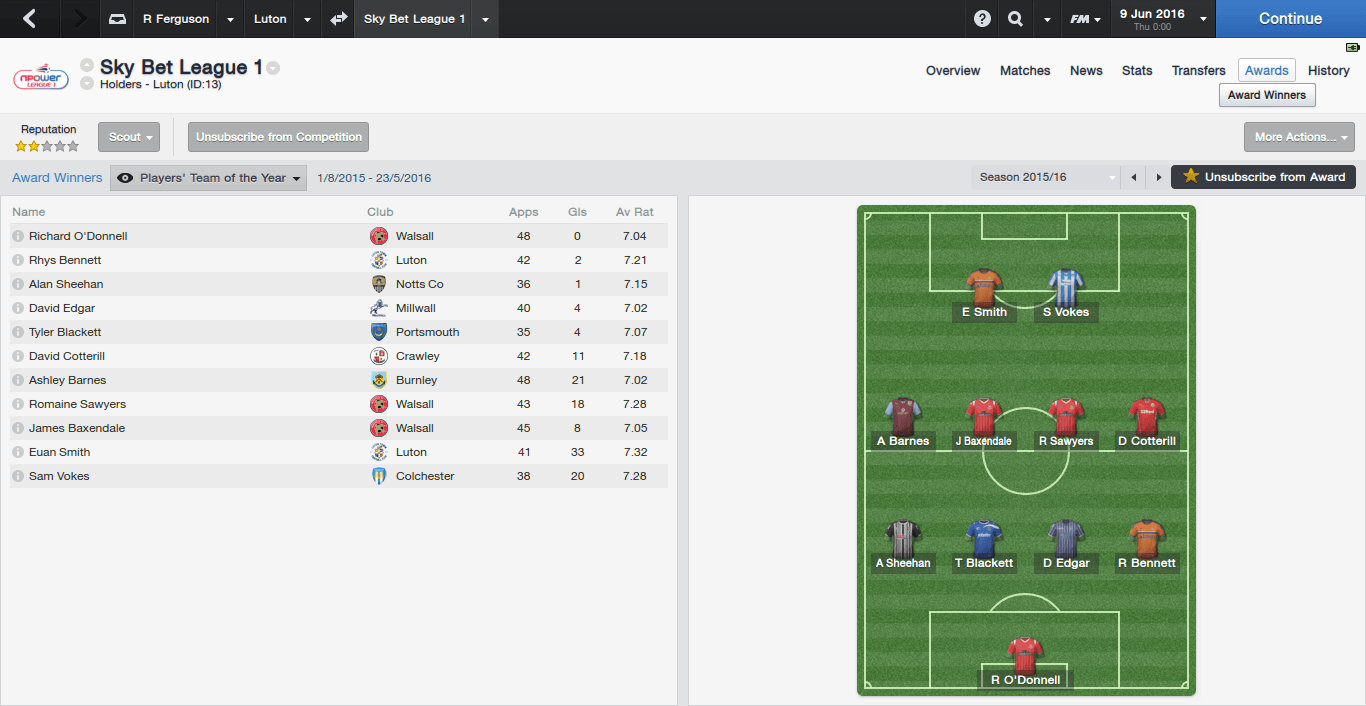 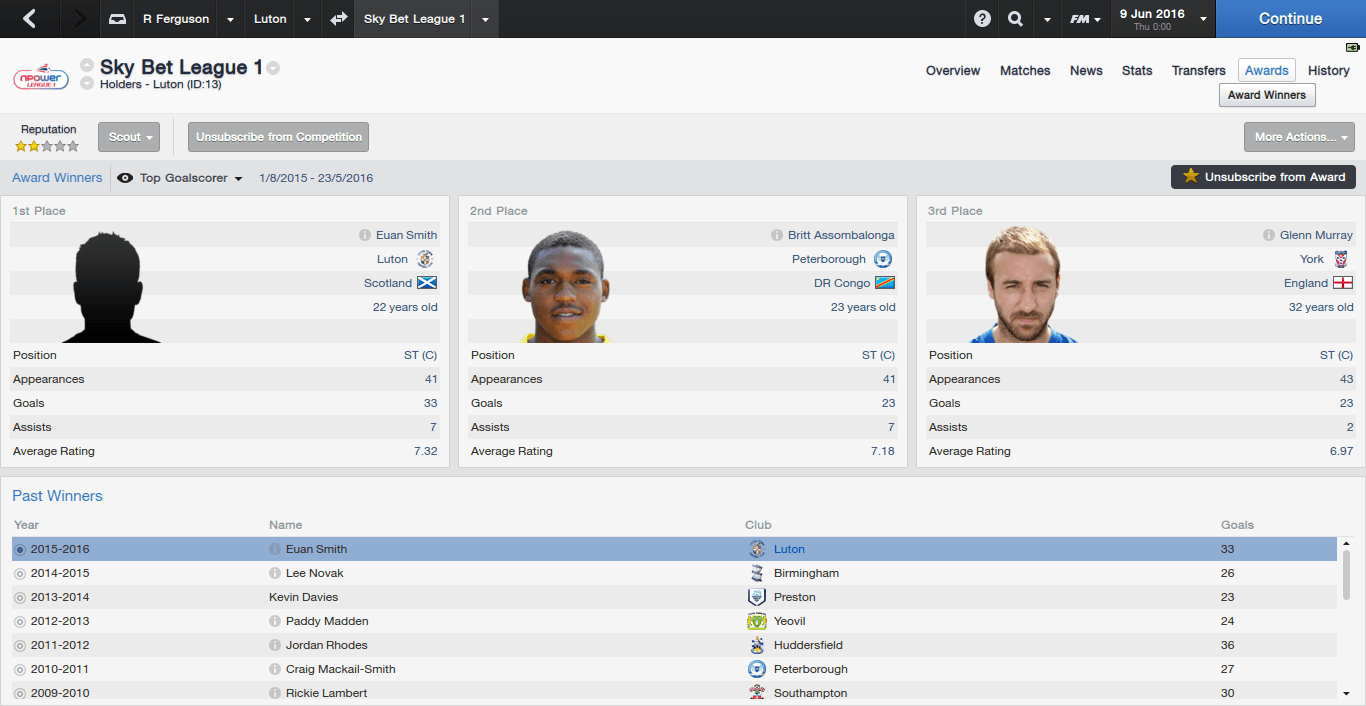 We had a good run in the FA Cup this season, reaching the fourth round. We did end up losing to Sheffield Wednesday, which was disappointing, but they did end up as runners-up in this competition, so we can be proud of how we performed. Hopefully we can reach the latter rounds once again next year! 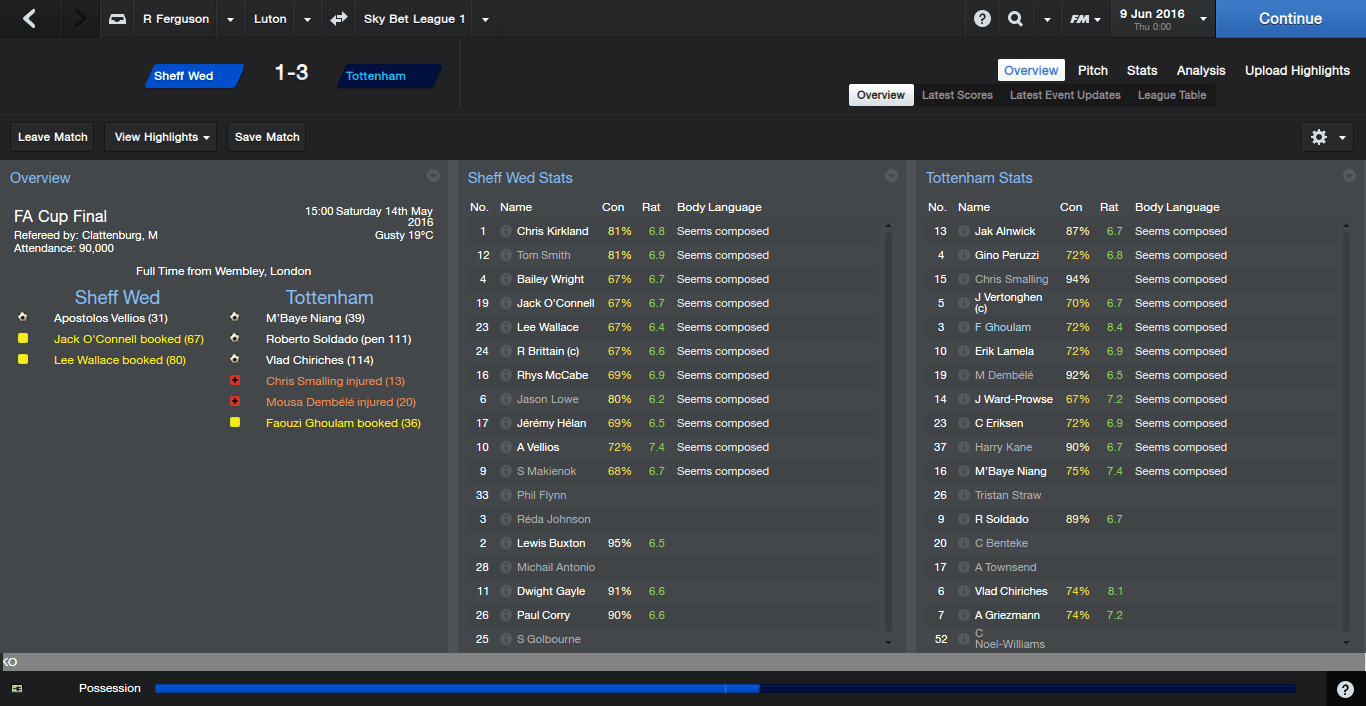 It was disappointing for us to crash out of the Capital One Cup so early on, especially by means of a penalty shoot-out. However, the league was on our mind at the time and we more than compensated on that front. 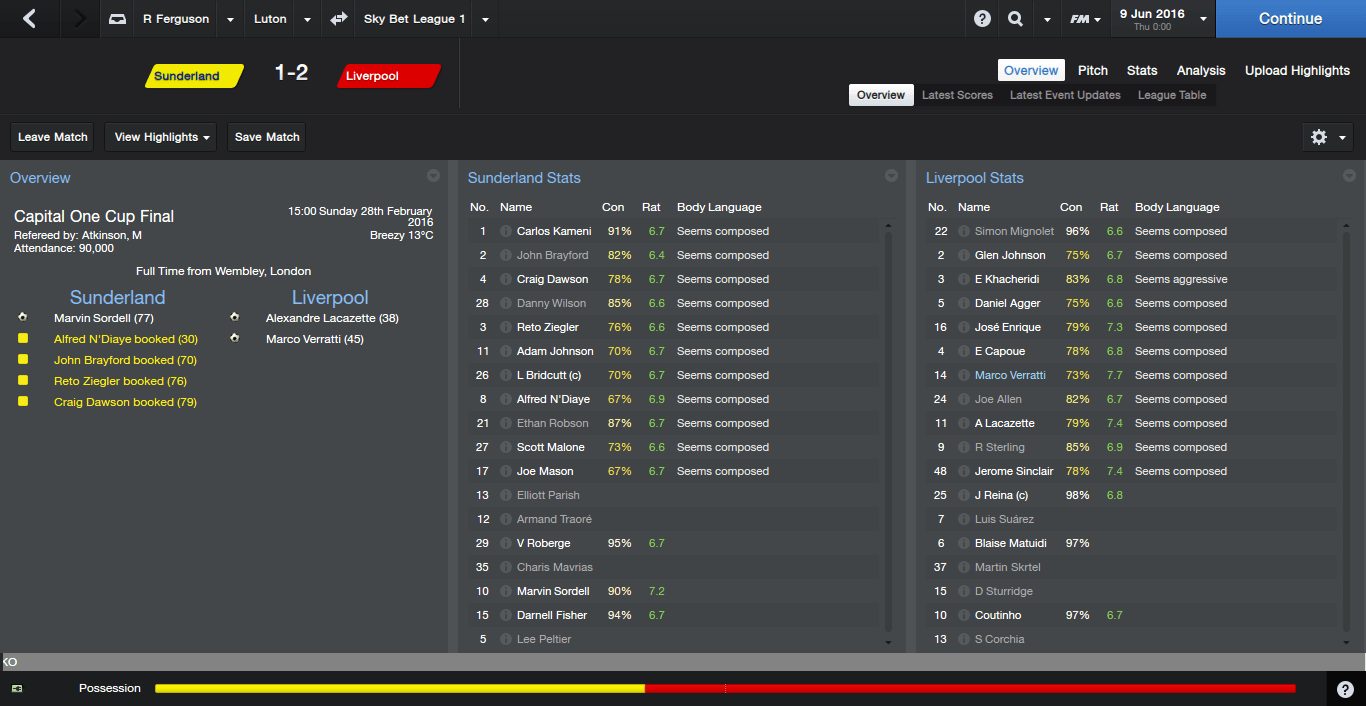 Seriously, why is this even a competition? I'm glad I don't have to take part in it any more. 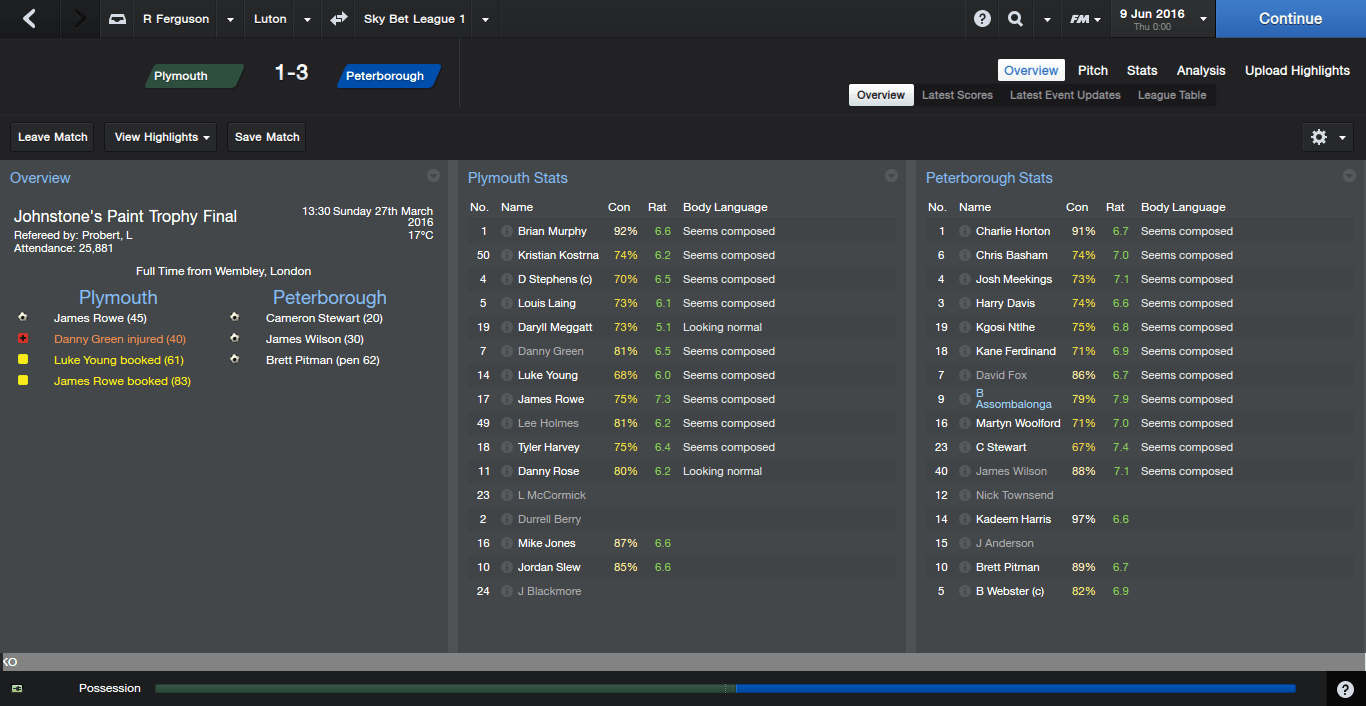 Now that that's over, we can look forward to our Player Of The Season update, and many more entertaining updates! Keep posted!

Josh_MU
8 years
A great season for everyone involved

Looking forward to seeing how you fare next season! C'mon you Hatters!
1
Login to Quote

captainbrickarms
8 years
Great job on promotion, glad to see smith in the team of the season but why isn't he player of the season!?!?
1
Login to Quote

Slid3Tackle
8 years
it was a very good season for you! Congrats!
1
Login to Quote

Specialist in success
8 years
I agree on the JPT, it is useless, I was Port Vale and mired in a relegation battle, the JPT tired my players so much that eventually I fielded a team where the oldest player was 22. It was quite damn annoying.
1
Login to Quote

The classic!
1
Login to Quote

Season Three: Player Of The Season 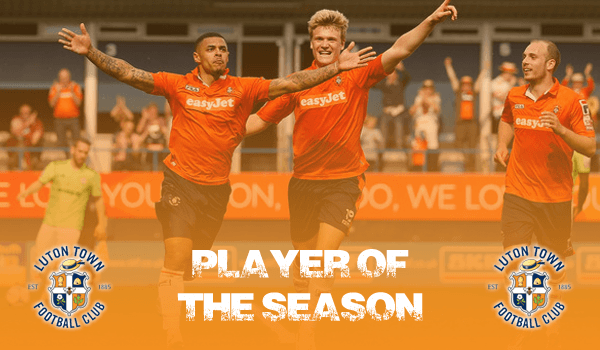 Luton Town had an absolutely tremendous season, but who were the best players of the year? In every team, there are stand-out performers, and Luton is no different. Here are our stars of 2015/2016: 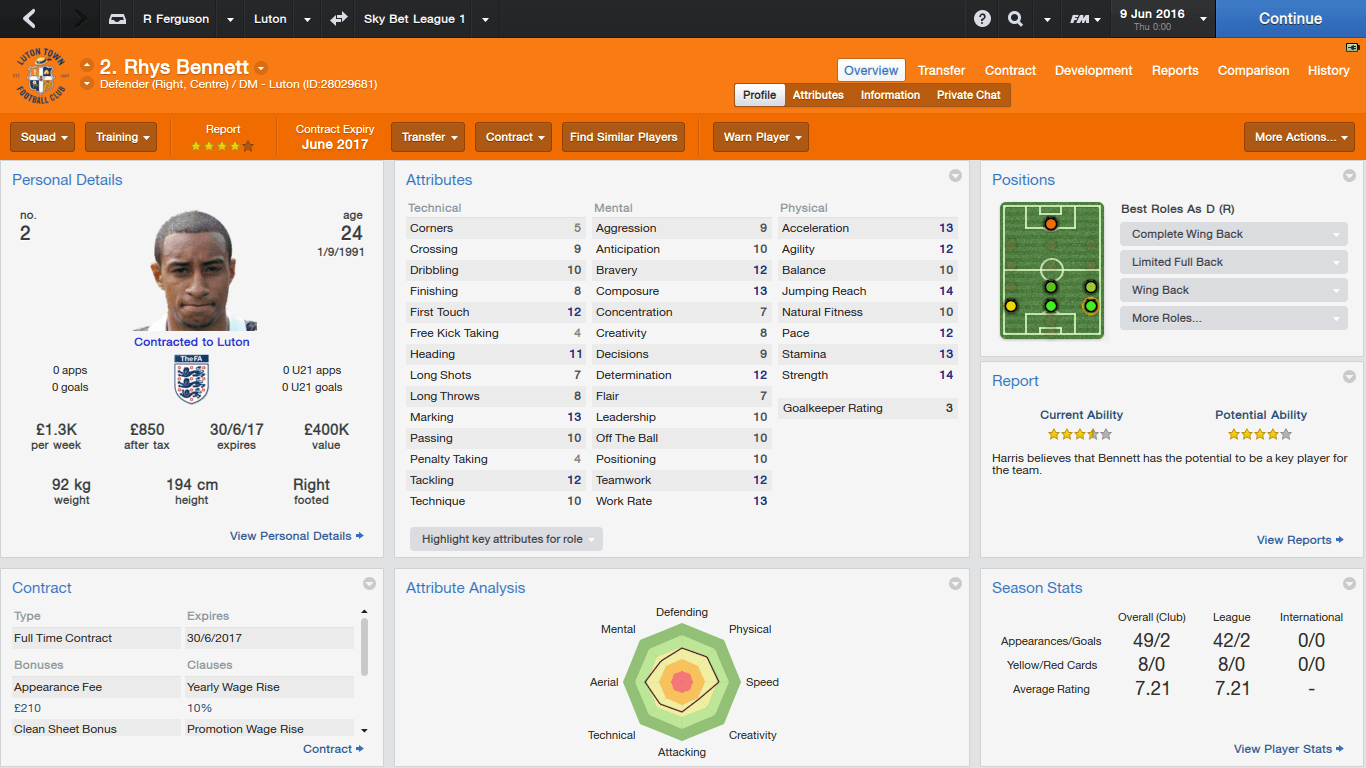 Rhys Bennett joined us for £19,000 from Rochdale this season, and the twenty-four year old full-back has been instrumental in our title-winning campaign. Deployed in the Complete Wing Back role, Bennett has played an important part in both defending and attacking. He has scored a couple and set up 11 himself, and looks to become a key part of our Championship squad next season. 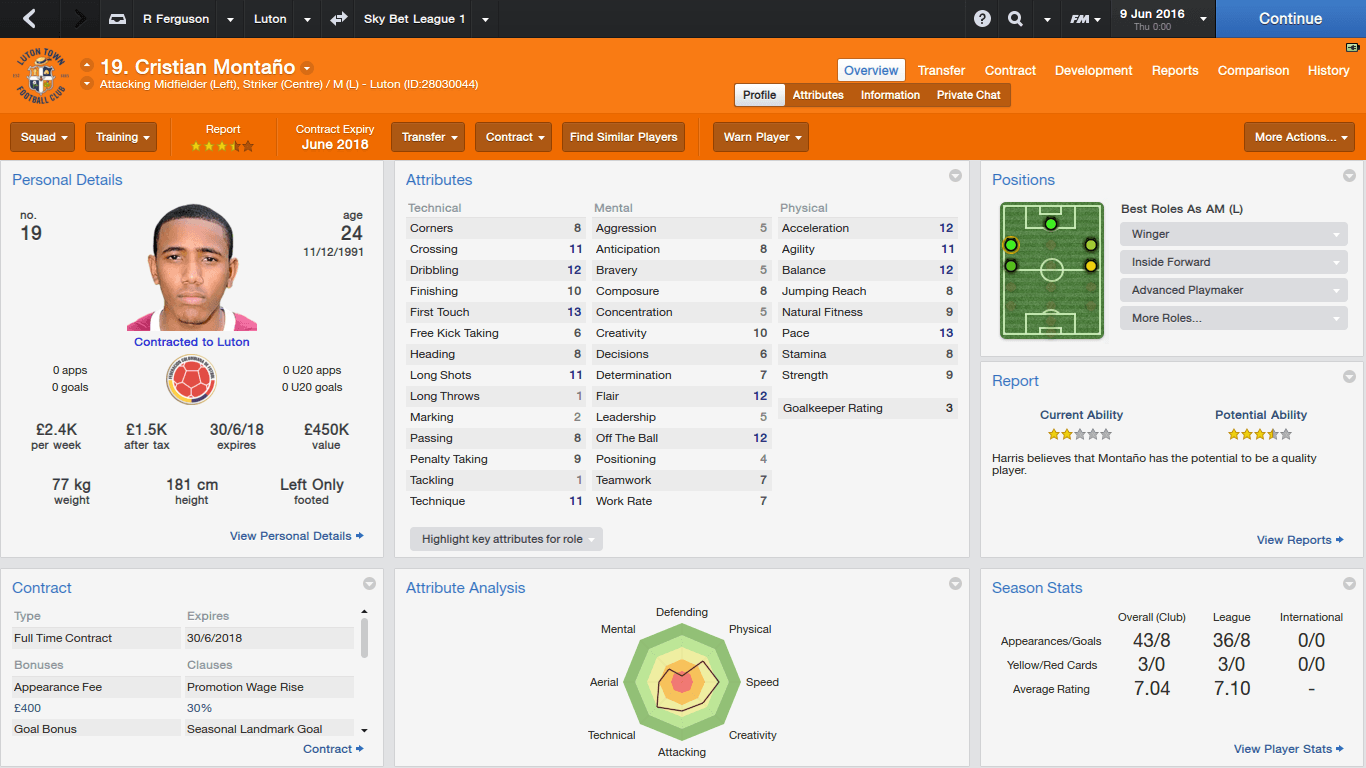 It was our contreversial Colombian sensation Cristian Montaño who claimed fourth spot for the season. Deployed in his more natural left wing position this season, the tricky attacker was a constant menace for the opposition. It may have been his lowest scoring season yet but he has become more instrumental in our build-up play for the main man Euan Smith. With 8 goals and 11 assists to his name this season, we can pleased with his contribution to a successful campaign. 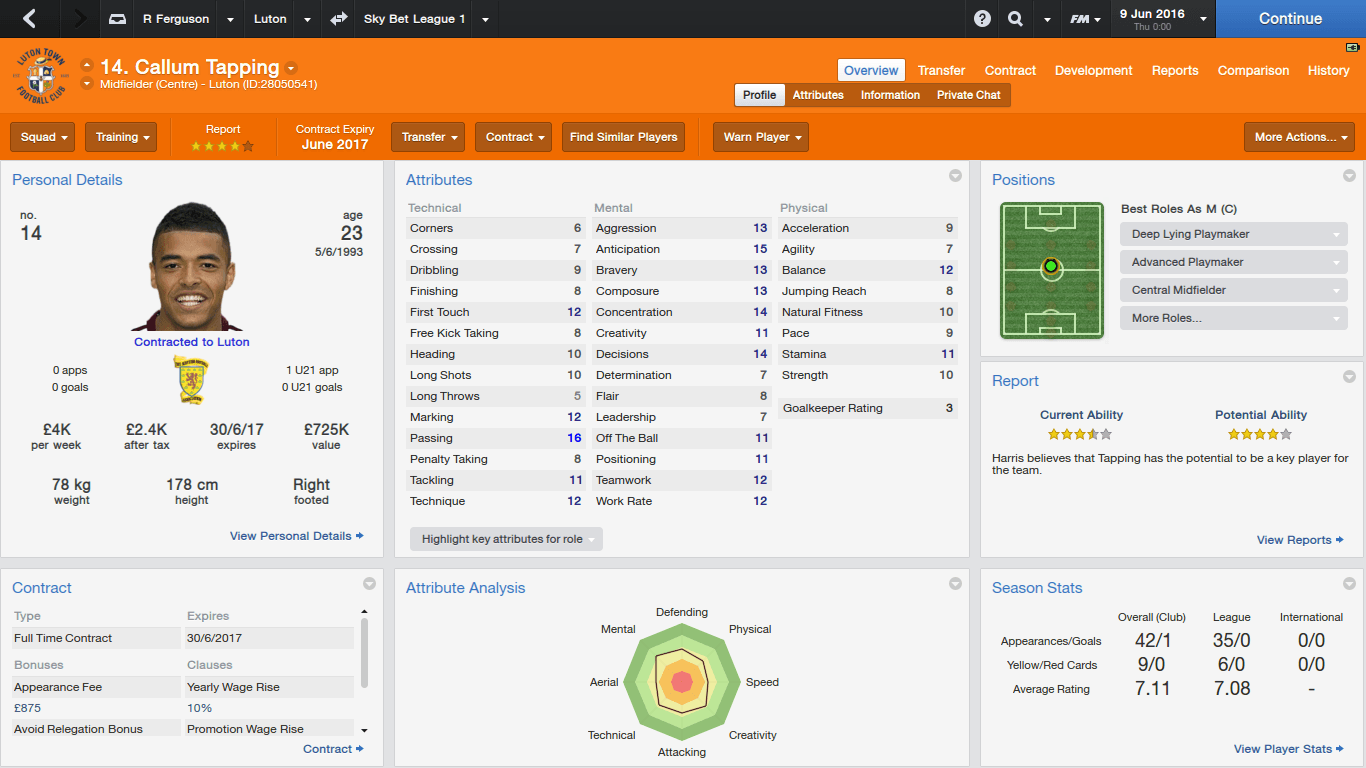 It was our Scottish midfielder, Callum Tapping, who claimed third place in this year's rankings. Playing his second season for Luton Town, he has only improved as a player and at the age of twenty-three, has a bright career ahead of him. He has been deployed in centre midfield, with the role of Deep Lying Playmaker, where his passing has been essential to our moves. He has been a joy to have in midfield. 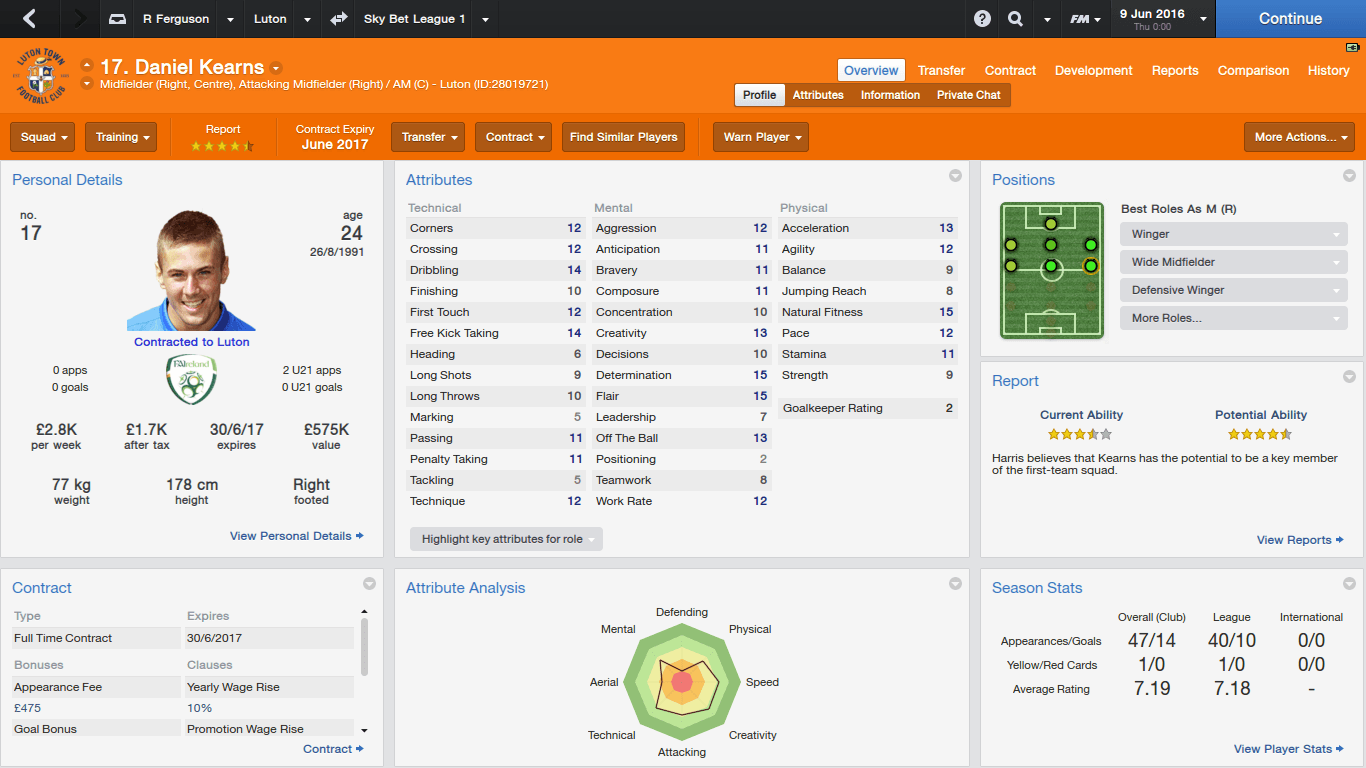 Our signing of the season, Daniel Kearns, has been our second best player of the season. After being picked up from Peterborough on a free transfer, the twenty-four year old Irish winger has thoroughly enjoyed life at Luton Town and has found a way in to the hearts of the Luton faithful. He is such a creative player, and he knows how to take his scoring chances too. His set-pieces have added a great deal to our play, and he is a key component of how we operate. 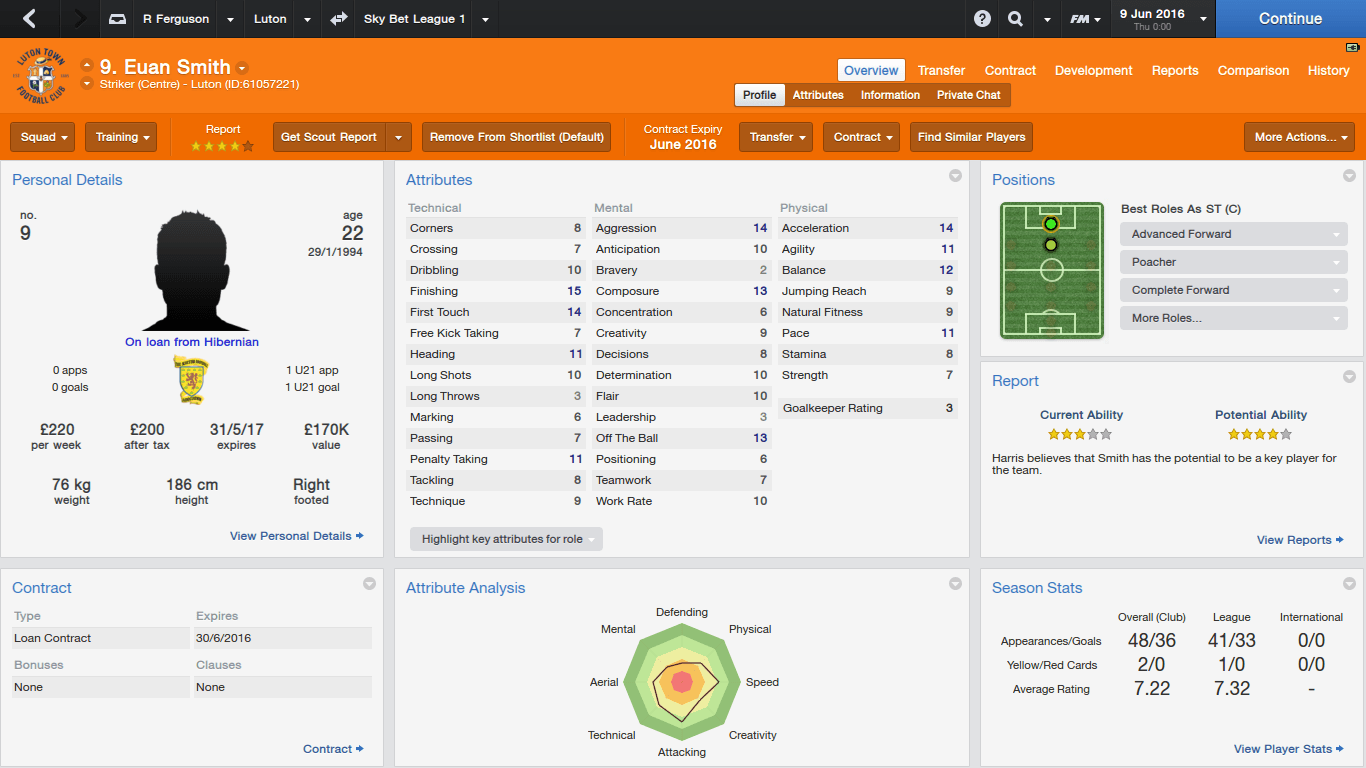 Nobody could ever steal Euan Smith's crown, even if he is only here on loan! This kid keeps on improving and stepping up to the plate, he is a sensational player to manage! He will give his all and he will produce magic. He is a true Luton legend, even if he has technically never belonged to Luton. Hopefully we can get him back next year, because we miss him already!

So that is that. Prepare yourselves for a much more lively fourth season! I know that I haven't posted much fiction content recently, but I feel that I've been able to cover that with regular "FM" updates. Next season will be different and I will return back to my mystic writing ways

Bantams
8 years
Euan Smith is an absolute animal, can't believe how well he's done for you! A cracking find if I do say so myself

Bantams, luckily I discovered him in FM13 so picking him up in FM14 was a no-brainer for me