Specialist in success, he's so good he can't even be nominated for Ballon d'Or

We completed January with three back-to-back defeats but we weren't about to let a bad run of form happen. We came from being two goals down against Portsmouth to win 3-2, which brought confidence back to our football, as was demonstrated in our 6-0 punishing of Scunthorpe. Of our eleven league games played, we won nine and drew two, losing none. I'm delighted that we managed to pick up 27 points this month, which is certainly title-winning form. On a bad note, Euan Smith became ill after our win over York and is very unlikely to feature for the rest of this season, while our three other star players Keanrs, Montano and Tapping are all out injured for the next few weeks, meaning that they too are unlikely to feature for us again this term. 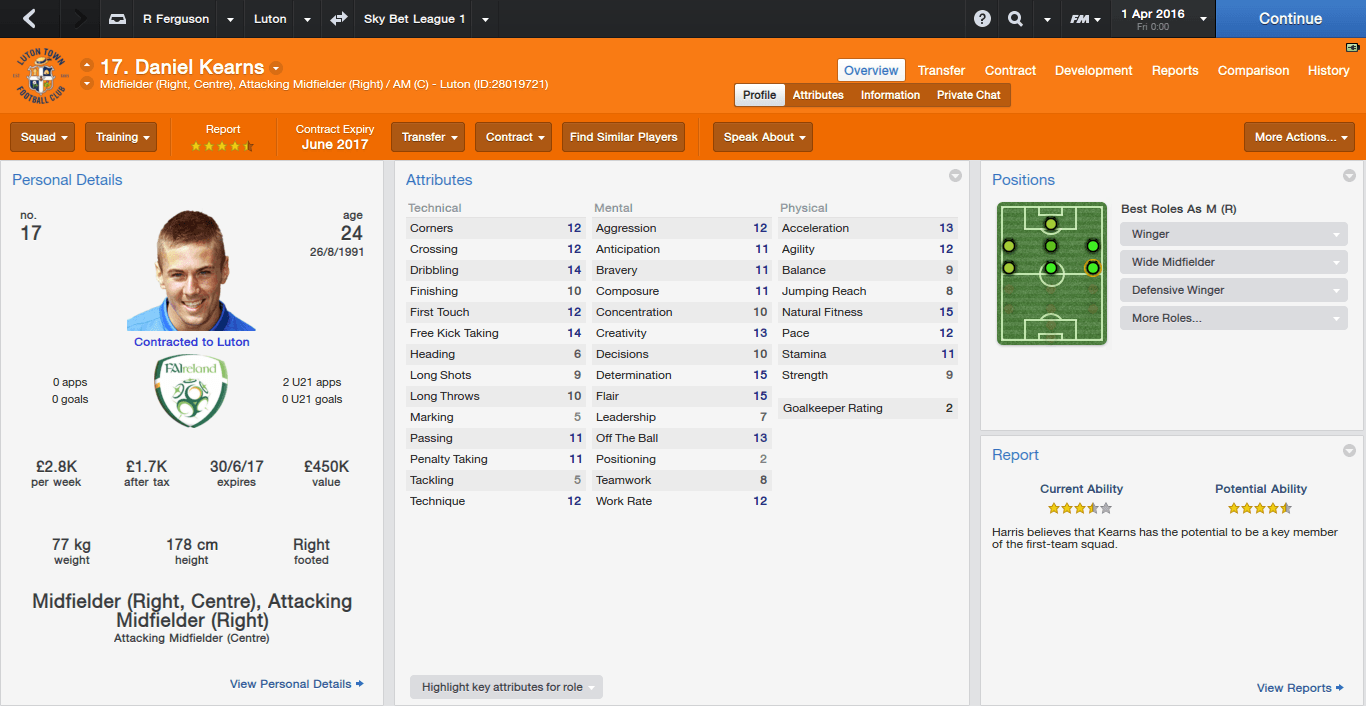 Surprise, surprise! Euan Smith did not win the award for once. Is it possible? Can it really happen? It was Daniel Kearns who was our star performer as he played more games than Euan Smith over the two months, although he did miss the last two through injury. It is great for him to end his season on a high note, and hopefully he will come back next season stronger than ever. When push came to shove, we were the team that stood the strongest over the course of the season. We stand top of the league by two points with just five games to go, thanks to our fantastic defensive record. Two points would guarantee us promotion to the Sky Bet Championship, so that is exactly what I am aiming for. Hopefully we can do enough to secure our third league title in a row, but I'm just delighted that we finished above the bottom half of the table, to be honest. What a season so far, hopefully we can end it with another trophy! 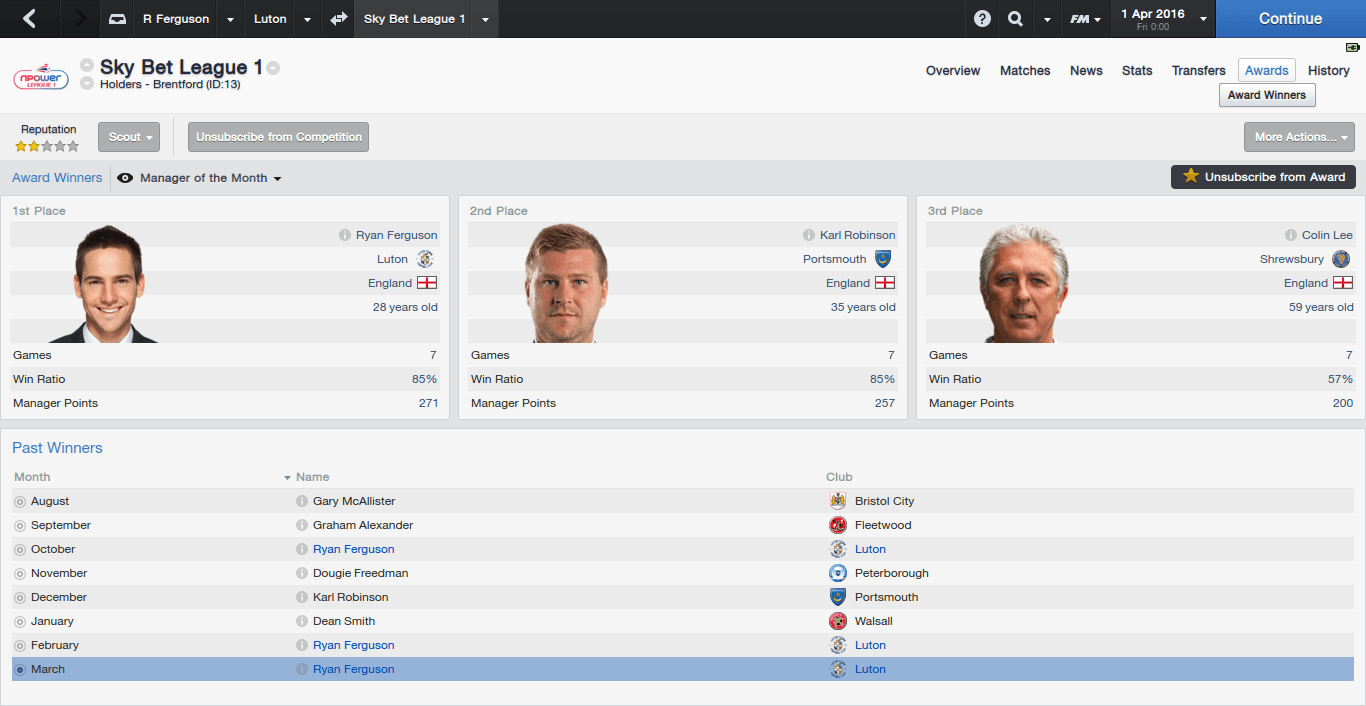 We have just five games to play, we are in the home straight. Our first match of the month at home to Shrewsbury will give us our first shot of five to win promotion to the Championship, but we have our eyes on more than just promotion. We can smell the league title, it is just inches away and only Portsmouth can deny us our dream. Who will win the league title? It all may very well come down to the final day of the season.

Slid3Tackle
8 years
you're showing great form mate! keep it up like this!
1
Login to Quote

Specialist in success
8 years • Edited
Good going! I know what it's like to be sucked into a bad run with Bolton. I was topping the table by mid-Jan, By the end of Feb I was 4th and finished the season by scraping 6th spot, I guess it doesn't help my point that I went up! but that isnt the point! You've done well, I considered keeping Luton in Leauge 2 thanks to an Andre Gray header in the last minute an achievment.

pompeyblue
8 years
Wait, wait *checks update* Euan didn't win POTM!?!?! We're second now too.....NOOOOOOOOOOOOOOOO!
In all seriousness, great update as usual and I am glad to see someone else receiving credit for your incredible results

captainbrickarms
8 years
Great results, keep this up and you are only 1 division away from the promised land!, and Euan Smith not winning POTM,I think your save may be corrupted

Well, it was inconsistent but we got more than the two points required to earn promotion to the Championship! I'm not going to lie, my heart was in my mouth for some games. Three wins and two losses in five games isn't bad by any means, but was it enough to win the title? YES IT WAS! We have won three league titles in three seasons now! I don't know how we've been able to dominate each league like the previous, but we have done it! Once again, it came down to the final day of the season where a young Euan Smith inspired a magnificent win over Tranmere to claim us our fourth trophy in three seasons. What a year! C'MON YOU HATTERS!


Another season, another league title! We just can't get enough silverware at Kenilworth Road. I will never settle for second place, I always want to win. Stay tuned for Season Review, Player Of The Season and the usual pre-season updates!

pompeyblue
8 years
Excellent season mate and congrats on yet ANOTHER league title!
Can't wait to see you win the Championship as well

Thanks, although winning the Championship is very unlikely!

Aaron
8 years
Damn, I wish I could make miracles like these happen

well done mate, glad to see Pompey go up with you as well!
1
Login to Quote