Specialist in success
8 years
Hmmmmm, Vincent Tan (sounds like it, anyway) takes over and appoints Appleton.


Believe me, I got sacked the day after I got Wrexham into L2.

I'm guessing they were embarrased by me losing 4-2 to relegated Nuneaton (Luton only managed a draw vs Forest Green). This proves a point, all FM owners are D*ckheads
Login to Quote

The Return Of The King? 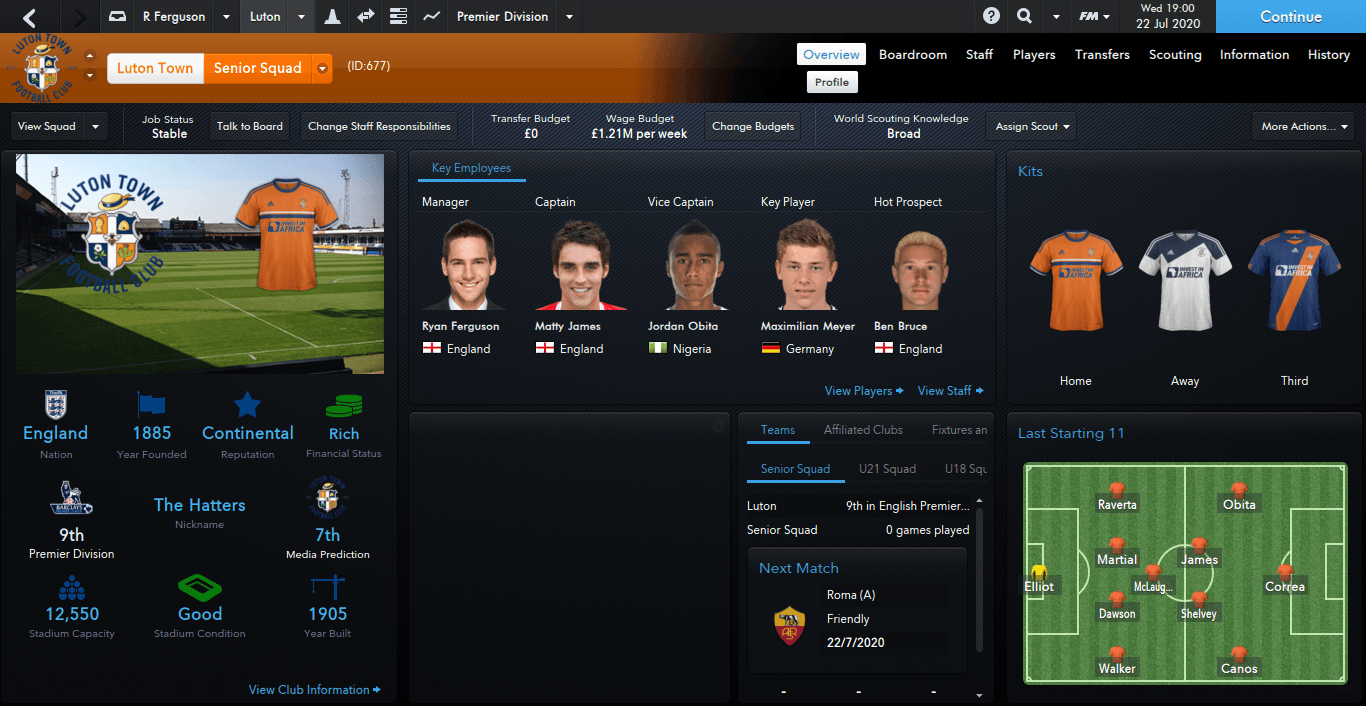 Well, as you can see, I am back at Luton Town although it is some way in the future. After I was sacked in 2018, Appleton took charge which baffled me as the board wanted a Scottish manager. Anyway, he got sacked in December 2018 and they welcomed me back with open arms. Since then, another season and a half has been played and we are now approaching the 2020/2021 season. A lot has changed and I know that a lot of you will be very confused as to what is going on. I will update you all with what has happened over the seasons that have not been posted here and you will get a look at the squad. Hopefully that will clear things up and we can continue our path to power!

Josh_MU
8 years
HE HAS RETURNED!

captainbrickarms
8 years
Yay it's back!
Login to Quote

pompeyblue
8 years
WOOOOOO! Glad it's back Justice, as you can see

Verdinho
8 years
Wow, some journey you've taken the Hatters on. I don't think I've ever seen someone get sacked with a change of ownership, so that was pretty cool (in the nicest way possible) 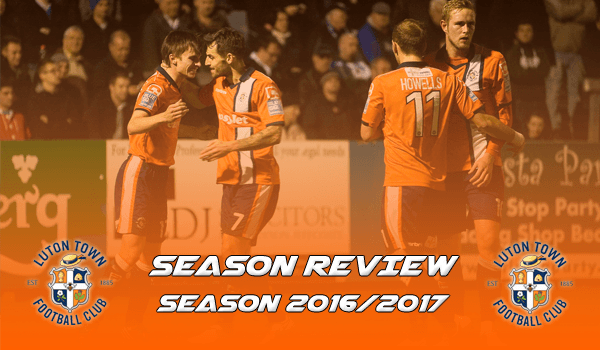 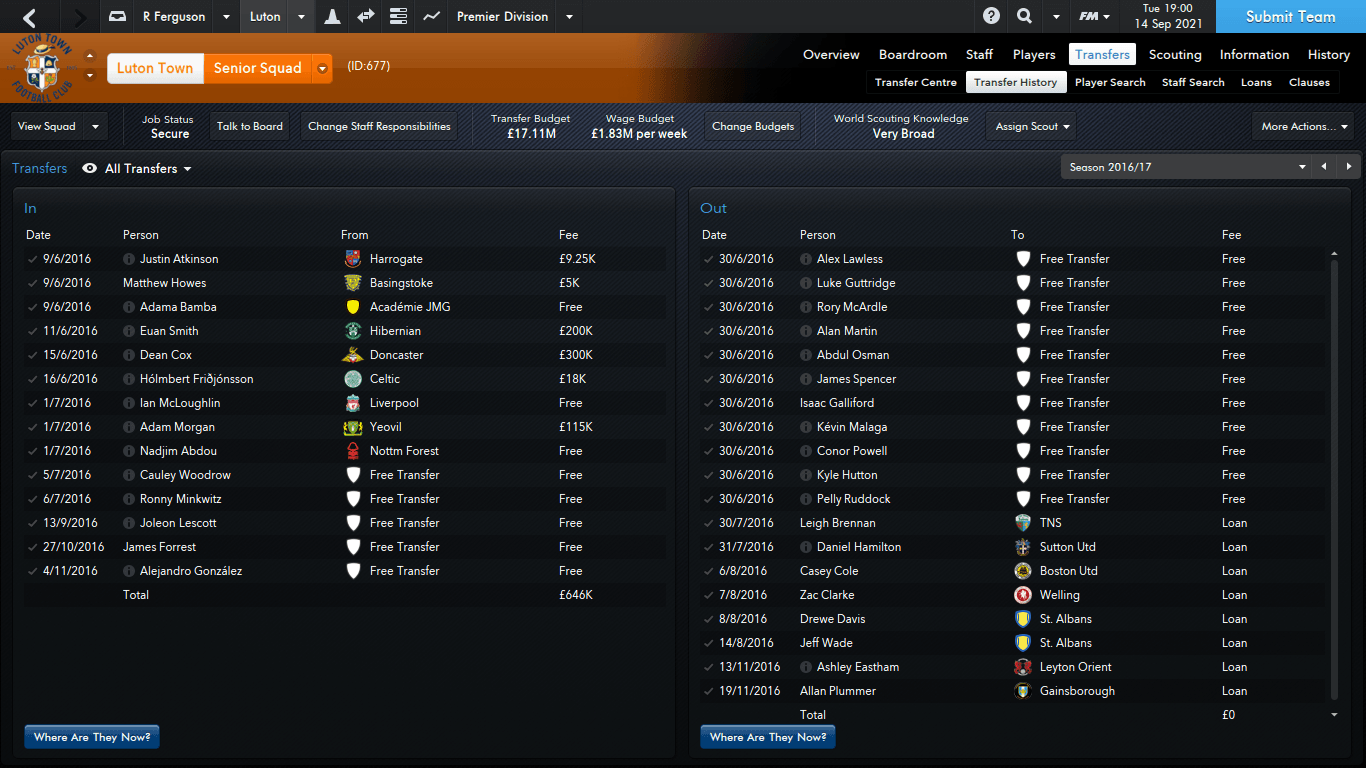 We released a lot of players including the likes of Alex Lawless and Kévin Malaga, who were important players for us in the past. However, we spent a whopping £646k to bring in no less than 14 players to help our cause. Big signings include Joleon Lescott and James Forrest, both on free transfers. 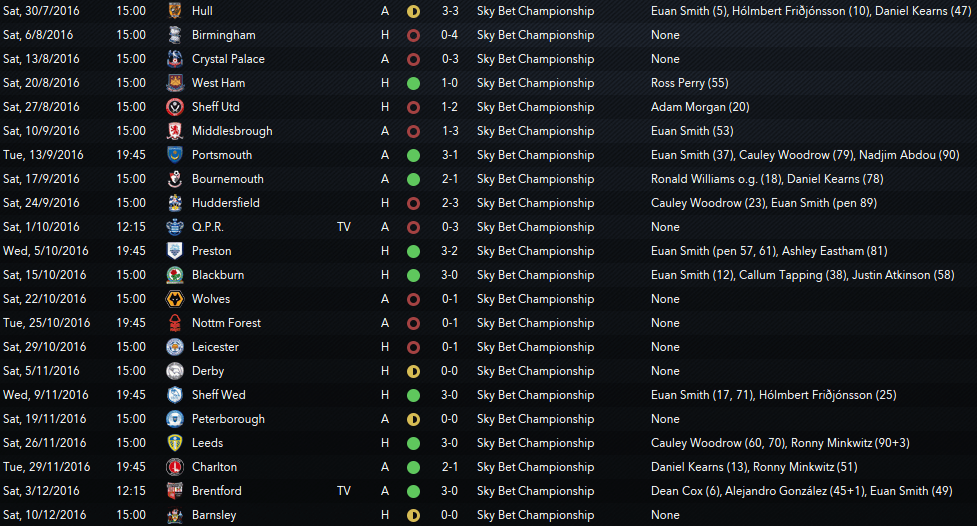 We had a very difficult start to our life in the Championship but we soon began to pick up form in November and from there on, our good form snowballed until eventually we became almost unbeatable. Our incredible record of 28-6-12 tells you exactly how good we were over the course of the season, especially during the second half of it. Our game of the season came against Blackpool in December, when Joleon Lescott scored a 90th minute winner to secure a 4-3 win for us. 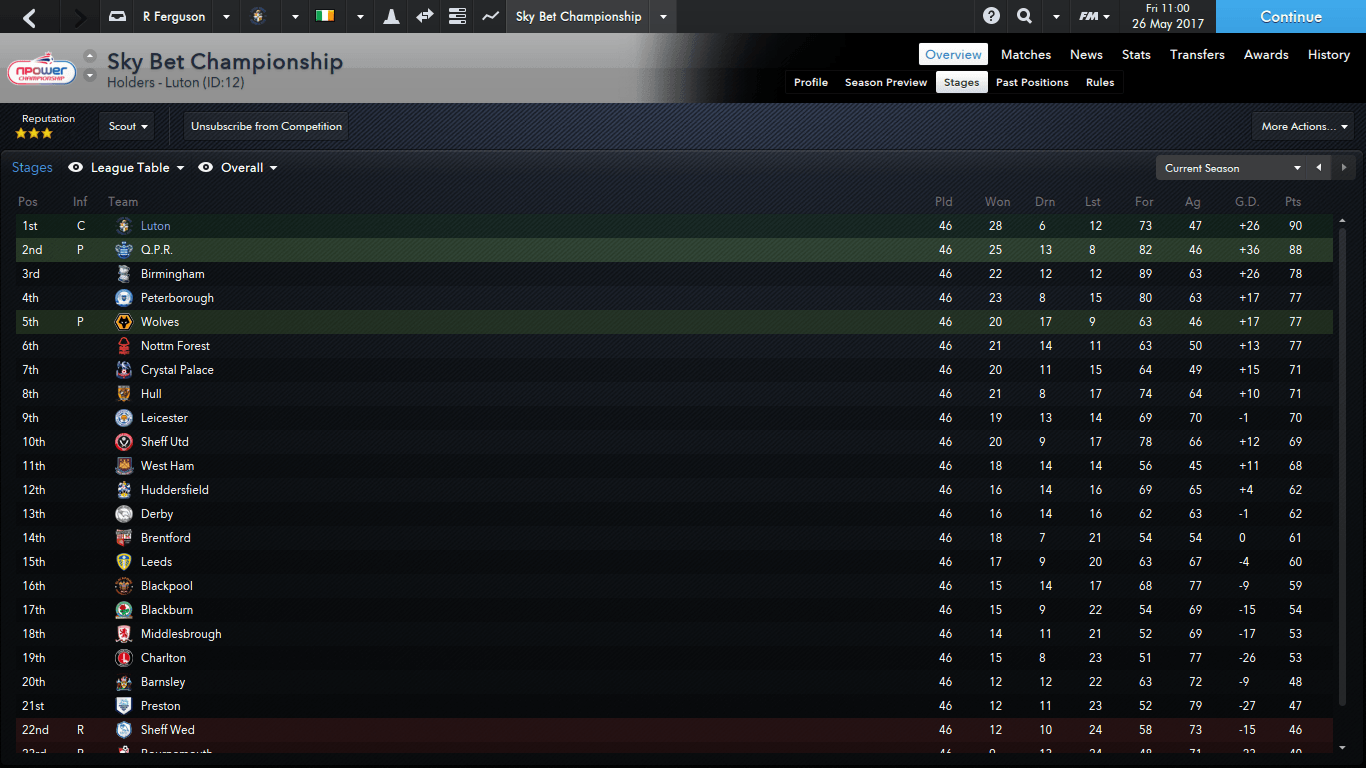 We topped QPR at the top of the table by two points after we eclipsed them in the final day of the season. Wolves is the third club of us to earn promotion to the Premier League while Sheffield Wednesday, Bournemouth and Portsmouth will be playing in League One next season. There is an eleven point gap between second place QPR and third place Birmingham, emphasising how far ahead of the pack ourselves and the London club were during the second half of the season. Well, next season we will be part of the pack again in the Premier League, where I sincerely doubt we'll win the league in our first try! 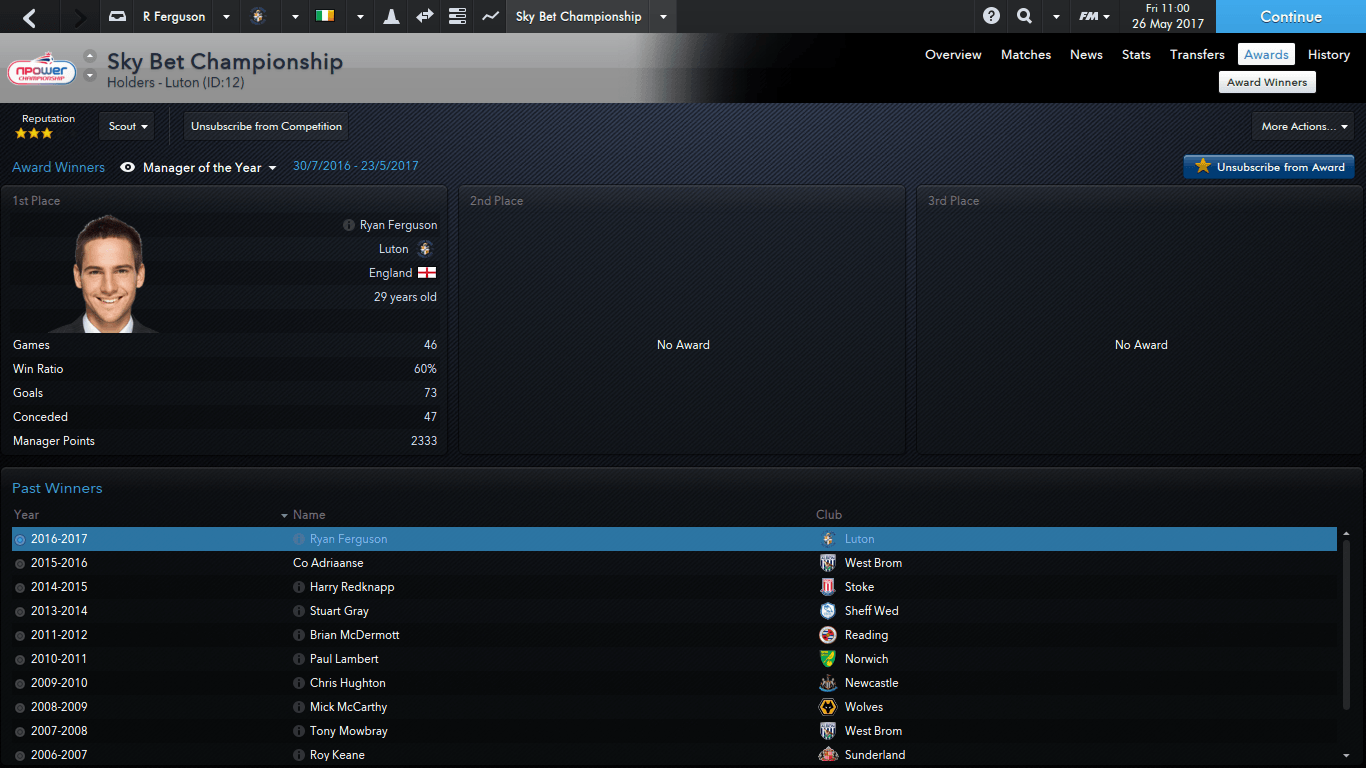 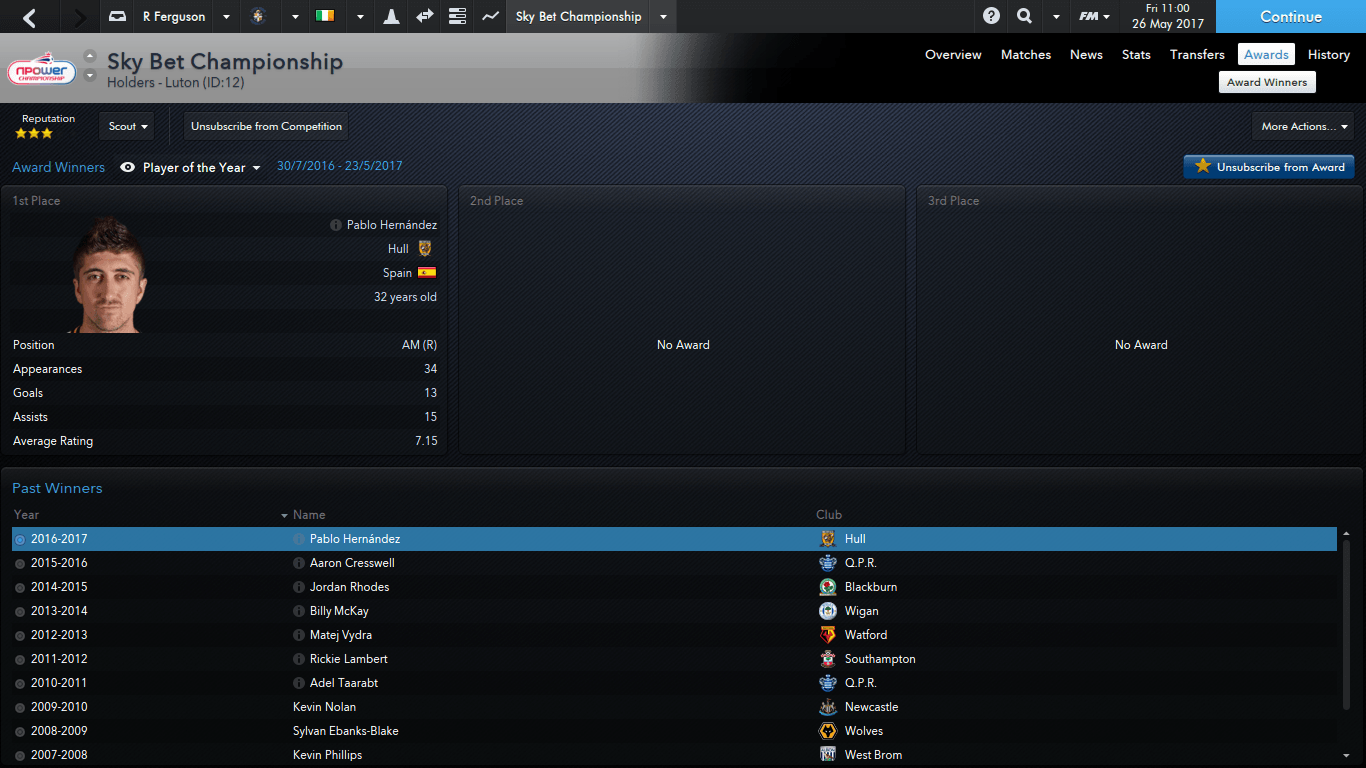 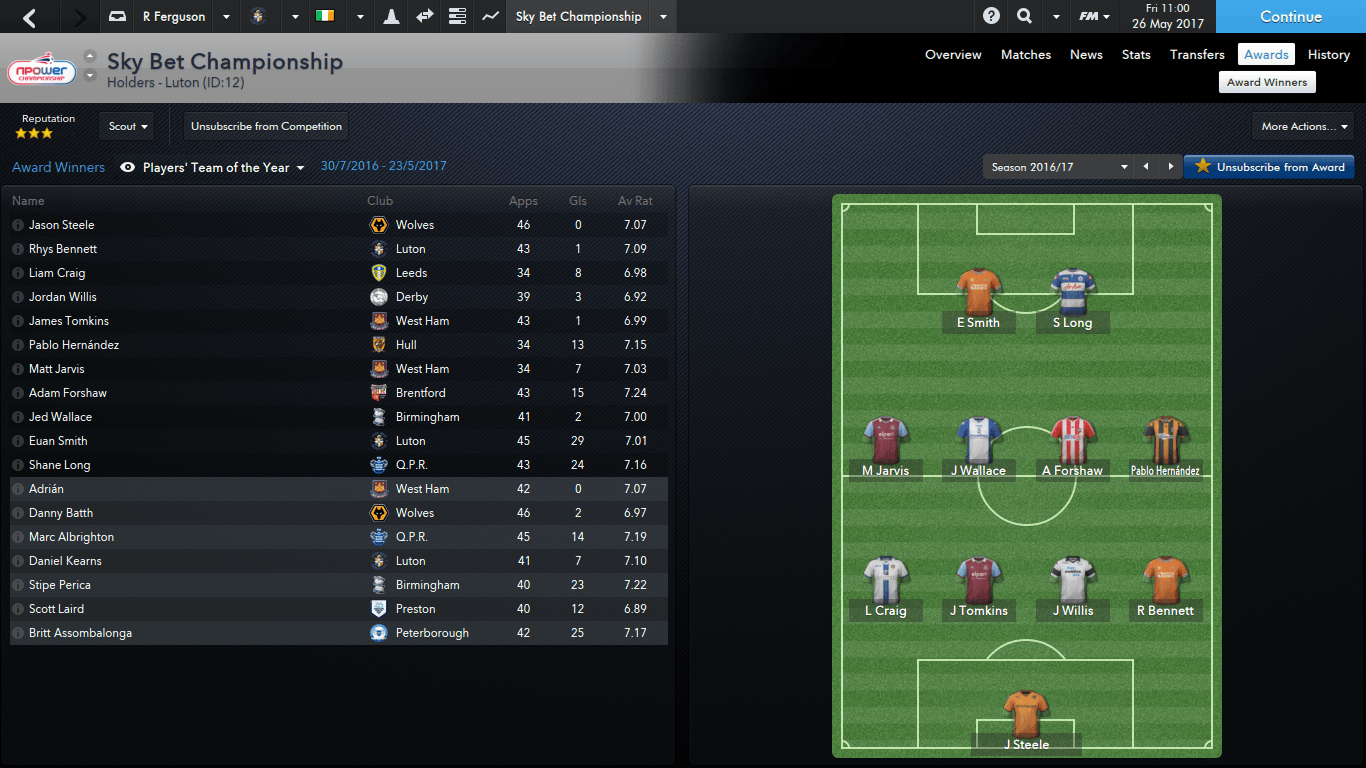 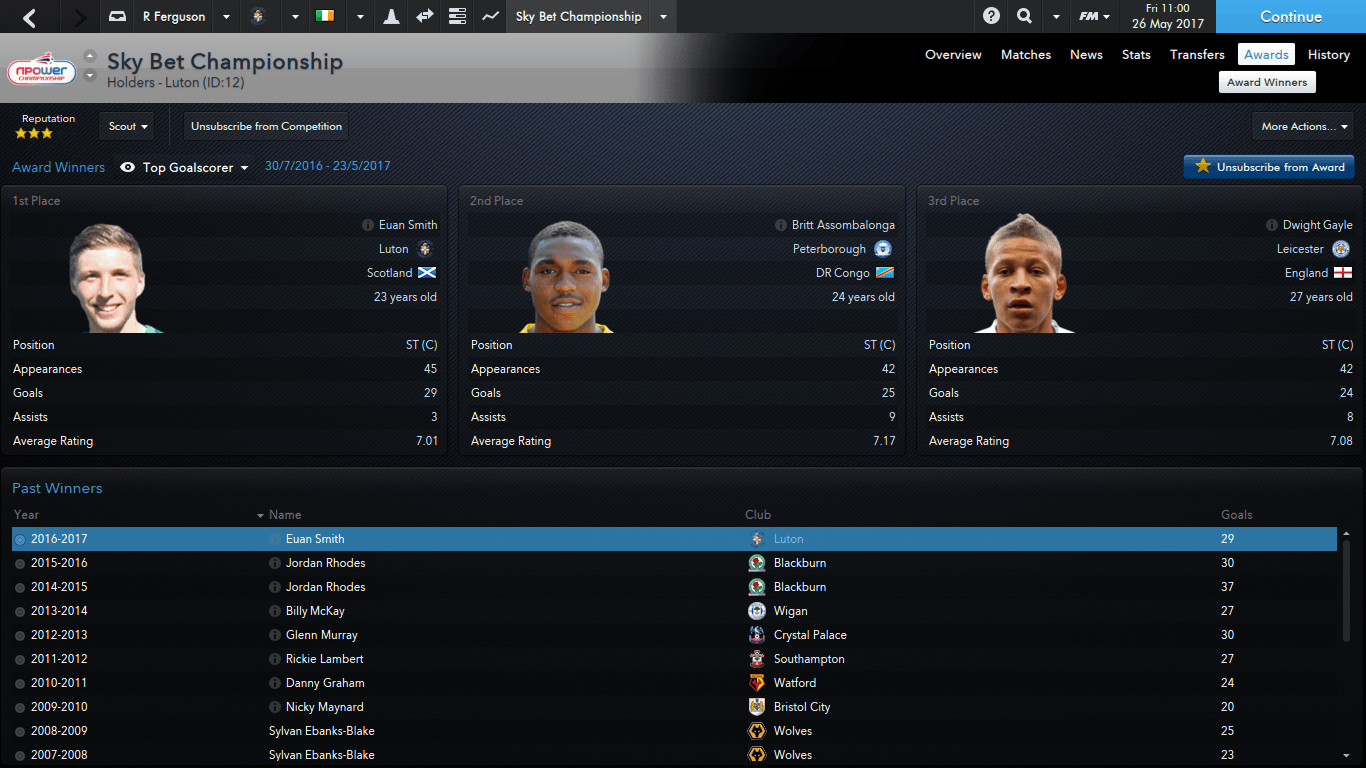 Premier League side Norwich knocked us out of the FA Cup in the third round at Carrow Road. It was never going to be an easy game but we gave it our all and produced a performance to be proud of. Hopefully we can become a more dominant force in this cup next season. 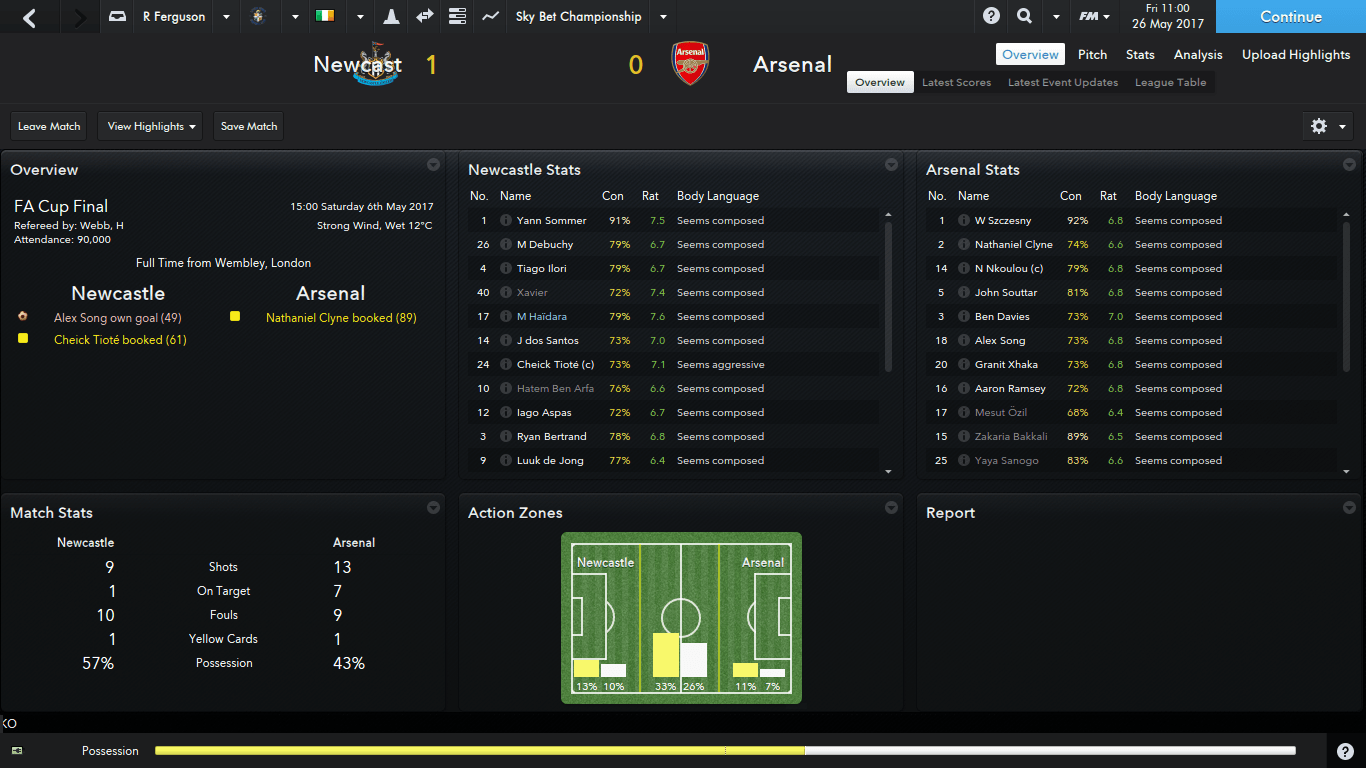 Premier League clubs spoiled our cup campaigns this season as West Brom knocked us out of the Capital One Cup. Hopefully we can do better next year. 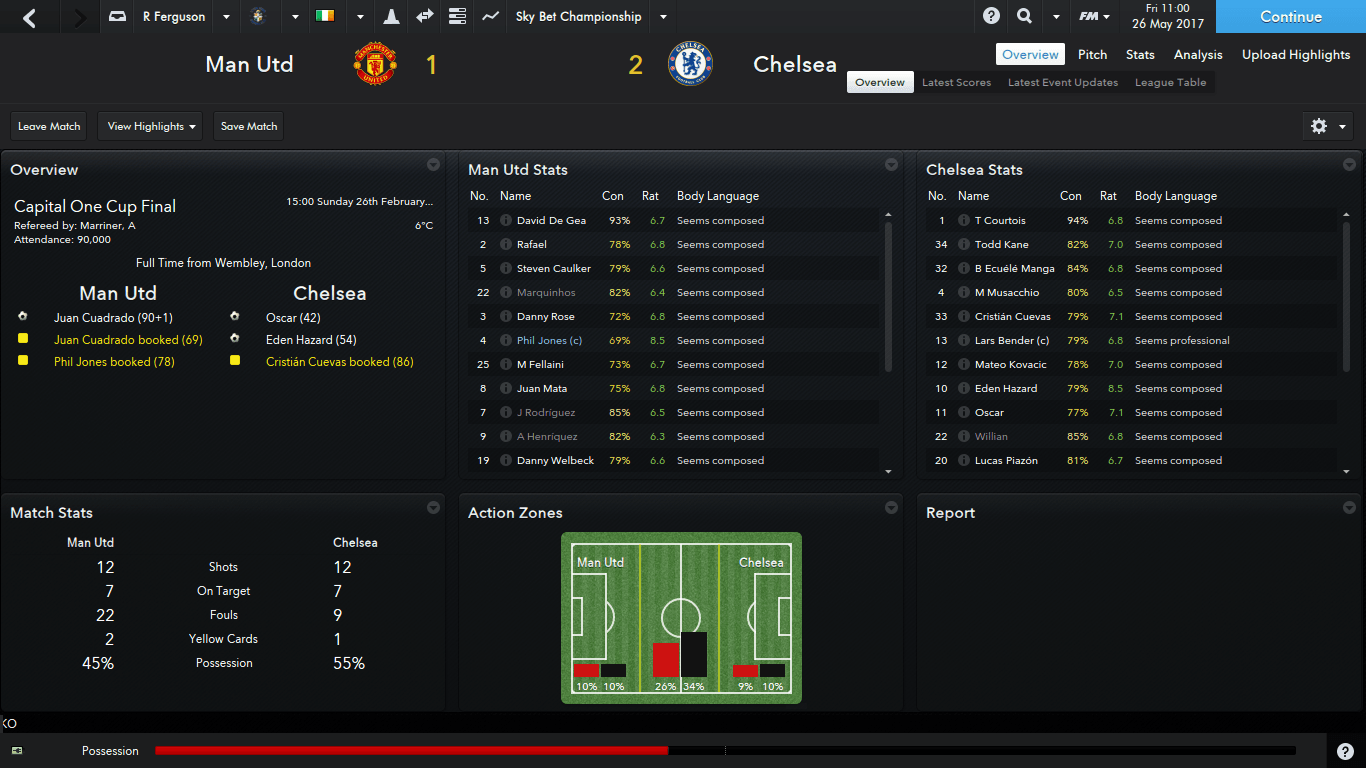 I did have this update pre-written for several weeks, if not months, so there will be no Player Of The Season piece in this. I will update each season that I have played in the same manner as this until I have caught up to where I am, then I will do two updates per season: July-December & January-June.

pokarioboy
8 years
Great update, never seen a story from you before but your update are amazing and neat. Great job!