Griffo
6 years
*Braces Himself For Epicness*
Login to Quote

Walter
6 years
Thanks guys for all the comments, I can confirm this signing is actually huge - like... monstrously big! Stay tuned

TVDLC123
6 years
The awkward moment when it turns out to be Bebe...
Login to Quote 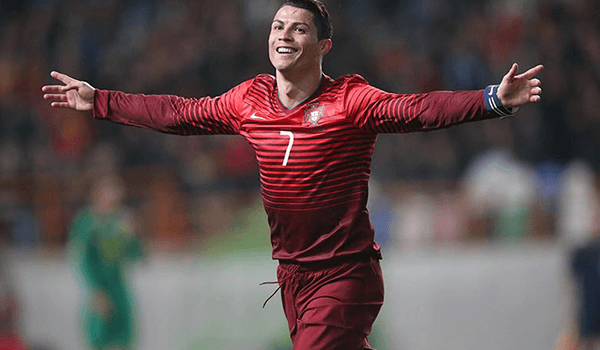 Cristiano Ronaldo has returned to Portugal to play for Oriental Lisbon

Oriental Lisbon have confirmed the signing of Portuguese legend Cristiano Ronaldo following the 35-year old's release from Spanish giants Real Madrid only a month ago. The player confirmed the deal on social media soon afterwoods.

The club, then the player, were quick to announce the deal after all contract negotiations had been completed and the ex-Manchester United forward had been registered to play in his new side's Primeira League campaign.

Ronaldo, formerly of Oriental's crosstown rivals Sporting, has admitted he was highly pleased to join Oriental because he was looking forward to returning to his homeland Portugal and raising his son there, too.

The 35-year old had spent the past eleven seasons at juggernauts Real Madrid but was released as manager Paulo Fonseca looked to bring in a more youthful side upon inheriting it from Italian Carlo Ancelotti. 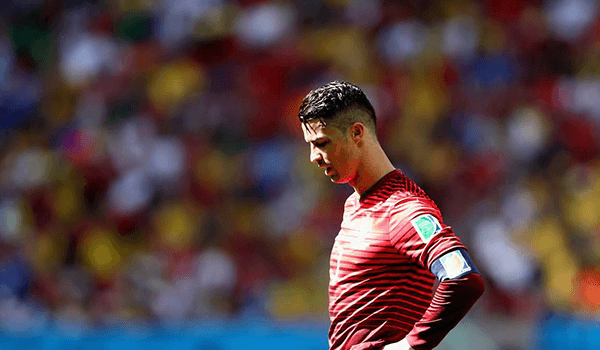 Ronaldo retired from international duty after a disastrous 2014 World Cup

He remains Portugal's all time leading scorer with 48, one in front of ex-PSG star Pauleta and has amassed 108 caps for his side prior to his retirement and fans view him as one of their all time greats alonside others such as Eusébio and Humberto Coehlo.

"I'm especially pleased to be here," said the iconic winger/forward. "I've lived in Lisbon before and I am pleased to be back. I am back home, and I can play football at the same time. This is a great team with a great setup and I can't wait to help out!"

The player was officially presented to fans only a matter of minutes ago, with several thousand Oriental fans flocking outside the stadium to see their new marquee signing in the flesh. anager Vitor Martins said of the deal, "Despite his age Cristiano is an incredible athlete and is still a great footballer. He can become a mentor and also provide us with extra depth on the wings." 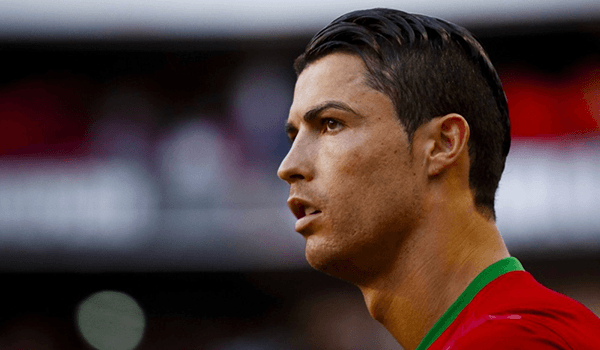 Fans were ecstatic about their new signing, several posting their thoughts and opinions all over social media. The majority of supporters have welcomed the superstar to the Campo Eng. Carlos Salema, saying his experience will prove vital. Others, however, aren't so sure about his age.

"Time will tell what will come of this transfer," says Portuguese football journalist Hugo Ribeiro. "But what we know for sure is he's a proven footballer and a top tier athlete, it wouldn't surprise me if he did very well here at Oriental." 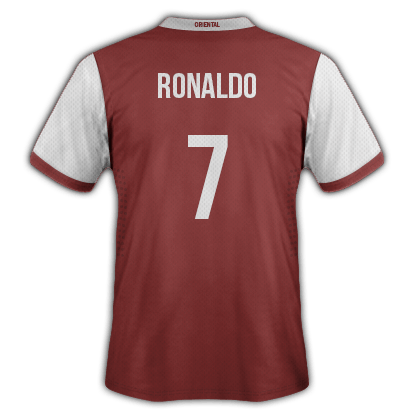 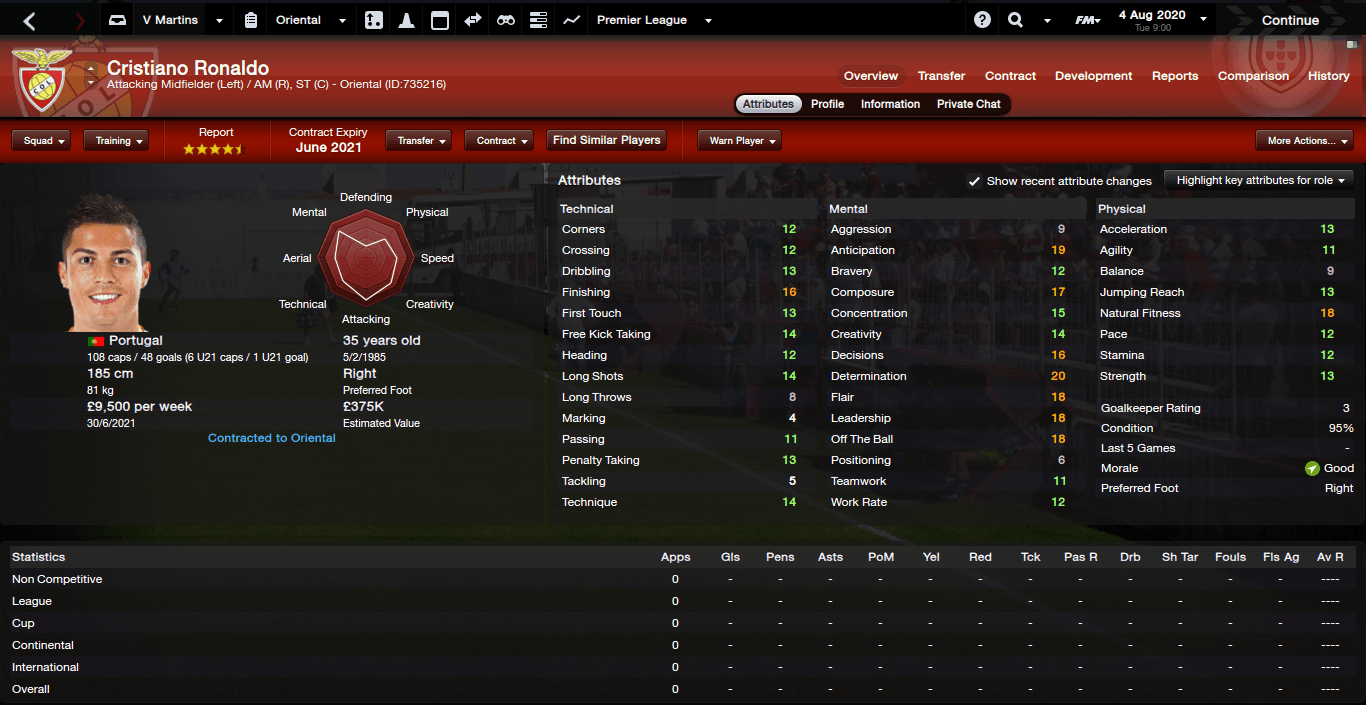 Xander
6 years
WOW! The return of CR7 to Portugese football - he better get that number.
Login to Quote

Josh_MU
6 years
omfg you do not understand my love for Ronaldo! I'm shocked you've actually got him!
Login to Quote

And, just for you.

Joe
6 years
What a signing!
Login to Quote

Ducksworthh
6 years
Wow, that was unexpected. Quality signing. A bit odd how he has taken about a 500,000 pound drop in his wage check, but each to their own

That's what I found awfully weird. His first offer was £12k a week...

I boosted the agent fee and got it down to £9k and he signed the next day. Initially I just wanted him as staff though